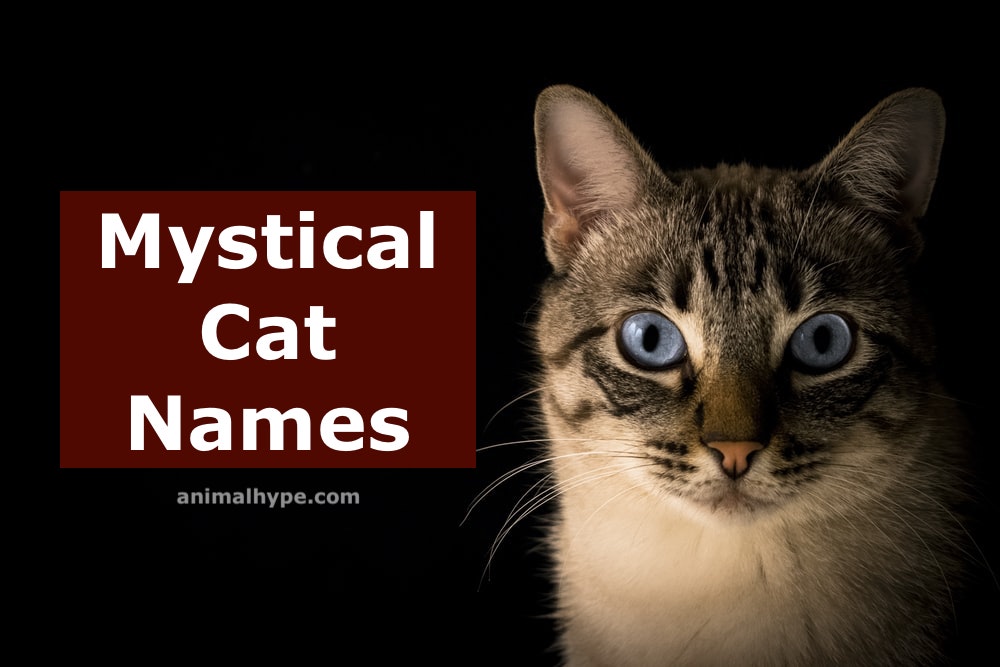 For millennia, cats have appeared in different mythologies and literature. They have represented deities and have also made complex and nuanced characters. In addition to that, cats have also been associated with witchcraft and magic.

In Japanese culture, cats are considered lucky, and they were sacred in Ancient Egypt. Also, in 17th century Great Britain, visitors would have to kiss a family’s cat’s head to ensure a pleasant visit. Thus, keeping all of that rich history in mind, perhaps you could give your pet cat a name that hints at its mystical heritage.

If you’re looking for a guide to help you select a name, this article contains mystical names for cats for you to ponder about. So put your thinking pants on, and let’s get to it!

Nekobasu: Nekobasu is a character from the 1988 Japanese animated film My Neighbor Totoro.

Nekobasu is assumed to be male, and it’s a giant cat that also happens to be a bus. This cat-bus then takes people around to different parts of the area in the film.

Aslan: Aslan is the lion and one true king in the novel, film, and TV series The Chronicles of Narnia. This mystical big cat is the only character that appears in all of the books by C.S. Lewis.

If you’re looking for some more male mystical cat names, take a look at these.

Siamese cats originate from Thailand, and they have a unique slender body. Their fur color on their bodies is usually light, ranging from white to beige, but their faces, tails, feet are much darker in comparison.

If you have a cat of this breed, here are some mystical Siamese cat names that may interest you.

Tao: This is the name of the Siamese cat in the novel The Incredible Journey by Sheila Burnford.

Tao travels with two dogs called Bodger and Luath. This Siamese cat is a clever survivalist and hunter. So, he’s significantly helpful when the three of them look for the family that they have seem lost for a long time. This cat is also incredibly loyal to the beings it loves.

Blue: Siamese cats have distinctive blue eyes, so why not give it this simple name.

Take a look at some more options for your Siamese kitty. 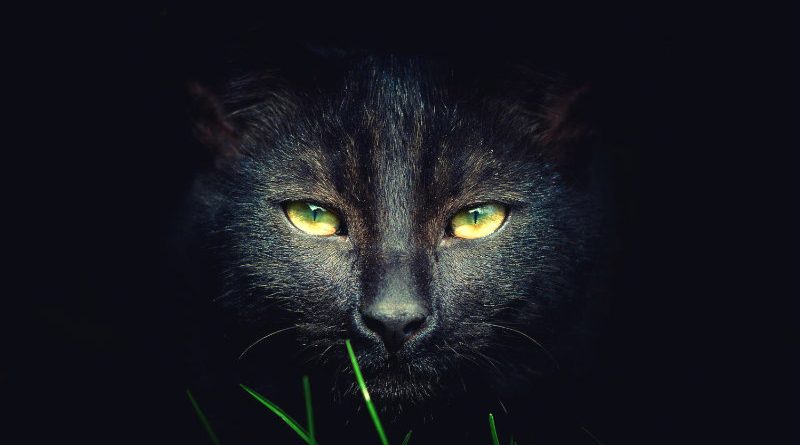 Bagheera: Bagheera is one of the main characters from Rudyard Kipling’s novel and the films The Jungle Book.

Bagheera is a black panther who is the “man-cub” (as he calls it) Mowgli’s friend—a boy raised by wolves in the Jungle.

Bagheera also takes care of Mowgli and protects him against the tiger Sher Khan. If your black cat is a strong protector like Bagheera, then you know what name to give it.

Minnaloushe: Minnaloushe is the cat that the poem The Cat and the Moon by William Butler Yeats is based on. The cat is black, and its eye color changes when it moves into the moonlight. Sounds pretty mystical if you’d ask us!

Are you looking for more choices? Well, these mystical black cat names should help with that.

Wanageeska: This is a Native American name that means “white spirit,” which makes it a great option for a beautiful white cat.

Banshee: Banshees are disembodied spirits from Scottish folklore. These spirits either look like older women or beautiful women. They are usually dressed in white or silver, and some of them have silver hair, too—kind of like your white cat.

Here are some more mystical white cat names to add to your collection for the future.

Mrs. Norris: Mrs. Norris is the cat of the character Argus Flich in the popular novel and film series Harry Potter.

Mrs. Norris is a tattletale who roams the halls of Hogwarts and reports any misbehaving students to its owner, who happens to be the caretaker of the school. Mrs. Norris is an adorable, long-haired, tabby gray cat. 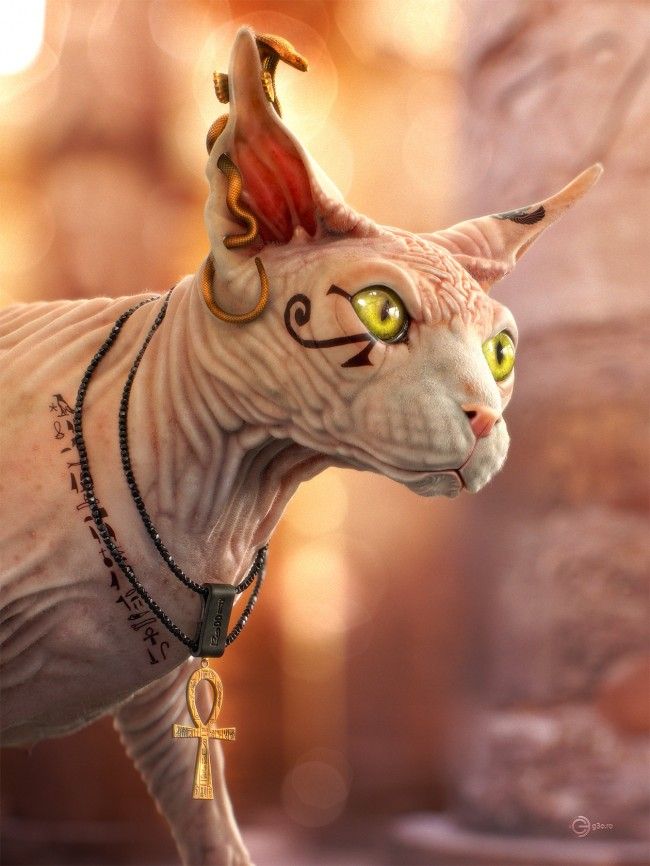 Sphinx: A sphinx is an ancient Greek mythological creature. It has the head of a woman, a cat, or a falcon. However, it has a lion’s body and an eagle’s wings. A sphinx asks certain riddles, and, according to ancient Greek tradition, you will die if you don’t answer them correctly.

Freya: Freya is a goddess from Norse mythology and rides in a chariot that two cats pull. This goddess is associated with magic, love, beauty, witchcraft, and fertility. Therefore, this name is perfect for your magical female kitty.

Bastet: This is the name of an Egyptian goddess who is often represented as a figure that has a woman’s body and a cat’s head.

She also appears as a cat that is adorned with large hoop earrings and a gold necklace. Bastet is the goddess of the sun and represents fertility, so she protects pregnant women, cats, and happy households.

If you want to show off your knowledge of mythologies and history through your pet’s name, then Bastet is just the option for that.

If you’d prefer something other than Bastet for your kitty, then here are some mystical female cat names for you to consider.

Calico cats are not a type of breed, but they are cats with three colors of fur. Most calico cats have mostly white fur and a bit of black and orange. You may notice that these cats have patches of orange on their faces.

Also, while most calico cats tend to have these three color combinations, they can have a mix of any three colors. So, without further ado, here are some names for your mystical calico cat.

Whether you think cats are mystical or not, it’ll be tough for you to disagree that cats are adorable creatures. With that in mind, check out the following cute mystical cat names and pick your favorite.

For those of you who like to want their pet cat to represent badassery, then this category of cat names is just for you. Other than their mystical significance in literature, culture, and folklore, cats’ physical prowess makes them pretty cool.

Cats have 240 bones and their bodies and more vertebrae. That, along with additional joints in their hips and shoulders, make them extremely agile creatures. You must have noticed a cat’s agility when watching them jump.

With that said, here are some cool mystical cat names to give to your badass pet.

Phantom: A phantom is a ghost-like imaginary creature. However, this word is also used for the term phantom cats.

These cats are large cats that exist outside of their natural habitats. The fact that these cats travel and survive in foreign lands makes them quite cool, in our opinion.

Go over some of these mythical names to get inspiration for ideas for names.

Raven: Like cats, ravens have been associated with witchcraft and other spooky things. So, keeping that in mind and the fact that ravens are black and dark, Raven is a good fit for this category.

Goth: A goth is a person who finds beauty in things that are otherwise considered dark by most people. If you feel like that describes you, then why not share your qualities with your dark and mystical kitty?

Well, that about concludes our guide on mystical names for cats. Now that you have your options in front of you, pick your favorite category, and work from there.

When picking a pet name, it’s usually best to keep things simple and shortlist a few names that go with your cat’s appearance, attributes, or gender.

You can either pick a specific name or use that as an inspiration for your own ideas. Just don’t overthink it, and try to have fun with it.

Good luck to you and your kitty!