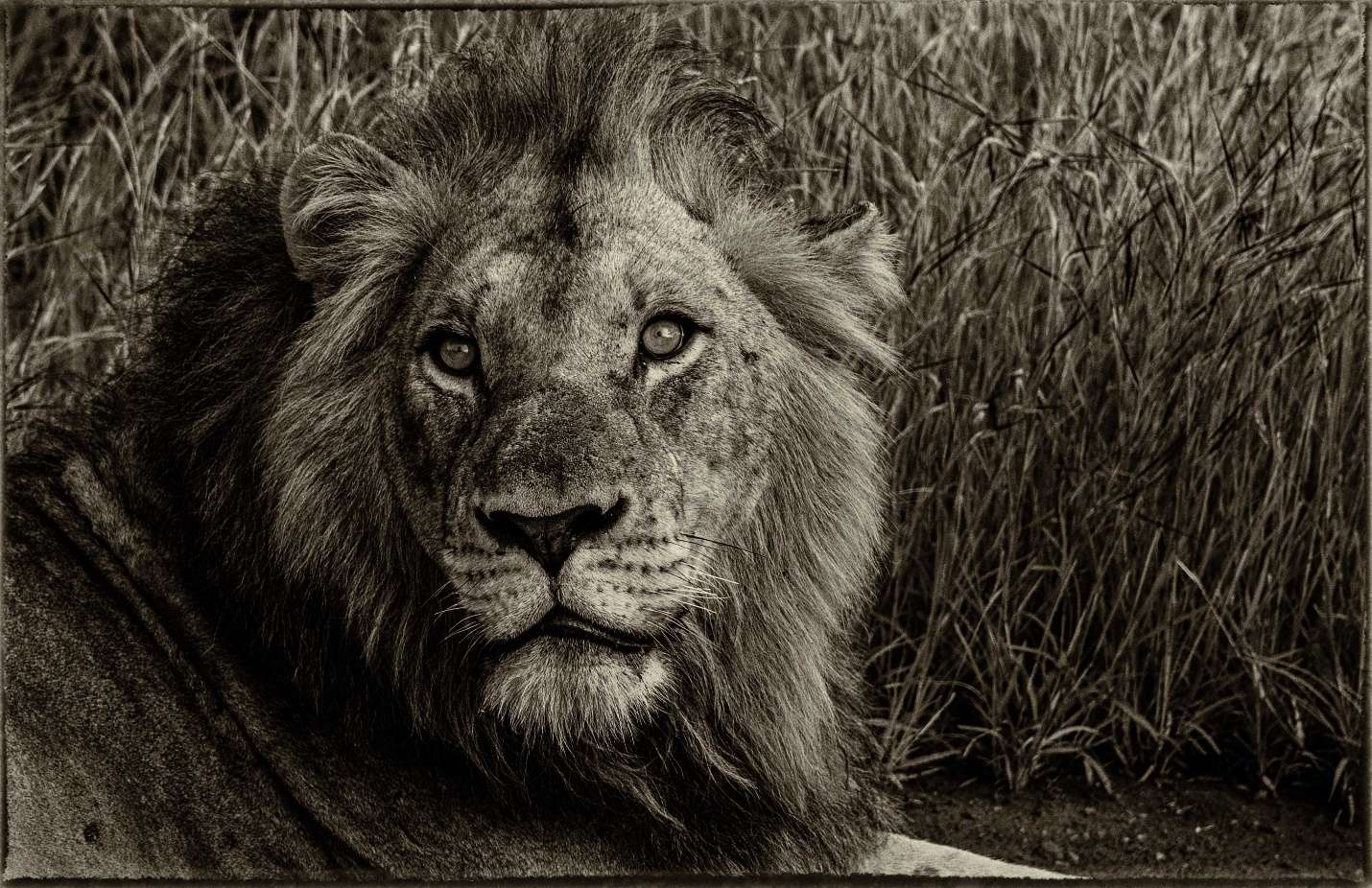 Lions are one of the most majestic animals that you’ll see in the wild, which is one reason they’re known as “Kings of the Jungle.” With their luscious manes and enormous roars, it’s almost as if they know how special they are.

While most people are terrified of these giant, powerful creatures, there is a lot more to a lion than its deadliness. They have a unique form of living and hunting and are the only kinds of cats that stay together in a pride of as many as 30 lions.

In a lion’s world, the female lions are the ones in charge of hunting. When they’re out on a mission, the males will stay back and take care of the lion cubs and the territory.

Did you know that lions mark their area by peeing around the place they want to distinguish as their territory? The scent ensures that all the lions of one pack know where they belong, while any outsiders are warned that they have to stay away.

Here are some cute and funny lion names that you should browse through if you’re looking for the perfect name.

Throughout history, there have been numerous famous lions, whether they were in films, cartoons, or real life. Lions have fascinated people for centuries because of their strength and aura, and the unique way in which they live.

Here are some famous lions whose names you might want to consider if you want a name with history and power.

Aslan – the famous lion from The Lion, the Witch and the Wardrobe who the children meet when they walk through the wardrobe into Narnia

Christian – a famous lion cub that two Australian travelers bought and raised. They were eventually separated when Christian got too big, but met again years later in a tearful reunion

Elsa – a famous lion from the movie Born Free. The movie is about three cubs that lost their mother and were raised by humans

The Cowardly Lion – from the Wizard of Oz

Parsley – a lion from the old children’s show The Herbs.

Leo the Lion – you’ve definitely seen this lion at the introduction of hundreds of MGM movies. That’s right, he’s the lion that roars from inside the logo

Alex – the domesticated lion from Madagascar, who refuses to live the way a real lion should live—until he is forced out into the wild

Montana Jones — the liger in the Italian-Japanese comedy series. 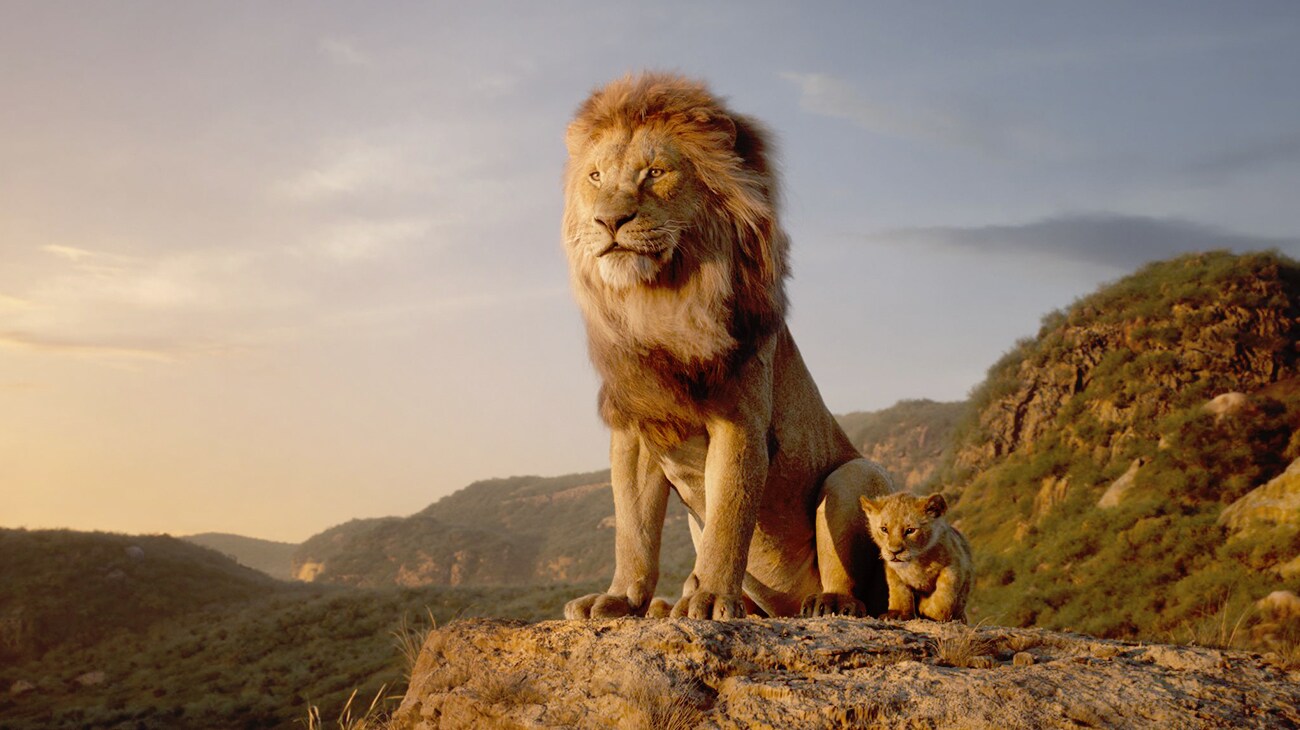 By far the most moving and most popular movie about life, family, and love as seen through a lion’s perspective, there’s no way you would want to miss out on Lion King when it comes to naming ideas.

The movie is about a lion cub, Simba, who loses his father and spends his childhood life blaming himself for it, until one day, he realizes that he has to move on from the past.

Here are some names from the Lion King series that you’ll definitely want to consider.

The lioness is actually the hunter of the family, and without her, the other lions in the pack will go hungry.

All the lionesses work together to be the backbone of the pack, which means they’re vital to a lion’s survival.

Who wouldn’t want to give a female lion a name as meaningful as she is?

Here are some you can go through:

When it comes to naming a lion or lioness, there are never enough names to go through before finagling one. That’s because it’s important to find one that you think truly represents the greatness of this beast.

If you’re thinking of adopting a lion at a conservation, you might be given the opportunity to name it. Here are some names to consider.

Humans usually don’t come across many mountain lions because, well, they live in the mountains. However, if you ever see one, the term is usually associated with various big cats, such as pumas, cougars, tigers, and panthers.

If you’re looking for powerful names for a powerful animal, here’s a list of a few good ones.

Because they’re so important to Africa and have been a part of African history and culture for generations, you might want a name that originates from the same area.

African culture has numerous different ways of referring to a lion, and many of these were seen in the movie Lion King, mentioned above, as well.

Here are some African lion names that just sound closer to home and more special.

A girl lion is going to grow up to be a crucial member of her pack one day. You’ll want to give her a name that represents how much power she has, and how important she is to the continuation of the lion species.

Without healthy, strong mothers and partners, lions and lion cubs don’t stand a chance in the wild. Here are some names you can consider for a girl lion. 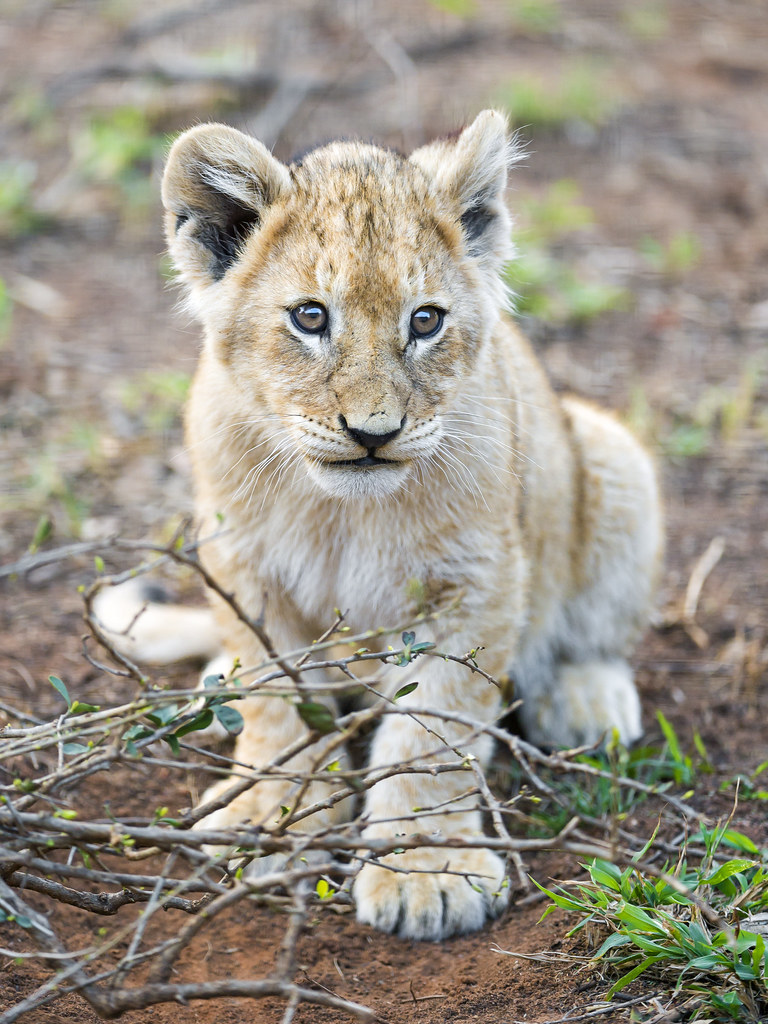 No matter what anyone says, we know deep down that there is a little cuteness behind even the most terrifying creatures.

Here are some cute and funny lion names that you’ll want to look through before deciding.

Finding the perfect name for a lion can be difficult because they’re too special to give them a name that you didn’t properly think through.

Instead of regretting your decision, here are some more to sift through.

While a female is the backbone of the family, there’s no denying that a boy has a role to play as well.

There are usually only a couple of male lions in a pack, because the male cubs move away from their original pack when they get older.

That’s why each male plays a significant role in the pack he is a part of. Here are some names for boy lions you’ll want to look through. 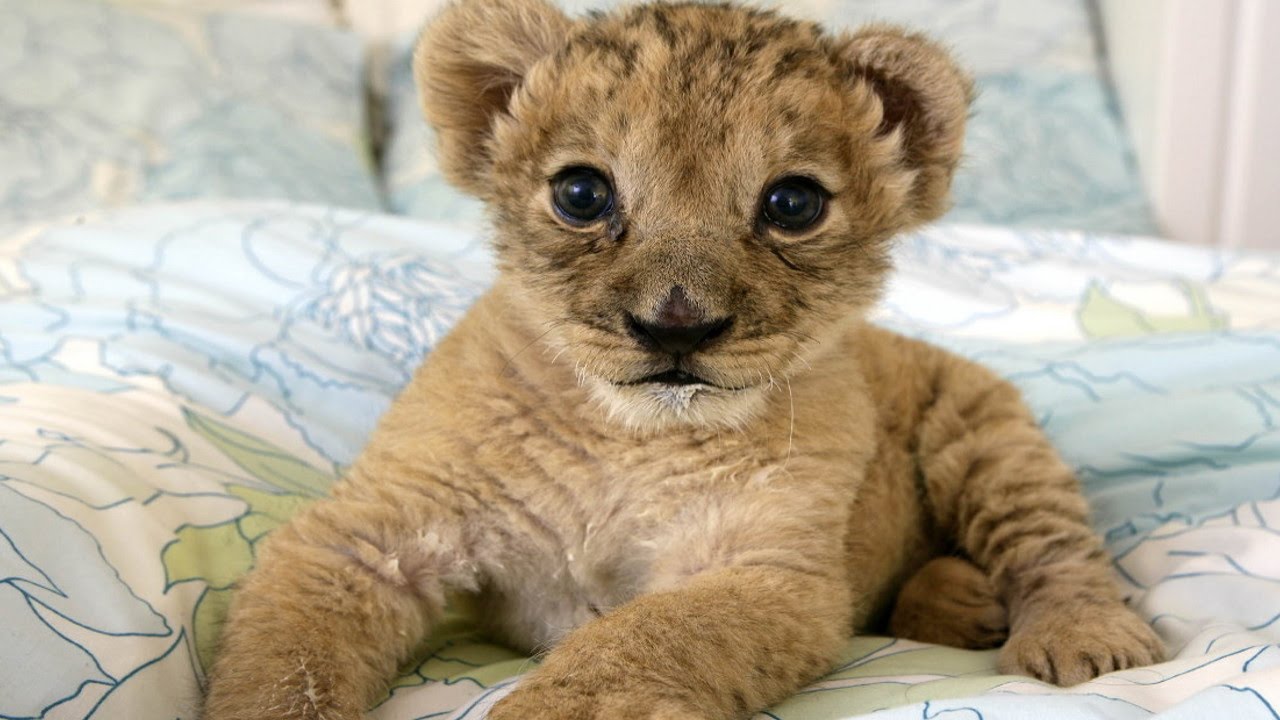 Lions may be large and intimidating, and they might even attack you if you bother them, but when left alone and observed from a distance, lions, especially lion cubs, are actually pretty cute.

Here are some baby lion names for your cub.

Disney has always been fascinated with lions, that’s what you’ll see numerous lions all across different Disney movies and shows.

Here are some to help you decide.

An exotic lion name may be just what you need if you’re looking for a name that stands out and isn’t commonly heard of.

Here are some names from other languages that you should consider. Make sure you know how to pronounce them correctly! 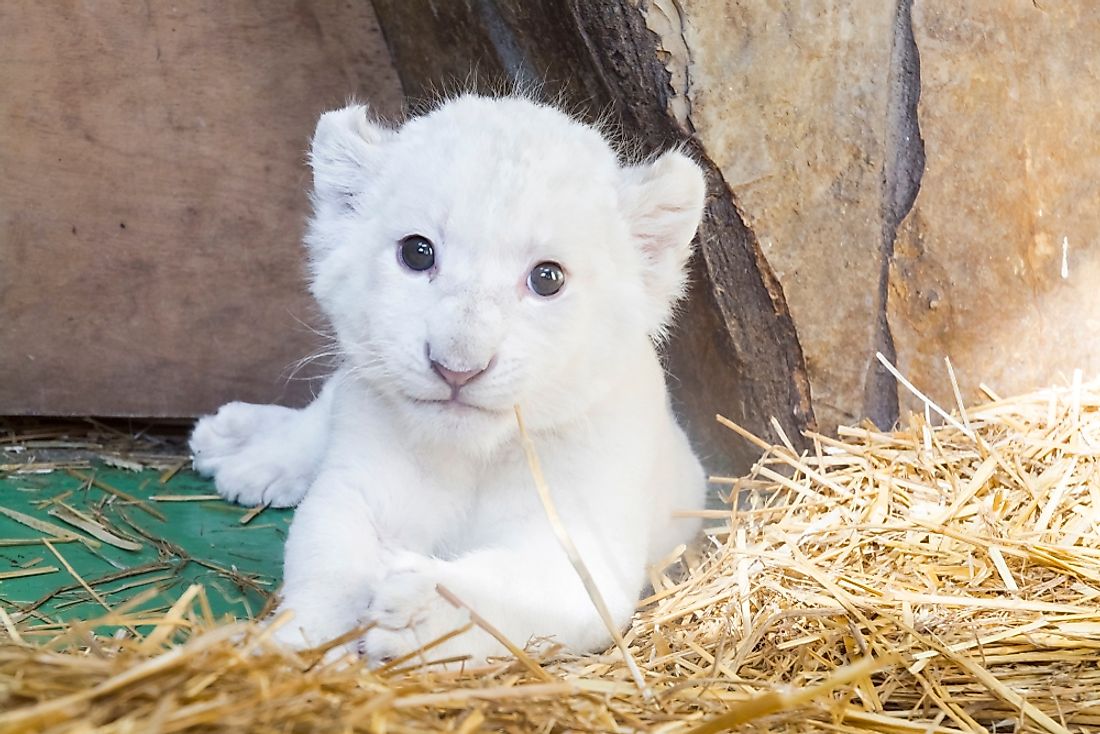 Coming across a white lion is rare, but if you’re ever given the chance to name one, make sure you don’t mess up!

Here are some names for white lions that might match how magnificent these creatures really are.

You’re lucky if you’ve ever been given the opportunity to name a lion.

Make sure you go for one that feels natural, while also unique to that specific lion, and you won’t regret your decision.

We hope these lion names have given you a head start in finding the perfect name!

Some Facts About Lions

Lions typically live in sub-Saharan Africa, because Africa is their primary place of origin. They’re also found in India.

However, while in the past, lions were living in different parts of Africa, now, they’ve died out in almost all of North and West Africa. This happened because of the various threats to their habitat that have put them at risk of extinction.

Risks of extinction mainly stem from hunters who have been targeting lions for years. In the past decade, groups of hunters have been killing lions in their natural habitat, reducing the population by almost 30%.

They prefer living in areas where there’s a fair amount of water and space to relax, with a grassy cover to provide shade. That’s why most lions live among the tall grass, that not only hides them from potential prey but provides some shelter for their cubs as well.

Contrary to what you may think, lions aren’t always hunting for food and collecting kill to feed off of. They only hunt when they have to and spend the rest of their time relaxing and sunbathing.

When it’s their day to eat, the female will go out to hunt. They can kill animals like zebras and deer but are also known to feed off of animals that another predator has already hunted down, such as a hyena.

They can store the energy from one hunt for a few days before going out to hunt again. Sometimes, they’ll have two days per week where they don’t need more food, so they rest until their next hunt. They eat the entire body of the animals they hunt down because the fur, skin, and bones help keep their teeth healthy and clean.

Their pride mainly comprises multiple female lions, their cubs, and a few male lions. Like most cats, they’re nocturnal and spend their days sleeping and carry out major activities at night.

A lion living in a zoo or reservation may live for about 18-20 years, while a lion living in the wild lives for a maximum of 15 years because of the threat of danger that it is exposed to.

One of the biggest subspecies, this lion has a length of 9-10 feet and weighs up to 200 kg.

This lion is also called the North African lion and used to be found in parts of Africa, such as Egypt, Morocco, Algeria, and Tunisia. However, they have since then become extinct at the hands of hunters.

Another lion, which is at risk of extinction, is the West African or Senegal lion.

These lions live in west Africa and are among the smallest of the sub-Saharan African lions. Unfortunately, there are only around 1,800 of these cats left in the world.
Southwest African Lion

Also known as the Katanga lion, these lions live in southwestern Africa, mostly in countries, such as Zaire, Zambia, Angola, Zimbabwe, Namibia, and Botswana.

They’re differentiated from other lions by their mane, which is a lighter shade than manes belonging to other types of lions.

This lion belongs to Southeast Africa and is also called the Kalahari lion. Most populations of the Transvaal lion live in the Kruger National Park in South Africa, and in the Swaziland Hlane Royal National Park.

This lion is also known as the East African lion. They usually live in parts of East Africa, such as Ethiopia, Kenya, Tanzania, and Mozambique.

They’re different from other subspecies of lions because their backs aren’t as curved as others, and they have longer legs. They also have a little bit of hair on the knees in the case of males.

An interesting aspect of their manes is that it looks as though they have combed their hair back. The older a male gets, the thicker his mane becomes. The ones who live in the highlands have thicker manes to provide warmth.

This lion is also known as the Indian lion and at one point, was found all over Turkey and Southwest Asia. However, now they remain only in the Gir National Park and Wildlife Sanctuary in India. There are only about 523 of them left.

The distinct feature that makes them stand out is a length of skin that runs along their belly. Their manes aren’t as thick as African lions, and their ears aren’t covered by the hair.

Lastly, the Ethiopian lion, also known as the Abyssinian lion and the Addis Ababa lion, is originally from East Africa. They have dark-colored manes and their bodies are smaller than their African counterparts.

Some believe this is because they have spent generations in captivity at the Addis Ababa Zoo.

Life Cycle of a Lion – From Cradle to Grave