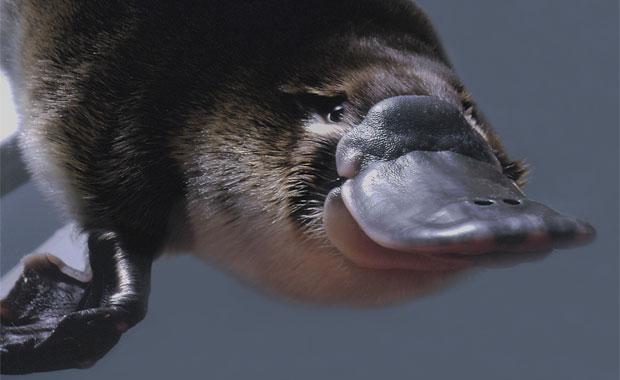 With a duck’s bill and a beaver’s flat tail, the platypus is on the list of some really weird creatures. For a long time, platypuses have surprised scientists with their unusual body structure and behaviors. This is why they attract people from all over the world to Australia just to see them. Many people are often curious to know about the eating habits of platypuses. I was too therefore, I decided to do a little research by myself and here is what I found.

So, what does a platypus eat? Platypuses are carnivores that hunt their prey underwater and usually at night. Their diet consists mainly of worms, insect larvae, freshwater shrimp, river crabs, clams, little fish, mollusks, freshwater crustaceans, crayfish, shellfish, snails, mussels, trout eggs, and squids. Even some amphibians, like frogs and tadpoles, form part of their extensive diet.

The platypus is an extraordinary mammal from Australia. These mammals come off a bit strange because they look like a hybrid of three other well-known mammals: the duck, the otter, and the beaver.

They have an elongated duck bill, the furry body of an otter, and a long, flat tail much like a beaver. Not only is the species extremely unique in mother nature, but it has a specific diet that also makes it special.

Platypus lives in the burrows dug near the water bodies, rivers, and lakes. Platypuses have to eat food nearly 30% of their body weight per day. This is the reason they keep on hunting 10 to 12 hours per day. Platypuses have been evolved to be perfect hunters and use special techniques to hunt underwater which we’ll discuss further.

How do Platypuses find their foods?

Platypuses are hunting expert and have special abilities to hunt underwater such as electrolocation technique. Platypuses do not use their sense of smell or sight while hunting in the water. Instead, they have electroreceptors in their bills through which they gather electric signals from their prey.

The receptor then sends these signals to their brain which then analyzes the signals and decide whether it is an animate or inanimate object. Platypuses search for all kinds of foods including larvae, crayfish shrimps, etc using this technique of electrolocation.

The electrolocation technique is useful for them in figuring out whether the prey is poisonous or not.

After they, find the prey they catch it with their bill and crush it using the grit they consume together with the prey. It is due to the fact that platypuses do not have teeth and have to ingest gravel and sand to grind up the food in their cheek pouches (which are in the sides of their mouths).

They don’t have a stomach; the esophagus leads the food straight to the intestine. Platypuses dive underwater to catch their prey and they eat it after reaching the surface. Each dive usually last for around 30 to 40 seconds but sometimes can last longer than that.

What do baby platypuses eat?

Baby platypuses are nursed like other mammals, however, their diet is also unique to the animal kingdom. While adult platypuses do not have teeth to chew anything, baby platypuses do “milking teeth” that shed when they leave the burrows.

The milking teeth serve no purpose, as platypuses do not have nipples for traditional nursing, but rather seep milk out of their glands onto their skin. This is the main source for baby platypuses diets until they learn to use their duck bills to hunt on their own.

What makes platypus an excellent predator?

Platypuses live primarily in water which makes them excellent swimmers, though their diet is completely like traditional aquatic hunting like others that reside in the same type of habitat.

Platypuses do most of their food-seeking at the bottom of bodies of water, which makes them what is called a “bottom-feeder” To achieve extended time in the water, platypuses are capable of being underwater for up to 2 minutes, which gives them plenty of time to search.

They use their large duckbill (which have electromagnetic receptors) to shovel and scoot around the gravel and dirt laying at the bottom of waters to scoop up their food sources They are considered carnivores due to the worms, insect larvae, and shellfish (such as freshwater shrimp and .yabbies” which resemble crayfish but are mostly found in Australian waters) that are found within the waters gravel.

Once the platypus finished shoveling what it can find in the gravel with its bill, it holds everything in cheek pouches located in the mouth and swims to the surface to feast. This is because they do not have any teeth, but rather flat plates in their mouths made of keratin.

They are incapable of chewing their food in the traditional sense and as a result of this, they also make sure gravel is in their mouths to act as a grinding agent.

Due to this unique feeding process, they are known to also eat small vertebrates that may be settling at the bottom of the water These could include small reptiles or small fish.

Their duckbill is the most important factor in their diet. It not only acts as their shovel but as the sensor. There are approximately 40,000 different receptors that are on their bill to detect their food at the dark depths of freshwater sources, but also to detect small prey in their general surroundings, such as small fish.

Platypuses eat a lot in a day

Platypuses spend a large portion of their day searching for food. During their dives in the water, they need only need to resurface for about 20 seconds before the next 2-minute riverbed search begins.

They spend so much time searching for food because they need to consume approximately 20% of its body weight (which ranges from 22 to 5.3 for males and 1.5 to 3.5 for females) which equates to a little over 12 hours. So half its day is spent finding food, which makes them very hard workers!

Due to the extensive hours put into finding food, platypuses sleep very deeply at about 60% of that sleep being considered “REM” sleep. They sleep for about 14 hours of the day and this is attributed to their very high-calorie diet of crustaceans.

During their feast of the treasures found within the riverbeds, platypuses are able to eat the soft parts of their food and spit out the bones.

They use their tongues to separate the food up, along with the gravel they stow away as well. Foraging for food is not left up to either gender. Both male and female platypuses find their food sources. Even pregnant platypuses will spend time looking for food while building their burrows up to prepare for laying eggs.

How do platypuses digest their food?

The most interesting fact about the platypus is that has no stomach. During evolution, the species, along with its counterpart the echidna (both are monotremes meaning egg-laying mammal), did not acquire a stomach. This is due to the nature of their bottom-feeding diets, as there is no need for stomach acids.

This arouses a question in our head that how do they digest their food then. The answer is pretty simple actually. The ground food between the cheek pouches through food pipe directly goes into the intestine where the absorption of nutrition takes place.

So, for platypuses, digestion takes place in the intestine rather than in the stomach.