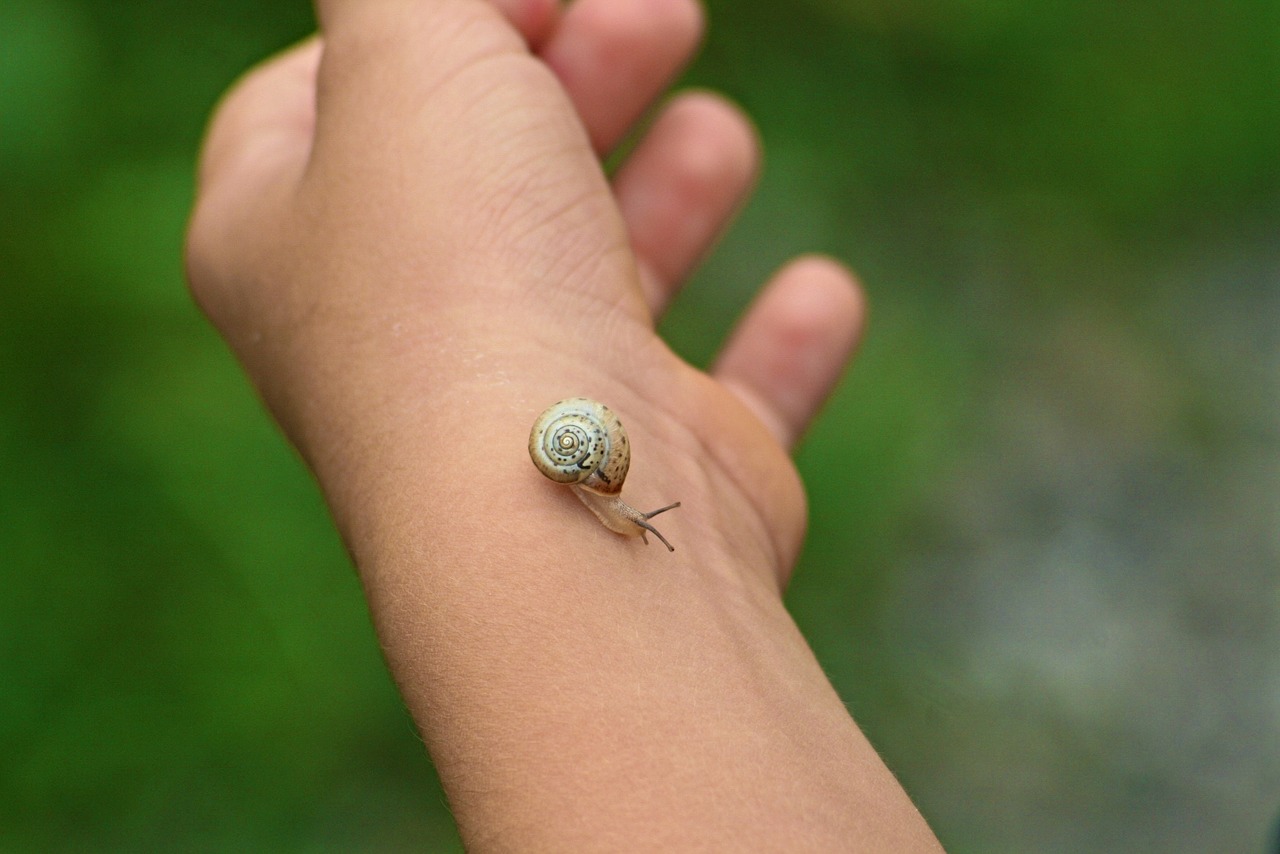 A few days ago, my friend got a giant African land snail as a pet but he was quite hesitant to hold it. He was in confusion about whether snails can bite a human. So, I decided to learn about snails to find out whether these calm and slow creatures could bite your finger.

So, do snails bite? Yes, snails can bite with their thousands of teeth but due to the lack of force, it won’t hurt at all. Instead, it feels like a tiny brush scraping your finger. Only a few wild snails are capable of biting one’s skin painfully.

Snails are very adorable as pets and the best thing is that they intentionally or unintentionally can’t hurt you.

Why do Snails Bite Humans?

Snails are known for their large number of teeth but these are only good for feeding on leaves and vegetables. Sometimes when owners pick them up, snails misunderstand the hand’s skin as a vegetable peel. They try to eat it but due to lack of force in their jaws, they can’t pierce the human’s skin.

The reason for snails biting the owner’s hand is most probably due to its hunger. When snails are hungry they try to eat everything that resembles vegetables or green leaves.

Snails Bite: Does it Hurt?

Domestic snail bite feels like a tiny tongue trying to tickle your hand. Even though an average garden snail has around 14,000 teeth located on their tongue called Radula, you don’t have to be afraid of holding a snail.

Only a few species of wild snails can painfully bite your skin. If you hold a wild snail in your hand, it would try to peel your skin off and keep on doing it until you start to bleed. The rasping of skin isn’t just a tickle, rather it can cause a lot of pain. Then they suck up blood for a few minutes until they are full.

Wild snails look just like domesticated ones, but they’ve added blood in their diet. They are predatory in nature and can feed on other animals to suck their blood. It is also difficult to remove them once they’ve attached themselves to one’s body.

Most of the snails’ bites are non-poisonous and can’t harm any other animal. The only poisonous snail I’m aware of is a marine cone snail. It is the single highly poisonous snail that can paralyze a fish or other small aquatic animal almost instantly after biting them.

Even cone snail’s poison is harmless for humans unless one has a weak immune system. Snail bites are even non-poisonous for dogs and cats.

How to Stop a Snail From Biting You?

There are only a couple of reasons that your snail would bite you. Either the snail is hungry or it doesn’t like getting picked up by you. You can follow these steps to ensure the snail stops biting you.

Babies are generally seen biting their owners. It is again the problem of trust issues that your pet snail has with you. So, give that baby snail enough time and care to build up that trust. And then it won’t go into its shell or try to bit your hand while holding it.

How many teeth do snails have? Snails can have anywhere between 1000 and 20,000 teeth depending on the snail’s species. An average garden snail has around 14,000 teeth whereas, a few of their species can have more than 20,000 teeth.