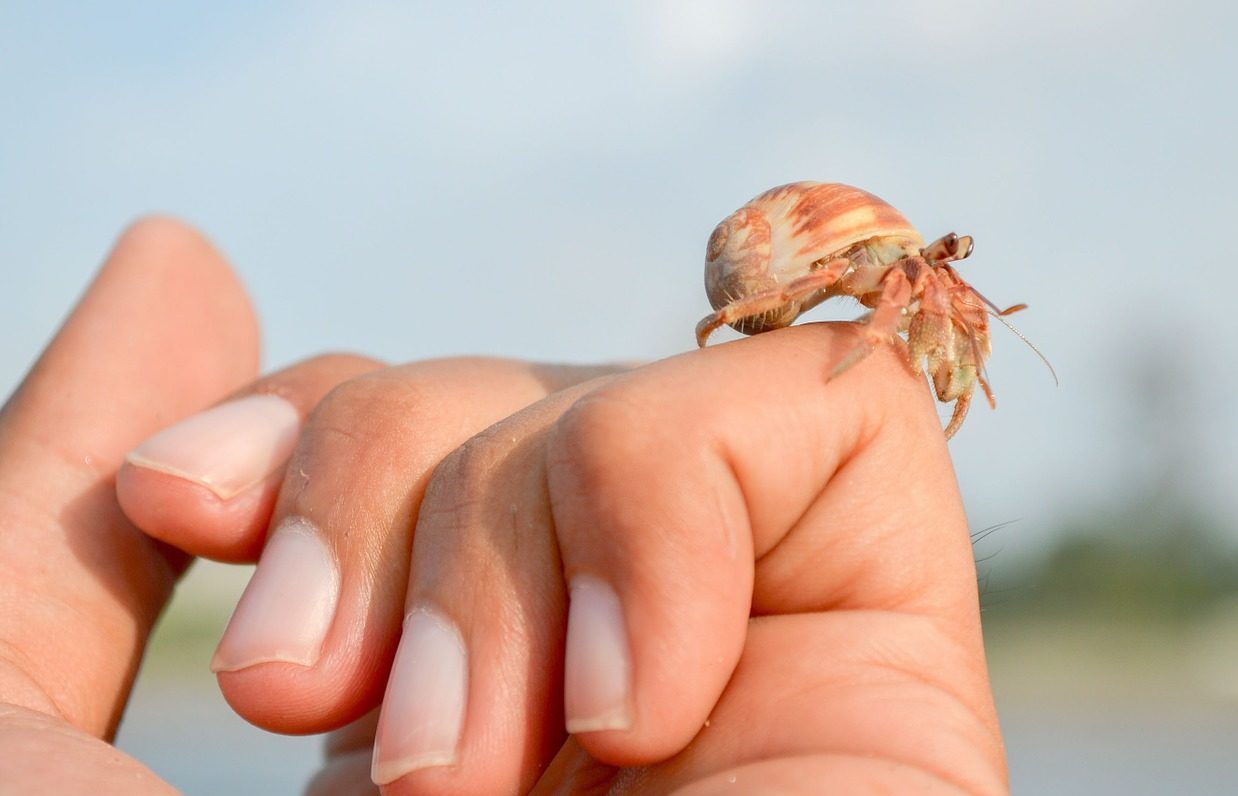 Hermit crabs make a wonderful pet for all those lazy pet owners out there. They don’t have to be given a regular shower or taken out for a walk which makes them the perfect choice to have around to kill your loneliness.

Hermit crabs are perpetually active and curious and are fun to keep watching. But is that all? Are they safe to handle? Do they pinch you? After all, they are crabs & crabs can be quite a painful experience too, right?

Hermit crabs aren’t really crabs because unlike the normal crabs, the hermits have a soft abdomen and an underbelly. Hence, in order to defend them, they have strong big claws which they can use to pinch. 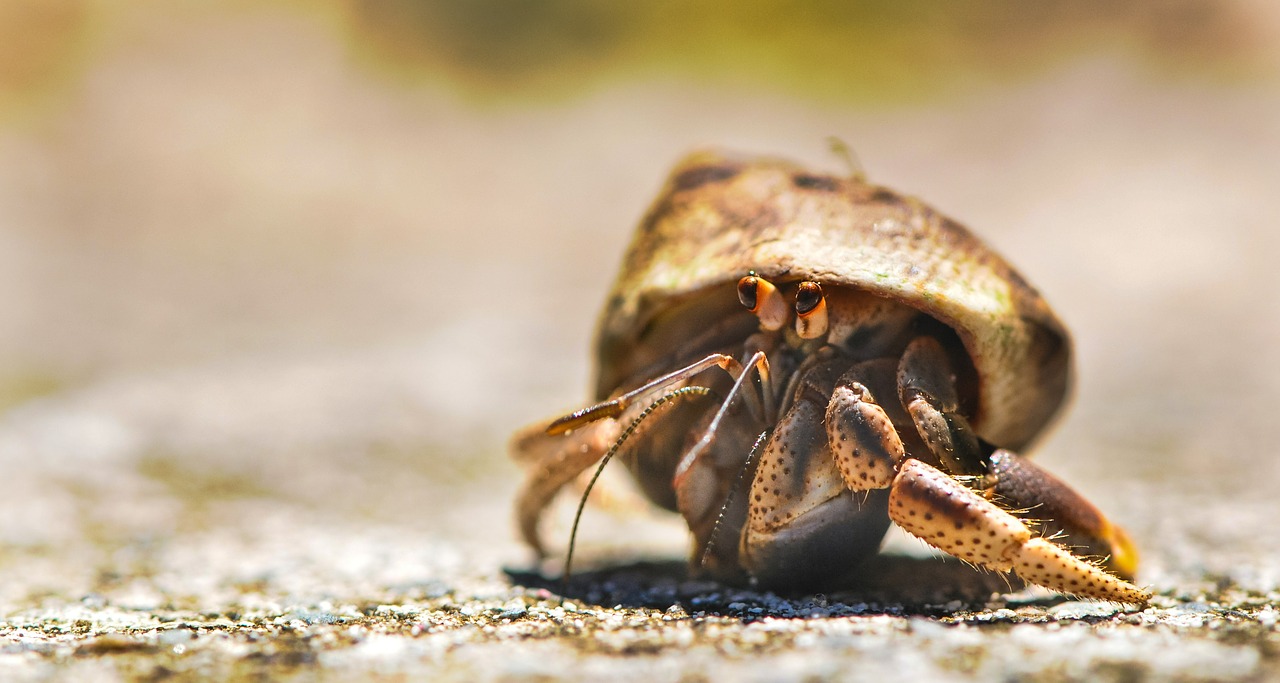 No, they don’t bite. Hermit crabs do not have teeth and hence they cannot bite. The whole idea of hermit crabs biting is nothing but a myth.

Instead of biting hermit crabs pinch!

Why do hermit crabs pinch?

Okay, first things first, hermit crabs are not meant to be cuddled or patted often like other pets. Hermits are known to be very sensitive and they get stressed when they are handled. As mentioned earlier hermits have a very soft abdomen and underbelly which they need to protect. Every time you hold your hermit in your hand and if they feel threatened they are going to pinch you. 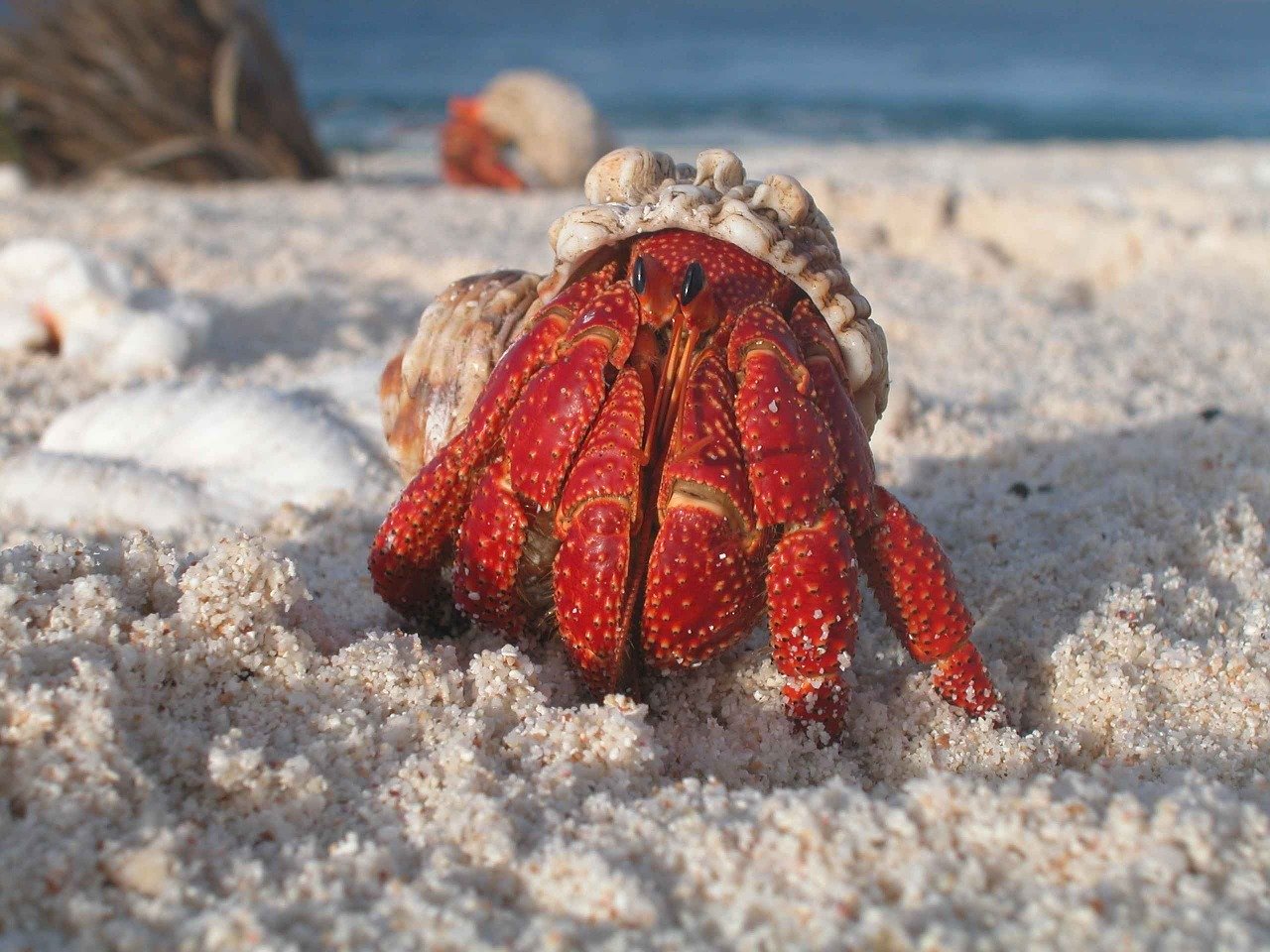 No, hermit crab pinches are not dangerous. In fact, hermit crabs do not pose a serious threat to humans in any way. The maximum you’ll get is a rash on your skin which may heal in a week’s time.

There has been no reported case of any infection being spread from a hermit to humans in the wild or in the pet world. The ideal thing to do, to be on a safer side is to wash your hands properly after you handle your hermit.

Does it hurt when a hermit crab pinches you?

Not just the hermits, crabs, in general, do not pinch unless they feel threatened. The reason why they pinch is not to hurt rather they pinch to get a good grip when they fear they are going to fall.

In fact, hermit pet owners claim that instead of the adults, the little one hurts worse.

What should you do if a hermit crab pinches you?

Instead of wondering what to do if a hermit crab pinches you, it is better that you understand what not to do in case of a pinch.

Yeah you heard me right, the pinch of the hermit crab can be quite painful but it is the best if you do not scream. Because the reason why hermit might have pinched you is that he might have felt threatened.

When you scream and panic you are indirectly indicating him that he is in trouble and chances are that he is going to pinch you again. It would be best if you could hold your calm and slowly pull him out from your hand.

Do not pull the hermit out of your hand

Though pulling the hermit out of your hand might feel to be the best option, it is not. Hermits are known for the powerful pinches and when they pinch, they pinch quite forcefully making the grip a bit difficult to remove.

When you try and pull the hermit out, you will be pulling your skin along with that which is going to be more painful. And when you exert force onto the hermit, it is going to panic and the hermit may pinch you harder.

The best option is to remain calm and slowly pull out the hermit from your hand rather than exerting force on it.

Do not try shaking the hermit of your hand

Though shaking it off your hands might feel to be a logical option, it is not. As mentioned in the earlier sections, hermits are known for their soft underbelly and abdomen. Hermits cannot sustain a fall from a height as it will seriously damage is abdomen and underbelly.

In the event of a pinch, if you shake your hands, you are going to risk your hermit hurt itself. Such an injury can be pretty serious for your hermit and may be life-threatening at times.

The safest thing to do in the case of the hermit pinch is to bring it back to his cage so that he will slowly walk away from your hand. Yeah, bringing them back to the cage where it feels safe does the job every time. If you aren’t near its cage, place your hand slowly on the floor for the hermit to get out of your hand.

How to handle a hermit crab safely?

Hermit crabs are generally not aggressive but handling them often can make them tense. The first thing to take care of while handling hermit crab is to make them feel at ease. In this section, we will discuss in detail how you can safely handle a hermit crab without getting pinched.

Always move around them slowly

Hermit crab has compound eyes and they can detect movement around them. Hermit crabs by nature are very curious.

Sensing a lot of moments happening around can make him/her feel disturbed increasing your chances of getting pinched.

Before picking up her mind make sure that the claws are kept closed. It is a natural tendency of crab to close a class if anything touches them.

Pick them up from their back

When you pick up the hermit from the back, make sure that you hold them by the shell at their back.

If you try and pick up the crab from the front, it may get startled and take up a defensive posture and pinch you. Holding them from their back has an additional advantage as their claws can’t reach their back.

If you just want to pick up your hermit and place it somewhere else this is the best way to go about it.

If you wish to develop a good rapport between you and your hermit, it is imperative that you let it physically touch you. But before you let your hermit stroll through your hand make sure that it is out of its shell (being out of the shell is an indication that your hermit is relaxed & comfortable).

When you place a hermit that is inside a shell, the sudden change to its immediate environment is going to make him curious. This makes the hermit take up a defensive attitude and chances are that you are going to get pinched.

To avoid this always keep your palm extended and tight with fingers closely placed. This is going to reduce the area hermit can pinch. Now let the crab stroll through your hand.

Feel free to wear a glove

If you are scared of getting pinched and you still want to hold it in your hand, you can wear a glove. A thick glove can give you enough protection from its pinch.

How do I stop my hermit from pinching?

Hermits are not like any other normal pets. If you want to have them around, you sure need to have a lot of patience. Because the only way you can get your hermit to stop pinching you is to give it enough time to get acquainted with you.

You can begin with slowly keeping your hermit on your hand for smaller durations and proceed with feeding them while they are on your hand. This is the only way to stop your hermit from pinching you.

Is it safe to feed a hermit on my hand?

Yeah, it is absolutely safe to feed them on your hand. In fact, when you feed them while they are on your hand they are going to be more comfortable with handling.

If everything goes well, slowly your hermit will look forward to being handled and fed. The best way to go about it is to some oats or dry fruits on your hand while you hold the hermit on your hand.

Is the pinch or pinch of a hermit crab poisonous?

No, it is not poisonous. In fact, not just the hermit crab pinches are poisonous and they do not pose any threat to humans. But yeah pinch or a pinch from your hermit can be quite painful.

Unlike turtles or other reptiles, hermits do not transmit any diseases to humans. But still, always wash your hands after you touch your hermit.