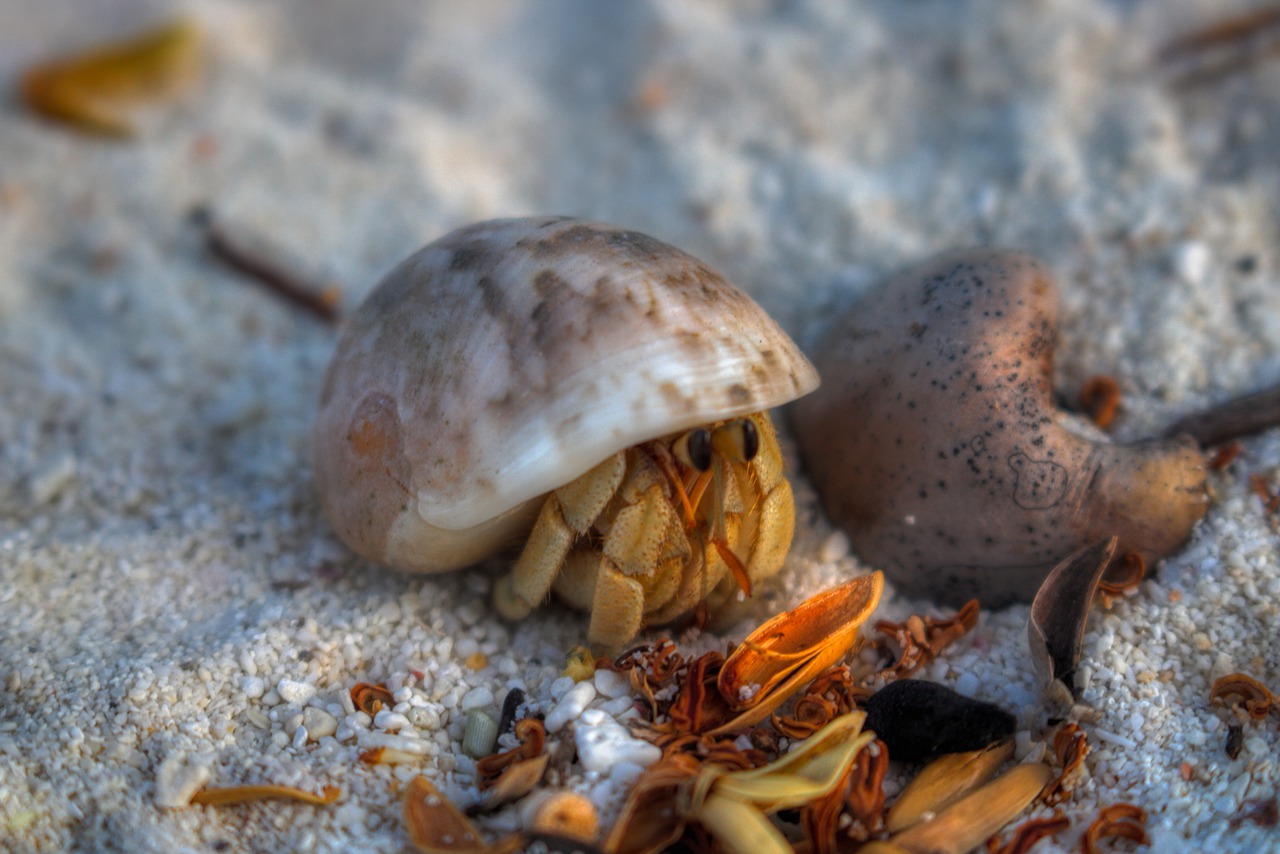 All species in this planet need food to survive, that’s where they get the energy from. The conversion of the food inside the body of an organism into energy is what we call digestion. Similar to how important digestion is, it is equally important to get the waste that’s is generated in the body out of the system. That being said, every animal poops in one way or the other because that’s how they get the waste outside their system. So do hermit crabs too poop?

Yes, hermit crabs do poop like all other species. They do produce solid waste which they defecate into their shells. Not just solid wastes, they also urinate. If you own a hermit crab, you can see small sausage-shaped feces that lie outside their shells. They are often brown or black in color and lack any detectable smell.

In this article, we will discuss in detail whether a hermit crab poop or not, how do they poop, their digestive and excretory system and a lot more interesting facts. Hop on, let’s get going!

Yeah, hermit crabs do poop. If you have a pet hermit crab, you might have seen them pushing out some sort of waste from the inside of the shell they live in. Well, that’s their poop!

Unlike the other crabs that have a shell that is attached to their body, a hermit crab does not have one. They live inside a borrowed shell from a snail or a whelk.

The anus of a hermit crab is situated at the end of its abdomen. Because they live inside a shell that was meant to accommodate another species it does not have a natural opening to empty their poop.

Is it true that hermit crabs only poop once in a while?

No that’s not correct. Though we can’t really say how often they defecate we do know that the whole idea of hermit crabs pooping once in a while is a myth.

As mentioned in the previous sections, hermit crabs live inside the shell borrowed from snails and whelks. Since they lack a natural opening, every time the hermit crabs poop they drop it inside their shell.

Another reason for this misconception might be because their poop is black or brown in color and is not easily visible most of the time.

The excretory system of a hermit crab

Hermit crabs have 2 excretory organs known as the antennal gland and the maxillary gland. It is interesting to note that only one of these two glands remains functional at a time. The functional gland may switch between the two in a lifetime.

The primary function of these 2 glands is to maintain the ionic balance of the hermit crab’s body. Among the 2 glands, the antennal gland is capable of reabsorbing glucose. In the case of hermit crabs, the end product of nitrogen metabolism is excreted through the gills as ammonia.

Is it true that hermit crab pee through their face?

Yeah, they pee through their faces. The urinary bladder or a hermit crab is situated at the base of their antennules beside their eyes. You can’t really see them urinate because it is such a small amount. Sometimes hermit crabs are found to recycle their urine and use it to replenish their shell water.

Why do hermit crabs poop inside their shells?

Before we begin to answer this question, you need to know certain things about a hermit crab. Hermit crabs are known for their soft underbody and abdomen which they should protect at any cost. Unlike the other crabs, a hermit crab does not have an exoskeleton as protection against predators.

Because they lack an exoskeleton they live inside the shells of snails and other organisms for protection. Since the shell in which they live is the only protection they have, they only come out rarely. Coming out of their shell to poop is too much of a risk considering the presence of seagulls above them. Which is why they poop inside their shell!

Hermit crabs clean their shell by flicking out the poop from the shell when they go out to take a bath, climbing or changing shells.

Do hermit crabs pee inside their shells?

No, they don’t pee inside their shells. Unlike the other crabs, the urinary bladder of a hermit crab is not located near its anus. Rather it is situated on its head near their antennule.

Hermit crabs mostly store water inside the shell they live in and the last thing they would want is their urine mixing up with the water. When they pee, they stick their head out of the shell and does the job.

Is it true that hermit crabs eat poop?

Yeah, it is true that hermit crabs eat poop. Many pet owners have claimed that they have seen their hermit crab eating their own poop. But this is not something to be worried about because it is quite a normal thing.

In its natural habitat hermit crabs are found to eat the poop of other species and its own once in a while. We don’t yet know the reason for this bizarre behavior.

How should I clean my pet hermit crab poop?

Hermit crabs can only clean the poop from inside their shell and they deposit the poop outside their shell. Hermit crabs belong to the category of animals that do not like to be around their own waste even if they are not in their natural habitat. You should clean the tank at least once a week.

Using a spoon remove the food waste, debris, and poop from inside the tank. You can top up the tank if it is necessary. Once you remove all these wastes using a mixture of warm water and household vinegar disinfect the tank properly.