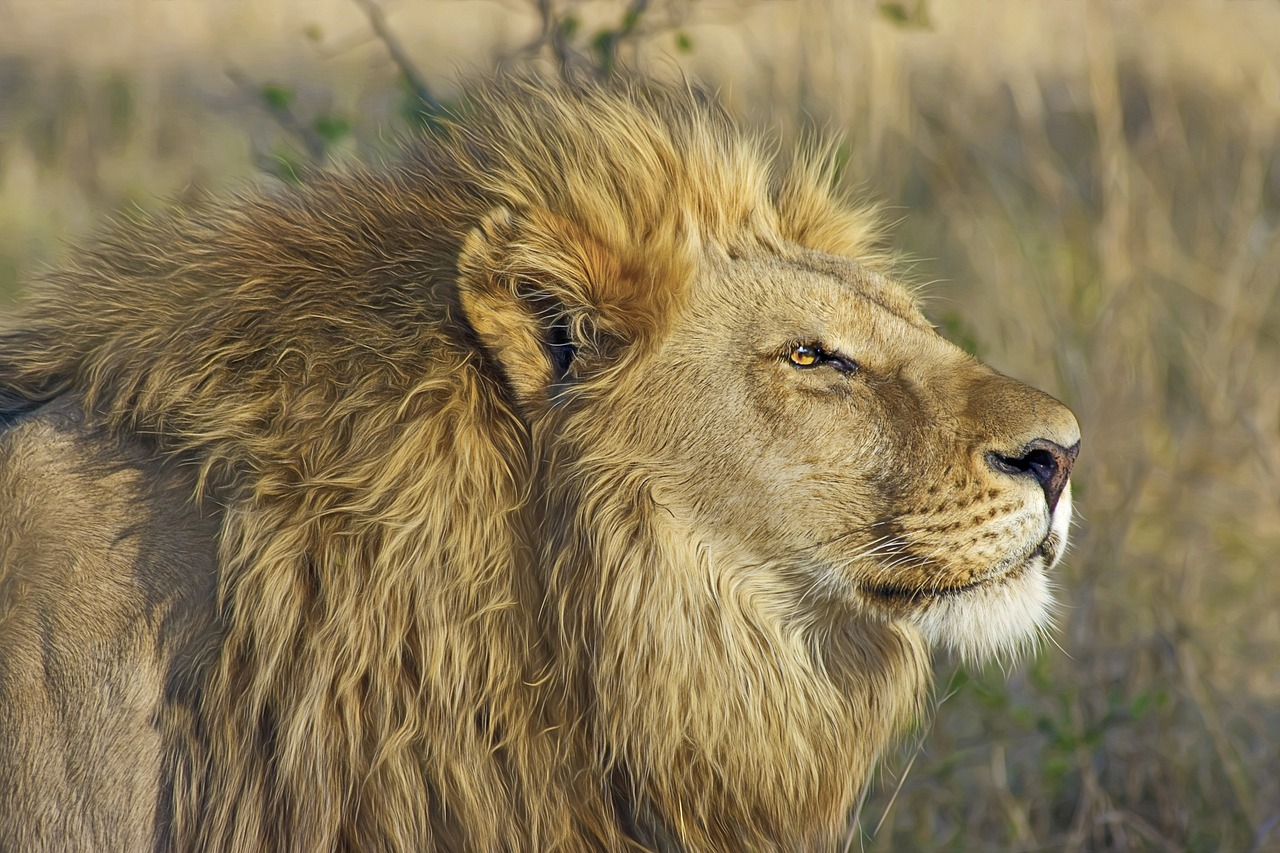 When it comes to the wild animals of the jungle, no other animal is as beloved and majestic as the lion. The proud stance and the mane of the lion genuinely make it the king of the jungle. Though they belong to the family of apex predators, they are undeniably fragile against the brutal force of humanity.

Over the years the population of lions has dwindled drastically, earning them a place in the vulnerable category of IUCN. Apart from all these, the lifestyle of lion pride is not favorable for the lion cubs. The lion cubs below the age of two have an 80% mortality rate. Yeah, it is not easy being a lion!

The life cycle of a lion starts with sexual reproduction and a lioness giving birth to cubs. The newborn cubs are blind and helpless, making them stay close to their mother for 2-3 months. The young lions start eating meat from the hunted prey only after three months. These young lions remain with pride until they reach sexual maturity, and once they attain sexual maturity, they leave the pride. The entire life cycle of a wild lion spans almost 8 to 10 years & while in captivity they can live up to 25 years of age.

In this article, we will have an in-depth look at the various stages in the life cycle of a lion. Let’s get going.

Stage 1: The Birth of a Cub

Lions similar to other mammals give birth by sexual reproduction. Lions are not monogamous species, which means they may have multiple mates.

Lionesses are found to have an irregular reproductive cycle with fertile periods lasting anywhere between three to four days, unlike other mammals. When in heat, a lioness may mate with different lions in the pride as frequently as once in every thirty minutes.

The newborn cubs are blind, helpless, and stay in the den close to their mother until they are 2 to 3 weeks old. Mother lionesses hunt alone in this duration in places that are near to their new den where the cubs are.

These cubs weigh 1.2–2.1 kg at the time of birth and begin to crawl in 2 to 3 days. It takes the cubs three weeks before it can start walking.

Being helpless, they are vulnerable to attacks by other predators. In order to avoid a buildup of scent attracting the attention of predators, the lioness moves her cubs to a new den site several times a month, carrying them one-by-one.

Though lionesses do all these, they aren’t cautious mothers. Lionesses are seen to abandon their cubs for almost 24hrs straight causing a very high mortality rate of 80% among lion cubs under two years of age.

Stage 2: Being the new kids on the block – Introduction to the pride

When the cubs are 6 to 8 weeks old, the mother lion introduces the cubs to their pride. The cubs aren’t brave enough; in fact, they lack the confidence to be confronted by the other members of the pride.

It is seen that the lionesses in a pride synchronize their reproductive cycle to give birth to the cubs in almost the same time. In such cases, the cubs are introduced into the pride earlier.

These cubs slowly get acquainted with the lions in the pride and begin to play among themselves and with the other adult lions. Lionesses with cubs are seen to be more tolerant of the cubs than the male lions.

Nursing cubs in pride is riskier than nursing them in a separate den because pride is always vulnerable to an attack by other male lions who come challenging the existing males in the pride. If after a challenge the challenger wins, the new lion might kill the cubs in the pride. However, their mothers fight for them, often resulting in their own deaths.

At this age, the cubs do not eat meat; instead, they live off the milk from their mother. Cubs suckle indiscriminately from any or all of the nursing females in the pride.

This ensures that all the cubs in the pride grow equal in size. Though all these holds, lionesses are found to be careless mothers. They are found to leave the cubs alone for almost one full day before they come back in search of them.

Stage 3: Being the juveniles of the pride – The learning phase

The cubs stop suckling mother’s milk when they are 2 to 3 months old. They then start feeding on meat like the rest of the adults in the pride. By now the cubs become capable of running, and they follow the lionesses when they go hunting. The cubs carefully observe the lionesses ambushing, chasing & pounding upon the prey, and taking it down.

It is important to note that in a pride of lions, only the females go hunting.

By the time cubs become six months old they will be very much acquainted with the customs of the pride and know the hunting tactics. These 6-month-old lionesses join the group of hunters and get their first hands-on experience in hunting down prey. Though they join the group of hunters, they are still dependent on their mother & pride for their survival.

By the time the juvenile lions become 15 to 18 months old, their mother might be pregnant. Some of the adolescent females may remain with the pride joining the elder lionesses while some others may wander off to find a mate or enter a new pride.

Similarly, the male lions may leave the pride by the time they are 18 months old while some might stick around till the age of 3 (When they attain sexual maturity) and take the pride from the aging males in the pride.

Most nomadic lions remain solitary with little opportunity to mate while others devote their adulthoods to attempting to take over a pride. Once they become mature, they begin their quest to form a pride.

The matured wanderer lions are found to team up and challenge the elder lions for taking over the pride. It is going to be a ferocious fight which is most often won by the challenger because the elder lions of the pride might be weak to hold ground against the gruesome attack of the young lions.

When the challengers win and oust the previous males associated with the pride, they kill the cubs in the pride too. The counter-attack and defense by the lionesses are found to be futile against the powerful young males unless there is a group of 4 or 5 females to join forces to fight the male.

Females who lose their cubs quickly enter a new heat cycle, so they possibly breed with the male who killed her last litter.

It is believed that the new lions kill the existing cubs to make the females fertile because the lionesses are found to be non-receptive when they have cubs to take care of. Only less than 20% of the lion cubs survive until the age of two.

When the new lions take over the pride the cubs are either killed or abandoned to be eaten by hyenas or cheetahs. Also, when the new lion takes over a pride, adolescent lions – both male and female – may be evicted.

When the pride becomes too large, usually the youngest generation of female cubs are forced to leave to find their territory.

Lions are found to live up to 25 years in captivity. But you need to understand the fact that they are living outside their natural environment and are adequately taken care of including providing medical support whenever required.

In their natural habitats, lions are found to live till the age of 8 to 15. Most lions do not die of old age; instead, they succumb to their injuries. Every time a fight happens between male lions for a pride, life is lost. It is only a question of who falls first. The challenger or the challenged?

Lions are known for their brute strength and powerful bites that measure about 600psi. After the fight, one of the lions is ousted, and he might die of blood loss or serious injuries. The worst being heavily injured and dying out of starvation.