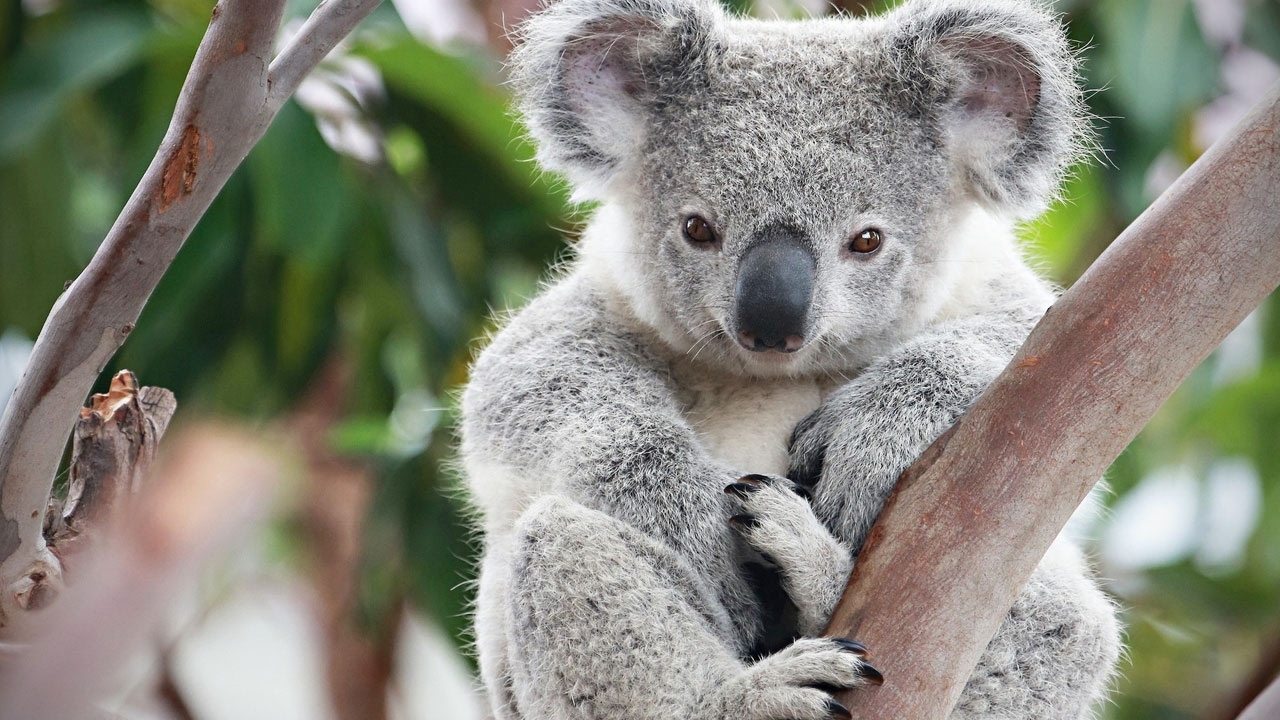 Koalas are found in eastern Australia. They have grey fur, a cream-colored chest, and strongly clawed feet that aids significantly to their survival on tree branches.

So, what are koalas if they are not bears? Koalas are marsupial mammals. They are related to kangaroos and wombats. If koalas related to the kangaroo, you must be wondering if they have pouches as well.

So, do Koalas Have Pouches? Yes, koalas do have pouches just like their cousins, the kangaroos. However, only female koalas have pouches that they use to carry their newborns until they are a few months old.

But, the koala pouches are a bit unusual if compared to the kangaroos’. A kangaroo pouch opens forward towards their heads. A koalas’ pouch, on the other hand, opens backward towards the hind leg.

The Direction of the Koala Pouches

Rear-facing marsupial pouches might sound weird, but they have their advantages. The koala’s backward-facing pouches provide more protection to the young ones as compared to the kangaroos’ front-facing pouches.

The koalas spend most of their time on trees. Maybe hopping from one tree to another in search of food. It could be hazardous for the koalas to involve in such hazardous activities with their pouches open like those of the kangaroos.

The Special Muscles on Koala Pouches

You must be thinking, “but how do koalas carry their babies with upside-down pouches without dropping them?” Koala pouches have special sphincter muscles at the opening to ensure the safety of their young ones. The muscles close the opening of a pouch tightly, such that the baby stays in there safely.

Other marsupials like the kangaroo also have sphincter muscles. However, the muscles are not used to hold the babies in the pouches. Instead, the mothers use them to close the pouches in the effort to keep the babies warm.

Joey is the name used to refer to a koala baby. However, koala babies are not the only ones called joeys. The term is used to refer to all marsupials’ babies, starting from the kangaroos and possums, to the wombats and sugar gliders.

A female koala carries a joey for a gestation period of approximately 35 days. On birth, a joey is only 2 inches long, with a weight of half a gram.

However, the joey can stick around if the mother does not get pregnant. Scientists believe that joeys that continue staying with their mothers have lesser chances of survival compared to those that leave.

How the Babies Hold on Onto the Pouches

It is not entirely the mother koala’s job to keep the babies inside the pouch. The young ones also play a role in the task. After birth, a joey has to find its way to the pouch without any assistance from the mother.

Immediately after birth, the newborn crawls from the birth canal using their forearms to their mother’s pouch. The newborns are usually blind and earless. They use their natural instincts and their strong senses of touch and smell to find their way to the mothers’ pouches.

After landing into the pouch, the babies use their fur to grip onto the pouch for them to hang on as tight as possible. The joeys then reach out to one of their mothers’ teats, which swell as soon as their mouths close. The teat provides extra grip to the babies as well until they get to an age where they can explore outside the pouch.

Getting Out of the Pouch

Koala babies do not leave their mother’s pouches until they are about 22 weeks old. Before then, they spend their entire time in the pouches with their eyes closed and fur still developing.

The babies will start peeping outside the pouches as soon as their eyes open. At around 30 weeks old, the young ones do not spend much time in the pouches. They only go back in there to eat and sleep.

At about 36 weeks, most koala babies are not so dependent on their mother for food, and thus spend little to no time in the pouch. The babies are usually able to feed themselves by the time they are getting to this age. However, most koala babies still nurse at the age of 36 weeks. The little ones continue staying with their mothers until they are about 12 months old.

The Diet of a Joey

As mentioned earlier, a joey stays in its mother’s pouch without leaving at any time until it is at least 22 months old. During this period, the joey only depends on its mother’s milk as the source of food.

The joey opens its eyes at about 22 weeks. It then starts popping its head up the mother’s pouch. During this stage, the baby koala gets introduced to a substance known as “pap,” which the mother produces alongside normal milk.

Pap is a specialized form of dropping, which plays a crucial role in the diet of a joey as it helps them to transform from milk to eucalyptus food. The pap comes from the mother’s caecum. Mother koala passes the micro-organisms present in her digestive system to the joey. The micro-organisms are vital for easy digestion of eucalyptus leaves. They are also a great source of proteins for the joey.

The joey continues feeding pap until it is old enough to come out of its mother’s pouch. Koalas babies start feeding on eucalyptus leaves as soon as they get out of their mother’s pouches. The joeys then start ridding on its mother’s back while looking for fresh leaves.

The joey might leave its mother’s pouch, but it does not stop nursing until the age of about 1 year. The mother’s teats elongate such that they protrude outside the pouch to make it possible for the joey to nurse.

Koalas have a special digestion system that helps to detoxify the chemicals present in the eucalyptus leaves. However, koalas are picky eaters. They only eat about 50 out of the over 700 species of eucalyptus. They are still picky with the leaves they eat from the 50 species of eucalyptus. Koalas prefer to eat juicy leaves at the top of the tallest trees.

Scientists believe that koalas do not drink much water since they get moisture from munching on the juicy eucalyptus leaves all day. However, they depend on various water sources to stay hydrated during heat waves and droughts.

Joeys Life After Leaving Their Mothers

The joeys leave their mothers to start their own home ranges at around 12 months old. The young ones were used to being around their mothers, and suddenly they have to leave. At this point, life becomes a little bit hard for them as they have to establish their own territories.

The koala joeys start looking for a new place to call home. A place with plenty of tasty eucalyptus leaves, and of course close to other koalas. Well, they also have to consider a place that is safe from threats such as habitat destruction.

Conclusion: Do Koalas Have Pouches?

While koalas are popular worldwide, their species are facing the risk of being extinct. This is due to the constant destruction of their natural habitats as a result of deforestation and wildfires. With the trees gone, koalas are spending more time on the ground looking for food and shelter. This exposes them to hazardous risks such as being hit by cars or even being attacked by dogs.

Do Koalas Have Tails?