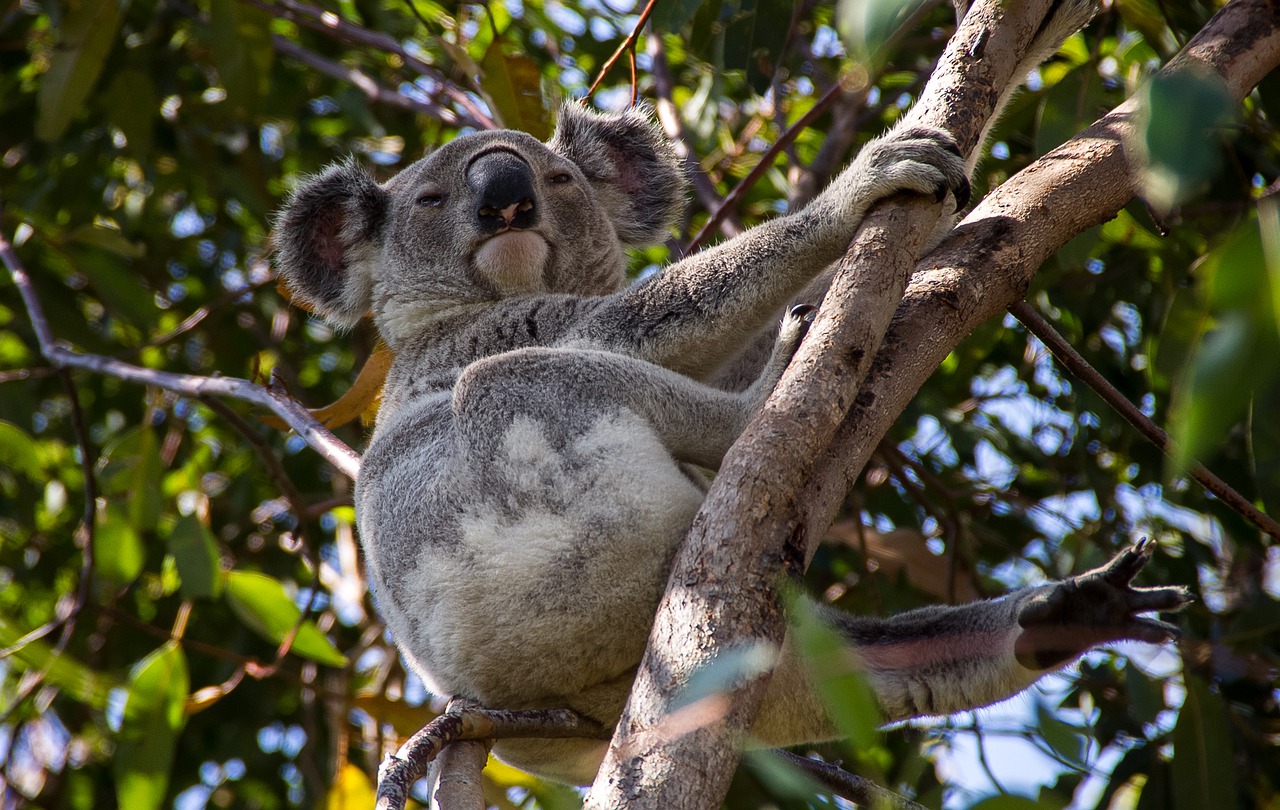 Koalas are adorable plant-eating and tree-dwelling creatures. Have you seen a Koala in reality or in pictures? Have you tried to find out if they have a tail or not because there isn’t one that is visible on the outside?

Let me answer this interesting question of yours. Keep reading and find out all about Koala’s invisible tails.

So, do koalas have tails? No, Koalas don’t have a tail in the present time but they did have one, once upon a time. The external tail is missing in them but you can see the vestiges of the tail in the skeletal structures of Koalas. This vestigial tail indicates that at some point in time during the evolutionary history of the Koalas an external tail was present and visible.

Many believe that the tail that the Koalas had was long, thick, and bushy. This tail was of zero value in terms of providing help with the movement and balance hence became vestigial after evolution.

Found in the Eastern Australia eucalypt forests. The scientific name of Koala is Phascolarctos cinereus. It’s a vegetarian marsupial. The marsupial is a word that comes from a Latin word, marsupium that means a ‘pouch’. Female marsupials have a permanent pouch on their body to carry and raise their young ones.

Koalas are solitary animals that have a home range that is fixed. The home range size depends mainly on the availability of the resources.

Being a small animal with a muscular, lean body and long and strong limbs, Koala can climb on the trees by supporting its body weight effortlessly. The length of the hind and the front limbs are more or less equal. The thigh muscles provide maximum strength to Koalas for climbing.

A folktale about how Koala lost its tail

Koalas are found throughout the Australian Continent. There are many folktales about Koalas and one of them is very famous and interesting. It’s about the lost long and bushy tail of Koala.

There was a severe drought that hit an area where many animals including a Tree Kangaroo and a Koala lived. The drought was so bad that no animal could find water to drink. One day the Koala went to his friend, the Tree Kangaroo to find a solution to this fatal situation.

When she discussed this with her husband, who could not suggest anything, she felt disappointed. Helpless, she left with the joey in her pouch in search of water. She, being a Tree Kangaroo wasn’t used to plains. She struggled over the bushes and the rocks; all exhausted she reached a small dried-up river.

This river gave her some hope and she started digging with her cramped up paws. She dug until she came across the water at the bottom. She let her joey have the water and she drank it too and this is how the Tree Kangaroo and his mother got saved.

Hearing this story the Koala requested the Tree Kangaroo to take him to the same river bed so they both could save themselves from this killing condition. The Tree Kangaroo agreed and they both left in search of that river bed. After an exhaustive journey, they reached the dried-up river bed.

The Tree Kangaroo started to dig, after a while when he got tired, he asked the Koala to help him to which the Koala made an excuse of going in search of food for them both, but instead hid behind a tree and saw the Tree Kangaroo dig for water.

As soon as water was discovered, the Koala jumped from behind the tree and drank all water. Angry at this, the Tree Kangaroo bit off the Koala’s tail that was jutting out of the water pit. Koala since then is believed to live in the trees without the tail.

According to this story, Koala lost his tail for being very selfish.

What do Koalas eat? Koalas are herbivores that survive entirely on the 30 different species of the eucalyptus. On rare occasions, they ear foliage from Leptospermum, Melaleuca, and Acacias. On average one Koala consumes about 500g of leaves each day. They eat at any time of the day but mostly at night.

Why do Koalas consume eucalyptus? Eucalyptus is very low in nutrition, contains toxins, and is very difficult to digest; still, it is the Koala’s favorite food. Koalas like eucalyptus because it helps them detoxify the poison that is present in their liver.

Eucalyptus contains oils that have a very strong smell and that smell repels insects, hence eucalyptus eating also acts as a bug repellent and keeps the Koala free of any attack from the parasites.

Do Koalas drink water? No, Koalas can survive with no water. They drink very little to no water. The water requirement of the Koalas is fulfilled by its diet. It extracts all of the water content from its leaves. Koalas don’t need much water also because of their sedentary lifestyle.

They stay on the trees for as long as they are forced to get down or shift from one particular tree. They are slow and sluggish. They only eat when they have to eat or mate. Their favorite pastime is to sleep. This kind of lifestyle demands very little water.