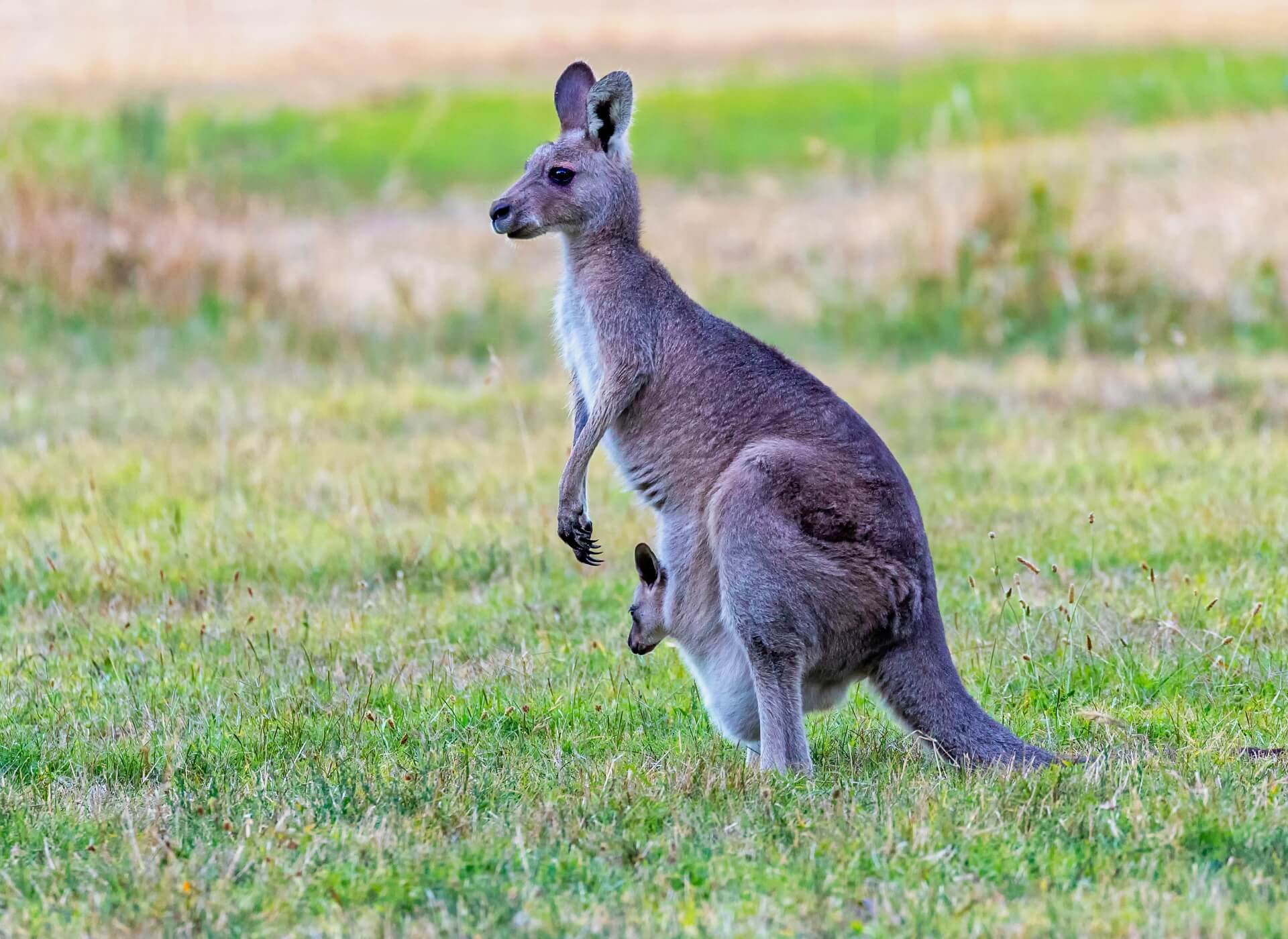 One of the best features of kangaroos is their ability to hop around. They move from place to place in a cute way for a marsupial. To celebrate kangaroo hopping, I have created this article of over 300 kangaroo names. The whole idea of this is to give you plenty of options. I really hope you will enjoy the list!

The kings of Australian animals, kangaroos are recognized worldwide for their incredible power and feistiness, not to mention their great looks!

Countless videos on the internet exist where these animals square up in boxing matches with one another, but even some videos where they fight with humans! Despite their feisty nature, their strong legs and tail are world-renowned and emblematic of their home country of Australia.

Kangaroos are medium-sized marsupials of the family Macropodidae. They are endemic to Australia–New Guinea, with some also in New Zealand, and the island of Sulawesi in Indonesia.

Here’s a huge list of kangaroo names for you to use in your work or maybe just for fun. 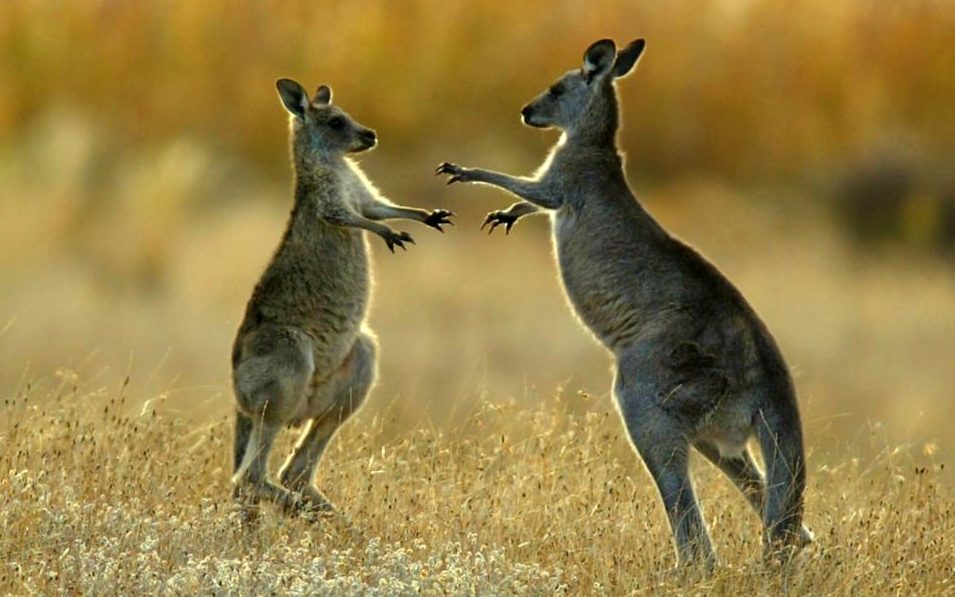 Kangaroos are the most adorable animals on this planet.

We all love kangaroos, and having a pet kangaroo is indeed an aspiration of many zookeepers and nature lovers. Finding the perfect pet name for your kangaroo can be quite difficult, however.

The below names are perfect for a cute kangaroo that’s adorable! 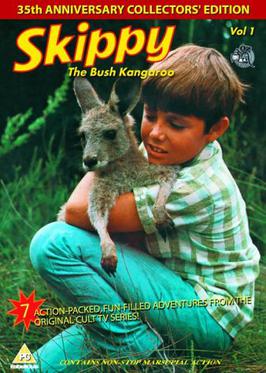 Kangaroos are known to be cute animals that interact with humans, thus, they are often seen in movies. We have compiled the list of names of famous kangaroos so that you can get inspired and acknowledge the amazing work done by these talented kangaroos.

This list of names is inspired by all the kangaroos who have made it to the big screen whether it’s in movies, animated series, or even video games!

The names below are linked to the famous kangaroos of the world.

The names below are all comical in their own way, whether they are a play on words or simply inspired by a fearsome world-renowned boxer, the names are great for any kangaroo!

If you want to enjoy the same level of happiness as an Aussie does with their pet kangaroo, you need the right names for each of your new friends.

Here’s a great list of cute, funny, and handsome kangaroo names that suit any type of male kangaroo:

Naming a female kangaroo takes talent. Choosing something cute but not common is crucial. With all the pressure on you, you might feel like you lack inspiration for naming your pet kangaroo.

Luckily for you, I’ve prepared a list of awesome names for female kangaroos. 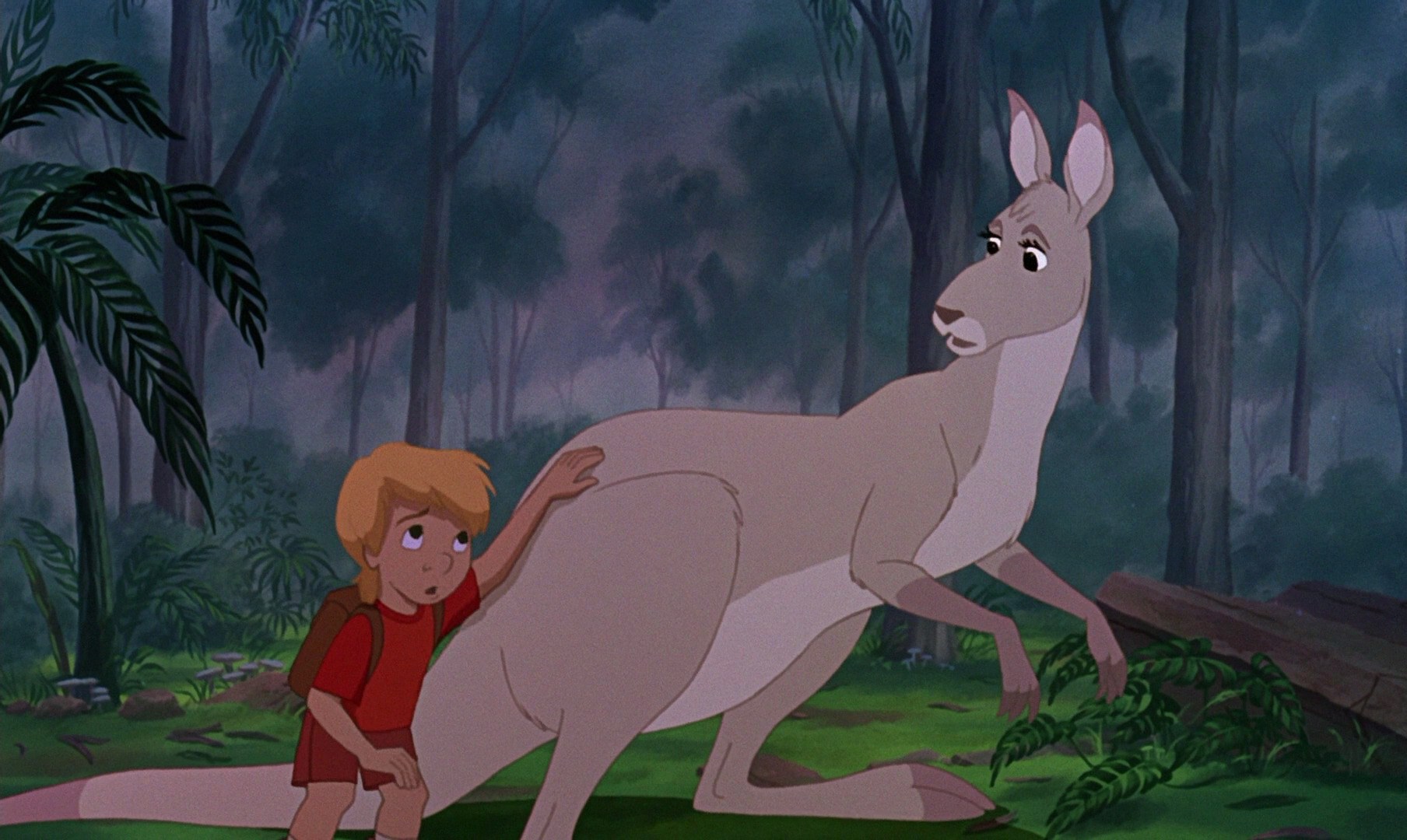 Over the years the movie company Disney has created many characters Some of these names are inspired by animals and some are more related to characters themselves.

The very nature of Australia made it a perfect place to set these movies for many of them were released after people saw kangaroos hopping in the background.

It’s about time we had a list of Disney-inspired names for our kangaroos!

The kangaroo names below are all from Disney movies or animated series, the names will be loved by all Disney fans, especially young children!

These kangaroo names are inspired by their Disney character counterparts. So, if you’re looking for a unique name for your pet kangaroo, this is a great resource to use.

Sylvanian Families are popular miniature animal figurines. They were launched in 1985, and since then numerous colorful items have been added to the collection, including sets of tables, chairs, trees, and little vehicles.

Sylvanian Families are known for creating a world in miniature, where your imagination can run wild. Every set contains a principal character (a parent) and its accessories-their home, furniture, and other things that surround them.

Below you’ll find a list of all kangaroo family members in the collectible Sylvanian Families line by Kikkerland.

Warriors of Virtue is a Chinese American film that was released in 1997. It was a martial arts film in which anthropomorphic kangaroos accompany a kid who was once disabled in one leg and suffering from depression.

Below are the names of the kangaroos in this action-filled movie of ninja kangaroos.

Tank Girl is a British science-fiction comic book that was later made into a movie.

It was published in 1988 and is the story of a girl named Rebecca Buck who drives around in a tank in a futuristic Australia completing missions for an organization before she becomes an outlaw for her actions.

She has a boyfriend named Booga who is a mutant kangaroo, and for fans of this story, the names below are perfect for a kangaroo.

That’s our complete list of 361 cute and funny names for kangaroos!

The feisty Australian creatures are adorable and giving them a fitting name is now possible with our in-depth list with countless ideas and possibilities!

A name from every category from movie star kangaroos or even in honor of boxing legends, you’ll be able to find a great name for your kangaroo in this list!

Use this list of names to make up your own stories or just use it to help you remember the names of all the characters in the series, whether you’re a fan or just want a name for that cute fuzzy thing you decide to name after thinking about kangaroos.

Well, that brings us to the end of the article. Thanks so much for reading all the way to this point, and I wish you a successful search for your own kangaroo names.

It was an awesome article, right? You learned a lot, had fun reading along, and hopefully will use the list to help you find the perfect name for that kangaroo you’re writing.

Now if you’ll excuse me, I need to hop back into my pocket so I can see what’s going on with my cute little joey! (just kidding)

Can Kangaroos Be Taught to Box?

How Are Kangaroos Born?