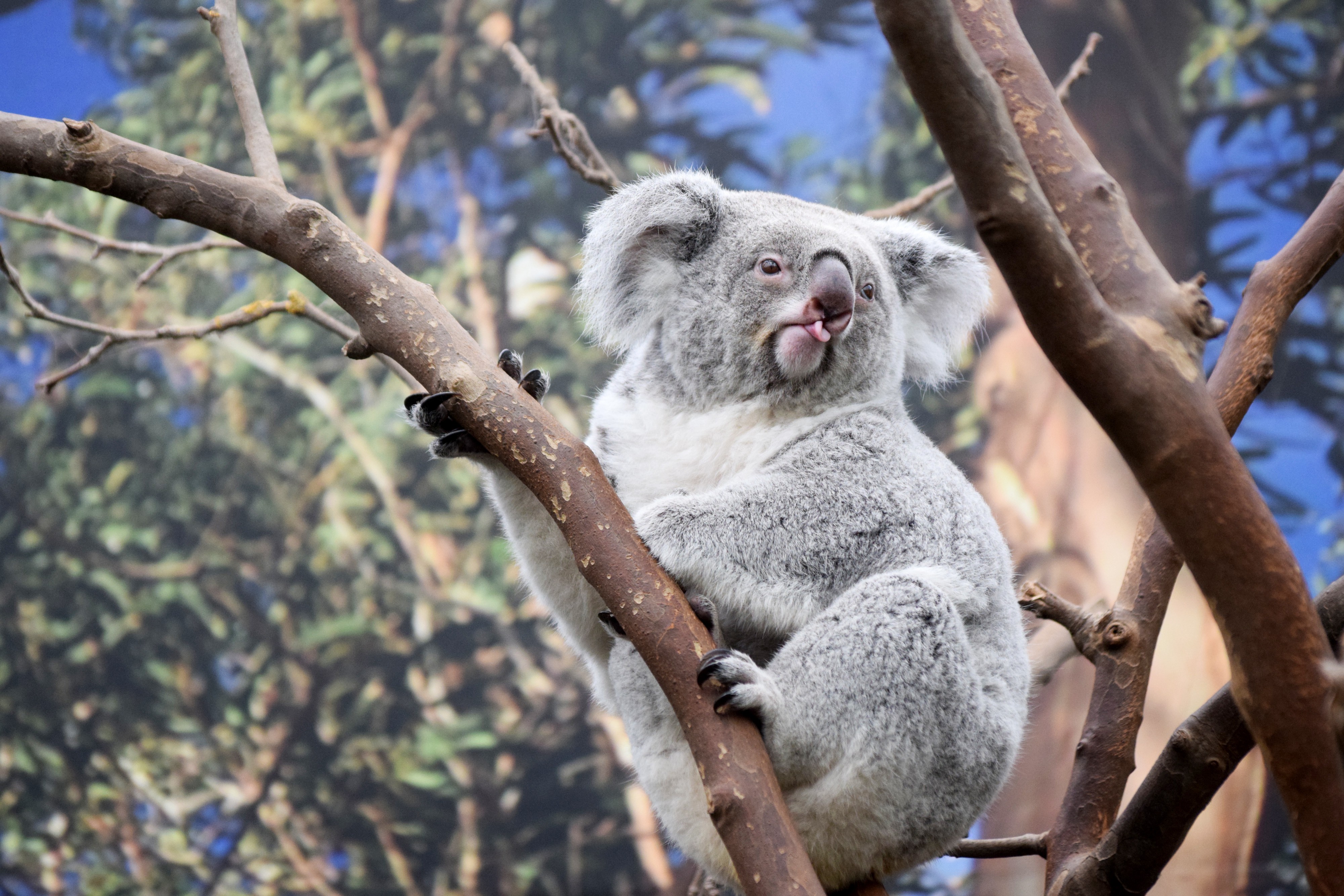 There is nothing more adorable than watching a cute koala lazily eating eucalyptus leaves. For many people, these marsupial species are super cute, and they can’t think of a koala attacking a human. But many other people believe that these creatures are pretty dangerous due to their sharp teeth and claws. So, I decided to talk to a Koala expert and did some study myself to find out the answer.

So, are koalas dangerous? Koalas, in general, are not dangerous unless they feel threatened. If they are stressed or scared by a human, they can chase them up to a long-distance and then bite and scratch them with the help of long sharp front teeth and sharp claws.

There are many incidents of people getting attacked by a koala, but all of them were initiated because humans tried to invade their personal space. The attacks weren’t unnecessary but to defend themselves.

How dangerous is a Koala? Are koalas aggressive?

Koalas, in general, are very calm animals. They spend 20 – 22 hours of their day sleeping on branches of trees. But when they are disturbed or threatened by anyone, they can show their aggressive nature.

Koalas have been seen chasing people aggressively and tried to hurt them by piercing their skin with their sharp teeth and claws.

Koalas teeth – Their sharp front teeth are used to nip the eucalyptus leaves but are strong and sharp enough to pierce into the soft skin (Human skin). The power in their jaws is strong, which is enough to bite vigorously and make a human bleed.

Koalas claws – Koalas have sharp and robust claws specifically made to climb trees. With the help of sharp nails, they make marks on the trees they live on.

Generally, they don’t use them for attacking purposes. But if they are threatened or irritated, they don’t mind using these sharp claws on anyone. The sharp nails can cause a human to bleed.

Koalas also use their sharp claws to defend themselves against some ground predators as well.

In reality, koalas are not much dangerous with their sharp teeth and claws than they are from infectious diseases. In Australia, nearly 50% of the Koala population is suffering from this highly contagious Chlamydia disease. In some parts of Australia, the percentage of Koala disease infected koalas have reached 90% and is growing more and more.

This disease has already been spread to some other animals such as guinea pigs, sheep, and crocodiles. In the near future, it can result in an epidemic for low immunity animals as well.

This disease possesses the biggest threat to human civilization in Australia. It is because this disease can spread to humans through touching or getting close to koala urine. There have been many cases in Koala inhabited regions of Australia, where people have caught these diseases and have been cured with the treatment through antibiotics.

But, it is predicted, if this disease spreads among humans on a large scale, it might take some other incurable form, which can result in many deaths.

If it spread to birds, then humans could be much prone to catch the disease through feces and nasal droppings. The disease is excruciating for Koalas itself.

Sometimes, people let their dogs chase koalas and kill them. Koalas are on the verge of getting extinct, and a significant contribution in this is of cars. Hundreds of koalas get killed due to vehicles every month.

Nearly 4000 koalas get killed every year due to car accidents and dogs chasing and hunting them.

We, as humans, always need to respect the wild animals and should not try to invade their territory. People should stop their dogs from hunting them down. The government should take proper measures to prevent the rapid declination of koala numbers.

How fast can a koala run? Though we rarely see them running, koalas can run up to a maximum speed of 22 Miles per hour. In case of chasing other koala or running away from predators, these koala bears can speed up even more than that.

Can koalas be pets? No, no one except zoo can keep koalas as pets. It is illegal to keep koala as a pet, and it is valid for even Australian people.

Do Koalas Have Pouches?

Do Koalas Have Tails?