Throughout ages, swans are being considered to be the symbol of everlasting love. The picture of two swans on the water with their necks entwined, resembling the shape of a heart has become the universal symbol of love. You might have heard many stories & myths about swans and I can bet that you have heard that “Swans mate for Life”. But is it true that swans mate for life? Are they monogamous? Or is it a myth?

So, do swans mate for life? Yes, Swans are generally monogamous species and their pair bond can last several years, sometimes until death. So can they really be considered the symbol of love? Well, that’s the tricky part here. Don’t be fooled by their monogamous behavior because the reason for such a strong pair bond has got very little to do with being romantic or truly loving each other.

Then what’s the major reason for this behavior? That’s exactly what we are going to discuss in detail in this article.

What do you mean by Swans mate for life? 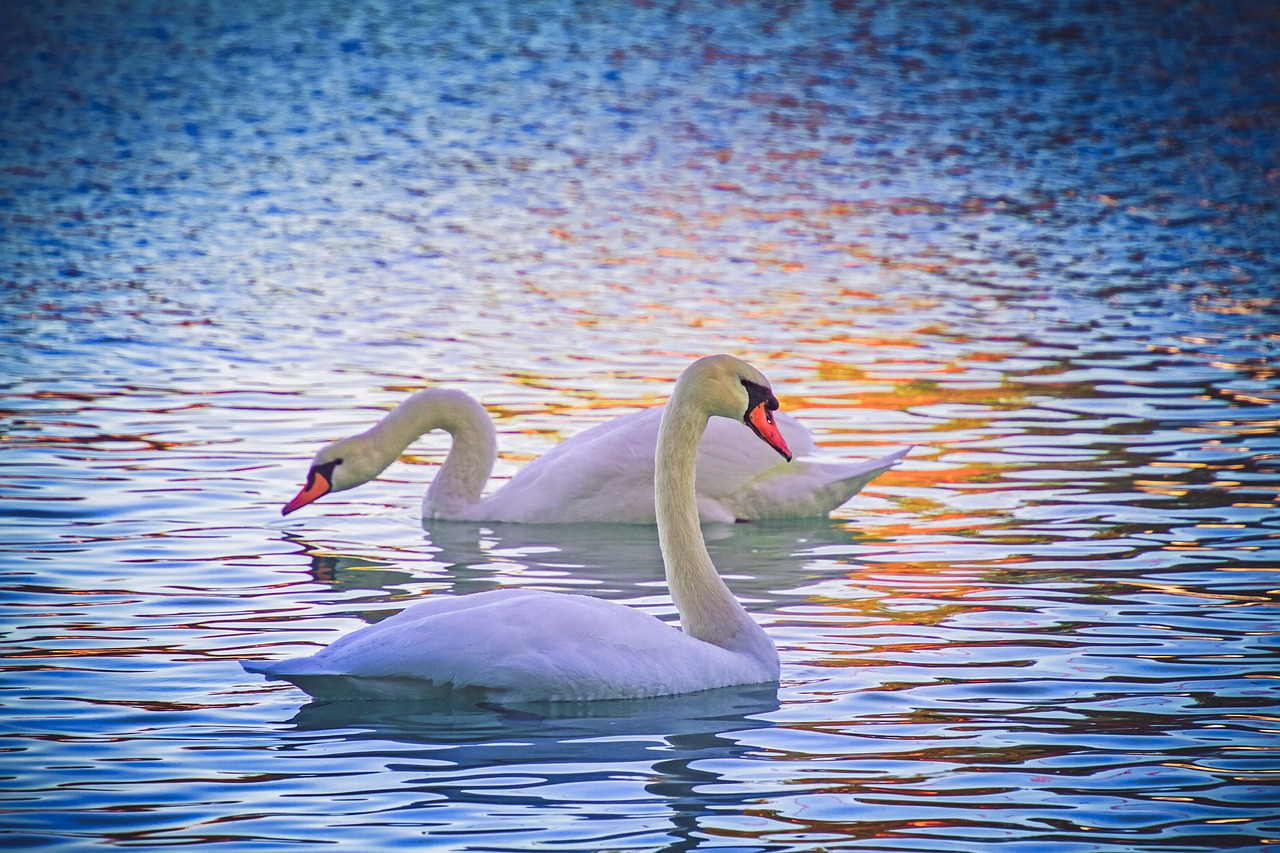 Before we proceed any further, it is important that you understand what it means when someone says “Swans mate or life”. Though it literally implies to swans being monogamous, that’s not quite the case. You need to understand that the monogamous nature of Swans is not only because of their love for their partner.

Then what does it mean?

Why do Swans mate for life? 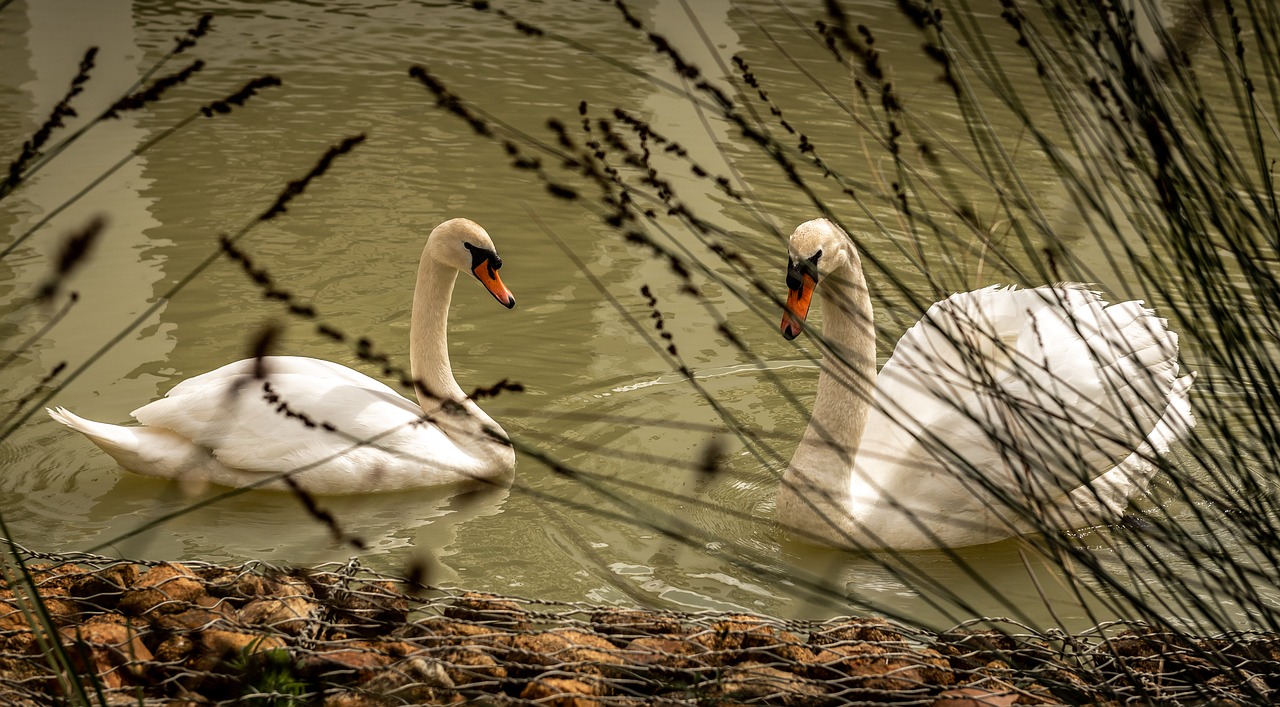 As mentioned earlier, it is not that swans choose to mate for life rather it is that they prefer doing so. The reason for which are many.

Better chances for a successful mate

If you have seen swans mating, you might know how long the entire courtship can last. There have been cases where the courtship period as lasted for almost an hour before copulation. In such a long process chance of failure are more than the other birds, where the copulation happens within seconds.

Staying together has an additional advantage as the pair can learn from their failures and improve the chances for a successful mate. This can help the swans raise clutch after clutch of cygnets in their lifetime.

Don’t be deceived by their attractive & calm looks, swans are known for being aggressive& fighting ferociously. There have been myths that a swan’s neck is so powerful that it can break a human bone. But yeah, that is just a myth.

A swan pair is highly effective in fighting off a threat as a team. In case of separation, the chances of them being attacked by other swan pairs are high so it is better for them to stick together. This gives them a better chance of survival.

These pit stops are going to be a quick break and the swans aren’t going to enough time to find a new mate, pair and breed with them. Staying with their mate saves a lot of reproductive time. This might be another reason for their strong bond.

As mentioned, it takes some time for the swans to mate. Finding a new healthy pair, establishing territories, raising the young ones are all going to be easy with an existing mate rather a new one. 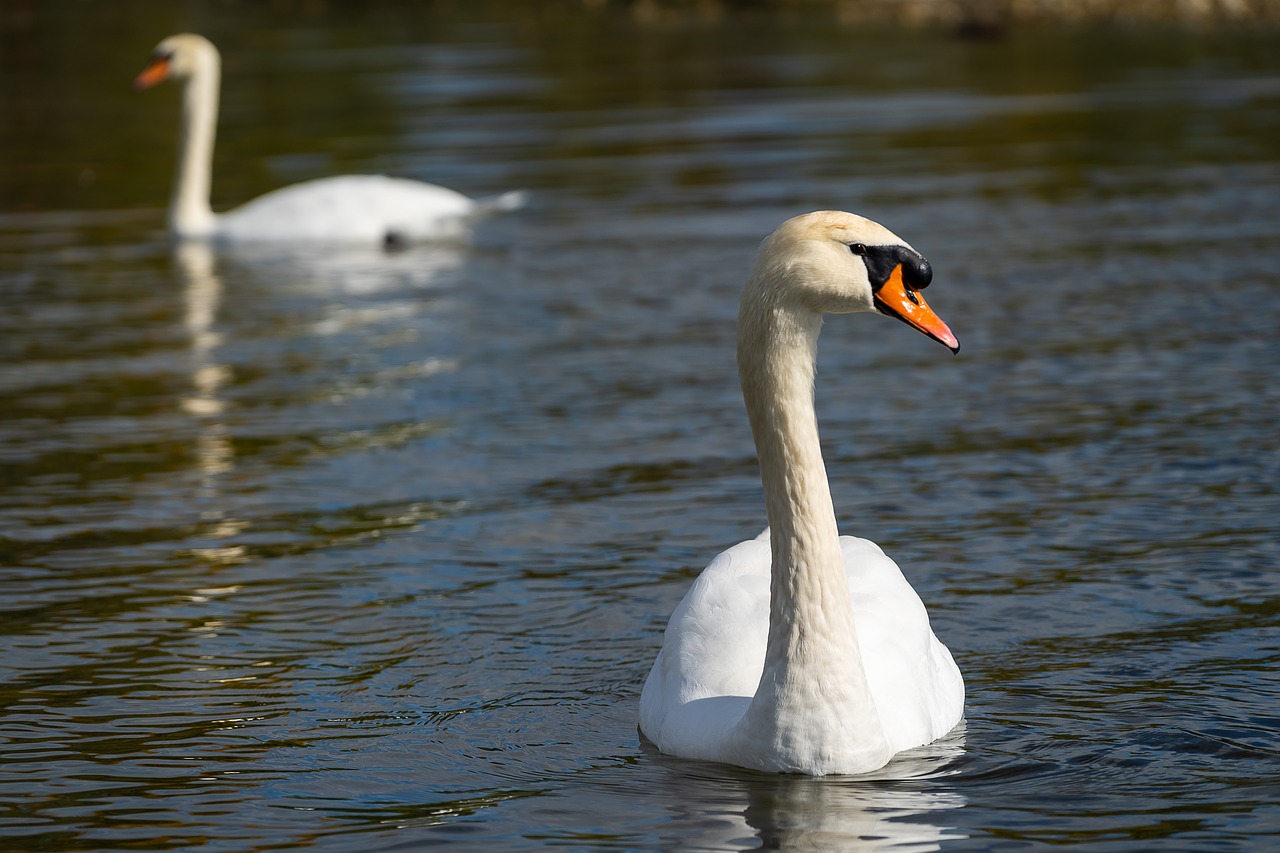 It typically takes a Swan couple, 1 or 2 breeding seasons before they actually match and starts producing more cygnets. Typically they raise only a few cygnets in the first year of mate and improve after each year.
In case, the pair can’t really match after 1 or 2 breeding, they may part their way.

Do swans cheat their partners? 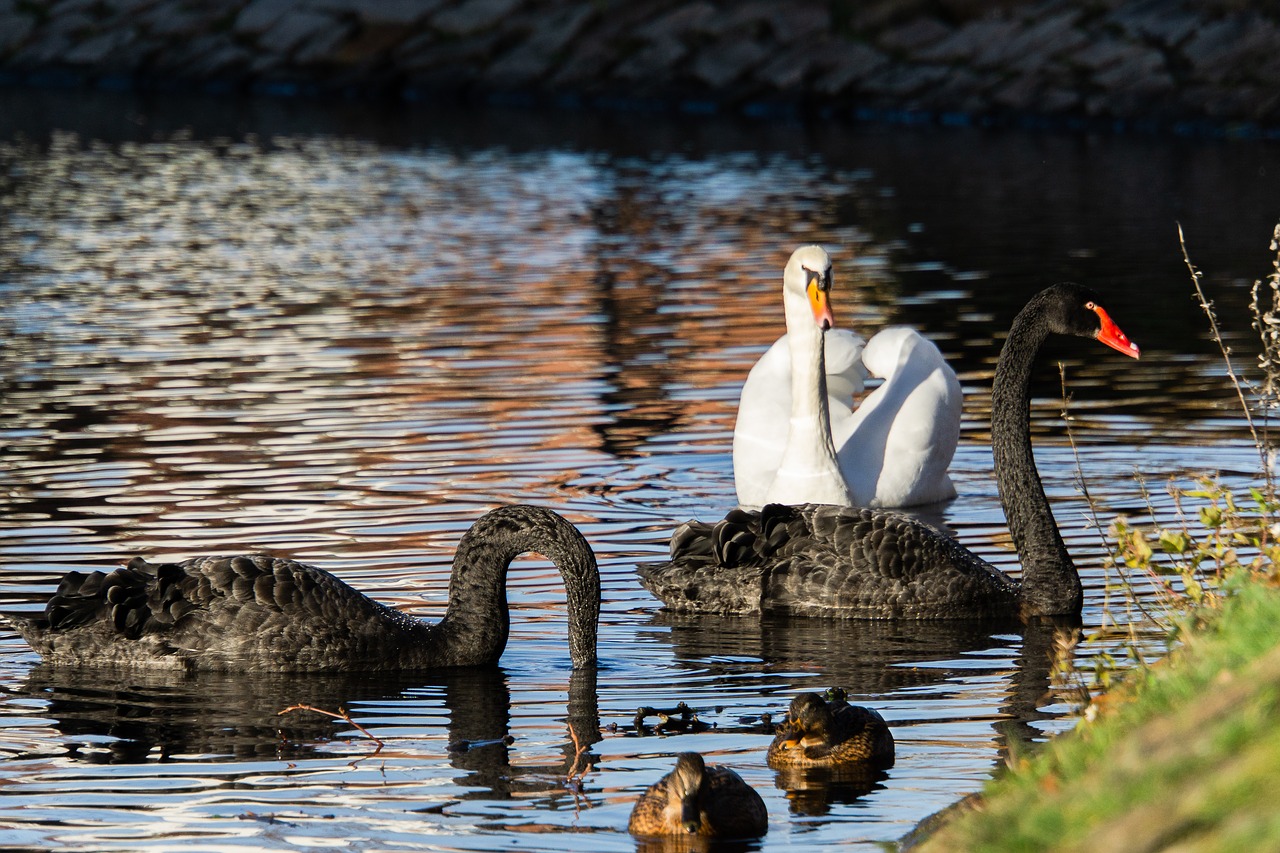 Swans, in general, do not cheat but the Female Australian Black swans are known for being regularly unfaithful. The female Australian Black Swan may mate with multiple males. This behavior shown by them had always intrigued the biologists and they found the reason for this bizarre behavior.

It was found out that the female mates with multiple males to ensure that her eggs are fertilized. She doesn’t want to risk missing a mating season by risking mating with one male. According to researchers, 1 in 7 eggs nurtured by a male black swan will not be his.

Apart from the Australian Black Swans, the 5 other species of Swans are found to be loyal. For these 5 species, the chances of contracting a sexually transmitted disease or the risks involved in having multiple mates are high and they choose to be loyal.

This in a way can be considered as the evolutionary benefit the Australian Black Swan possesses over the other species of swans.

Male swans are actually modern-day husbands, unlike the other bird species. The males help rebuild the nests & take turns to incubate the eggs allowing the females to feed more. This is done to help the female regain the fat reserves it burnt while laying the eggs.

The Australian male swans sitting for a longer period on the nest has an added advantage because the more the female spends time inside the nest the more it is going to take her to be ready to lay another clutch.

It is, for this reason, the female Australian black swans can lay multiple clutches of eggs in a year.

Is it true that swans mourn when their pair dies?

Swans have a reputation of mourning & singing when their partner dies and that’s in fact true but not as much as it is often exaggerated in movies. Swans, including the mute swans, are known to make a lot of noise but they aren’t singing.

So what do these loyal birds do when their pair dies? Legend has it that, when a swan loses its mate, it flies straight up into the clouds, loses its wings, and dies but thats not true.

Most swans remain alone after the death of their pair and they slowly start withdrawing from their day to day activities. This is considered as the swan mourning its partner and is projected as a symbol to promote monogamous relationships among humans. In other cases, the swan may find a new pair and continue living together as he/she did previously.

So what decides this behavior?

Swans are very territorial birds and they don’t let the other swans get into their territory. As discussed in the earlier sections, one among the reason for swans to have a strong pair bond is that they fight well in pairs.

How a swan tackles this situation decides whether they will remain single after the death of their pair.

Do Swans sing when their pair dies? 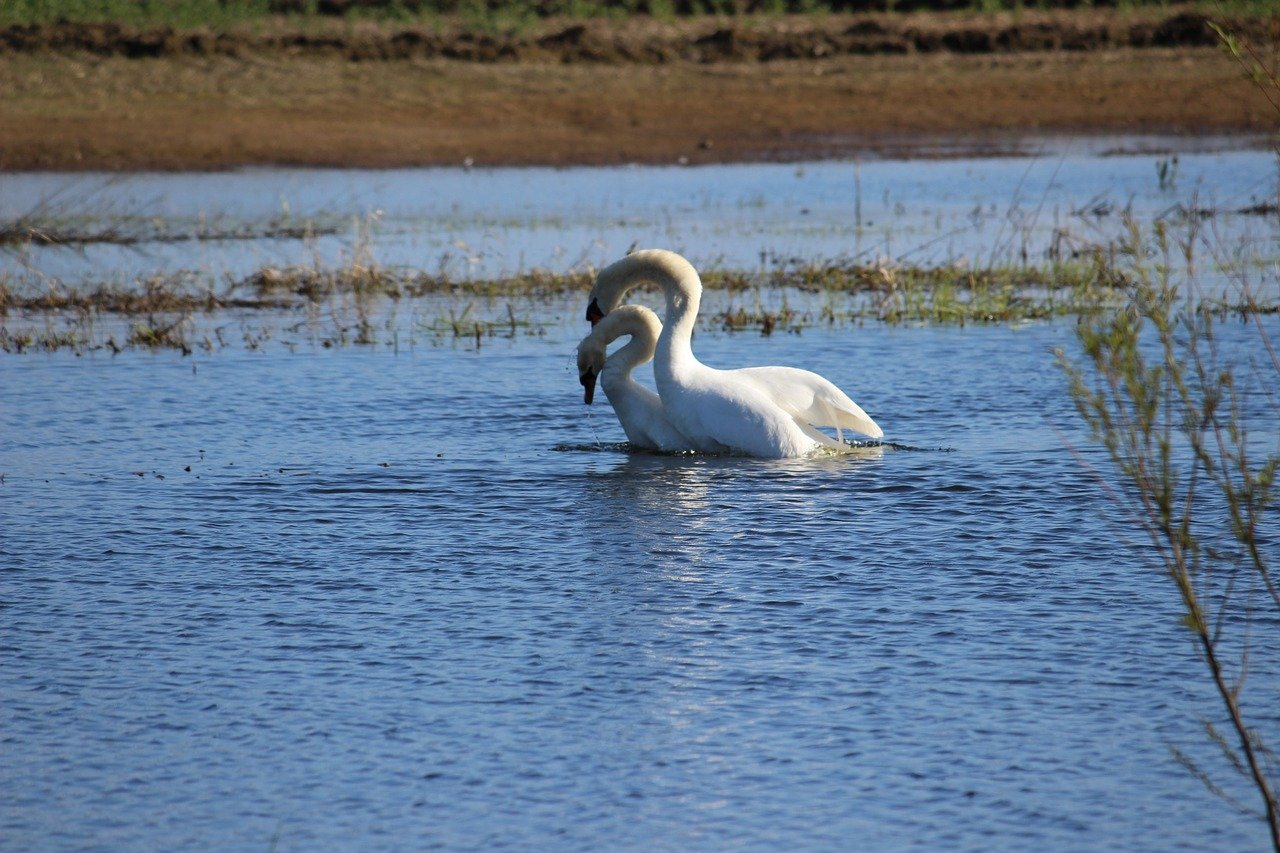 It is just a rumor that swans remain in silence throughout their lifetime and sings only when they mourn their pair’s death. All species of swans including the mute swan have a vocal cord and they make different kinds of sounds when they live.

The usage “Swan song” is now used as a figurative speech, which is now used to imply to famous performers doing the final performance of their life.

What happens when a swan dies during nesting?

This is another misconception among most people that swans when their pair dies during nesting starve to death. That’s not the case.

In case a female dies, the males will take over the nest incubating the eggs and taking care of them. The males are as capable as the females to take care of the eggs and cygnets.

In the event of the death of the male the female swan takes over the nest and incubates the eggs. She is fully capable of taking care of the eggs and cygnets alone in the absence of a male. It is quite common for the female swan to lose weight while nesting but the females are actually prepared for it.

Before nesting, the female feasts herself and stores fats in her body as she knows that food is going to be scarce while nesting.

Differences between a Swan and a Goose