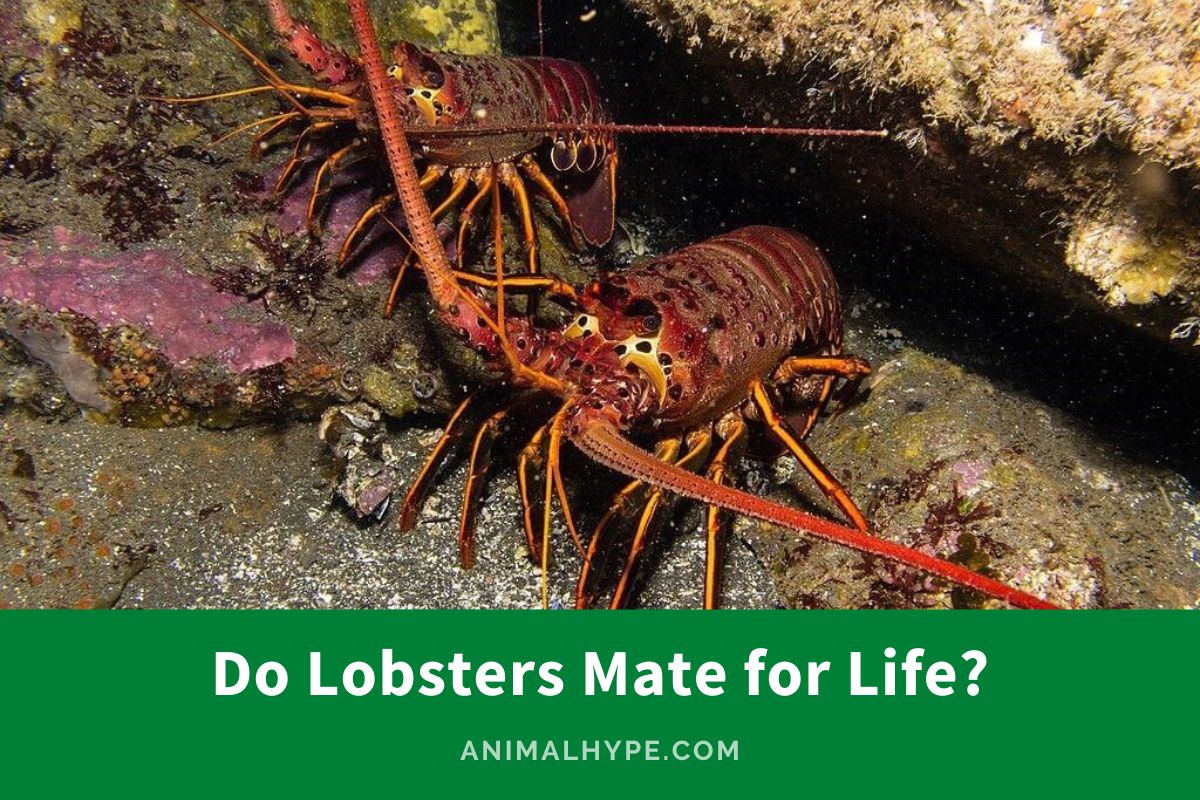 Of course, they do mate for life, that’s what Phoebe Buffay said in “Friends” season two, right? For those of you who don’t know Phoebe Buffay, she is a fictional character from the English series “Friends”. Okay, so was Phoebe Buffay correct about lobsters mating for life?

No, lobsters don’t mate for life. Phoebe was wrong about lobsters because they are not monogamous and they do not mate for life. In fact, a dominant male lobster may even mate with multiple females during the mating season.

Don’t be disappointed, if you actually believed what Phoebe said. Maybe lobsters aren’t the ones to look up to for inspiration in true love!

In this article, we will discuss in detail the mating pattern & behavior seen among lobsters and understand the reason why lobsters do not mate for life.

The female lobsters take turns to mate with the dominant male in the neighborhood with each mating period lasting 2 weeks. So yeah, lobsters remain monogamous for these two weeks.

How do lobsters practice serial monogamy? 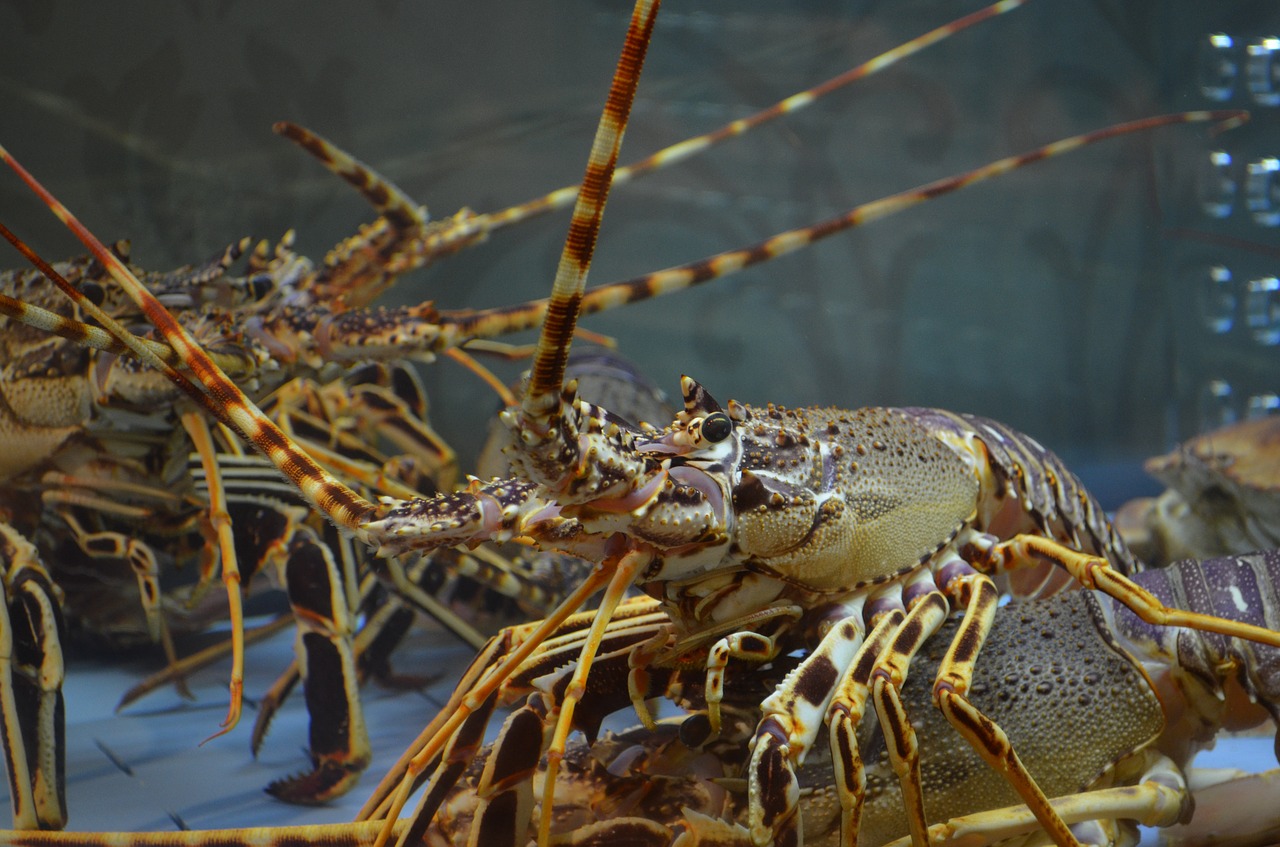 Serial monogamy works like this: A female lobster that is ready to mate (When her turn comes) swims closer to the den of the dominant males. Male lobsters are known for being territorial and they don’t let other lobsters enter his den, let alone a female.

For a female lobster, she needs to shed her hard exoskeleton for a successful mate. Shedding the shell for mating comes with a risk as she can be vulnerable to attacks from predators without her shell.

So it is imperative that she remains safe under the protection of the male lobsters for which she needs to get into the male’s den. Which isn’t going to be an easy task. For the male to let the female enter his cave, she must first seduce him.

The female swims to the entrance of the male’s cave and urinates into the cave. The urine of a female lobster during the mating time contains many pheromones that can seduce the males.

Male lobsters, in general, are very aggressive. Instead of mating, they would rather prefer to fight the female and eat her. These pheromones in the female’s urine relax the males making him less aggressive and more receptive to mating.

Males come out of the cave and sometimes the pair may indulge in a courtship dance before the female gets into the cave.

Why do lobsters practice serial monogamy?

If you have ever seen a lobster, you might know that they have a hard shell protecting their bodies from predators. For a successful mate to happen the female needs to shed this protective covering making her vulnerable until the shell grows back.

After the female lobster seduces the dominant male in the neighborhood she goes into his cave with him. Inside the cave, she starts shedding her shell which is going to take 2 to3 days. Only after she has shed her shell completely the mating begins.

The pair may mate until her shell grows back completely which may take up to two weeks. After a successful mate, once the shell has grown back she leaves the Den with her eggs fertilized. Once she leaves the female whose turn comes up next seduces the dominant male and the cycle continues.

This entire process of shedding the exoskeleton, mating & growing the shell takes almost 2 weeks to complete. The males have to protect the female until her exoskeleton grows back because she is carrying his sperms.
It is for this reason, lobsters practice serial monogamy.

How do the female lobsters identify the dominant males?

Did you know that lobsters can only mate after the female moults?

Yeah, lobsters can only mate after the female moults. While moulting the female releases pheromones that let the males living around her that she’s ready to mate. If there are multiple males, the males will fight amongst themselves for the right to mate.

The dominant lobster shall then take the female to his den where they’ll mate for almost two weeks.

Did you know that a male lobster may eat his partner?

Yeah, lobsters show cannibalistic nature. As mentioned earlier, for the female to mate she must first shed her hard shell that’s protecting her. A lobster without a shell is vulnerable in the wild.

This is where the pheromones in the lady lobsters urine come into play. If the pheromones have not sufficiently influenced the male, he may turn against her and do what they are best known for; fighting.

Do lobsters ever break the cycle of serial monogamy?

Yeah, they do break the cycle. It is the female the mostly breaks the cycle in most cases.

In the event where the male cannot produce enough sperms to fertilize her eggs, she might leave the den and go in search of other mates. Yes, even before her shell grows back she will leave the den.

What do lobsters do after a successful mate? 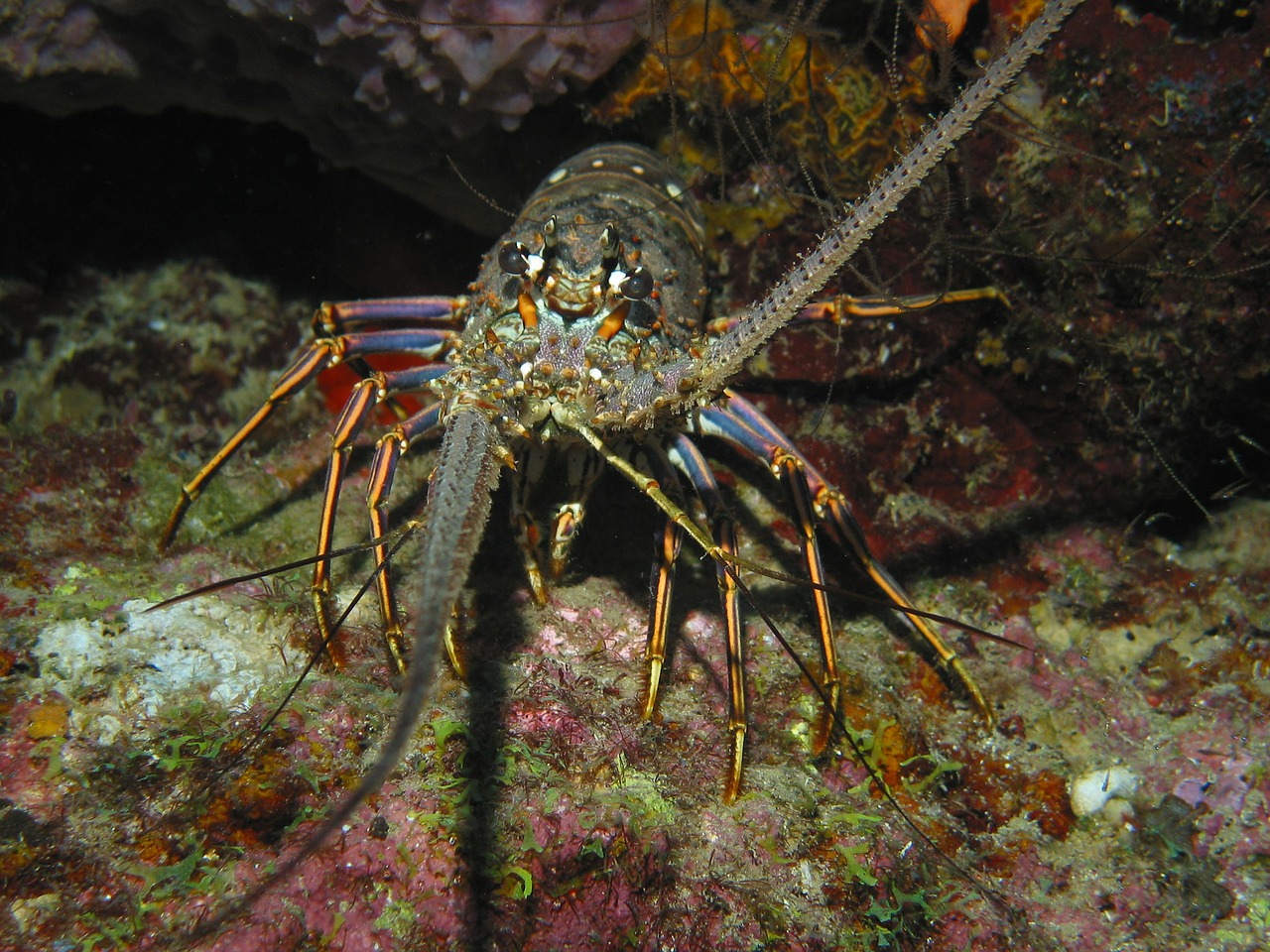 During mating, the female lobsters release anywhere between 10000 to 20000 eggs from her ovaries which the sperms from males have to fertilize. Once the eggs are fertilized, they get glued on to the underside of her tail and remain there for almost 11 months until they are ready to hatch.

Once the shell has grown back she’ll leave the den with her fertilized eggs and carries them until they are ready to hatch. After 11 months she lifts her tail and lets the water sweep the eggs out of her tail. Then she goes back again in search of a dominant male to mate.

It is interesting to note that only around one-tenth of her hatchlings actually survive the first four weeks after birth.

The case of a male lobster is very different from that of a female. Once the female leaves after 2 weeks he gets back to his routine of sleeping during the day and foraging at night. Once another female comes knocking on his doors, he breaks his normal routine and mates with the new female.

Yeah, some times the female lobsters are found to break the mating cycle and mate with other males. This is done only when the male she was mating with can’t produce enough sperms to fertilize her 10000 to 20000 eggs.

The reason for this behavior can be attributed to the fact that less than one-tenth of the eggs actually develop into adult lobsters.

Because of this low percentage, the female lobsters do not risk leaving any of her eggs unfertilized.

Then there have been cases where marine biologists have seen subordinate male lobsters sneaking into the cave of the dominant and mating with the females inside the cave. For the females, the more she makes the better are her chances of fertilizing her eggs.