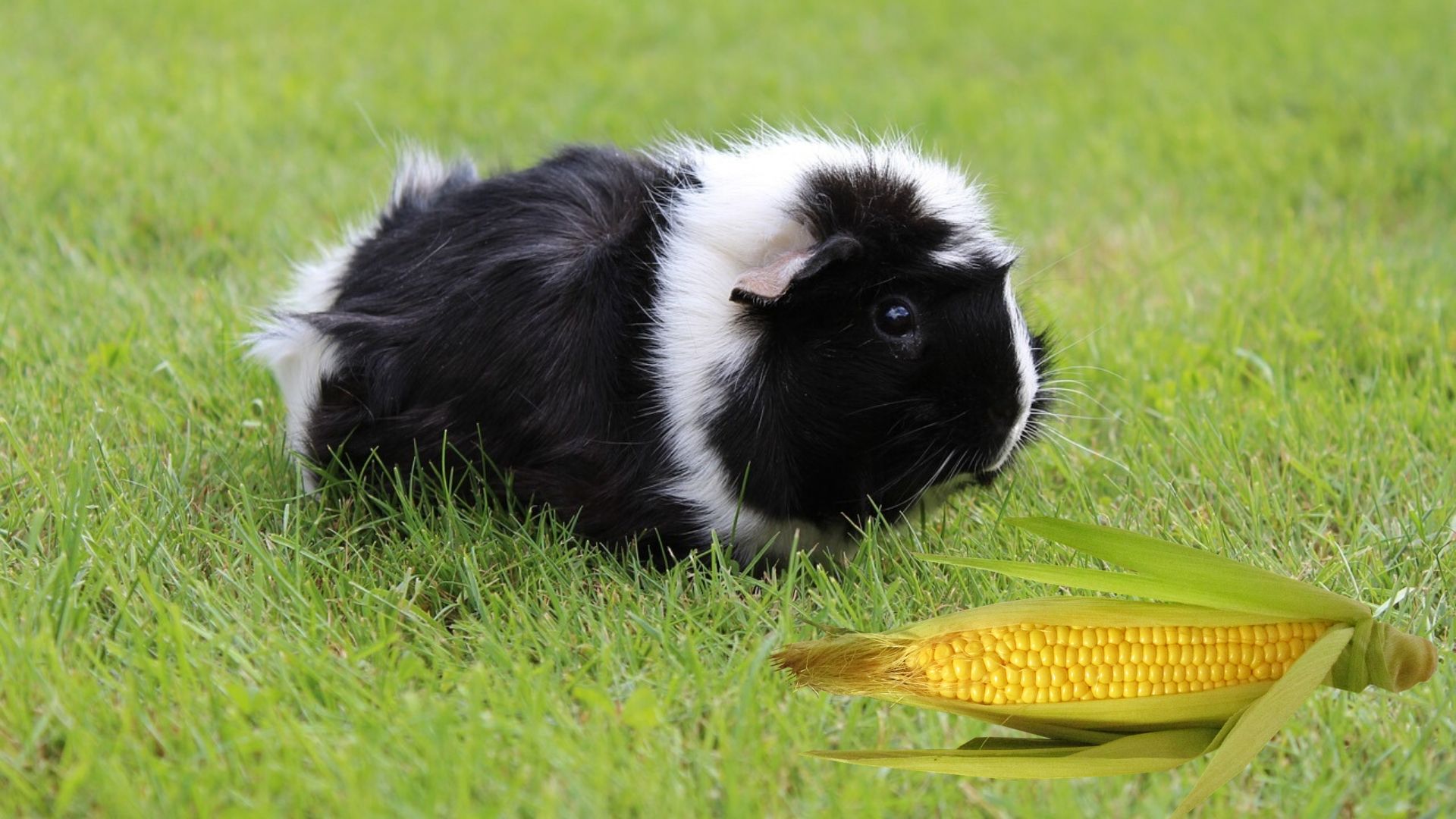 Guinea pigs are adorable pets to have around though they require high maintenance. You need to be well educated about taking care of them, especially knowing what to feed them and what not to. Similar to all other pets, guinea pigs can eat certain food and then there are certain things they should never eat. What about corn? Is it safe to feed them corn?

Just because it is safe to feed them corn doesn’t mean you can feed them corn the way you eat them or as a regular staple diet. Guinea pigs should only be fed raw corn straight from the plant and that too only occasionally as a treat. In this article, we will discuss in detail the things you should be aware of before feeding corn to guinea pigs, the diet of a guinea pig in its natural habitat, and a lot more important facts.

Diet of a guinea pig in the wild

Before we proceed any further, it is important that you understand the diet of a guinea pig in the wild. Guinea pigs are herbivorous and they do not eat meat. In the wild, guinea pigs mainly feed on fruits and vegetables such as apples, carrots, and blueberries.

Similar to other wild animals, the diet of a guinea pig mainly depends on their immediate natural habitat and the availability of food. Apart from fruits and vegetables, they are also found to feed on fresh grass and other green leaves. An interesting thing about the diet of a guinea pig is that they don’t drink water if they eat more of moist food.

Guinea pigs are highly intelligent species when it comes to choosing the food to eat. They are found to change their dietary patterns to cope up with the changing environment and availability of food.

When it comes to feeding a pet guinea pig, there cannot be a better alternative than feeding them grass and hay. This high fiber low protein diet is the best for the health of Guinea pigs.

You should never feed a guinea pig cooked food because their digestive system cannot digest cooked food. So if you were ever to feed your guinea pig, never give them cooked or salted corn.

In fact, guinea pigs love feeding on hay & grass for the high fiber & low protein content in them. That being said, chances are that Guinea pigs are going to love eating the husk and silk of the corn more than the corn itself.

Why do guinea pigs love the husk & silk of the corn more than the corn?

As mentioned in the earlier sections, guinea pigs in general love eating hay and grass because of the high fiber and low protein content in them. Similarly, when it comes to corn, the best part for a guinea pig is the husk and silk because of its nutritional value that is similar to hay.

When you are feeding your guinea the husk of corn, it is advisable to use its inner leaves that are close to the cob. Though you can feed them the husk and silk of the corn often, never feed them the actual corn as a staple diet.

Another thing to keep in mind while feeding them the husk & silk of the corn is the presence of pesticides, bacteria’s and fungi in them. Always wash them properly before feeding to your guinea else it may be fatal to them.

How often can I feed corn to my guinea pig?

When it comes to a guinea pig, a low carb diet is the best for them. That being said, the ideal way to feed the raw kernels on the cob would be not to exceed 1 to 2 times a week. The kernels are rich in starch content (Carbohydrate) and you don’t want to feed them an excess of that.

You also need to keep in mind that you should never feed them cooked corn because they cannot digest it properly. Not just the corn, guinea pigs cannot digest any vegetables that are cooked. Similarly, you should also avoid feeding them processed food items.

As mentioned in the earlier sections, apart from the raw kernels rest all parts of the corn can be fed regularly to your guinea pigs. For instance, the inner husk & silk.

How should I feed corn husks to my guinea pigs? 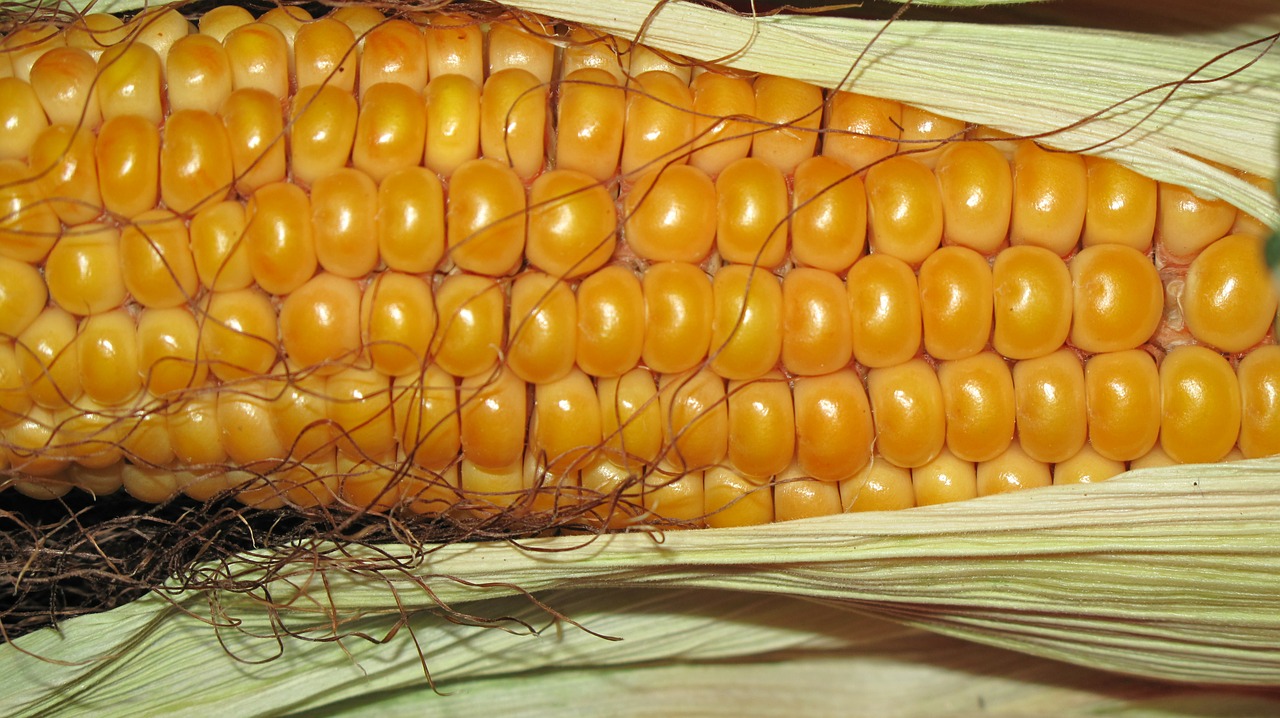 Cut the husks into thin pieces

Corn husks are quite tough. Though your guinea pig can chew through the tough fibers of the husk it would be easier for them, if you cut them into small pieces.

Dry out the husk

Guinea pigs love both the dried and tender husk of corn. If you plan on feeding a batch of corn husk within a few days you can keep them in a sealed bag and keep it tender.

If you plan on feeding the husk later, you should dry them. The dried husk is more like hay; you can keep them as long as you want.

Can I feed sweetcorn to my guinea pig?

As mentioned in the earlier sections, guinea pigs need to be kept in a low carb diet. Which is why you need to be extra cautious while feeding them.

Guinea pigs love sweetcorn for its taste and they will eat how much ever you feed them. You should not feed them, excess sweetcorn, because it has high calories and 3.2% sugar which is not good for a guinea that’s supposed to be in a low carb diet.

Yeah, it is safe to feed cornflakes to your guinea pigs. Being safe does not mean you can feed corn flakes as a regular diet to them because they have a high level of carbohydrates in them.

As mentioned in the previous sections, a low carb diet is the best for your guinea pig. The best way to go about feeding them cornflakes would be to give them cornflakes as a treat once in a while.

Similarly, do not feed them dried chips and other food items made from corn because of the high oil and salt content in them. Guinea pigs should never be fed processed food.

What food is dangerous for guinea pigs to eat?

Feeding anything in excess of guinea pigs can be dangerous. For instance, guinea pigs love carrots and sweet corns but feeding these in excess can cause diabetes. For a guinea pig, the healthy diet is the one that is low carb, high in fiber & low in proteins.

Though the grass is healthy for a guinea pig, feeding grass in excess can cause bloating and it might even kill them.
Similarly, guinea pigs love coriander & Parsley that are rich in calcium.

Feeding these in excess can give them kidney stones due to the high calcium content in them. Likewise, the lettuce-type leaves can cause severe digestive problems that can even cause the death of your guinea pig.