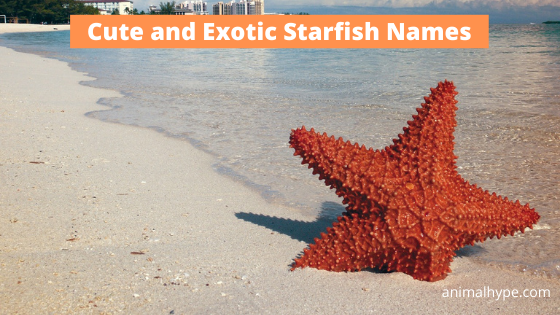 Starfish are amazing sea creatures with over 2000 colorful species. They are not really fish, having no blood and bones in their body. They usually have five star-shaped arms, but some species may even have 40! They are also known as Sea Stars.

Starfish is the new exotic pet that everyone wants. These lovely creatures are not very fussy. Most of the time, they lie on the seafloor and do their own thing. However, if you want to bring one home, they might prove an expensive pet!

If you have finally brought home a Sea Star of your own, it might be puzzling to arrive at the perfect name for your exotic pet. This is why we’re here to help. Explore a variety of wonderful names and pick the one that suits you and your pet Star perfectly! 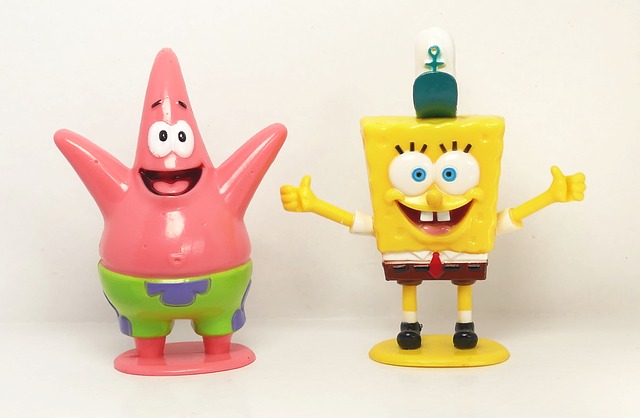 Staryu — A water Pokemon that looks just like a starfish. It lives on the seafloor and glows like a jewel. If you’re a Pokemon fan, this is a cool name to bestow on your pet Star.

Starmie — He’s a water Pokemon based on a starfish. Starmine has the amazing power to shoot electrical waves underwater.

Perry — A funny platypus from Phineas and Ferb.

Tom and Jerry — The perfect name for a cool starfish duo.

Smurf — Smurfs are tiny blue gnomes from the famous cartoon The Smurfs.

Alvin, Simone, and Theodore — The trio of chipmunks from Alvin and the Chipmunks. 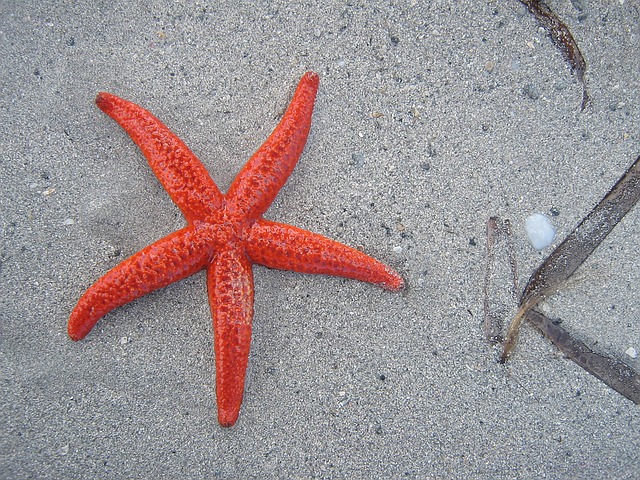 Bellatrix — The star from the Orion constellation. Bellatrix means female warrior in Latin. It can be a cool name for your pet Star!

Electra — This star belongs to the constellation of Taurus. In Greek, Electra means the bright one. It’s named after a character from ancient Greek mythology.

Meridiana — The star from the Corona Australis constellation.

Irena — This star belongs to the Hercules constellation. It means peace in Greek.

Atlas — Atlas is associated with astronomy and endurance in Greek mythology. It’s the star from the Taurus constellation.

Mimosa — The star from the Crux constellation.

Polaris — It refers to the pole star, which is part of the Ursa Minor constellation.

Proxima Centauri — This is the star that is closest to the sun. It belongs to the Centaurus constellation.

Regulus — It belongs to the Leo constellation. Regulus means little king or prince in Latin.

Sirius — It is the brightest star in the sky. In Greek, Sirius means the scorcher. 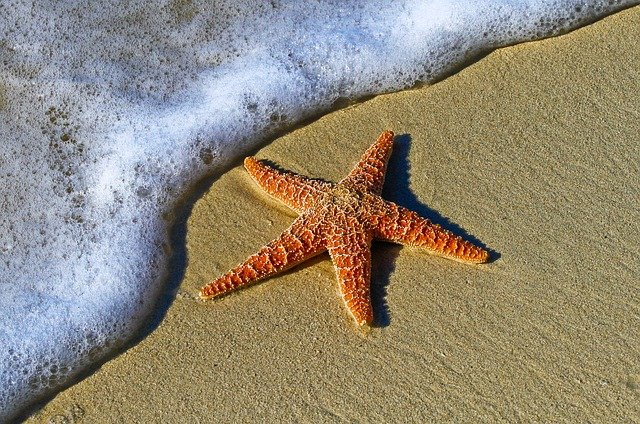 Stardust — We’re all made up of stardust and to stardust, we shall return!

Coral — A sweet little clownfish from the film Finding Nemo.

Oceania — A lovely name for the lovely Ocean Star.

Salty — A starfish only survives in saltwater. Hence, salty!

Ocean star — For the star who lives in the ocean instead of the sky.

Sunflower — The Sunflower Sea Star is the largest species of starfish.

Starfish Names Inspired By The Sea

Rock — They may be small in size, but starfish are actually tough creatures. They have a hard outer skin, which hunters find difficult to chew. This saves them from being eaten by other sea creatures. Hence, the perfect name for your little rock!

Daria — Daria is a Persian word for sea.

Kai — This means sea in the Hawaiian language.

Moss — How about naming a starfish after their diet? Usually, starfish eat clams, oysters, and mollusks. But they also like to feed on algae or fungi found on the surface of rocks.

Wade — Starfish have hundreds of little legs to help them wade through the seafloor.

Cordelia — This sounds like royalty! Cordelia means the heart of the sea in Latin.

Pearl — The perfect name for the jewel of your aquarium!

Zale — That’s a name you don’t hear very often, do you? In Greek, Zale means the strength of the sea.

Firth — A Scottish name that translates to an arm of the sea.

Sandy — Sandy the starfish features in the Disney series Jake and the Never Land Pirates. She is a starfish who loves to sing!

Peach — She is a pink starfish who appears in Finding Nemo. In the Disney film, she is a smart starfish who knows English. Who knows if you call your pet Sea Star Peach, maybe she will understand what you’re saying!

Marlin — This is a clownfish from Finding Nemo.

Bianca — Bianca is the pet goldfish who belongs to Mickey Mouse.

Cleo — A very pretty goldfish who appears in the Disney film Pinnochio.

Neptunia — She appears in the television series Darkwing Duck. She is a super fish who wants to protect the ocean.

Nemo — We all know the famous fish from Finding Nemo.

Dennis — He is an orange goldfish with a British accent! This guy appears in the television series Stanley.

Bubba — A name for the lazy ones.

Dawdle — That’s how a starfish moves.

Fishy — Since starfish are not really fish, this might be a good attempt at an irony!

Jack Sparrow — Who doesn’t remember the famous pirate riding on the high seas from Pirates of the Caribbean?

Plankton — This is what a starfish has for its dinner.

Pink — If both you and your sea star are partial to the color Pink!

Hydra — Hydras have many tentacles and so do starfish. Usually, a starfish has five arms, but they can also have up to 40 arms!

Marina — For the wonderful marine beauty.

Dilly and Dally — The perfect name for a pair of lazy starfish.

Mystery — A great name for a mysterious creature like the starfish.

Gooey — Did you know that the sea star wasting disease causes a starfish to disintegrate into a pile of white goo?

Siren — The siren were mythological creatures of the sea. They lured sailors to their death by singing an irresistible song.

Ariel — The beautiful mermaid from the Disney film The Little Mermaid.

Nerissa — In Greek, it means “from the sea”.

Jasmine — Always dresses in blue, princess Jasmine is a famous character from Aladdin.

Stella — It means star in both Latin and Italian languages.

Marshmallow — May the bond you have with your pet always be sweet and sticky!

Beach — Not all starfish live in aquariums. 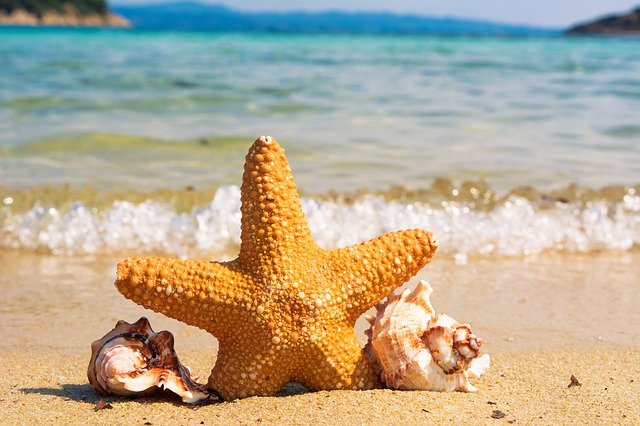 Coralia — It is the name of a mermaid in a ballet produced in the 18th century.

Nessie — A nickname for the mythical Loch Ness Monster who lives underwater.

Maya — In Sanskrit, Maya translates to magic. It’s the perfect name for your magical pet.

Tamara — A mermaid from The Pirates of the Caribbean.

Syrena — A mermaid who appears in the film On Stranger Tides.

Caspian — The Caspian Sea is a large salty lake between Europe and Asia.

Poseidon — The powerful Greek god of the seas.

Oceanus — In Greek mythology, Oceanus was the great river that encircled the world.

Medusa — An ancient sea creature in Greek mythology with poisonous snakes rising out of her head.

Aphrodite — The Greek goddess of beauty, love and pleasure.

Some Unusual Facts About A Starfish

Very little is known about these wonderful sea animals even today. But one thing is clear—they are unusual creatures. Here are some facts about a starfish that may take you by surprise!

What should you call them — Starfish, Sea Star or simply Star? Turns out, starfish are not really fish. They neither have gills or fins, nor do they swim like a fish. Therefore, scientists prefer calling them Sea Stars.

Not all starfish have 5 limbs. Some have 6 or 7 limbs or maybe even 40! If they lose a limb, it grows back on its own. Isn’t that a cool superpower to have?

A starfish’s eyes are situated on the tips of their arms—one eye on each arm. These colorful creatures are actually color blind.

Starfish don’t have either bones or blood. Filtered seawater is their version of blood.

When it comes to reproduction, starfish are very versatile. They have the option of sexual as well as asexual reproduction.

The Sunflower Sea Star is the largest starfish in the world. It may have 16 to 24 limbs and an arm span of up to 1 meters.