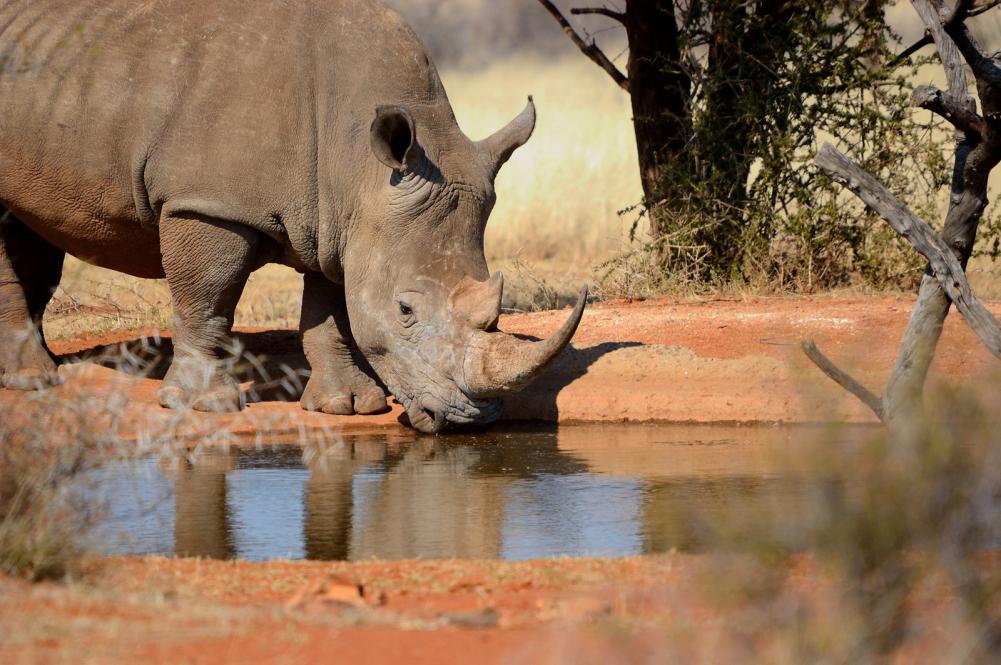 If you want to see a real-life unicorn on this planet, you only have rhinos to satisfy your curiosity. Their horn is the only feature that makes them similar to these mythical creatures. Rhinoceros, the full name of these animals, is a combination of two Greek words that mean nose and horn.

Rhinos are not only known for their unique features but are also hunted for it. Their horns are known to have medicinal properties, and poachers kill rhinos for this very purpose. The horns are also sold as decoration pieces. This act has significantly dwindled the number of rhinos and has brought them on the brink of extinction. There are only 29,000 rhinos left in the world, and the number combines rhinos of all five species.

These gentle giants are herbivores, and each species has a different diet. The reason behind this is their snout. Each species’ snout is shaped differently, which restricts their access to some food to some extent.

Naming a rhino can be challenging because you want to find the perfect name for this magnificent creature. Hailing from either Africa or Asia, the term rhinoceros quite literally means having a “nose horn,” which is what the horn on a rhino’s snout looks like.

Are you looking for cute and funny rhino names for the rhino at your local zoo? Coming up with good rhino names for this gigantic, serious-looking creature is a community effort, and we’re here to help you find the best options.

Read on to discover cute and funny rhino names that you might want to consider.

Throughout history, rhinos have been known to make miraculous recoveries and give birth at a time when the world was desperate to help these precious mammals.

Here are a few famous rhinos in real and reel life, that won the hearts of people all over the world.

These are famous rhinos from film and media whose names you might want to consider:

It’s fun to find a name that gives off a happy, cheerful vibe. Here are some we put together: 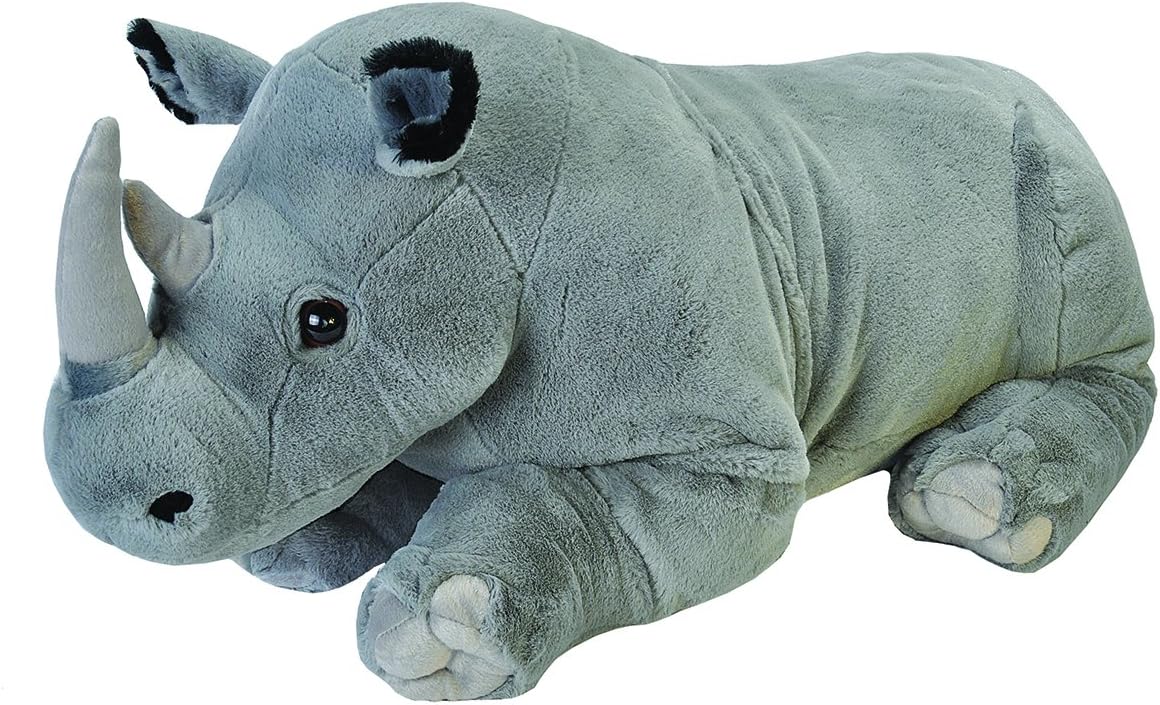 Looking to name your stuffed toy rhino? Here are a few you’ll want to see.

Every rhino name is cool, because every rhino that it belongs to is special in its own way. Here are some names you’ll want to check out: 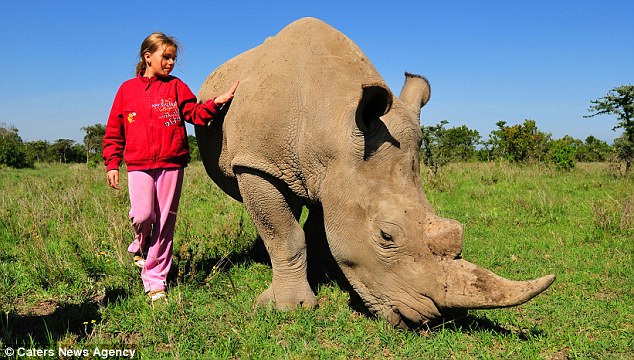 Although no one has an actual pet rhino, if you’re planning on adopting one that you will keep at the zoo, here are some names you’ll want to consider if you’re given the option to choose a name: 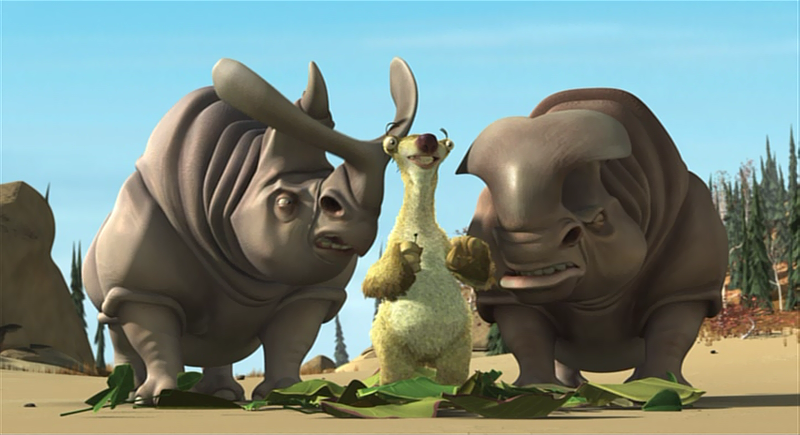 If you’re looking for name inspiration from the famous animated movie Ice Age, we have you covered. The movie, which is about a group of animals learning to live through the ice age and form new friendships, has been a favorite for years.

There are only two rhinos in the movie, namely:

There are two Greater One-Horned rhinos at the Woodland Park Zoo, at its Assam Rhino Reserve:

There are three different options for the new baby Greater One-Horned rhino born at the zoo:

The mother’s name is Tensing.

San Diego has one of the largest crashes of rhinos, some of which are named as follows:

Some of the male rhinos at Edinburgh Zoo have since left to be paired with mates, in an effort to conserve their species.

The rhinos that have been in and out of this zoo are named as follows:

This zoo in Australia is another conservation site for endangered rhinos.

Some of the rhinos that live here or have lived here in the past are named:

Although there have been a few negative instances in the zoos in France when it comes to rhinos, they are trying their best to keep the rhinos safe and healthy.

One of them is named as follows:

One of the biggest zoos in the world, the Toronto Zoo has its fair share of rhinos as well. Most of these are white rhinos.

Some of them are named as follows:

Australia Zoo is home to many beloved rhinos.

Here are the names of a few:

Unfortunately, because of their horns, rhinos are often hunted down and have now been listed as an endangered species.

Out of the five species of rhinos there are, three of them are in danger of extinct and are in dire need of protection.

Hopefully, you’ll play your part in helping these beautiful creatures get a second chance at thriving.

Rhinos are unique creatures, and if you care for them, you can give them a name. Our extensive list can help you with that.

Even if you have a stuffed rhino, they deserve to have a name. Just choose from one of the great options given above!

Before getting into the names, it’s always a good idea to learn a little about the animal you’re interested in. Here are some facts about the five different species of rhinos.

This is the biggest rhino species in Africa and is often noted for their squarish-looking lips. They live in the grasslands and savannas and love feeding on grass. They need to eat every day in order to survive but can actually go up to 5 days without any water, which is how they’ve adapted to a dry climate.

Did you know that despite their name indicating that they’re white, white rhinos are, in fact, gray? At one point, there were so few white rhinos left that they almost went extinct. With some interventions, they began to return; however, their population is now threatened once again.

This rhino is somewhat smaller than a white rhino and has hooked lips, which is one way to distinguish it. The black rhino is quickly going extinct, with only around 5000 left in the world. They live in tropical grasslands, deserts, and shrublands and are the second species to be found in Africa.

Similar to a white rhino, black rhinos do not actually have black skin. They are also gray but are darker than a white rhino. They are very shiny and like to keep to themselves, so if an outsider comes near them, they might react aggressively. They also like staying in the midst of heavy shrubs and bushes, which makes them more difficult to point out than the white rhino.

This Asian species is also referred to as the Indian rhino. Their population is very low, with only around 3600 left in the world, however, it is a steady increase from the 1900s, when there were around 200 left. They live primarily in India and Nepal and prefer living in grasslands and wetlands.

The second Asian species only has 100 of its kind left in existence. This critically endangered rhino prefers tropical and subtropical forest areas. It is the one species of rhinos that has hair and is the closest descendent of woolly rhinos. They are also the tiniest of the rhino species.

Not only are these rhinos going extinct because of poaching, but the areas where they thrive have been fast depleting, leaving them with no place to live. They love eating leaves, the tops of plants, twigs from trees, and fruit.

This highly endangered species and the only one that now resides in a national park is the Javan rhino. There are only 72 of them left, and they live in the Ujong Kulon National Park in Indonesia in an effort to keep them protected.

These rhinos love spending their day inside water holes and taking mud baths. They have elongated upper lips, which helps them feed on trees, leaves, and twigs. They also like eating grass and can spend their time grazing in a grassland.

One interesting fact about them is that only their males have horns, while the female has none.