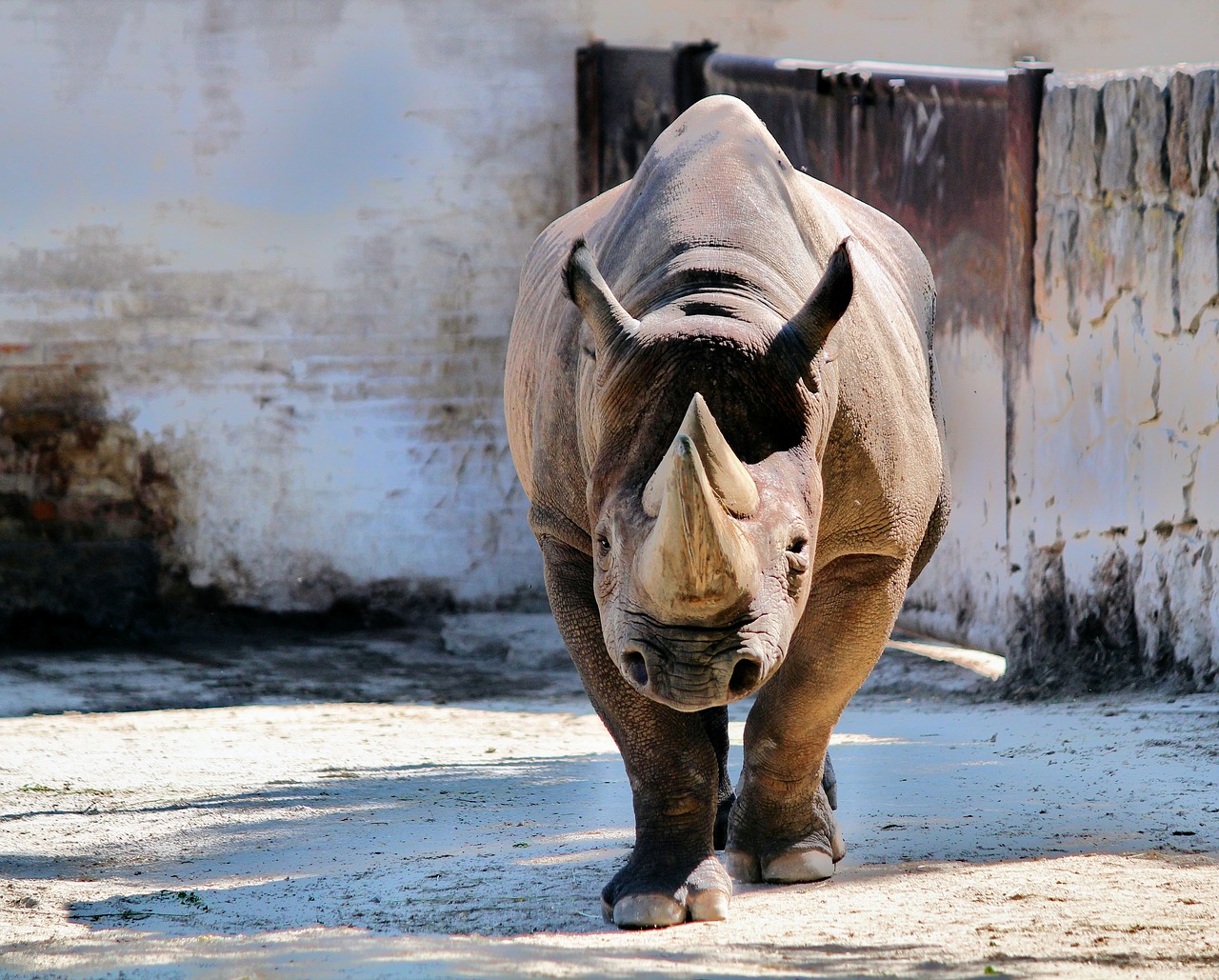 There has been considerable debate among big game hunters over the pugnacity of rhinoceroses. Some believe they are the most dangerous of all animals, while others insist that hunting rhinoceroses are no more dangerous than hunting ducks.

So are rhinoceros really dangerous? Well, the encounters of people with rhinoceros pretty much explain that generally, rhinoceros are calm and composed but they can potentially be very dangerous when provoked. They can get ready in seconds for a life-threatening fight against someone who tries to disturb its peace. The horn of an enraged rhinoceros can be very lethal for someone in its way.

Most hunters think that, of the African mammals, the elephant, lion, buffalo, hippopotamus, and rhinoceros are the most dangerous; and the rhinoceros has been ranked both at the head and at the foot of this list.

Obviously, hunters who have had a harrowing experience with a particularly ill-tempered specimen consider the rhinoceros more dangerous than do sportsmen who have been more fortunate.

Some men believe that frequently what is reported as a rhinoceros charge is simply an attempt by the rhinoceros to escape. It is just because of poor eyesight, or sheer stupidity, the animal sometimes runs toward the hunter accidentally. However, any man or animal in the path of such a charge, accidental or not, would certainly be spitted by a horn or trampled in the dust.

One hunter tells of a narrow escape he had with a white African rhinoceros. He was hunting on horseback when he sighted a fine male. Putting spurs to his horse, he came within shooting distance, took aim and fired and expected the rhinoceros either to fall dead or retreat as members of the species usually do. But this rhinoceros had other ideas.

It lowered its head and charged the horse and rider so quickly that they could not escape its rush. The longest horn caught the horse in the side, completely penetrated its body, and struck the man’s leg on the opposite side.

Horse and rider went down in a scrambled heap, but fortunately, the hunter managed to disentangle himself in time to kill the rhinoceros before it could finish what it had started.

Rhinoceroses seem to be suspicious of anything new. When roads were first built through rhinoceros country, there were many reports of their blindly charging auto-mobiles and reducing the cars to wreckage, and there is at least one record of an irate rhino’s actually attacking a train.

The passengers were made rudely aware of the attack by a tremendous jolt and, looking out of the windows, saw a rhinoceros scramble to its feet and stagger off with much snorting and head shaking.

As the story of the hunter would suggest, the horns of a rhinoceros are lethal weapons. To a white rhinoceros, and a female at that, must be awarded the prize for having produced the longest one known. This enormous horn, collected in South Africa, is 62 and 1/4 inches in length and it has a maximum girth of 22 and 1/4 inches.