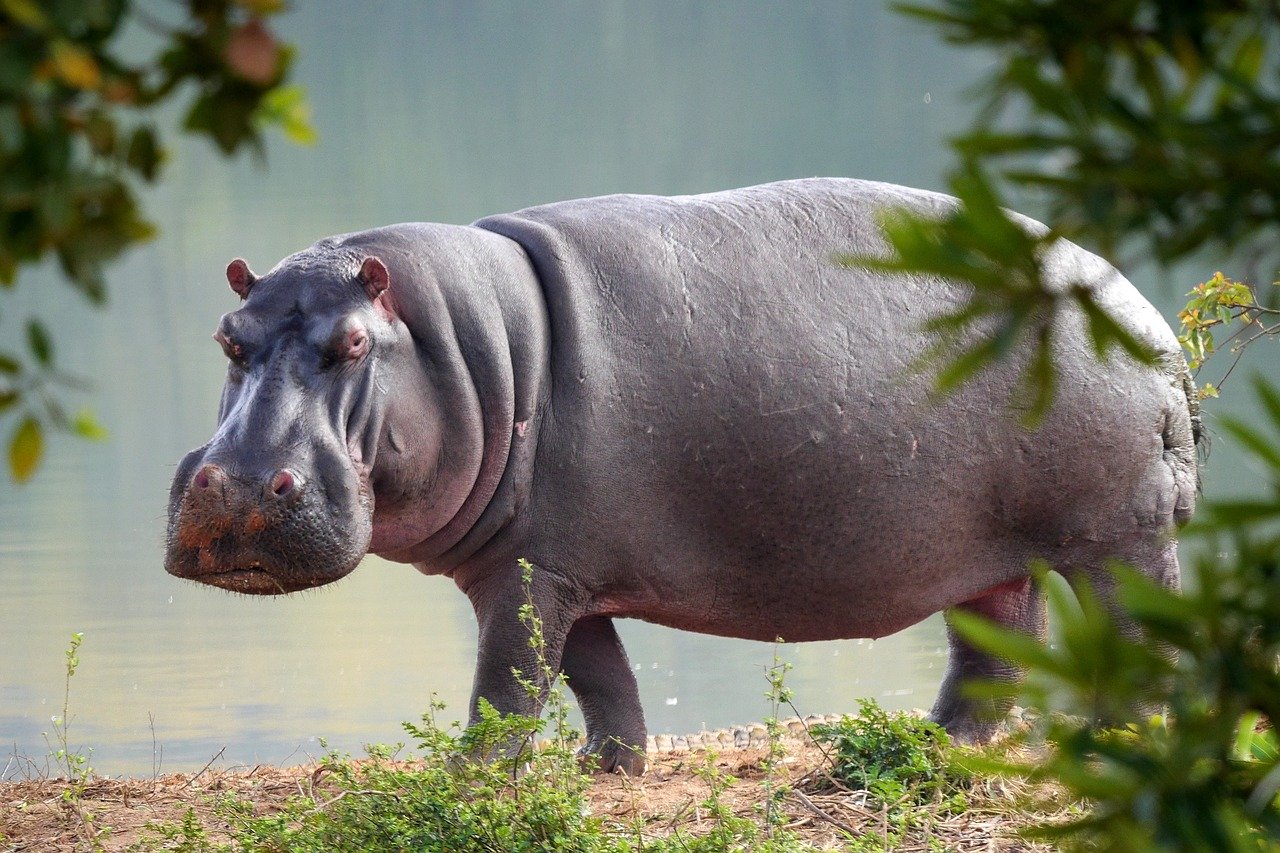 Are you aware that the name hippopotamus is a Greek word meaning river horse?

Hippos are semi-aquatic herbivorous mammals. Their natural habitat is sub-Saharan Africa, although you can easily find them in zoos and animal parks across the world.

You may have thought of owning one as a pet. Before jumping with excitement, take the time to counter check your state’s laws on exotic pets.

Once you get your hands on one, the next hurdle will be to look for a pet name. Well, don’t worry as we have got you covered.

Read on for some funny and cute hippo names you can use. 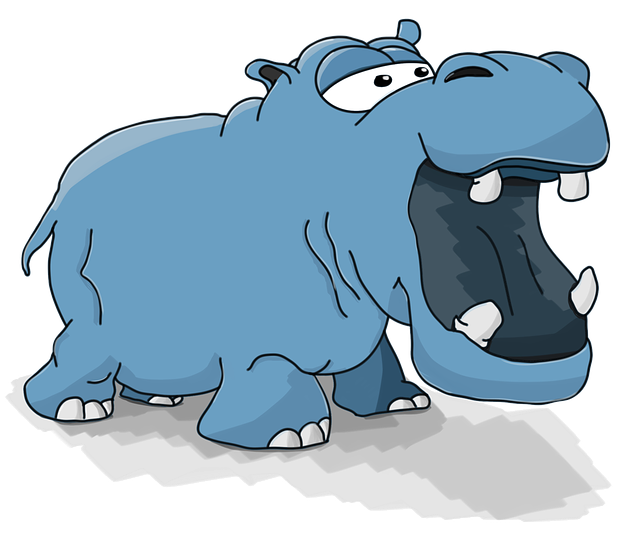 In the world of entertainment, producers and creators will go to any length to keep us entertained. This can mean using some of the funniest or despicable characters to deliver the intended message.

Well, hippos have not been left behind. Here are 16 fictitious hippo names from animations, comics, and storybooks.

1. Hip-Hip: Hip-Hip and Hurra is a polish educational animation series. The main character, Hip-Hip is a pink hippopotamus who acts as a police detective.

2. George: From James Marshall’s children comical series – George and Martha, these are two hippo characters whose adventures together are chronicled.

3. Martha: The other half of George and Martha from James Marshall’s series.

4. Pink Pippo: This is a fictional character from the children’s storybook – Pink Pippos of Portland.

5. Peter Potamus: Adapted from the show Peter Potamus and his Magic Flying Balloon, Peter is a purple hippo who travels the world on his air balloon.

6. Hyppo: Derived from an anime – Hyppo and Thomas, which depicts a friendship between a cunning bird and a hippopotamus.

7. Hugo: From the animated movie – Hugo the Hippo. The film is centered on a baby hippo on the island of Zanzibar. Hugo is the lone survivor of a hippo massacre that had been ordered by the Sultan after the hippos starting invading the farms of local villages due to hunger.

8. Gloria: One of the major characters of the animated series, Madagascar. Gloria is a female hippo who, together with her friends, were tourist attractions in a zoo – the Central Park zoo.

9. Hippo the superhero: If you are a comics enthusiast, then the name Hippo will delight you. Hippo appears in Marvel Comics and is transformed into a humanoid version who has superhuman abilities and can adapt to water bodies.

10. Pat: From the French animated series – Pat and Stan, Pat is introduced as a pink hippo, who together with his partner, Stan (an orange dog), takes part in various commercials.

11. Mali: Adapted from a legend from the African country of Mali. Mali Sadio is a hippopotamus who developed a deep friendship with a local girl. In the end, he was killed by a jealous human male who had fallen in love with the girl.

12. Hungry Hippo: Have you ever played hungry hippos? Well, this is actually a tabletop game in which two or four players can play together. It entails picking as many marbles as possible using a toy in the shape of a hippo.

13. Moto Moto: Another hippo character from Madagascar 2, Moto Moto plays a naughty role of only being attracted to plump, voluptuous females. Gloria the Hippo and Moto Moto develop an attraction towards each other, but their attraction wanes with time when Gloria discovers his true character.

14. Flavio: From the series Animaniacs, Flavio is one of the two hippos who act as supporting characters.

15. Marita: Marita is the other hippo from Animaniacs. Together with Flavio, they represent a wealthy Spanish couple.

16. Dolph: A fictional character from the Danish animation, Dolph the Fascist Hippo. This character depicts a fascist Dane who comes off as a racist. He is seen to hide anytime a black figure passes nearby. 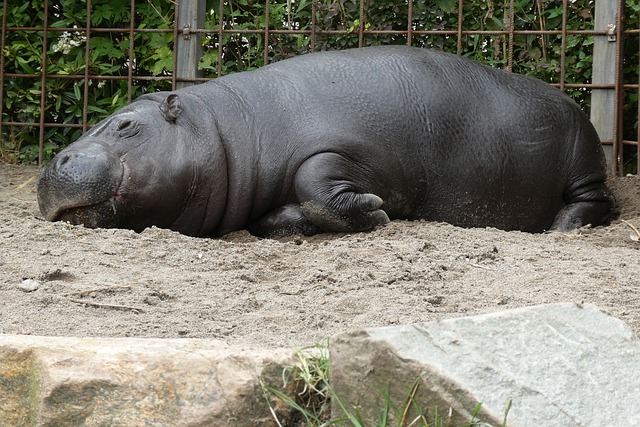 Yes! a hippo may appear mean, but your pet hippo deserves a cute name! Don’t you think so? Here are some 29 adorable names to spoil your hippo with.

1. Alvin: A highly popular pet name, there is no harm in naming your hippo Alvin.

2. Bagel: Imagine having a baby hippo called Bagel! How sweet!

4. Diva: A female hippo would benefit from this!

5. Ernie: Quite appropriate for a hefty hippo.

6. Beck: There is nothing wrong with naming your hippo after Aaron Beck, the father of modern cognitive therapy.

10. Jemma: Such a motherly name for a female river horse.

13. Bobbafett: Trust me, word will spread around town that there is a pet by the name Bobbafett.

15. Hippy: The ringleader of team hippos.

17. Kobo: From the great Japanese writer and inventor, Abe Kobo.

18. Chevy: It’s not only automobiles that have the name Chevy.

19. Kingkong: The mighty lord of the mud.

20. Bren: How appropriate for your ‘bren’ new hippo pet.

23. Roxie: Maybe your neighbor has a female dog pet named Roxie. Start a neighborly fight by naming your hippo Roxie!

24. Biggy: Whether it’s a baby hippo or a mother hippo, all hippos are big.

25. Snoopy: Someone is snooping around for some grass! Can you see him?

26. Gimmy: After spending an entire night rummaging through the woods for some juicy grass, I just need someone to g-i-m-m-e some candy!

27. Smurfy: With all the mud and wetness, hippos have quite a smurfy look!

14 Goofy Hippo Names Based On Their Characteristics

When you hear the name hippopotamus, what comes to your mind?

Well, hippos are generally associated with aggressive behavior, voracious eating habits and are considered one of the most dangerous land animals.

Let’s look at some pet names which depict some of these traits.

1. Mr. Gnasher: Hippos are known for their huge, tusk-like teeth. Apart from using them to gnash plantations, herbs, fruits, and grass, hippos use their gnashers for protection against predators, fight off humans as well as each other.

2. Miss. Teeny: Truth be told, hippos are short in stature. Calling your hippo pet Teeny will suit her just right.

3. Hefty Hannah: Hippos are humongous creatures. Besides elephants and rhinos, hippos pride themselves in being on the list of the heaviest land animals. A male hippo can weigh up to 9,900 pounds while a female hippo has an average weight of 3,000 pounds.

4. Dawdly-doo: A synonym of slow, hippos can be notorious for dawdling around.

5. Madam Sluggy: Let’s be honest! With all that weight, a hippo is bound to become sluggish at some point.

6. Angry Arnold: Never cross a hippo’s path as you may never live to tell the story. These ferocious critters are capable of snapping a human into pieces within minutes. Hippos become highly aggressive when their territories are threatened.

7. Vero the vegan: Hippos are essentially vegans since their diet is mostly plant-based.

8. Mr. Muddy: Hippos spend most of their time submerged in muddy pools or swamps. They can easily camouflage in mud too since their skin color and mud look alike.

9. Hulky: Anytime I look at an image of a hippo, I get the picture of a hulky beast, I don’t know about you!

10. Snorty Sam: Hippos are actually loud animals. They are notorious for making snorty, deep noises that are as loud as several musical loudspeakers put together.

11. Aqua: How about Miss. Aqua for a pet name? Hippos love being wet and cool throughout.

12. Hipsterpotomus: You must agree with me that hippos are hip-stars! No pun intended!

14. Chewbacca: Boasting of an extensive mouth, hippos are voracious eaters who chew on food like no one’s business! 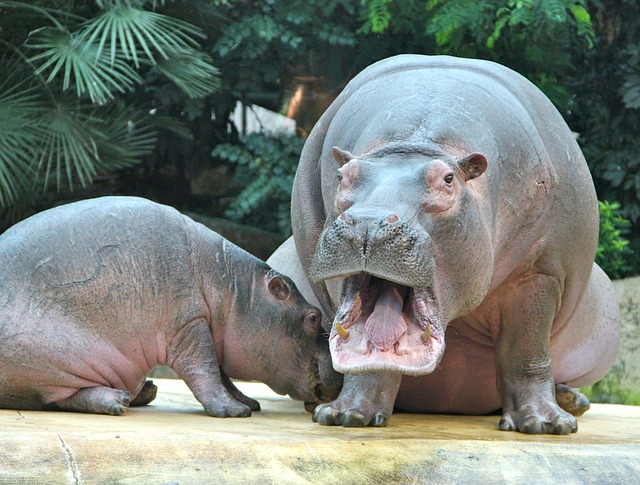 Brighten someone’s face by telling them your male hippo pet has one of the following names. 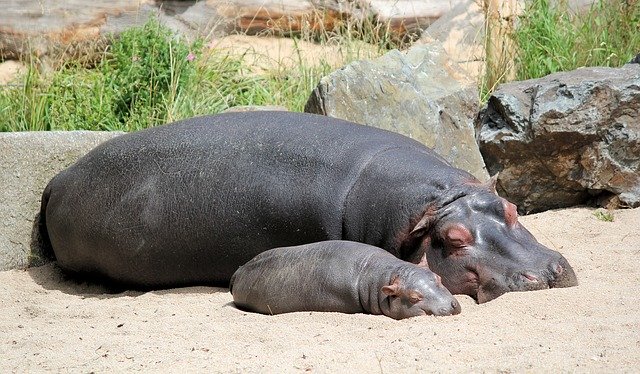 Sorry, guys! Like Gloria, the Hippo, female hippos are the queens who deserve all the exciting names. Choose any of the following 20 names. 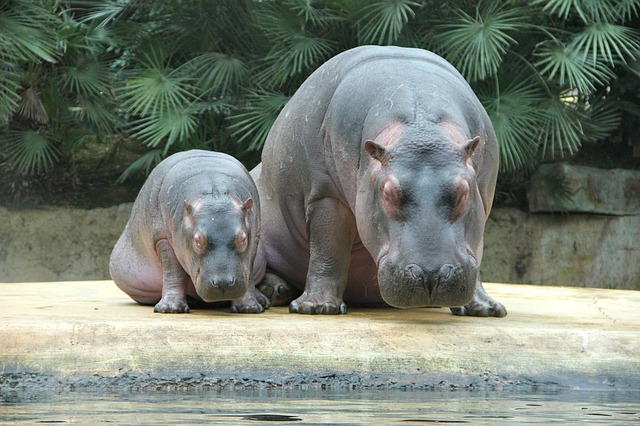 Baby hippos are so squishy and cute. This will make you want to name them as follows.

Hippos are somehow two-faced. They have their aggressive as well as the peaceful side. If you have a hippo pet and are lost for pet names to use, you have come to the right place. Choose any of the above at your will.