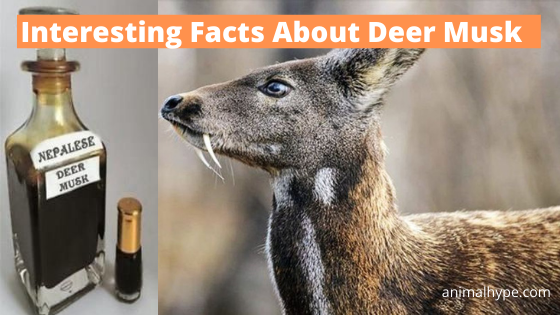 Have you ever heard of deer musk? If you are passionate about cologne and keep a collection of it, you might have heard of deer musk at some point. Deer musk is quite a popular name in the world of perfumes and colognes. It is a chemical substance that has a strong, pleasant odor, obtained from the caudal glands of a musk deer.

The history of deer musk

The first mention of deer musk was made in the 5th century A.D. in Talmud, a text of Jewish theology. In the Talmud, deer musk was mentioned as an animal-based fragrance. A century later, Cosmas Indicopleustes, a Greek explorer, talked of deer musk as a product that was found in the country of India.

From here, the deer musk became popular for its smell. Soon thereafter, all the great perfume-makers from Arab and Byzantine began to hire hunters and poachers to hunt down musk deer and obtain their musk glands.

The musk from the musk glands was then dried and processed into very pleasant-smelling perfumes. Because of its intoxicating odor, deer musk was often referred to as an aphrodisiac.

Deer musk perfumes soon became an item of luxury within the Royalty and were popular among the caliphs of Baghdad as well as the Abbasid Caliphate.

In the 9th century, Al-Kindi, who is referred to as the father of Arab philosophy, began to use deer musk in many of his perfume recipes. These perfumes were then exported to different regions on a ship, which is how deer musk became popular worldwide.

How was deer musk named?

The term “musk” was originally derived from an Indian Sankrit term “muṣká” which means “small testicles”. Today, deer musk is commonly referred to as “kasthuri” in India.

Other names of deer musk are:

The species of musk deer 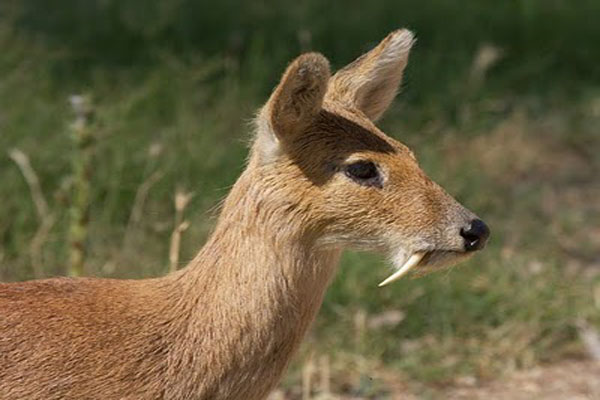 Most people seem to think that only one unique species of deer have musk glands. However, this is not true. The term “musk deer” is used to refer to a group of deer species, all of who belong to the Moschus family. The Moschus family consists of seven different species. 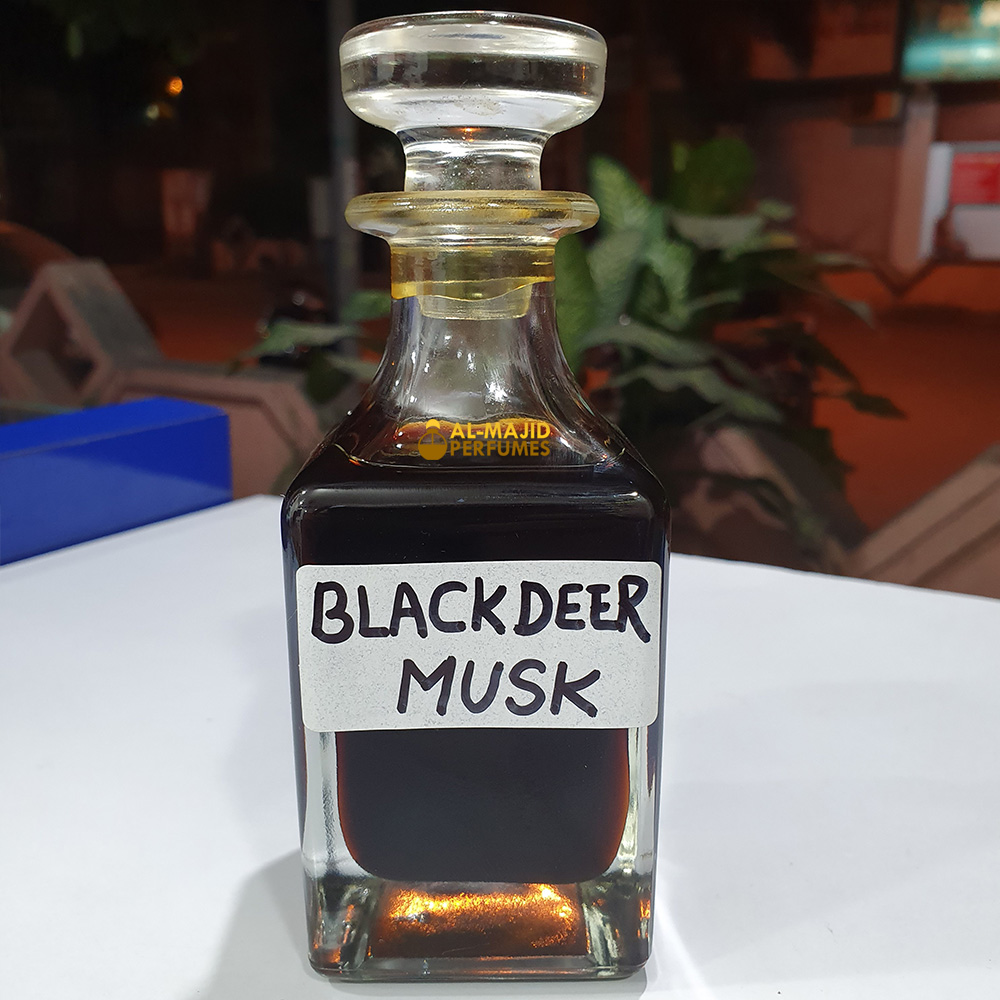 Here are some interesting facts about deer musk as well as about the deer who produce it. Take a look.

Musk deer are not really deer

Although these musk-producing animals are called “deer”, they are not like true deer. Musk deer have many physical characteristics that do not match with true deer belonging to the Cervidae family.

Unlike deer, they don’t have antlers. However, the musk deer have a pair of fang-like tusks in front of their mouths, which are not seen in the true deer.

Moreover, musk deer lack the facial glands that true deer possess. The last and most essential difference between the two is the presence of the musk gland in the musk deer.

Due to their musk, musk deer have become endangered

The musk deer are hunted extensively for their musk pod, which has pushed their species to the brink of extinction. Therefore, The International Union for Conservation of Nature has added musk deer to the Red List Data of the Endangered Species.

These deer have also acquired a place in the First Schedule under the Endangered and Rare Species of the Wildlife Protection Act, 1972.

Sadly, these laws are not enforced as strictly as they should be, as a result, the numbers of musk deer continue to decline steadily.

The reason behind saying so is the fact that only the male musk deer can provide musk. It is because the musk is produced from a musk gland that is situated right in front of their penis. Their female counterparts do not contain this gland. Therefore, people often associate musk with a “manly” odor.

The deer ends up losing its life because of musk

There is no way of extracting the musk gland from a male musk deer that doesn’t involve taking their life. Therefore, in order to give up the musk, the musk deer has to die.

The capability of deer musk

The Encyclopedia Brittanica declares that a single grain of deer musk can perfume millions of cubic meters of air without any weight loss, and its scent is more persistent and more penetrating than any other substance known to mankind.

Deer musk is believed to have anti-inflammatory properties

We are not sure how much truth can be credited to this popular belief, but in many regions of the world, deer musk is said to have anti-inflammatory properties. It is, therefore, believed that it could treat various kinds of swellings in humans.

Deer musk is believed to have medicinal powers as well

It is a popular belief that deer musk can cure nerve problems, convulsions, heartache, and soreness in different joints. Many people also believe that it can cure strokes and coma. However, all these claims have little evidence to back it up. They are, thus, allegations at best.

Deer musk is dangerous for pregnant or lactating women

Although the toxicity data of deer musk is not as concrete as the scientists would like it to be, it is said that it can prove to be dangerous for pregnant or lactating women. The reason behind it is that the compounds of deer musk are lipophilic in nature and tend to get accumulated in human fat and milk.

Deer musk is worth several times its own weight in gold

An average-sized musk gland is about 30 g, containing musk grains of about half that weight. According to the International Union for Conservation of Nature (IUCN), The price of 1 kg musk is about $45,000 on average in the international market. That’s pretty expensive. In fact, deer musk is by the far the most highly-valued part of a deer’s body.

Many female and baby musk deer pay the price of musk

Many hunters and poachers who work illegally to obtain deer musk have no regard for the life of a deer and use cruel means to meet their end goal.

Sometimes, to draw the male musk deer out, poachers often kill their younger ones or female deer. Studies have shown that for every single musk pod illegally secured, 3-5 musk deer are killed, including both females and baby deer.

Deer are not the only animals that produce musk

While deer musk is the most popular and most expensive animal musk in the world, there are other animal musks that you should know about.

Civet is a small mammal with certain cat-like attributes and a long, hairy tail. Native to the African and Asian subcontinent, this furry animal is also popular for eating coffee beans without digesting them.

Civets have a perineal gland from which they secrete a buttery-yellow paste. Initially, the paste can feel a little nauseating. However, once diluted in alcohol, it emits a velvety, floral scent that it is famous for.

Beaver is a large, nocturnal rodent that can live both in water and on land. These rodents are popular builders and build dams, canals, and lodges. Beavers are extensively hunted for their fur, castor sac, and often because they tamper with other usages of lands.

Beavers, both male and female, have a castor sac which is present between the base of their tail and their pelvis.

These sacs are filled with a thick paste that is used to generate a leathery musk. In order to extract their castor sacs, beavers are killed. Once removed from the animals, the castor sacs are left to dry in the sun for long periods.

Many perfumers smoke it for a quicker process. After the sac is dried and old, it looks just like a fig. It also loses most of its animal stench and gives out a mellowed, leathery smell.

Apart from its perfume, the castoreum also has health benefits. The beavers eat the willow’s bark containing salicylic acid stored in their castor sacs. The salicylic acid has properties similar to that of aspirin. Therefore, it can treat ailments, such as headaches and hysteria.

Hyraceum roughly translates to “African stone”, is the excreta of the Rock Hyrax. The Rock Hyrax, also called the rock rabbit, are terrestrial mammals native to Africa and the Middle East.

Hyraceum is named so because the excreta resemble a stone very closely. If you come across it for the first time, you can easily confuse it with a rock. However, when you broke these open, they release a dark oil with a heavy, fermented scent that smells very pleasant when diluted with alcohol.

The best part of using hyraceum is that you do not need to kill or cage the animal to obtain it. On the contrary, the more their population thrives, the more hyrceum you can collect. So far, hyraceum are hand-collected from the areas of the Rock Hyrax’s habitat.

Ambergris is a pathological growth in the stomach of some rare sperm whales. It is a wax-like substance that is jet black and paste-y.

It is still unknown why whales produce it, but many believe it to be their vomit. Scientists have a logic about it.

They believe that when a whale eats a squid or a cuttlefish, their sharp beaks scratch its digestive tract which leads to indigestion. Therefore, to protect its insides from the beaks, the whale rolls them up into a fatty ball and discharges it.

However, as the ambergris ages, it dries and gets oxidized, and turns into a somewhat hard, grey-silverish substance that emits a unique musk. Since not all whales produce ambergris, it is extravagantly priced in the international markets.

Summing it up: Deer Musk

The extraction of deer musk for commercial purposes has led to a serious drop in the population of all seven species of musk deer. Therefore, since 1972, the Convention of the International Trade in Endangered Species of Wild Flora and Fauna (CITES) is protecting the musk deer as an endangered species. As of today, CITES controls the trade quantity of deer musk firmly.