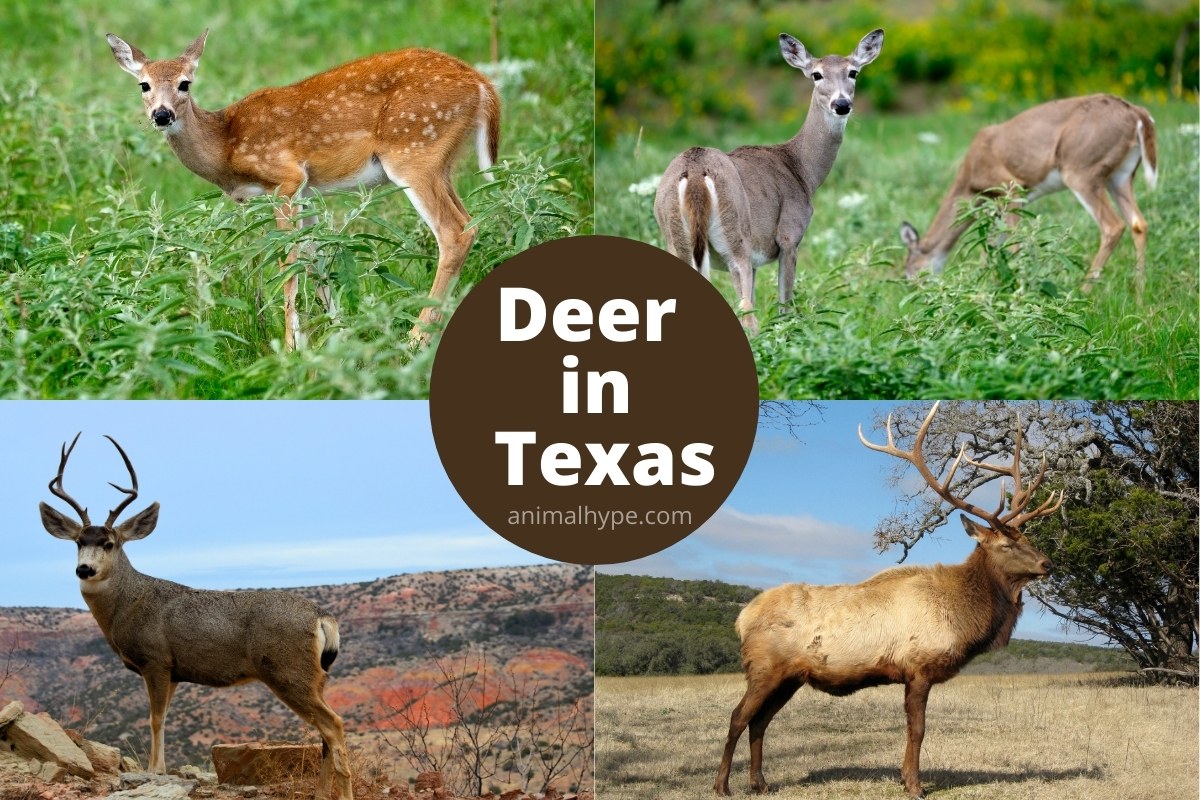 Also known as “The Lone Star State” to commemorate its independence struggle from Mexico, Texas is famous for its varying geography. You can find forests, swamps, mountains, deserts, plateaus, and grasslands in different regions of the state. Due to its topographical diversity, Texas provides a home to a large population of mammals belonging to various species.

Today, we are going to talk about the 5 different types of deer you can find in Texas. 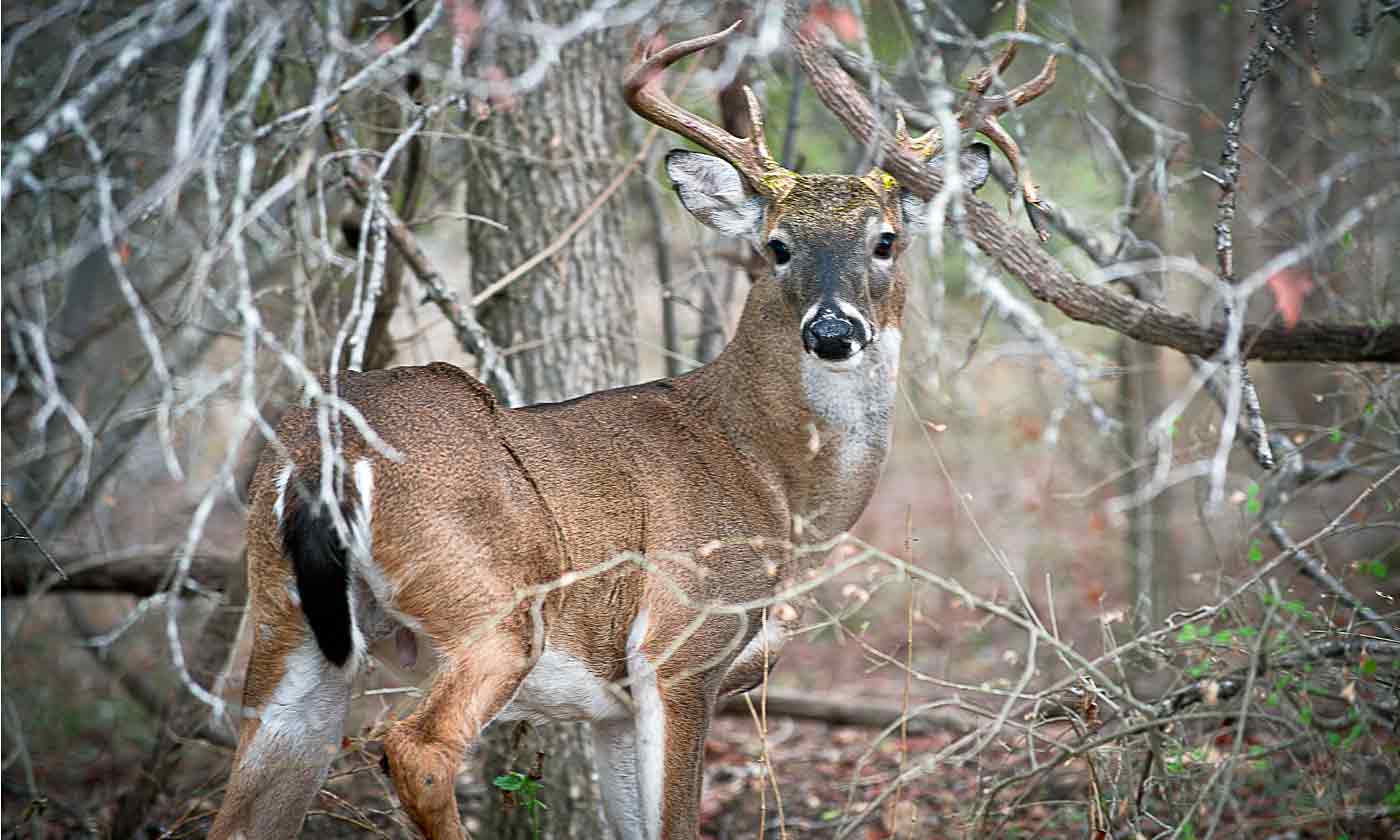 Often known as the “Virginia Deer” or simply “White-tail,” the White-tailed Deer are medium-sized deer belonging to the subfamily of the New World Deer.

Description: The coat of the White-tailed Deer is reddish-brown in color during the spring and summer seasons. However, it turns greyish-brown in the fall as well as winter.

You can determine the age of the deer by the color of their coat as well as the length of their snout. The snout of the older deer is longer in length, and their coats are greyer in color.

Only the male White-tailed Deer have antlers, with about one out of 10,000 females possessing it. The females that possess antlers are usually infertile, having non-functioning ovaries.

Bucks regrow their antlers on an annual basis. Not all the bucks have branched antlers; those that have antlers without branching are known as “Spikehorn” or “Spike bucks.” The bucks are heavier than does.

Habitat and range: While the White-tailed Deer are endemic to North, South, and Central Americas, they have also been introduced in the Greater Antilles, the Caribbean, New Zealand, as well as in the European countries such as Romania, Serbia, Germany, France, Finland, and the Czech Republic.

Feeding habits: The White-tailed Deer have a large appetite and mainly feed on all kinds of legumes. You can commonly find them foraging on shoots, leaves, cacti, grasses, and prairie forbs. Apart from these, the White-tailed Deer also eat acorn, a variety of fruits, and corn.

Additional information: There are 17 recognized subspecies of the White-tailed Deer in North America, out of which 4 species are found in Texas, namely, Avery Island White-tail, Carmen Mountains White-tail, Kansas White-tail, and Texas White-tail.

Some of the White-tailed Deer’s common predators are cougars, jaguars, wolves, and American alligators. Known for their speed, these Deer often outrun their predators. Canada Lynx, American Black Bears, Grizzly Bears, Coyotes, and Bobcats feed only on fawns. 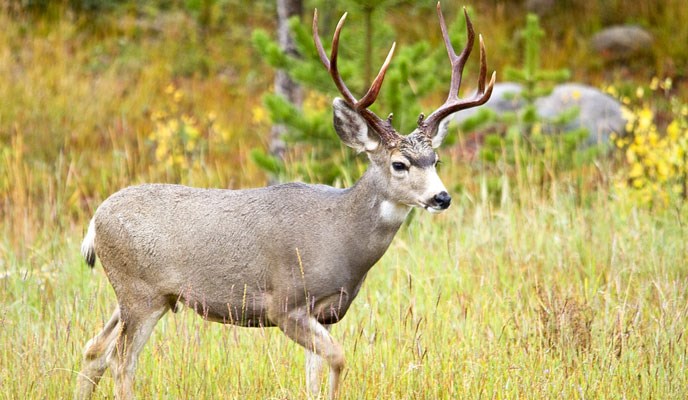 Endemic to the Western regions of North America, the Mule Deer are members of the New World Deer family. These deer have been named after their ears, that are similar to those of the mules.

Description: Out of the two members of the Odocoileus genus, the Mule Deer are larger in size. They have a black-tipped tail and bifurcated antlers. Although these deer are capable runners, you can often find them stotting.

Additional information: There are 8 recognized subspecies of Mule Deer found in North America, out of which 2 subspecies inhabit Texas, namely, the Rocky Mountain Mule Deer and the Desert/Burro Mule Deer. 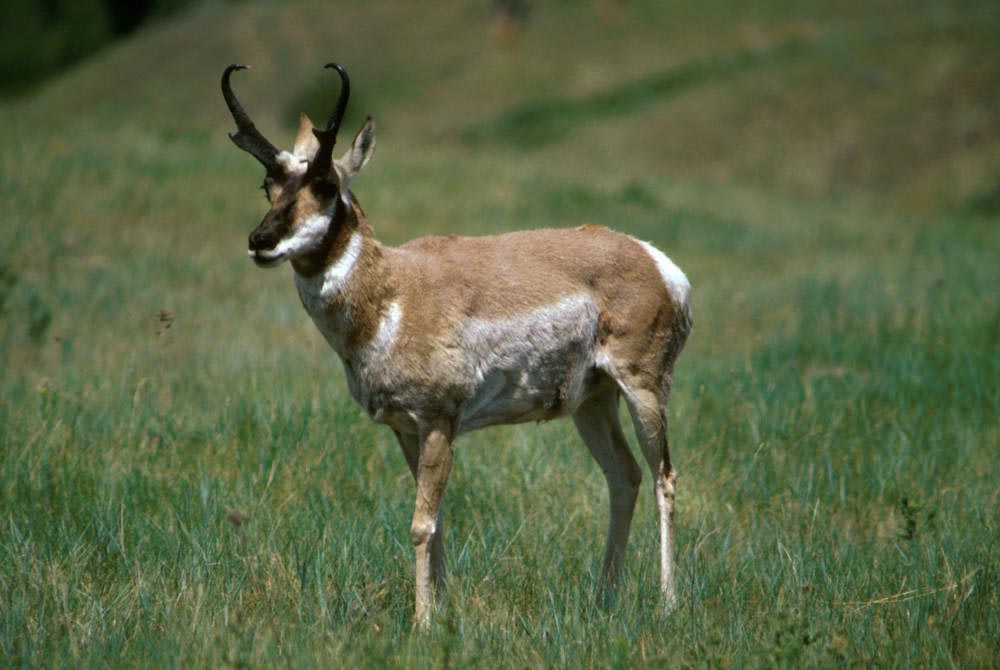 Endemic to the interior western and central parts of North America, the Pronghorns are mammals belonging to the order of the even-toed ungulates.

Although Pronghorns are very different from the antelopes, they might appear similar to someone at first glance. Because of it, they are colloquially known as “Praire antelope,” “Prong buck,” “American antelope,” etc.

Description: Although the Pronghorns are mostly brown-coated, they have white fur across their throat, on their sides, breasts, bellies, and rump. Their horns are made of slender, blade-like bones that are laterally flattened. The skin that grows at the edge of their horns develops into a sheath made of keratin, which they shed and grow back every year.

Being remarkably fast runners, these mammals are the fastest in North America and often evade their predators by outrunning them. However, they are not great jumpers like most of the other deer species.

Habitat and range: The Pronghorns are only found in North America. Inhabiting brushes, open fields, grasslands, deserts, and basins, these mammals dwell between southern Canada to northern Mexico. You can find them in Wyoming, Montana, Utah, Texas, Colorado, Arizona, New Mexico, and north-eastern California in the United States.

Additional information: The Pronghorns are mostly preyed upon by bears, coyotes, bobcats, jaguars, cougars, and wolves. Even bald eagles, as well as some of the other scavengers, are known to prey on the fawns of these mammals. 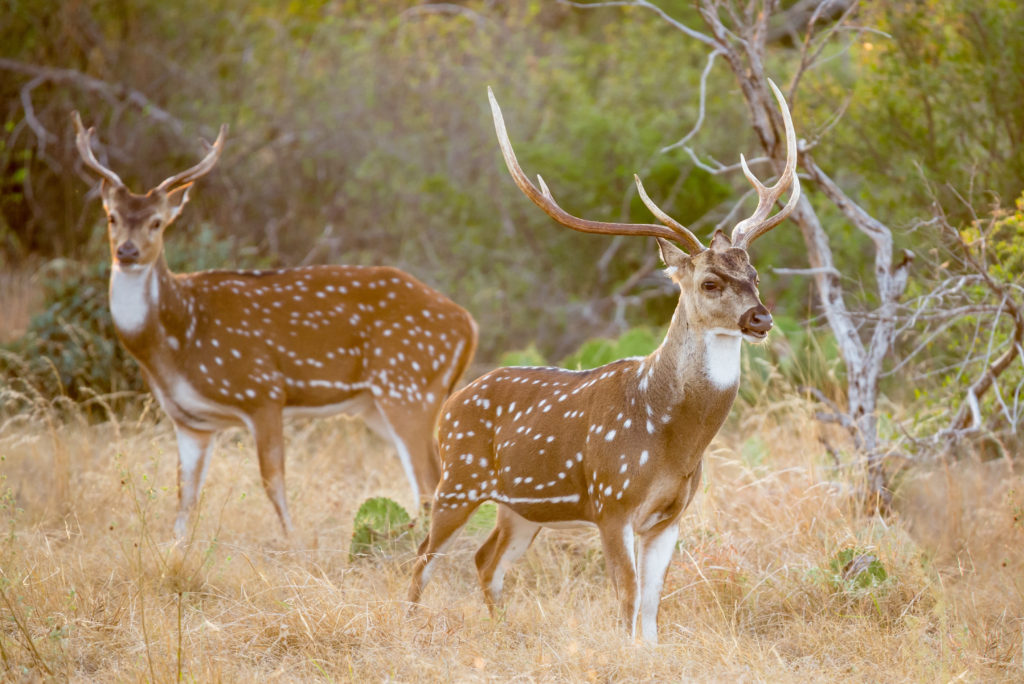 Although the Axis Deer are known by multiple names, such as “Spotted deer” or “Chital deer,” they mostly go by the name of “Chital.” The term “Chital” comes from the Sanskrit word “chitrala,” which roughly translates to “spotted.”

Description: The Axis Deer are sexually dimorphic, wherein the males are larger as well as heavier than their female counterparts.

Only the males possess the antlers. The dorsal side of their body is rufous in color and has white spots scattered on it. Whereas their abdomen, throat, tail, rump, ears, and insides of legs are white.

Although both sexes have preorbital glands, the ones that the males possess are larger.

Although these deer are endemic to the Indian subcontinent, their species have been living in Texas since the early 1930s when they were introduced to the state’s southern regions as a game species.

Before Texas, these deer were brought to Hawaii in the 1860s as a present from the King of Hong Kong to the island of Molokai.

Feeding habits: The Axis Deer are both grazers as well as browsers. Although they prefer to feed on young shoots, they are pretty flexible and eat tall and coarse grasses in their absence. When most of the grasses dry up during the winter, they feed on forbs, fruits, shrubs, herbs, foliage, etc.

Additional information: The species of the Axis Deer was first discovered in 1777 by Johann Christian Polycarp Erxleben, a German naturalist. These deer are not very fond of sunlight and, thus, like to remain in dense forests that provide a thick covering. The Elks, also known as “Wapiti,” are the largest members of the deer family, and are counted among the largest terrestrial mammals found in North America and north-east Asia.

These mammals are often confused with the North American Moose, also known as “Elk” in British English. However, the Moose are even larger in size than the Elks, which helps differentiate between the two.

Description: The Elks have a reddish hue on their coat, several large, buff-colored rump patches, and a small tail. The bulls are much taller as well as heavier than the cows.

Between the sexes, only the bulls (male elks) have antlers. These antlers start growing in the spring and are shed in the winters, growing actively during the summers. The antlers are made of a bone that has the capacity to grow about 2.5 centimeters every day.

During summers, their antlers are covered with a soft layer of skin known as velvet, which protects them until they are fully developed.

The Elks’ coat grows thicker in the fall to provide insulation and keep them warm during the winter. They shed their winter coat by the early summer.

Habitat and range: The Elks are highly adaptable mammals, which is why they are widespread in the world, including central Asia, southern Siberia, the gulf coast of the United States, Altai and Sayan Mountains of Mongolia, China’s Xianjing Province.

Feeding habits: Unlike most members of the deer family that are browsers, the Elks are primarily grazers, like the cattle animals. They can browse as well but are more dependent on grazing.

These mammals prefer to eat during the morning and evening, spending the rest of their days digesting the food in a sheltered location.

The Elks can eat up to 9 kilograms of vegetation in a single day. Aspen sprouts are among their favorite food.

Additional information: 6 recognized species of Elks are found in North America, out of which two species have gone extinct. All the remaining four, namely, Roosevelt’s Elk, Manitoban Elk, Tule Elk, and Rocky Mountain Elk, can be found in the state.

The wild animals that prey on the Elks are mainly cougars and coyotes, although black and brown bears are their predators.

Conclusion: Types of Deer in Texas

Deer are highly social mammals; you will never find them without their herd. These diurnal beings spend their days foraging in large groups.

All the deer species found in Texas are members of the Cervidae family (consisting of Elks, Tufted Deer, and Muntjacs), except the Pronghorns.

All these deer species have distinguished appearance, habitat preference, and other traits that set them apart from the others.