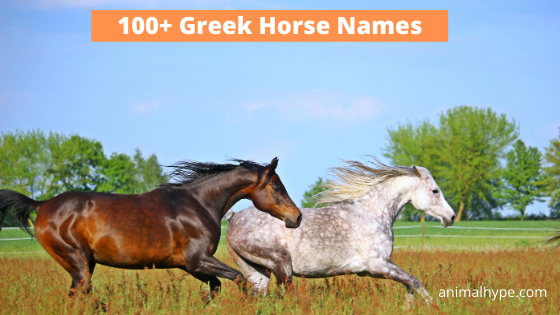 It doesn’t matter whether you are from the wonderful country of Greece or not. We all know our Greek myths and legends. The charm that Greek culture has is quite unparalleled. Greek names have long been a favorite choice for pet owners for their exotic and mysterious charm!

Some Greek names may sound strange when you first hear them. However, it also makes people curious about what they mean. Usually, Greek names inspired by myths have a story of their own. If you are the kind of person who likes to steer away from the obvious, we have the perfect list for you.

Horses are one of the most magnificent beasts ever. They deserve an epic name. If you own a gorgeous mare or stallion of your own and wondering what to call it, here’s some food for thought.

Choose from our long list of rare and exotic Greek horse names and pick your favorite! 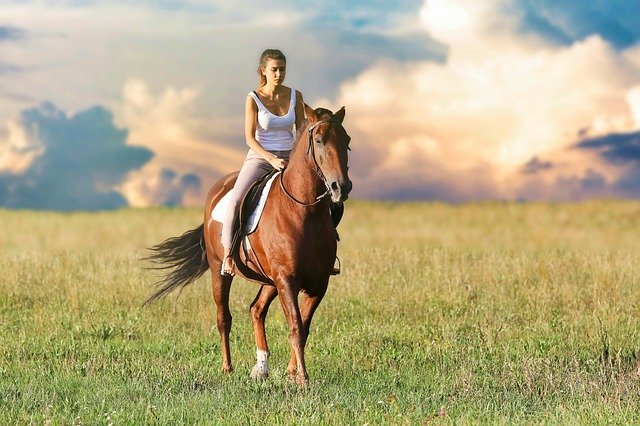 Adonis — The Greek God of beauty. Adonis stands for male beauty, fertility, and renewal. He was Aphrodite’s mortal love interest. It’s the perfect name for a handsome stallion!

Apollonios — The name Apollonios comes from the Greek God Apollo. It means “Destroyer”.

Helios — In ancient Greek mythology, Helios is the God of the Sun. He is usually depicted as one who travels on a chariot across the sky driven by four horses.

Nike — Nike is the goddess of victory in ancient Greek mythology.

Olympia — The name Olympia comes from Mount Olympus. In Greek mythology, this was the Mountain of the Gods.

Xanthia — A Greek name which stands for the color “yellow”.

Zephyr — Zephyr is a name of Greek origin, which means “the west wind”. Isn’t that the perfect name for a horse that is swift as the wind!

Amaltheia — The Greek name Amaltheia means to nurture or soothe.

Arcadia — It’s the name of a place in Greek mythology where exotic creatures like nymphs, dryads, and spirits resided. Arcadia symbolizes Paradise.

Cynthia — It’s another name for the moon goddess. The name Cynthia comes from the Greek word Kynthos. The moon goddess Artemis lived on the Mount of Kynthos. Hence, she was also called Cynthia.

Maya — It means “mother” in Greek. The word Maya also has multiple meanings in other languages. In Sanskrit, it means magic or illusion. In Hebrew, it means water.

Myra — Some say it has its origins in the Greek word myrrh and means “a sweet fragrance”. Myra has also been interpreted as another word for “fate”.

Asta — The Greek name Asta means “star”. It’s a lovely nickname for the star stallion of your stables!

Alexis — It means “Defender” in Greek.

Hermione — The name Hermione is derived from Hermes, who was the messenger to all the Greek gods. Plus, we all remember Hermione, the wizard from Harry Potter! 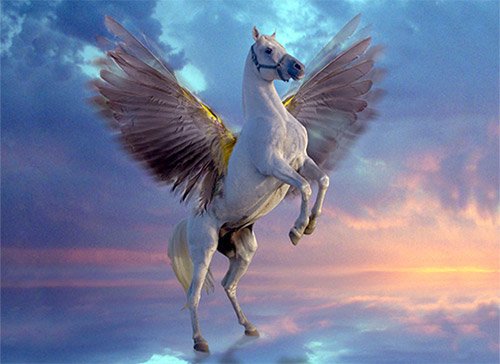 Pegasus — The majestic white horse with wings from Greek mythology.

Centaurus — Centaurs are half-man and half-horse creatures from Greek mythology.

Balius — One of the immortal horses who drove the chariot of the Greek hero Achilles. Balius means “dappled” in Greek.

Xanthus — One of the two horses of Achilles. Xanthus means “blonde” in Greek.

Arion — An immortal horse from Greek mythology who is known for being extremely swift and capable of speech.

Podagros — One of the four mares of Diomedes besides Lampon, Xanthos and Deinos. Podagros means “the swift”.

Xanthos — Xanthos means “the yellow one”.

Aethon — Aethon, Eous, Phlegon, and Pyrois were the four horses that pulled the chariot of the sun god Apollo. Aethon means “burning or blazing”.

Phlegon — It means “burning” in Greek.

Pyrois — It means “the fiery one”.

Alastor — Alastor was a black horse which belonged to Hades, the Greek God of the underworld. 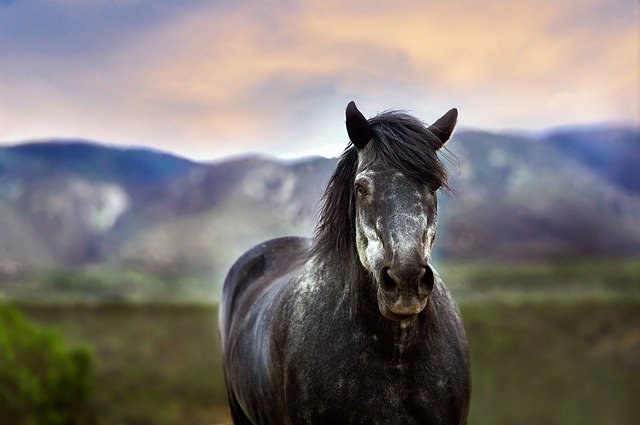 Achilles — The hero of the great Trojan war in Greek mythology. Achilles was famous for his bravery and beauty. He had only one weak spot—his heel. This is how the phrase “Achilles heel” came about!

Hector — A Trojan warrior and a great fighter in Greek mythology.

Titan — According to Greek mythology, the Titans were the pre-Olympian gods. There were 12 Titans who were the children of Uranus and Gaea (Heaven and Earth).

Olympus — Mount Olympus was the abode of the Olympian gods in Greek mythology.

Constantine — It means “constant” in Greek. Constantine the Great was a former King of Greece.

Eros — The God of love in Greek mythology.

Atlas — A Titan who supported the weight of the heavens and the earth on his shoulders.

Poseidon — The Greek God of sea, storms, earthquakes, and horses.

Dionysus — The ancient Greek God of wine, fertility, and madness.

Sphinx — A creature with a human head and a lion’s body, symbolizing strength and wisdom.

Adrian — It means “rich” in Greek. 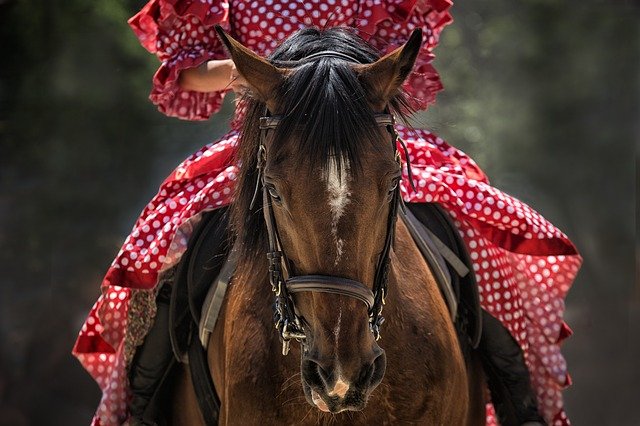 Helen — According to Greek legend, Helen of Troy was the most beautiful woman ever. It is believed that she was the cause that led to the famous Trojan War.

Calliope — A lovely Greek name, which means someone with a “beautiful voice”.

Kassandra — A captivating feminine name, which means “she who entangles men”.

Daphne — A nymph from Greek mythology. Daphne translates to “laurel” in Greek.

Harmonia — In Greek mythology, Harmonia is the daughter of the gods Ares and Aphrodite. As her name suggests, she is the Greek goddess of harmony.

Phoebe — A Titan associated with the moon, Phoebe means “bright” in Greek.

Chrysanthe — It comes from the Greek word Chrysanthos which means “golden flower”.

Leda — In Greek mythology, Leda was seduced by the God Zeus who took the form of a swan.

Atalanta — A maiden from Greek mythology who was very swift on her feet.

Callisto — A nymph from Greek mythology, Callisto means “most beautiful”.

Alexandra — It means “to defend” in Greek.

Alexa — A short and chic version of Alexandra.

Greek Horse Names With Their Meanings

Orpheus — The darkness of the night.

Dione — The divine one.

Eliana — Daughter of the sun.

Bucephalus — It literally means “ox-head”. Bucephalus was Alexander the Great’s horse and served as his companion in many battles.

Ajax — In Greek mythology, Ajax fought in the Trojan War and became known for his valor and courage.

Alexander — Alexander the Great was the King of Macedon and a great conqueror. In fact, he established one of the largest empires ever in the world, from Egypt to parts of India.

Hercules — A heroic figure most famous for his strength.

Maximus — It means “the greatest” in Greek.

Odysseus — A legendary hero in Greek mythology who fought in the Trojan War.

Xander — A rare name which means “Defender of the people” in Greek.

Agamemnon — He was a great warrior who led the Greeks in the Trojan War. The name Agamemnon means “very resolute”.

Zeus — The King of all the Olympian gods in Greek mythology.

Hera — The Queen of the Olympian gods and wife of Zeus.

Medusa — A mythical creature who had venomous snakes rising out of her head instead of hair. Medusa means “Guardian” in Greek.

Phoenix — A mythic bird which rises from its ashes on dying.

Ares — The Greek God of war.

Andrea — That’s derived from the Greek word Andreios which means “manly and brave”.

Anastasia — It means “Resurrection” in Greek.

Artemis — The Greek goddess of wilderness and hunting.

Apollo — One of the most powerful of the Greek gods, Apollo is the God of the sun, archery, music and arts, prophecy, and knowledge.

Arete — It means “excellence” in Greek. Arete is also a Greek philosophical term which stands for moral virtue and striving towards excellence as the purpose of one’s life.

Aphrodite — The most enchanting Greek goddess of love, beauty, and pleasure.

Athena — The ancient Greek goddess of wisdom and warfare.

Gaea — The mother of the Titans in Greek mythology, Gaea symbolized the Earth.

Hephaestus — The Greek God of fire and metallurgy.

Antigone — The daughter of Oedipus, the King of Thebes in Greek mythology.

Calypso — A nymph from Greek mythology who lived on the mythical island of Ogygia.

Clytemnestra — The wife of Agamemnon who commanded the Greek forces in the Trojan War.

Zale — A Greek name which means “strength of the sea”.

Erebus — One of the primordial gods who symbolized darkness.

Eurydice — In mythology, Eurydice was the wife of Orpheus. Orpheus was a musician who tried to bring her back from the dead by the power of his music. Eurydice means “wide justice” in Greek.

Ursula — You might have heard of the constellations Ursula Major and Ursula Minor. The name Ursula means “little bear” in the Greek tongue.

Yolanda — A name of Greek origin which means “violet”.

Atticus — It refers to someone who is “from Attica”. In ancient times, Attica is where Athens was located.

Demeter — In Greek mythology, Demeter was the goddess of the earth and agriculture.