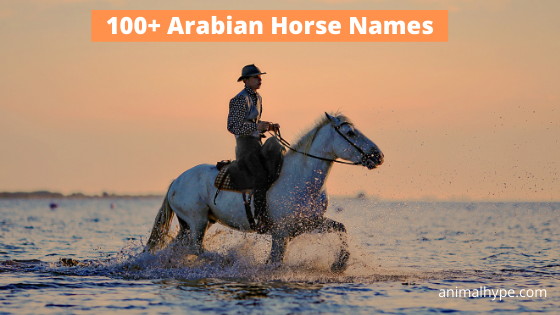 Arabian horses are known for their beauty, build, and strength. These horses originated in the deserts of Arabia, where they were kept by the Bedouin people. Arabian horses are very intelligent creatures. In fact, the Bedouin nomads prized them for their good nature, quick learning abilities, and the capacity to form bonds with humans.

Arabian horses are one of the oldest horse breeds in the world. Today they are found in almost every part of the world. They come in a variety of colors like grey, white, chestnut, black, roan, or sabino.

It has become somewhat of a tradition to bestow an Arabic name on an Arabian horse. Have you just bought a gorgeous Arabian horse of your own? Picking the perfect nickname for such a unique breed of horse may be quite puzzling. But don’t worry! We have you covered. 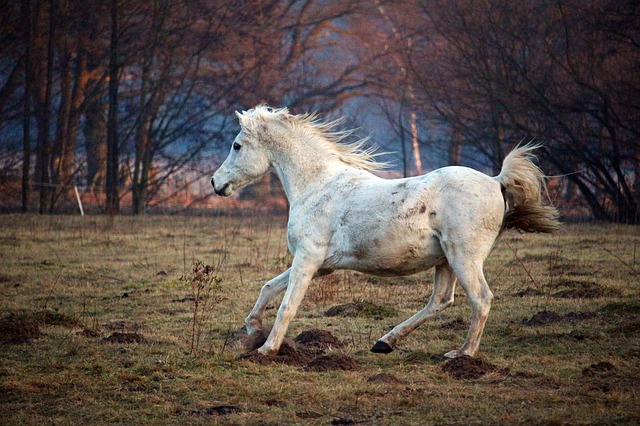 Noor — That’s a popular Arabic name, which means “The Divine Light”. It is a unisex name that can go well with an Arabian stallion as well as a mare.

Sahara — One of the largest deserts in the world located in Africa. The name Sahara means “desert” in Arabic.

Azizah — In Arabic, the word Azizah means “precious”. The perfect name for your most cherished pet!

Alima — That’s a name that perfectly suits an Arabian horse. In Arabic, Alima is one who is learned and wise. Arabian horses are known to be very wise animals. They are quick learners with a natural ability to form bonds with humans.

Ziyadah — It means abundance or growth in Arabic.

Leila — A lovely name for a dark horse. In the Arabic language, Leila means “daughter of the night”.

Malik — A great name for a gorgeous Arabian stallion. In Arabic, the word Malik means “King”.

Malika — That’s the Arabic word for “Queen”. It’s the perfect name for your royal Arabian mare.

Dani — A short and sweet name for your pet horse, Dani means “God is my judge” in Arabic.

Shahnaz — The word Shahnaz has an Arabic origin. The word Shah means “King” and Naz translates to “Pride”. Therefore, Shahnaz means “Pride of a King”. Sounds perfect for your royal Arabian steed!

Johara — The word Johara means “jewel” in Arabic. It’s a great nickname for your very own Arabian jewel! 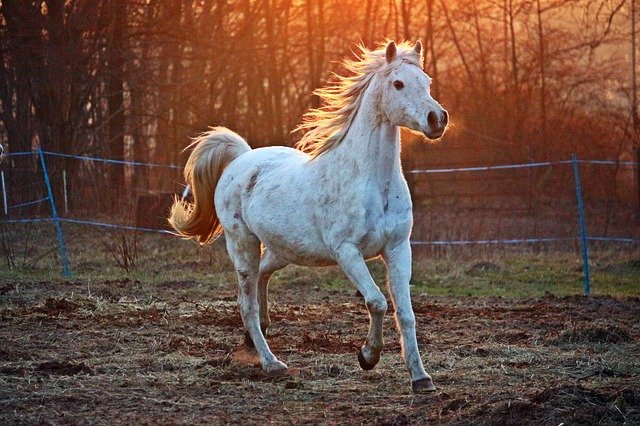 Ziyad — It means abundance in Arabic.

Saud — It’s a name of Arabic origin which means “fortune” or “felicity”.

Malak — In Arabic, the word Malek means an “angel”.

Reem — The Arabic word Reem stands for a beautiful gazelle.

Dahab — It means “gold” in Arabic.

Iman — The word Iman stands for faith or belief in Arabic. 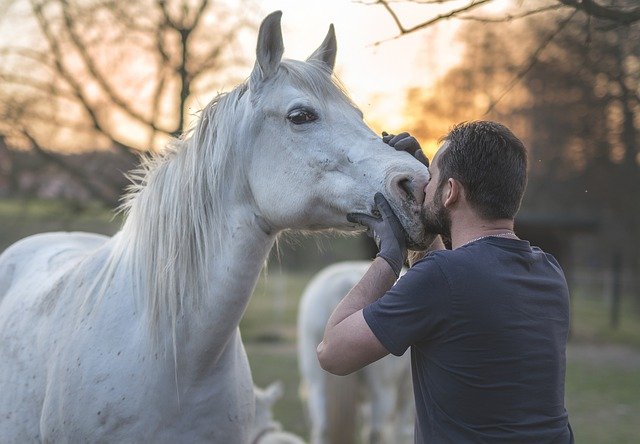 Tara — In Persian, the word Tara means a “star”.

Mehek — A lovely feminine name, which means “a sweet fragrance” in the Arabic tongue.

Zara — It is an Arabic name, which means “flower”.

Sarah — Sarah is the Biblical version of Zara, which means “princess”.

Zakiyyah — It means “pure” in Arabic.

Janan — A popular name for a beloved one. Janan means “heart” or “soul” in Arabic.

Falak — A name of Arabic origin, which means “star”.

Amirah — The Arabic name Amirah means “princess”. It has many variations like Amira, Ameera, or Meera.

Samira — It means “a great companion” in Arabic.

Marengo — He’s one of the most famous horses in history. Marengo was a grey Arabian war horse owned by Napoleon Bonaparte of France. He was imported from Egypt to France and served Napoleon in many wars.

Safanad — There’s an old story which says that Solomon the King was given a pure Arabian horse by the Queen of Sheba. This horse was known by the name of Safanad, which means “the pure”.

Zad-el-Rakib — There’s a tale which tells that when the Banu Azd people came to pay tribute to the king Solomon, he rewarded them with a stallion. This horse was known as Zad-el-Rakib or Zad-el-Raheb, which means “Gift to the Rider”.

Blueskin — The famous grey horse which belonged to George Washington. He was a half-Arabian horse, also known as Lindsay’s Arabian. Some say that the horse was obtained from the Sultan of Morocco.

Jadaan — An Arabian horse that appeared in the film Son of the Sheik.

The Black — The Arabian horse from the adventure movie The Black Stallion. It was adapted from a children’s book of the same name by Walter Farley.

Cass Ole — The Arabian horse who played the role of The Black in the film The Black Stallion.

Thunder — If you are a Denver Broncos fan, chances are you’ve heard of him. Thunder is the mascot for Denver Broncos, the American football team from Denver. He is a grey Arabian gelding.

Flicka — Do you remember the 1950s television show My Friend Flicka? The horse who starred in the show was a pure breed Arabian chestnut. Her real name was Wahana.

Hector — Hector or Old Hector was one of the earliest Arabian horses to be imported to Australia.

Aladdin — The famous character from a Middle-Eastern folktale. We have all heard the story of Aladdin and his Magic Lamp.

Warrior — Arabian horses are known for their speed, strength, and endurance. It is because of these qualities that they were once used as war horses. Hence, the perfect name for your Arabian stallion!

Sand Storm — A fitting name for the desert horse.

Lightning — That’s also the name of Pecos Bill’s legendary horse. He is more famous by the name of Widow Maker since no man could ride him and live to see another day.

Nina — A short and sweet name for an Arabian mare.

Lady Kate — This one ranks high among the popular choices of names for horse names.

Midnight’s Pride — Seems like a fitting name for a dark horse.

Desert Rose — What’s a better name for an Arabian beauty?

Bucephalus — One of the most famous horses in history. Bucephalus was the horse of Alexander the Great. He was a beautiful black horse who was known to be a difficult animal. However, only Alexander was able to tame him. Henceforth, Alexander rode Bucephalus into every battle, and the two were inseparable.

Incitatus — The favorite horse of Roman Emperor Caligula. The name Incitatus means “fast-moving”. There are many funny legends about this horse. According to historians, the emperor planned to make him a consul, a Roman political official. He lived in luxury and had a stable made out of marble. The horse was even fed oats mixed with gold flakes!

Pegasus—The beautiful white horse with wings from Greek mythology. Pegasus was sired by Poseidon and features in many paintings, stories, and films.

Podagros, Lampon, Xanthos, and Deimos—The four man-eating mares owned by Diomedes in Greek mythology. They were wild, untameable, and beautiful horses. Alexander’s horse Bucephalus is said to have descended from one of these mares.

Chiron — A centaur from Greek mythology. Among all his fellow-creatures, Chiron was known to be “the wisest and justest of all the centaurs”.

Balios and Xanthos — In Greek mythology, they were two immortal horses who pulled the chariot of Achilles in the Trojan War.