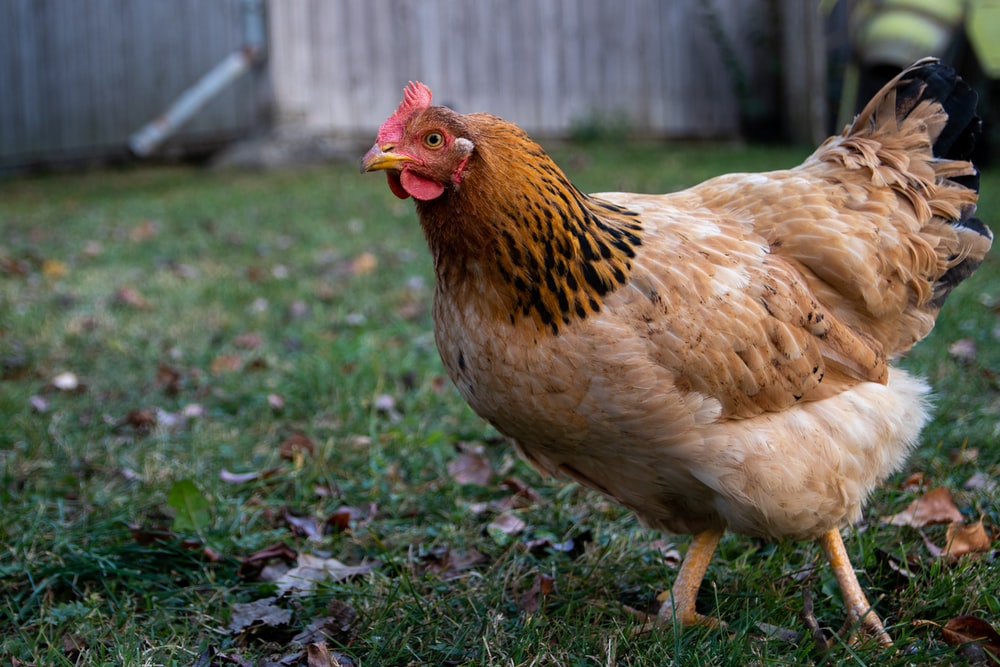 Chickens make for great pets. Even celebrities like Jennifer Garner are keeping chickens as pets. If you’re planning on keeping one as a pet, here are some cute and funny chicken names that you should consider using.

You should consider giving your pet chicken a funny name. It’s an eggcellent way to lighten up the mood whenever you say their name.

You can also use it as a chance to share a laugh with a friend. If you’re looking for a chance to chuckle, here are some funny chicken names that you should definitely consider using.

Princess Lay-a: Princess Leia is one of the three main characters from the original Star Wars trilogy. She’s known for her bravery and intelligence. In episode IV, she took control of her own rescue because her rescuers weren’t well-equipped to handle the situation. If you’ve got a brave or intelligent chicken, you could consider giving them this funny name.

Amelia Egghart: This a play at the name of the first female aviator, Amelia Earhart. Earhart was an aviation pioneer, and she was the first woman to fly an airplane alone across the Atlantic Ocean. Amelia Egghart is a funny name that pays respect to the brilliance of this aviator.

Here are some more funny chicken names you can consider using for your chicken.

Here’s a comprehensive list of good chicken names you should consider using. You can’t go wrong with naming your chicken any of these.

Here are some unique chicken names you should consider using.

Chick-alas Cage: This name is a play on the name of the famous Hollywood actor Nicholas Cage. The actor has starred in films for decades. He has also performed in a variety of roles.

are fluffy-looking creatures that have thick feathers all over their bodies. A lot of them are white in color. Because of this, they look like walking snowballs. So, you should definitely consider naming a white-colored Silkie chicken Snowball.

Poopster: This name is derived from the words poop and rooster. So, Poopster is a dirty chicken name you can use.

, over the 40+ years it has existed, has become a pop culture icon. It’s characters, and some of their dialogues, have been referenced in various other forms of popular media. Not long ago, the sound of Darth Vader’s (the iconic Sith Lord, and antagonist in the series) breathing was voted as the most iconic sound in film history by a Rotten Tomatoes poll.

So, if you’re a fan of the series, you must consider naming your chicken after the legendary characters from Star Wars. Here are some chicken names that are based on Star Wars lore.

Hen Solo: Han Solo is one of the main characters from the original Star Wars trilogy, i.e., episodes 4 to 6. When the character was first shown in Star Wars: Episode IV – A New Hope in 1977, fans were impressed by this character. For a lot of people, he was their favorite over the others from the film. If you’re a fan of Han, you can name your chicken Hen Solo. It’s a funny play on the iconic character’s name.

Kylo Hen: Kylo Ren is the antagonist from the latest trilogy. He first appeared in Star Wars: Episode VII – The Force Awakens. Kylo Ren is the grandson of Darth Vader and the son of Leia Skywalker and Han Solo. Kylo Hen, on the other hand, is a play on the character’s name. Kylo Hen is also a suitable name for a chicken who’s frequently angry.

Jennifer Garner is an American actress who has a number of chickens as pets. She has been seen walking her pet chickens on a leash on the street. Here are some cute and funny chicken names she used.

Regina George: this name was inspired by the character, Regina George, from the film Mean Girls. The character was played by Rachel McAdams. The chicken Regina apparently doesn’t like carbs.

Here are some other names that Jennifer Garner used:

Wild Chicken Chase: Wild Chicken chase is a term that describes a pursuit that will clearly result in a predetermined unsatisfactory result. It can be wordy to say this name out loud all the time. So, in that case, you could call your chicken Chase for short. 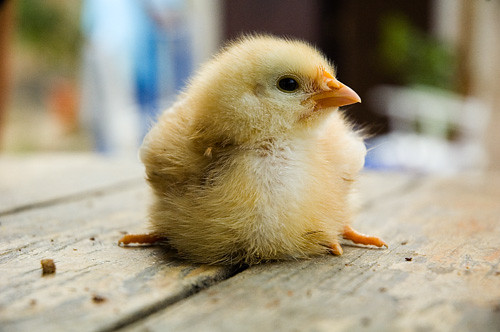 Chicken’s are generally pretty adorable creatures, especially when they’re small chicks. So, it only seems apt to give a chicken an adorable name. Here are some adorable chicken names you can consider using.

Nugget: It’ll be hard to find a non-vegetarian person who doesn’t like chicken nuggets. They’re a tasty treat. Also, the word nugget is generally used to describe something small. So, it seems apt to give your chicken this adorable name.

A red chicken is a specific type of breed that has reddish-brown feathers and a red comb. Here’s a red chicken name you can use.

Sam and Ella: If you’ve got twin chickens, you can consider naming them Sam and Ella. The name is a play on the disease salmonella. For those of you who don’t know, salmonella is a disease caused by eating raw chicken. It can be a deadly disease, so you must always make sure your chicken is thoroughly cooked.

It’s not uncommon for people to keep chickens as pets

If you have a chicken as a pet, you should give it a good name. This way, you can have a closer bond with your pet.

If you’re not sure what name you should give to your pet chicken, don’t worry. Here are some pet chicken names you can consider for your pet.

Rex: Paleontologists have argued that dinosaurs, as a species, were more like birds than reptiles. So, why not name your chicken after one of the most popular dinosaurs, Tyrannosaurus Rex. In addition to that, Rex is also a common name for pets.

Muffin: Muffin is a type of dessert. It’s a cute name that you can give to your pet chicken. The name is even better for a chick. 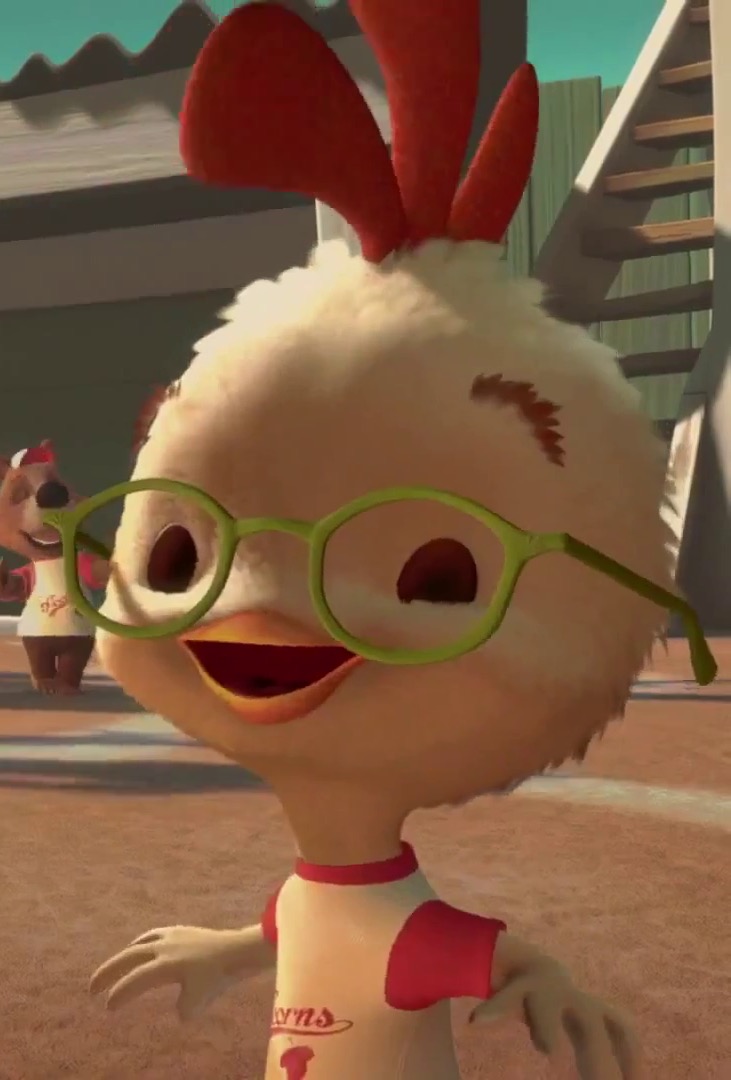 Ace Chicken Little Cluck: This is the name of the protagonist from the animated Disney film, Chicken Little, which was released in 2005. Chicken Little (Ace) is a fairly intelligent and small chicken, who worries a lot about almost everything.

He cares about his friends and tries his best to support them as much as he can. If you’re naming a smart and caring chicken, you should consider the name Ace Chicken Little Cluck.

It’s difficult to name a famous chicken in history, so here’s the name of a famous animated character who’s a chicken.

Foghorn Leghorn: Foghorn Leghorn is a popular character from the animated TV series and film series Looney Tunes. The character has been in 29 cartoons during the 40s and 60s of the last century.

Here’s a hilarious chicken name you should consider using.

Eggspresso: People usually keep chickens at poultry farms for their eggs and their meat. So, you can consider giving your chicken this hilarious name. The name is derived from the words espresso and eggs.

If you’re keeping a chicken as a pet, you should give it a good name. This way, you can create a closer bond with the adorable creature.

And if you’re looking for cute and funny chicken names, you’ve come to the right place.

Just go through the list mentioned above and choose the best one for your pet.

How Many Eggs Can a Duck or Chicken Lay in One Year?