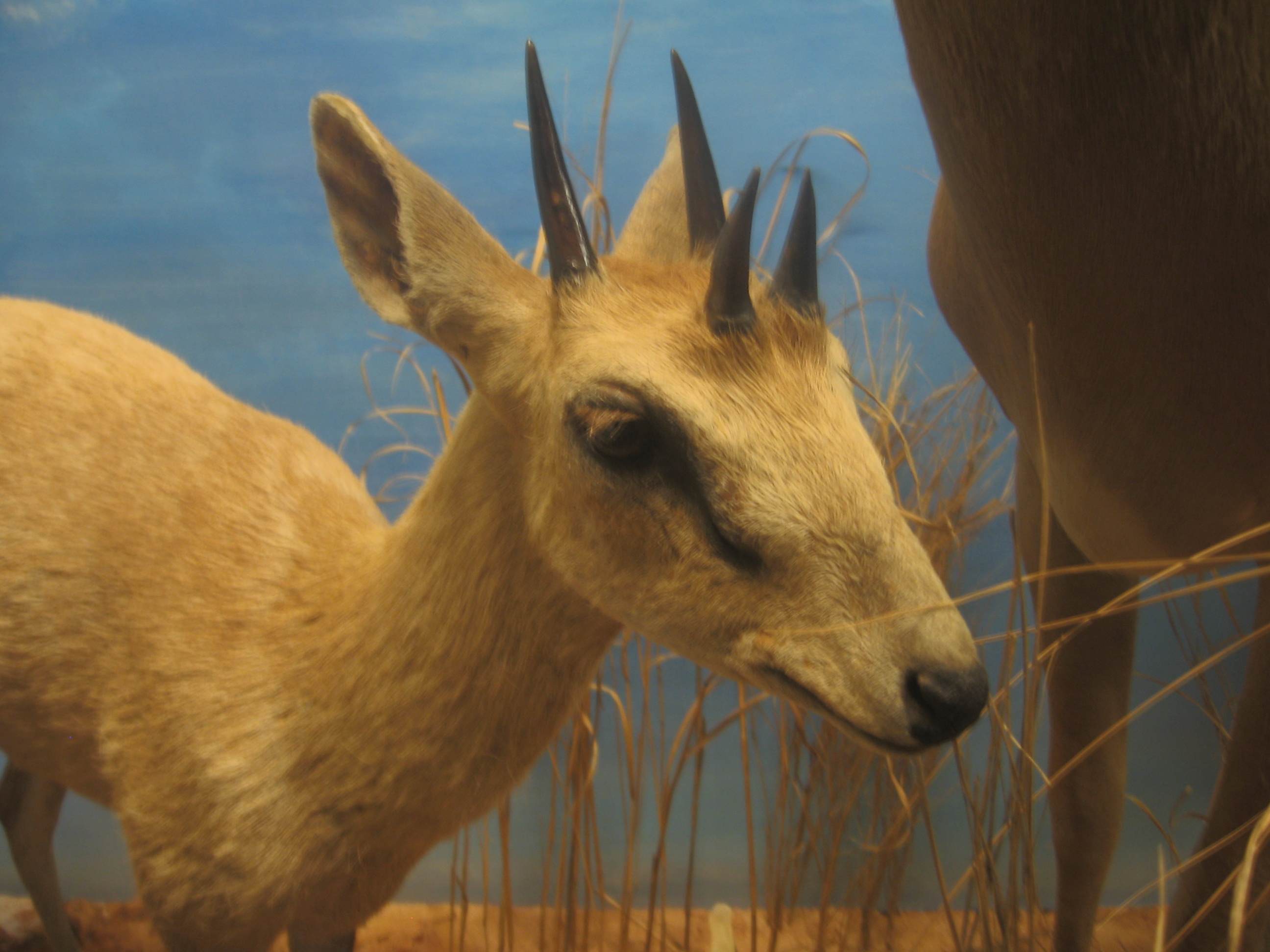 The only wild mammal in the world with four horns occurs in parts of India and Burma. This is the four-horned antelope, a relative that weighs about 40 pounds.

Only the males have and, in some cases, even they have only two horns or none. The rear pair, which may be four to five inches in length is the longer one and grows in essentially the same position as the horns of other mammals. The front pair are just above the eyes and may attain a length of two and a half inch.

Several kinds of domestic sheep have been selectively bred and now have various numbers of horns.  Perhaps the most interesting are the unicorn or one-horned sheep and the four-horned varieties. The unicorn sheep is found principally in Nepal, India, and it is one horn is really two, fused together for more than half the length.

In many specimens of this breed, the horns separate toward the end and curve independently, occasionally even sweeping down toward the neck. There has been considerable discussion about whether this peculiar horn condition is inherited or whether each sheep is given special treatment while young to induce the horns to develop abnormally.

So far as I know this question has not been settled. The four-horned sheep are equally spectacular. In some varieties, one pair of horns grow upward and outward more or less normally, while the second pair, behind the first, grows outward and downward, with the points directed toward the sheep’s nose.