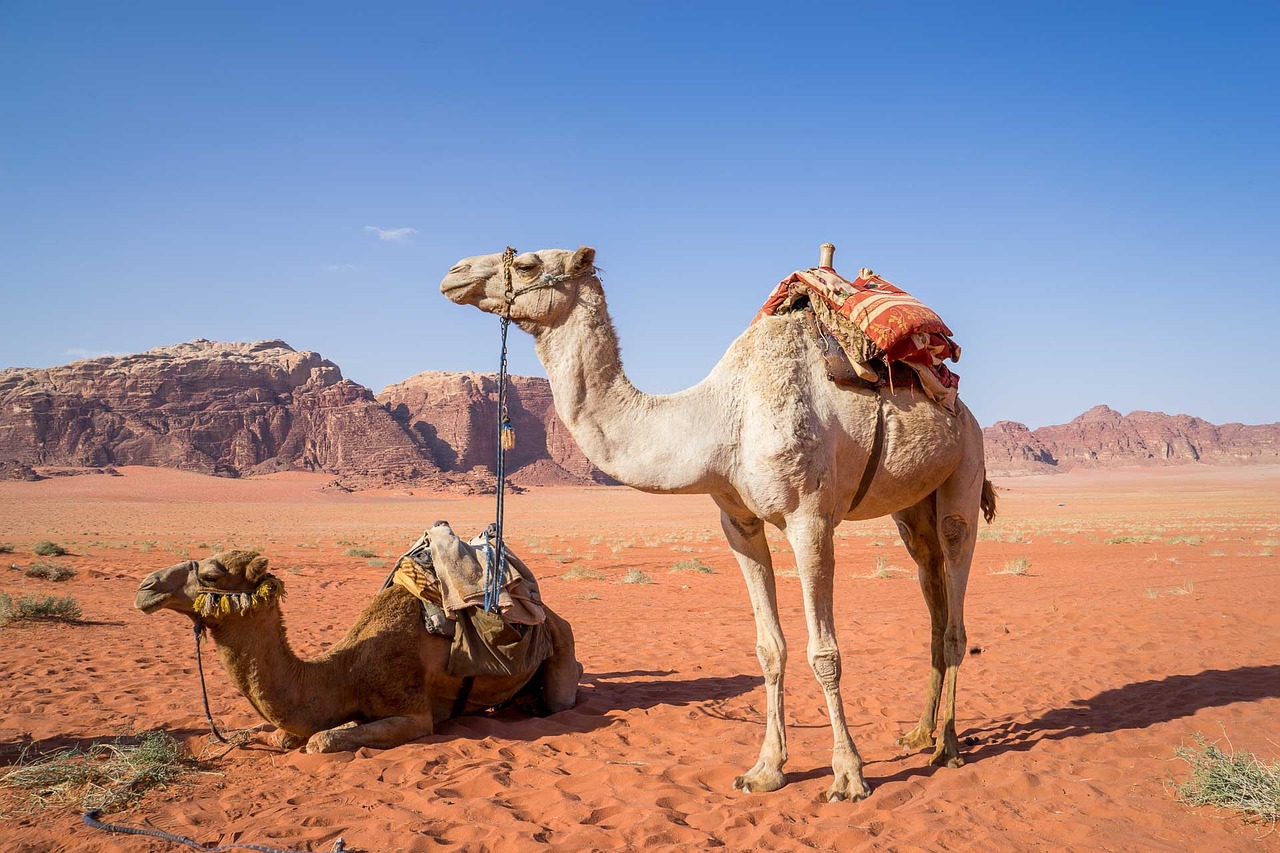 It is true that camels can go without water for some time, but this capacity has been considerably exaggerated. I did some research and gone through some authentic sources to find out the most accurate answer and I found it.

So, how long can camels go without water? Under usual desert working conditions, the maximum time between drinks for the average camel is 8 or 10 days. If it were not required to work during this period, it could probably last longer.

According to one writer, one group of camels considerably exceeded the usual period. This particular caravan was on the march for 34 days without water, and during this time covered 530 miles; however, the majority of the camels died before the end of the journey.

For many years people have been trying to explain how the camel can survive as long as he does without water. One suggestion is that excess water is stored in the hump, the idea being that the hump is simply a built-in reservoir into which the water pours as it is drunk.

Another suggestion has been that extra water is stored in the small pouches that open into the camel’s stomach. Neither of these suggestions is entirely correct, although the stomach, the hump and various other tissues all play some part.

Excess food and water that the camel does not need at once are stored within the body as fat and other substances, to be drawn on in time of need. Much of this material passes to the hump, which becomes large and plump when the camel gets enough to eat and drink.

But there is no hollow water cooler or reservoir concealed within it. When the body draws upon its food reserve, a considerable amount of water is produced, and this is what the camel utilizes when it cannot get water from other sources.

Some water is also stored in other body tissues and in the stomach pouches-all of which enables the camel to survive during the dry periods.