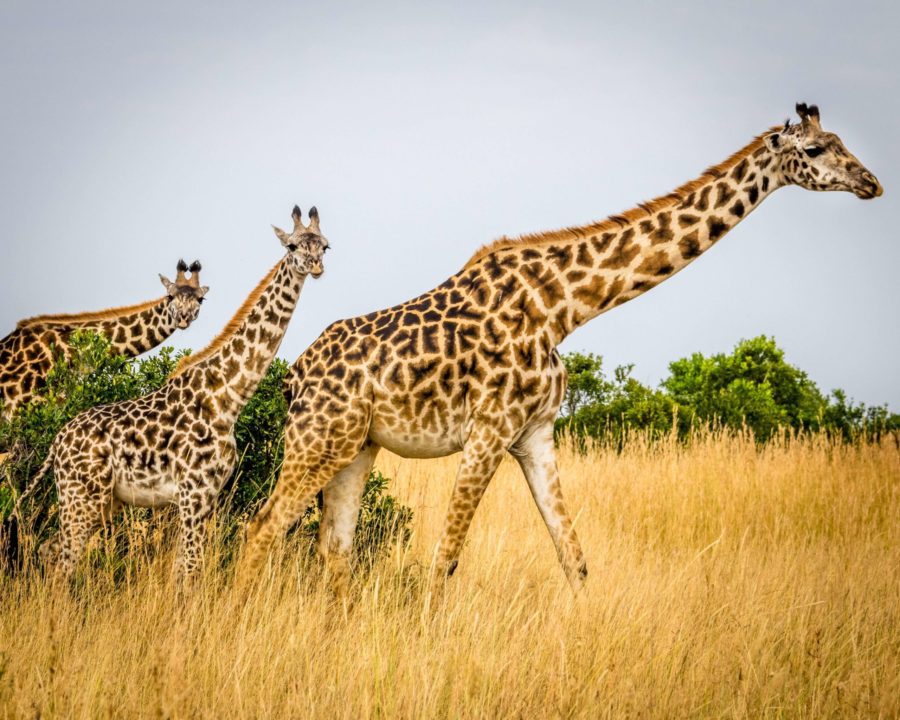 Giraffes are the tallest mammals on the earth and are truly magnificent creatures. Over the years due to the threat of extinction giraffes face, many breeding programs have been introduced with an aim to increase their population and most of which have become a success. Among the many awareness campaigns that were conducted by zoos housing giraffes the most notable of them was to let the public suggest a name for newly born giraffe calves. For instance, a baby giraffe that was born in the Phoenix Zoo was named ‘Siku’ which was the most voted name in the list.

Have you ever imagined what you would name a giraffe in the wildest of your dreams? Or at least to help your kid find a name for their stuffed giraffe doll? I have done this both and realized that it isn’t easy to find a name for a giraffe because they are very different from the common pets we have at home.

And as far as I am concerned while naming a pet it should resonate well with its character.

In this article, we have compiled a list of 155 cute and funny names for giraffes. Just in case you plan on buying a stuffed toy to your kid and need a name for it.

6 Names for Giraffes Inspired From Cartoons

Giraffes have been an integral part of animated movie series and cartoons. They have always fascinated us as kids.

In this section, we have compiled a list of 6 famous names from the animated movies & cartoons.

25 Cool Names For Giraffes Inspired From Their Height

Giraffes are the tallest living mamas on earth. As mentioned earlier, while naming a giraffe the best way to go about it is to give it a name that can resonate with its characteristics – its height!

An interesting thing to note about giraffes is the fact that males tend to be taller than females. This is believed to be an evolutionary adaptation because of which the males & females do not have to fight. Another notable difference is in their horns. Male horns are bald while the female horns are covered in hair.

In this section, we have compiled a list of 20 cool names for male giraffes.

In this section, we have compiled a list of 20 names for female giraffes:

Giraffes are generally harmless creatures as they are portrayed in most of the animated movies or cartoons. They do have their awkward moments too. In this section, we have compiled a list of 25 funny names for giraffes.

Don’t be mistaken when we call them Baby giraffes because a newly born baby giraffe can weigh up to 13kgs and be 6ft tall. That’s about the height of a fully grown adult human being.

In this section, we have compiled a list of 1o names for baby giraffes!

20 Names for Giraffes Inspired from Movies

Giraffes have been an integral part of many animated movies and cartoon series. They have all had a unique identity in all those movies. Ever wondered how it would sound to name a giraffe after the famous movie characters played by humans? It is going to be fun, right?

This is why in this section we have compiled a list of 25 names for giraffes inspired by the famous movie characters. We have included names that are known for their intelligence, valor, bravery, and so on.