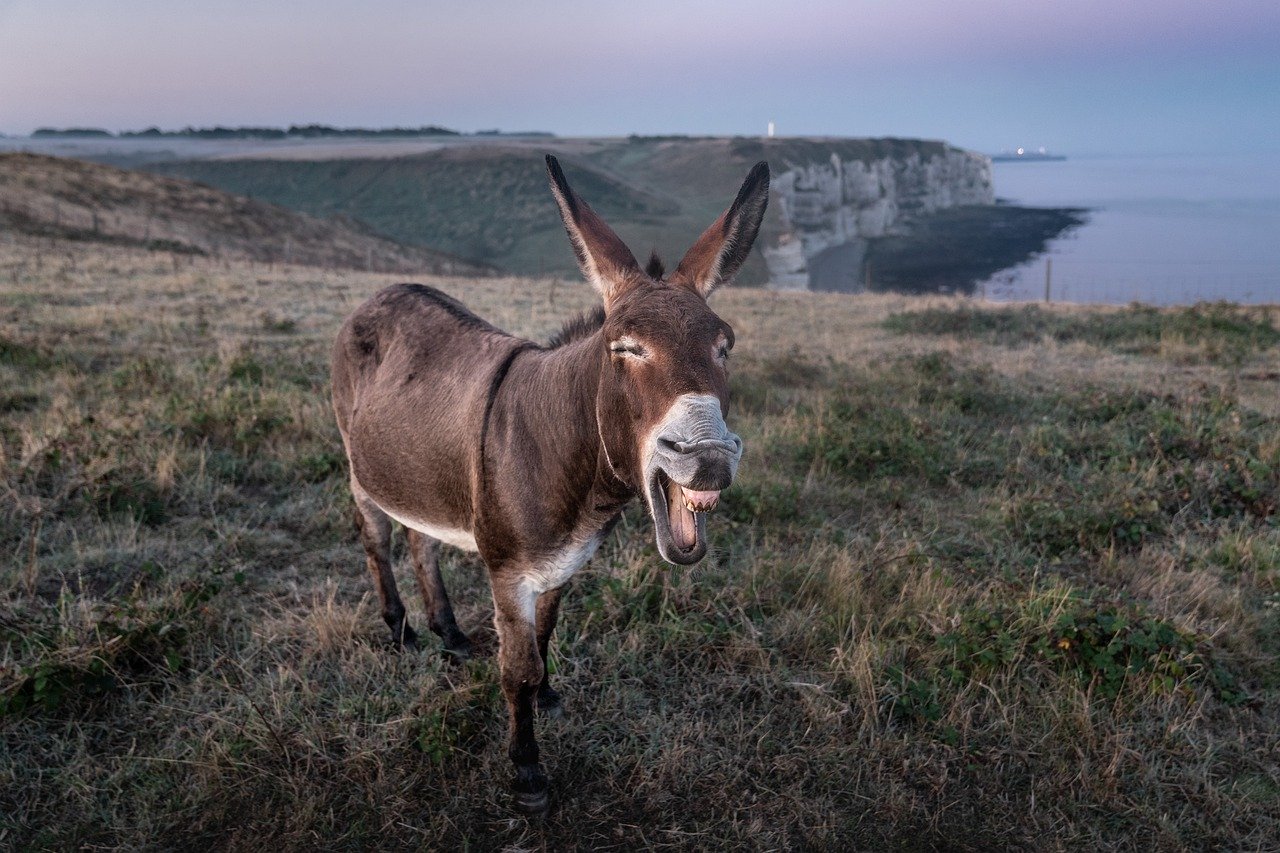 Donkeys have always been a close ally to humans throughout the ages. Ever since humans first began cultivating, donkeys have been used in farming and for everyday assistance, including carrying heavy luggage. So donkeys are an integral part when we consider the interaction between humans and animals.

A donkey is not considered to be a pet; instead, they are more like a trusted worker whom you take care of. When it comes to making donkeys work, all you need to do is to make them feel safe.

Before you make your donkey work, you need to gain its trust for which you need to connect with your donkey. The best way to go about it would be to find a suitable name for your Donkey. It is essential to know that donkeys communicate in a specific fashion and because of which what you call them matters. Finding a suitable name is the first step towards gaining its trust.

In this article, we have compiled a list of 161 cute and funny names for your donkeys. Let the donkey be your riding companion or hiking pet. We have names for them! Let us get going, folks.

7 Names For Donkeys Inspired From Cartoons 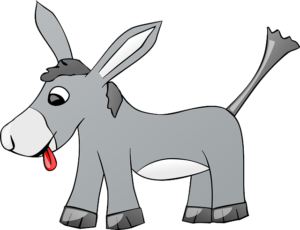 Yeah, donkeys have been important characters in many of the cartoons and animated series. If you are a huge fan of cartoons or if you have kids at home who love cartoons, this section is for you.

We have compiled a list of 7 famous names inspired by cartoons.

Eeyore is the famous donkey character in the ‘Winnie-the-Pooh’ living in the Hundred Acre Wood.

In the cartoon, Eeyore is portrayed as a gloomy donkey who is one of Pooh’s best mates. You can see pooh trying to cheer Eeyore up while it Is evident that Eeyore loves his gloominess though he appreciates pooh’s efforts.

As mentioned earlier, before you get your donkey to do the things you want, it is vital that you gain its trust. For which you need to be like Winnie the pooh.

Might have been an easy guess, right? If not, Donkey is the fictional character in the famous animated movie Shrek.

Donkey is portrayed as a talkative and cheerful person who seeks refuge at Shrek’s backyard and eventually becomes Shrek’s best friend and sidekick.

In the entire movie series, the donkey can be seen accompanying Shrek in all his endeavors just like how you would want your donkey to be.

Small One is a famous character who is a donkey, in the 1978 Disney Animated Featurette released for Christmas. In the cartoon, Small one is portrayed as the youngest among the 4 donkey siblings.

As the name suggests, the small one is the weakest and is of no use to his owner who then decides to sell Small one. But the owner’s son who becomes friends with the small one tries to convince his dad to not sell the small one and fails to do so.

The story progresses when the dad agrees to the boy’s plea to whether he can be the one selling the small one. So that he can ensure that the small one gets a good owner. The cartoon talks a lot about the friendship between the donkey and the human kid.

If you are a coffee-loving person, this is the apt name for your Donkey.

Columbian coffee is famous around the world, and since 1958, the brand ‘Juan Valdez’ has been the face of Columbian coffee. Conchita is the pet donkey character designed by the National Federation of Coffee growers who always accompanies his master with 2 bags of coffee beans on its back.

As mentioned in the previous section, once you gain the trust of your donkey he will do anything you ask for and be faithful to you. Naming your donkey Conchita can be a symbolism too!

Gus is a donkey who plays football from Yugoslavia as portrayed in the Disney movie Gus. This is probably the only cartoon where a donkey is shown to have athletic skills.

In the movie, Gus is shown to accompany his master Andy Petrovic who is a football trainer to the US. On reaching the US, Gus becomes a star at a local football club. Gus is known for his powerful 100-yard kick he does whenever he hears the word ‘Oyage.’ If you are someone into sports or athletics, you can name your donkey Gus.

Francis is a talking army mule that debuted in the movies during the 1950s. The mule who played the role of Francis was Molly, who was well trained and naturally intelligent.

Molly performed so well in the movie that she was the first animal to win the Picture Animal Top Star of the Year award in 1951.

If your donkey is well behaved and friendly, you can name it Francis if it’s a male and Molly if it’s a female.

Benjamin is the straightforward and wise donkey portrayed in the novel George Orwell’s Animal Farm. In the novel, Benjamin is portrayed as a donkey who doesn’t talk much and spends time alone introspecting.

There has also been a lot of interpretation of this character concerning the Russian revolution.

If your donkey has got a laid back and chilled nature, you can probably name him Benjamin. 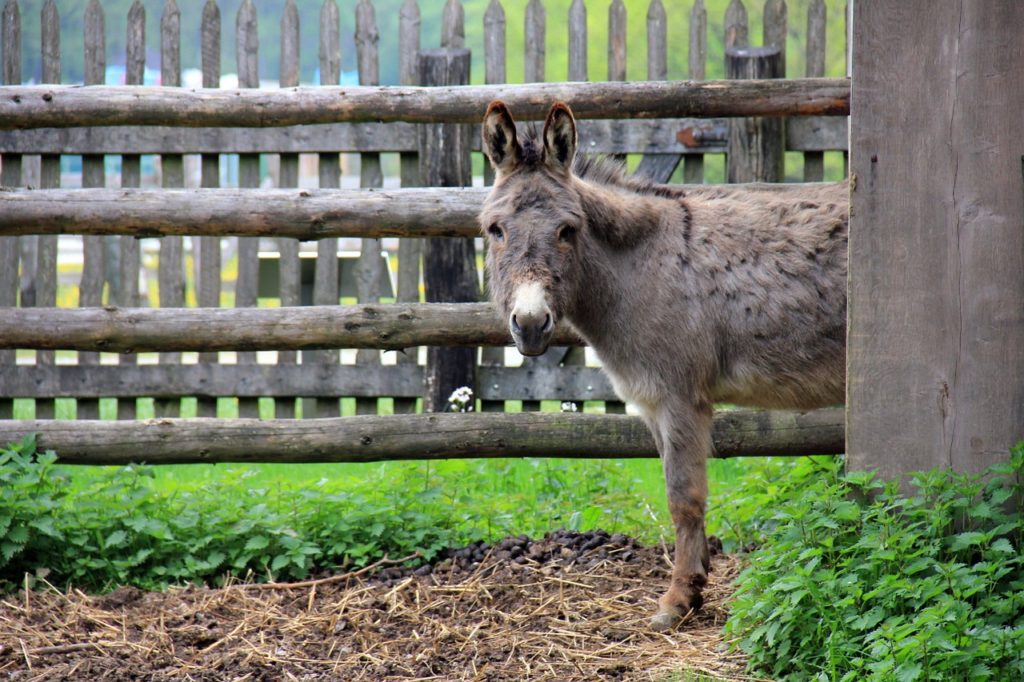 Donkeys do make good companions at times. That being said, they can’t be anything like a cat or dog, but they can be good companions in their unique way. All you need to do is gain their trust because donkeys aren’t dumb as they are portrayed or believed to be.

In this section, we will have a look at 20 cute names for your donkey. 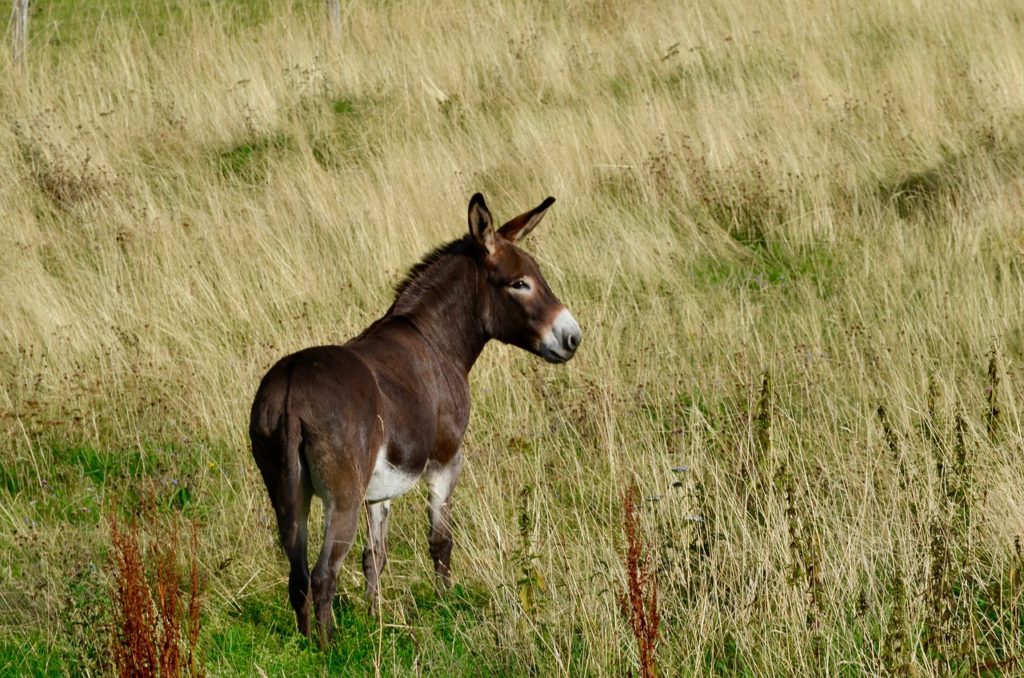 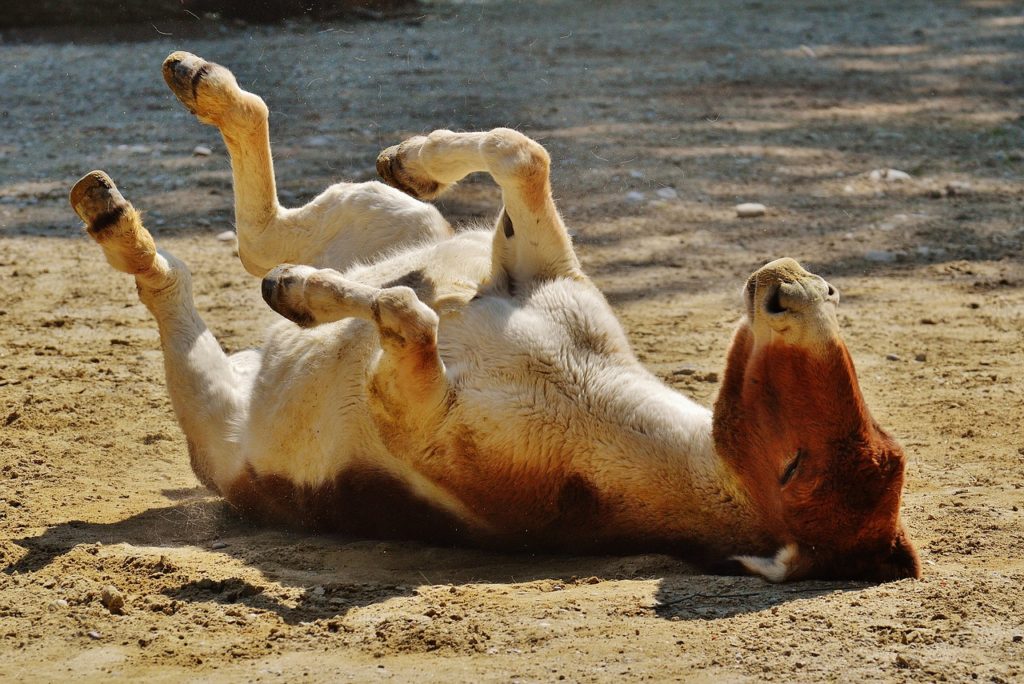 Donkeys can act weird and be stupid at times. They can be damn stubborn too. Sometimes they can just stand there looking at your face entirely deaf for your commands. Donkeys, for ages, have earned their reputation for being foolish.

In case your donkey has any of these character traits, you can choose any one of the names from this list.

Yeah, donkeys can act weird and funny sometimes. If you have had a donkey for some time, you might already be knowing that donkeys don’t need a big space to keep themselves happy and engaged like a horse. They are very much comfortable with small spaces. Most donkeys can be seen running in circles and playing.

In this section, we will have a look at 20 names for playful donkeys. 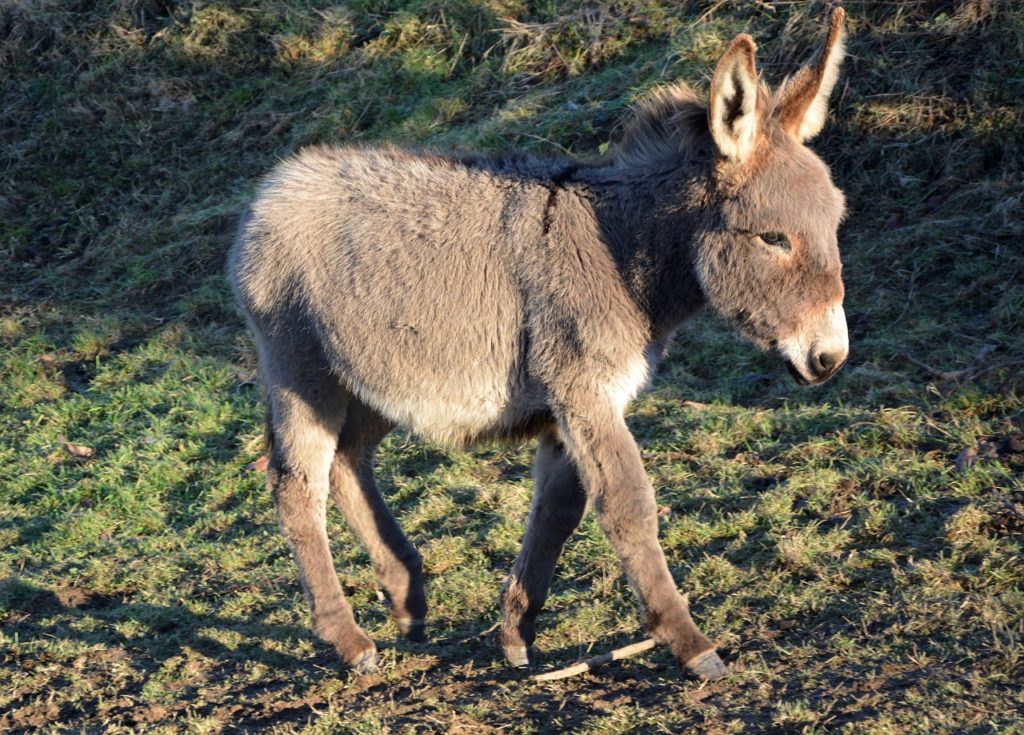 Baby donkeys are known to be very cute. Also, they aren’t as small as you would imagine it to be.

They can weigh anywhere between 9 to 13 Kg and can stand on their feet within 30 minutes after their birth. Like all other species, baby donkeys are very curious in nature, and it is fun to watch them running around.

In this section, we will have a look at 42 cute names for baby donkeys. Twenty-one names for males and 21 for females.

No donkey has ever been portrayed as a superhero in any of the animated movies or cartoons. Throughout the ages, donkeys have had a bad reputation of being stupid and dumb.

But did you know that in Egyptian mythology, donkeys are portrayed as a symbol of sexuality? There are many other cultures where donkeys are not considered to be dumb.

In this section, we will have a look at 22 names inspired by superheroes.