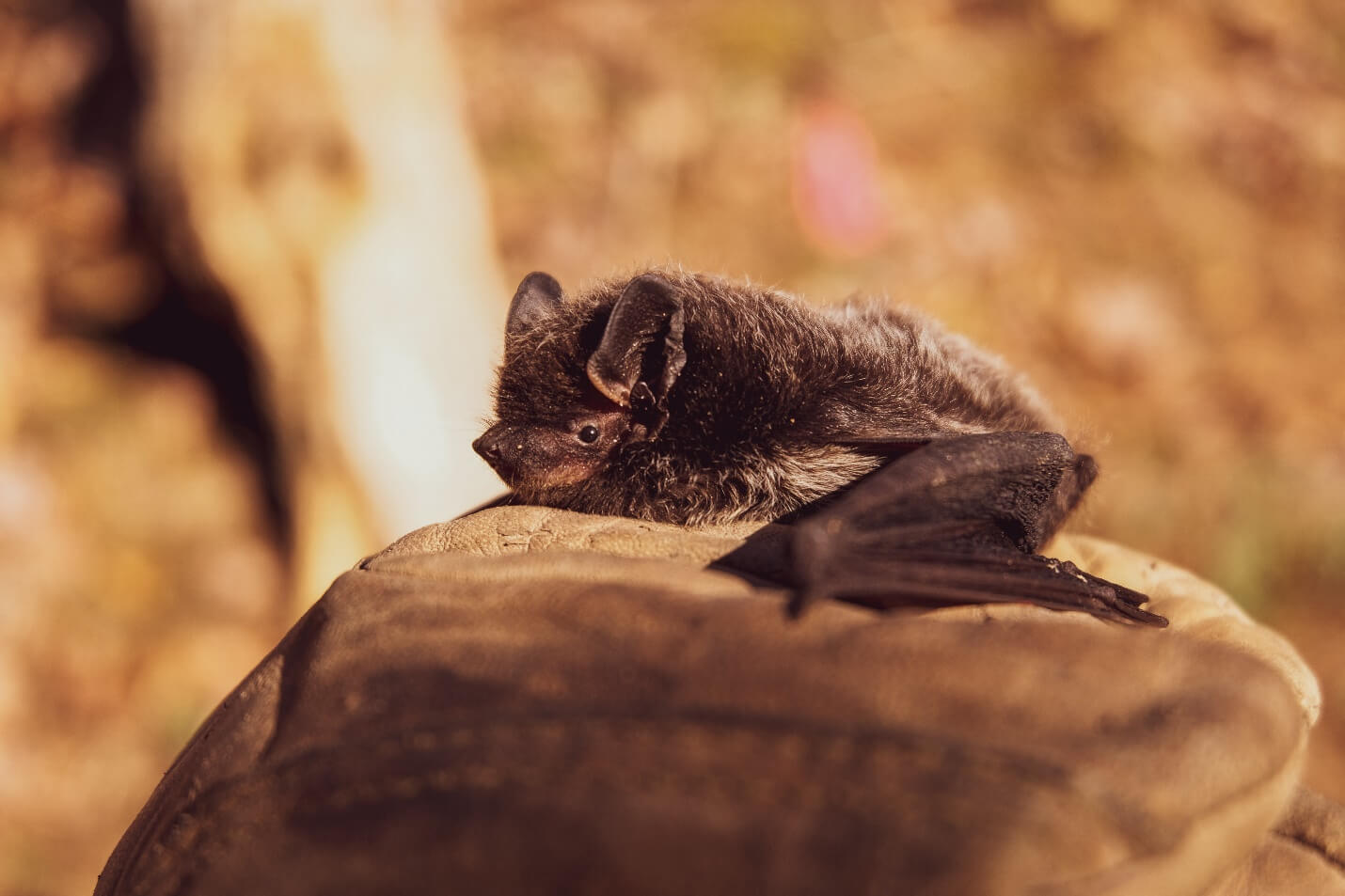 Don’t let Batman have you fooled! Contrary to popular belief, bats are actually cute and furry-little animals with tiny faces and pointy wings. Their facial resemblance to canines makes them look almost like puppies with wings!

If you’re looking for cute and funny bat names, that probably means you’ve been considering getting one for yourself. We’re here to help you find the perfect name for your pet!

If you’re going to be raising a bat or have decided to adopt one that you want to name, you might as well learn the basics of the different kinds of bats there are so that you can create a stronger bond with your pet bat as well.

Here are some facts about bats and a list of pet bat names that you will want to consider before making your final decision.

Bats are nocturnal creatures, which means they mainly come out at night. They prefer to do their hunting daily activities at night, while they spend most of the daylight hours sleeping or hiding in their bat caves. However, there are so many things about bats that we only know from stereotypes and old legends, which aren’t necessarily true.

There are several different kinds of bats. In fact, there are more than 1000 species of bats that have been discovered so far. Some of the most commonly seen bats are as follows:

This is probably the most intriguing bat species. Whether it’s horror movies or Halloween, people love bringing up the famous Vampire Bat. The interesting part about Vampire Bats is that they look exactly the same way as vampires do in famous legends and movies.

While it is true that Vampire Bats thrive off of blood, they do not kill their prey. They simply make a cut with their teeth and take only as much blood as they need to survive. Apart from their scary feeding habits, they are actually very friendly creatures. 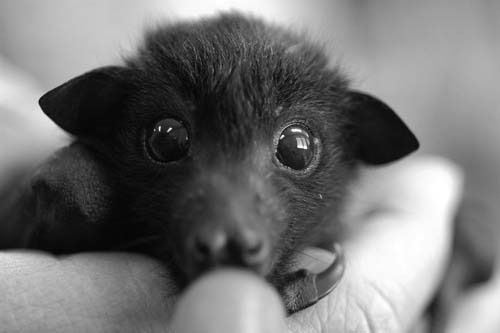 The Fruit Bat, also known as the Flying Fox, is said to have the best bat vision out of the majority of bat species. They go under the category of Megabats, and their size varies depending on where they live. Some fruit bats can be merely 2 inches long while some have a wingspan that goes up to 5 feet.

The Indiana Bat can be black, brown, or gray and stays 1-2 inches long even when it’s an adult. What’s interesting about Indiana Bats is that they’re very similar to the Little Brown Bat, save for the fact that Indiana Bats are the sole bat species to have pink lips.

The Kitti’s Hog-Nosed Bat is also known as the Bumblebee Bat because of its size. It is the tiniest of all the bat species and is considered one of the smallest animals among mammals. It is barely an inch long but has long wings, which makes it a unique sight to see in flight.

This bat is around 6 inches in length but has a wingspan that can go up to 2 feet long. They’re very lightweight, with big eyes and a dog-like snout. As the name suggests, most Egyptian Bats are found in Africa, but they’re also found in South Asia in countries such as India.

This uniquely named bat is as special as its name. The species is rare, and what makes them stand out from other bats is their long wings that they often hold around their body like a cape. When open, their wings can go up to 5 feet long.

The Flying Fox is considered the largest in the bat species and gets its name from its foxlike features. Their ears are pointy, which is different from the majority of bat species with rounded ears. Their fur and face are so similar to a fox that some people like to refer to them as a fox that has grown wings.

This is another species that is quite commonly heard of. They have tiny bodies that can go up to 4 inches in length and they weigh around half of an ounce. Even when fully opened out, their wings don’t go more than 11 inches in wingspan.

As the name suggests, they are brown and have tiny eyes and ears. They live primarily in the US or Canada, and there are, in fact, more Little Brown Bats in the US and Canada than there are any other species of bats!

The bats that live in colder regions like Alaska will go into hibernation for approximately six months a year, which makes it hard for some to believe that there are so many of them.

Here are some cute and funny bat names you might want to go through before deciding on a name for your bat. All bats are cute, so all bat names are also going to be cute. But if you’re looking for something special, here are some cute names that you could consider.

Most famous bat names emerge from famous bat movies or legends, like Dracula, for example.

Although not all bats are Vampire Bats, there’s no harm in choosing a name that is associated with vampires, because they have a long history of being affiliated with bats.

So you just adopted a pet bat! Congrats! But what’s his or her name?

Bat names can be more difficult to pick than you think. The good news is that there are multiple great options out there, making the selection process easier than ever before.

Take a peek at this list of pet bat names to help you get a jump start on picking out the perfect moniker for your new friend. 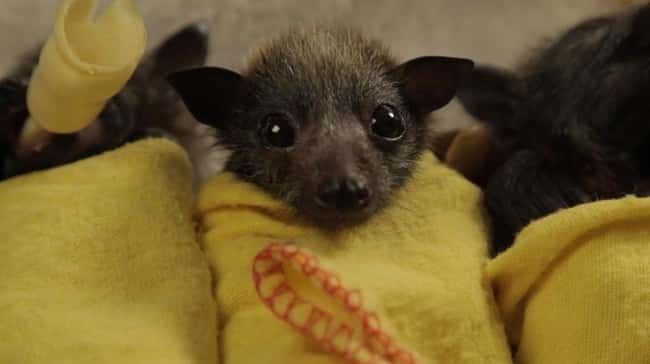 Coming up with funny names for a bat isn’t that hard. You could use the name of any baseball team that you’re a fan of – they are famous because of bats, after all. Consider putting in a little wordplay too.

Halloween bat names could include anything from famous vampires to movies that had bats, like Batman. You could also opt for books, like the three-part series Silverwing by Kenneth Oppel. 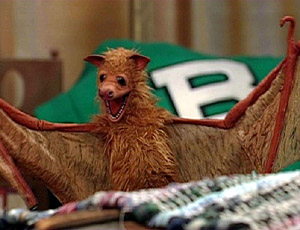 If you’re a Disney fan, you won’t want to miss out on possible bat names inspired by a Disney adventure.

Many myths and legends involve bats. Ancient civilizations used to refer to bats as evil, dark creatures because they only came out at night and had intimidating features.

Nothing could be further from the truth; however, as it is now known that bats are actually very social creatures.

Here are some bat names associated with legends and myths: 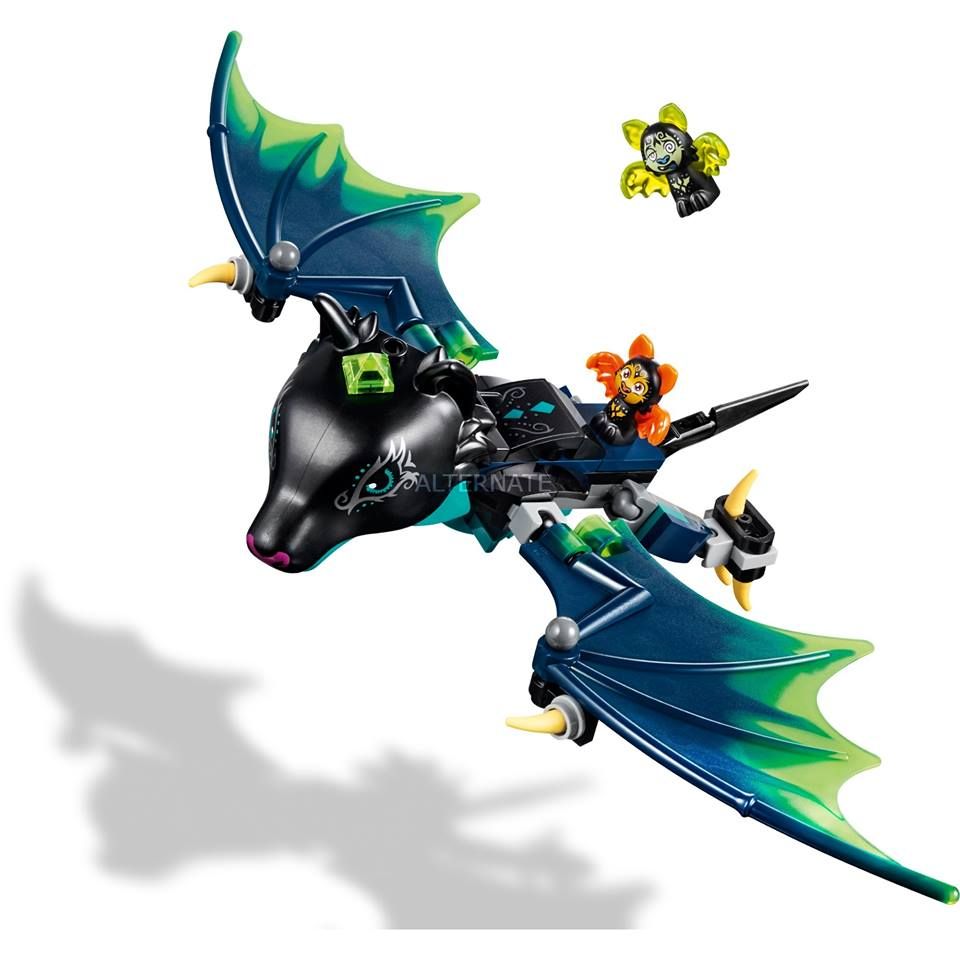 In case you need a refresher, the Lego Elves was created by Lego to make Lego more appealing to girls.

It’s about a young girl, Emily Jones, who goes through to a fantasy world called Elvendale filled with elves, dragons, and bats.

If you’re into the story, here are the names of the bats from the franchise:

Coming up with a unique bat name can be a tad but difficult, especially when most people opt for bat names that they picked up from a movie or legend.

The association of Batman to bats means that most of the bat names you will come across are going to be referencing to Batman in some way.

Whether you decide on one of the names we have listed or decide to go for something else, we hope you are able to come up with a name that truly represents your pet bat.

Whether you go for a name based on the way it looks or a famous character that was associated with bats, there are all sorts of options that you can consider.

Remember, despite the misconceptions that people have about bats, they are not the unfriendly, unpleasant creatures that we think they are. They are very sweet and social, just like little puppies that chose to grow wings.

Do Bats Get Stuck in Your Hair?