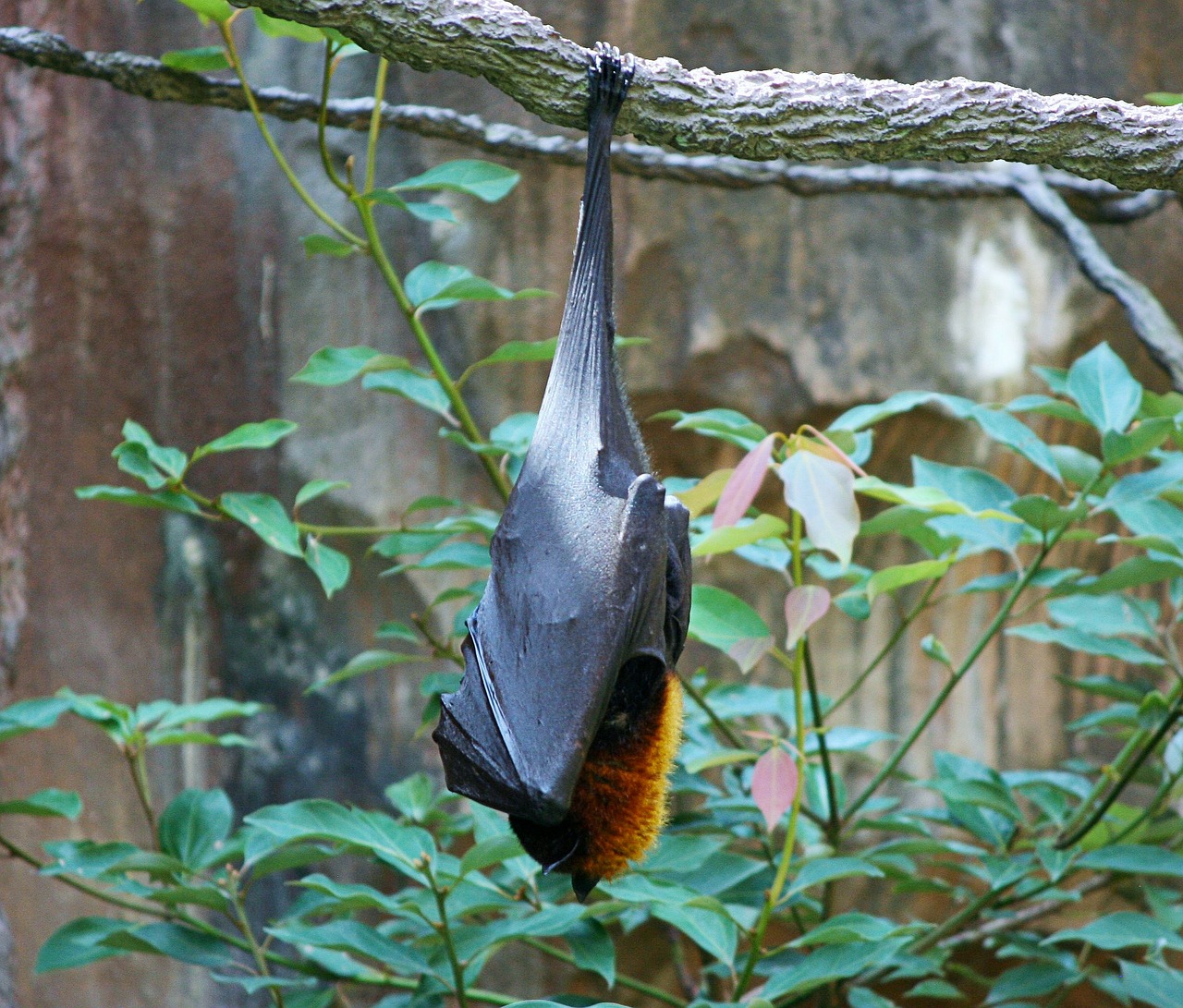 In temperate zones, bats disappear as cold weather approaches and reappear in the spring. Many people wonder whether the bats hibernate or migrate to the warmer regions.

So, do bats hibernate? During the winter, insect-eating bats are forced either to hibernate or migrate to warmer regions since the cold weather kills the insects upon which they feed. Those that hibernate hole up in caves, hollow trees or even under loose bark.

The walls of caves in some regions may be literally covered by thousands of hibernating bats hanging from some projection by their feet, heads downward.

Several species make rather extensive migrations, but as yet little is known about this. It is thought that some North American bats spend the winter in Bermuda, while others apparently go to the southern United States or even farther south.

Most of the bats in the United States are active primarily at night and rest and sleep during the day in some secluded spot. Huge numbers sometimes use the same roosting quarters and emerge near dusk in hordes.

One of the most famous of these nightly flights occurs at Carlsbad Caverns, New Mexico, but such flights on a smaller scale may also be seen in other regions where there are large numbers of bats.