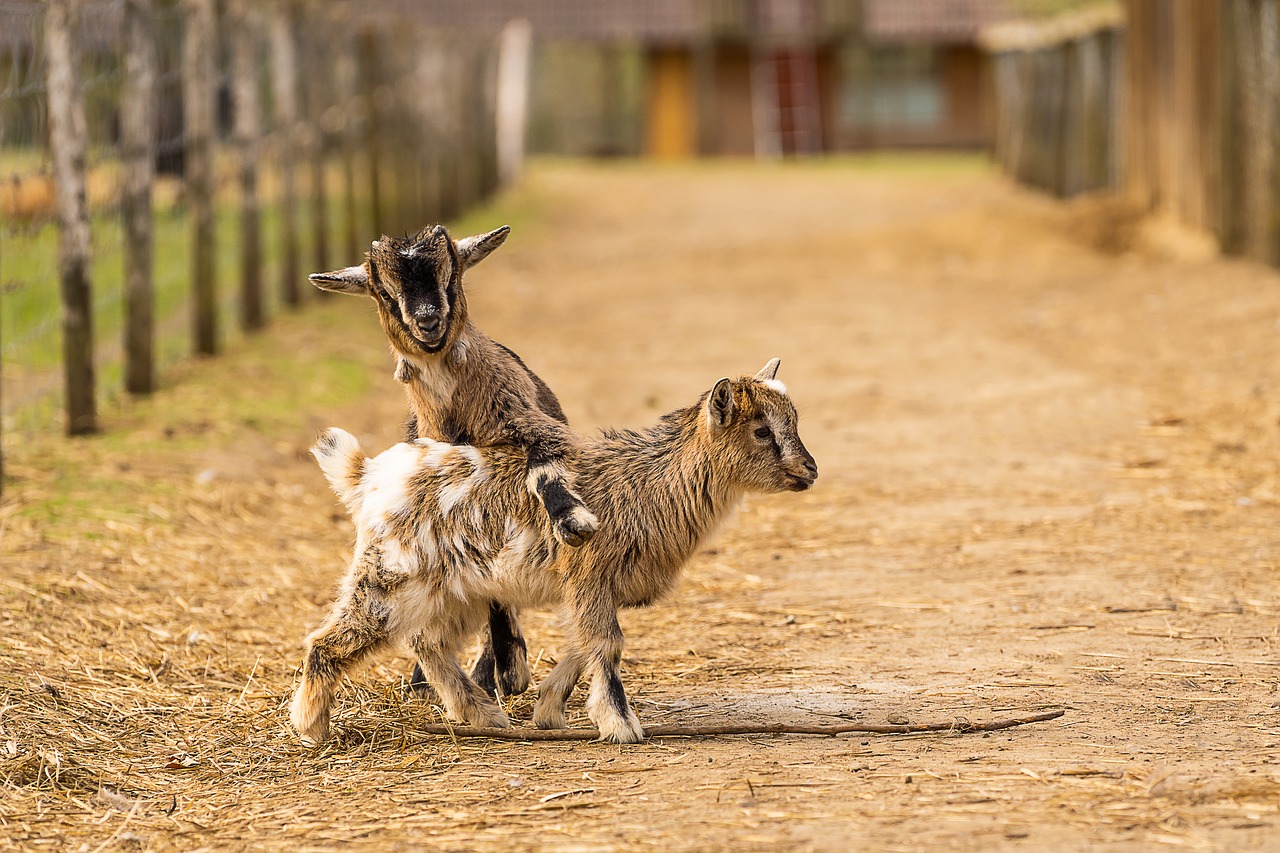 Goats have always been an integral part of human history. It is estimated that human beings began domesticating goats around 10,000 years back.

Domestication of goats is deemed to be the pivotal moment in the history of mankind because that is when our ancestors shifted from being hunter-gatherers to being an agriculture-based society. Even today, goats are domesticated mainly for their milk and meat that is popular all around the globe.

What sets goats apart from other herd animals that are domesticated is that there are people around the globe who keeps baby goats as pets.

The playful goats can be fun to have around because of their curious and fun nature. The videos of playful video goats jumping all over their humans and nuzzling your face with their noses are an internet sensation these days.

Baby goats have a personality of their own, and many interesting facts about them are worth knowing.

This is why we have decided to compile a list of cute baby goat photos, videos, and facts in this article. We have also covered answers to some frequently asked questions about baby goats.

Baby goats can stand up within minutes after birth. 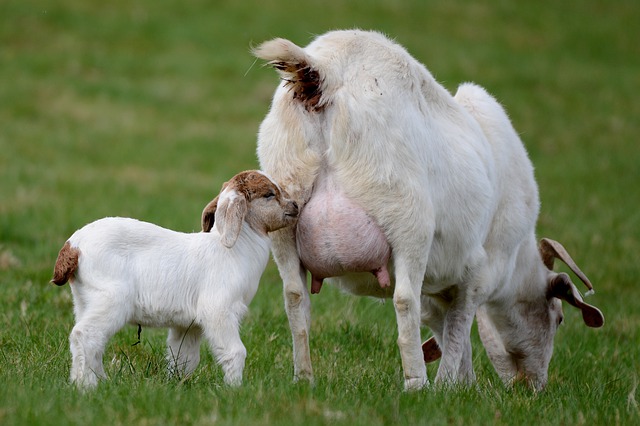 Yeah, a baby goat can stand up within minutes after their birth. They take less than 1o minutes to stretch their legs, stand up, and take their first step.

Goats have a gestation period of 5 months, and by the end of this period, a goat gives birth to a fully developed baby. Like any newborn mammal, baby goats, too, start experimenting with their voice and start bleating, which is an indication that they are hungry.

They are not just capable of standing minutes within birth; rather, they also walk towards their mother and start drinking her milk. 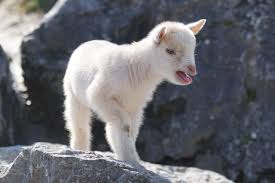 Not just the baby goat, goats, in general, are excellent climbers, and they are agile too. They can crawl, jump, or run over under anything they want to.

The way they climb trees or steep mountains defying gravity is a sight to behold, which is why you need to be extra cautious if you have baby goats in your pasture. They can easily sneak out of the enclosure!

Baby goats can pick up an accent from their herd mates 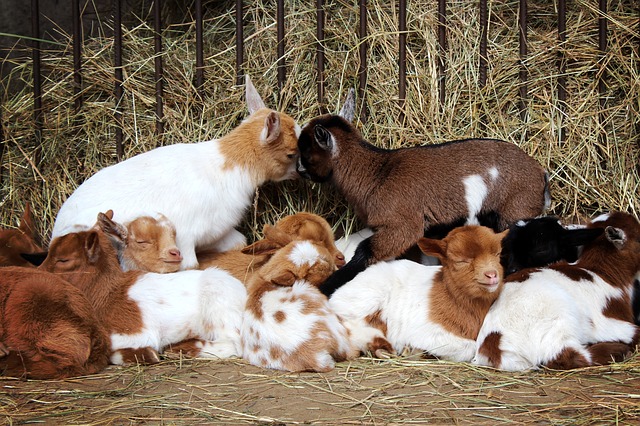 This is something most pasture owners don’t know. Goats, in general, are found to develop a unique accent in their bleating depending on the accent of their heartmates and the accent of the herdsman.

What makes this even interesting is the fact that baby goats can distinguish their mom’s bleat from the other goats in the herd by identifying their mother’s accent. Also, mother goats can identify their babies’ cries as early as one week after birth. 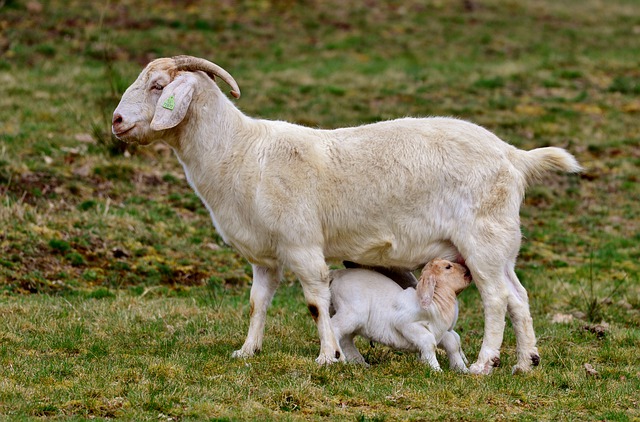 Apart from identifying sounds, goats also rely on markings and scent to recognize each other, but among these, the sound remained the prominent one.

A team of researchers in the UK wanted to know how deep the unique bleat of a baby goat has been imprinted on its mother, and they carried out an experiment to figure it out.

These researchers recorded the cry of 5-week old baby goats from a farm. Almost a year after these babies were separated from their mothers, they played this recording back to their moms.

They were surprised to see that these mothers still remembered and reacted strongly to the cry of their babies than to the sound of other babies.

This study clearly showed that goats could clearly remember the cry of their babies though they have mated again and had given birth to other babies.

Diet of a baby goat

Diet of a baby goat depends on whether they are in captivity of in their natural habitat. In the case of baby goats that are born in the wilds, they will be up and suckling their mother’s milk within 10 minutes after their birth.

The milk that is produced immediately after birth is called colostrum, and it is vital for the health of the baby goat.

Colostrum is found to be rich in proteins and other nutrients that are essential for the immune system of the baby. The babies survive solely on their mother’s milk for the first week after their birth, and they slowly begin to eat grass and other common food.

When it comes to a baby goat that is born in captivity, diet depends on how the herdsman chooses it to be.

For instance, he may choose to bottle feed the baby or let it drink milk from its mom. Either way, it is imperative that the baby drinks the colostrum from its mom, and it also helps in their bonding.

The baby goats are introduced to grains a week after its birth to give its digestive system adequate time to adjust itself.

You can also check out our article: Can Goats Eat Apples?

How long do the baby goats stay with their mother?

As said earlier, baby goats are fully developed at the time of their birth. They stand up and take their first step within 10 minutes after their birth. How long a baby goat stays with its mother depends on whether they live in the wild or captivity.

In the wild, the baby goats survive solely on their mother’s milk for the first week, after which they slowly start eating grass and other food that the adults eat.

In any case, the baby goats leave the mother at around six weeks of age. Whereas in the case of baby goats that are born in captivity, they can be separated from their mother within minutes after they are born if the owner chooses to bottle feed them.

Now that we have discussed some interesting facts about baby goats, let us have a look at the frequently asked questions about a baby goat.

What do you call a baby goat? 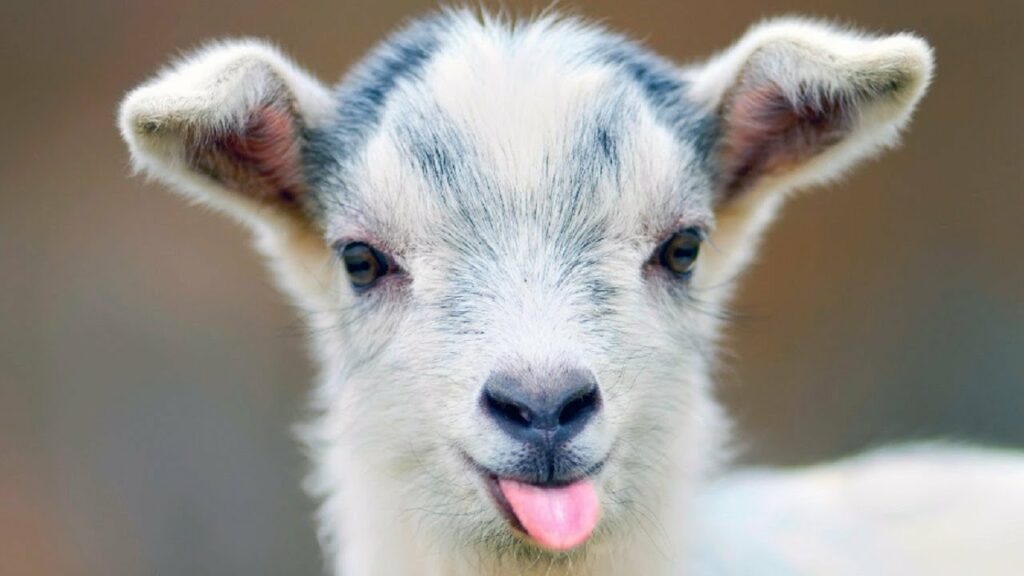 In some parts of the world, owing to its chubby appearance and playful nature, a baby goat is also called dubbles!

Baby goat as a pet 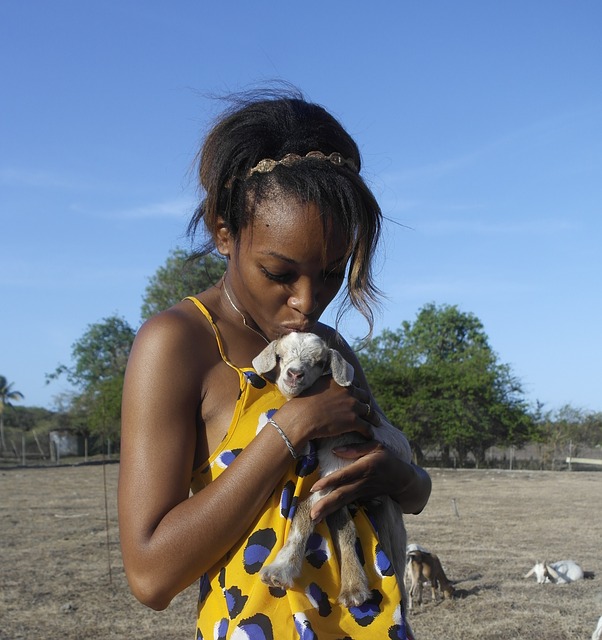 Contrary to the popular belief that goats are only meant to be farm animals, goats are indeed friendly animals. In fact, due to their friendly and curious nature, goats are becoming a popular pets these days.

Though goats make an ideal pet and they are low maintenance pets, there are certain things you need to keep in mind before bringing them in.

Goats aren’t like the other common pets like a dog or a cat, and they cannot live indoors. You will have to build them shelter in your backyard.

On average, you will have to give them a shelter that’s at least 130sqft. As said in the earlier sections, goats are extremely agile animals, and they are excellent climbers too, which means that you will need fencing that is at least 5ft high.

In short, the shelter that you build for your goat should have a cover, a sleeping area, and protection from predators and extreme weather.

Despite their reputation, goats are very selective when it comes to the food they eat. You need to provide them with food that best suits their age.

Goats eat a lot, so you need to be prepared to haul the hay bales. You would also need to supplement them with protein-rich grains and food rich in minerals once in a while.

Last but not least, you should never feed your goats the processed pet foods because your goat will have trouble digesting the food. Feeding goats pet foods can be fatal at times!

How much does a baby goat cost?

The cost of a baby goat depends on a lot of factors ranging from whether you want one as a pet or for milking.

The other significant factors affecting the price includes gender, temperament, age. Based on all these factors, a baby goat can cost you anywhere between $75 to $300.

For instance, let’s say that you were planning to get a couple of goats for milking, you would need high-quality lines, for which you need to be willing to spend more. Similarly, if you need one as a pet, you can get a castrated male for a lower price.

Bringing in a baby goat is going to cost you more than what you paid for the goat. You need to set up an enclosure for them that has to be at least 130sqft in size (this is for a single goat), you would also need to set up a fence that is at least 5ft. Tall.

How much milk to feed a baby goat? Things to know before bottle-feeding a baby goat

1st 24 hours: Let the baby feed on the mother’s colostrum for the first 24hrs after birth. If it is not available, you should feed them ¼ cup of powdered colostrum every 3hrs.

1st week: Feed the babies ½ cup milk every 3 hours. You can give them a 5hrs gap at night between 2 consecutive feeds but not more than 5hrs. By the end of the first week, you can slowly feed them solid food items.

2nd to 4th week: Feed them ¾ cup of milk at 6hrs interval. That’s about two times a day. By the time they are 2 to 4 weeks old, they will have begun consuming enough solid food items.

7th to 10th week: Feed them two bottles a day. One in the morning and the other at night.

By the end of the 10th week, you can stop feeding them milk, as they would now be consuming adequate solid food items.

How much does a baby goat weigh? 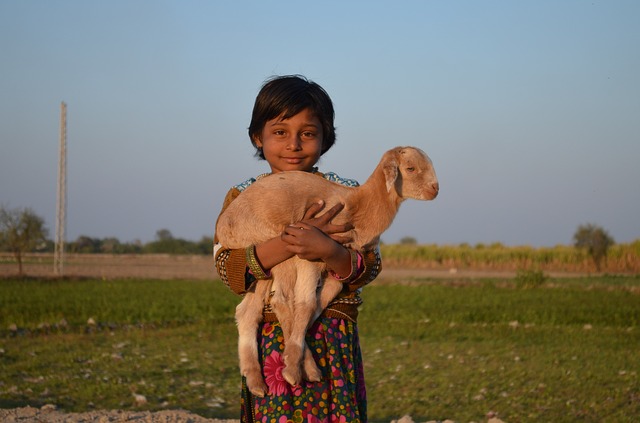 A baby goat can weigh anywhere between 5 to 9lbs at the time of birth. This may also vary depending on the breed of goats.

How much does a baby goat sleep?

Sleep is not a priority for goats, and they are light sleepers too owing to which goats wake up to even the slightest noise. This explains why most people say that goats don’t sleep.

On average, a domesticated goat may sleep for 5hrs at night apart from the small naps they take during the day.

Yes, baby goats can swim just like the adults. This is something most people wouldn’t know because we don’t get to see a domestic goat swimming. Goats are excellent swimmers that they are found to swim between adjacent islands in search of food and mate.

Yeah, a baby goat can drink cow’s milk, but you should always try to get the goat’s milk. When compared to a cow’s milk, goat’s milk has more vitamin-A, iron, and potassium in it. In case you choose to bottle feed the baby goat, and goat’s milk is not available, you can feed them whole (not 2%) cow’s milk from the store.