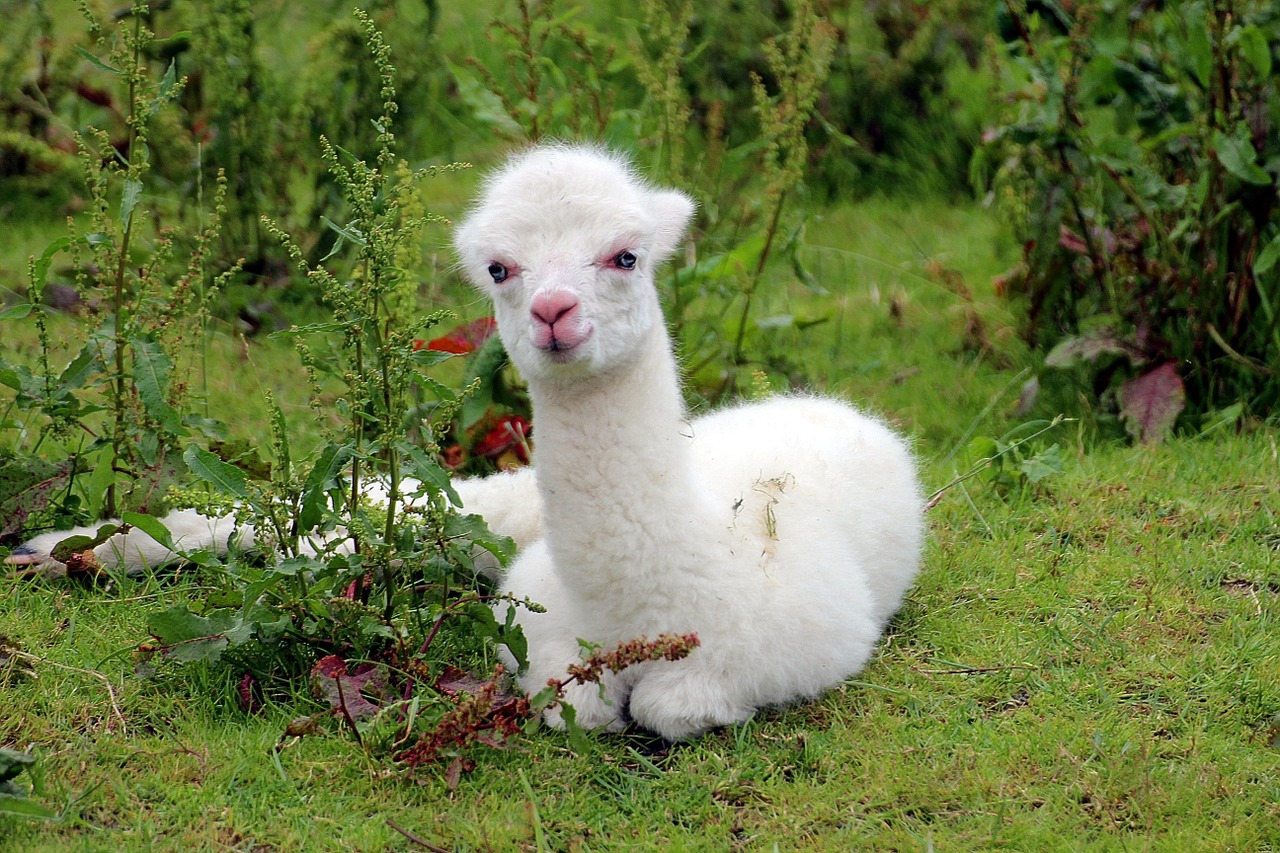 Alpacas are irresistibly cute, and probably the cutest after pandas. These giant furry cuties with a funky hairstyle and a velvety snout are truly adorable.

Most people have begun to see them as the ideal stress buster. Nowadays, most people with enough space in their backyard prefer to have alpacas owing to the sheer fun animals they really are.

Ever imagined how cute a baby alpaca would be considering the overloaded cuteness of an adult?

There are dozens of videos and photos of baby alpacas available on the internet. In this article, we have compiled a list of the best photos and videos, along with 15 interesting facts about cute baby alpacas that will make you go aww!!

Hop on folks, let’s get going.

15 interesting facts about baby alpacas you ought to know

Alpacas give birth to the babies only in the morning 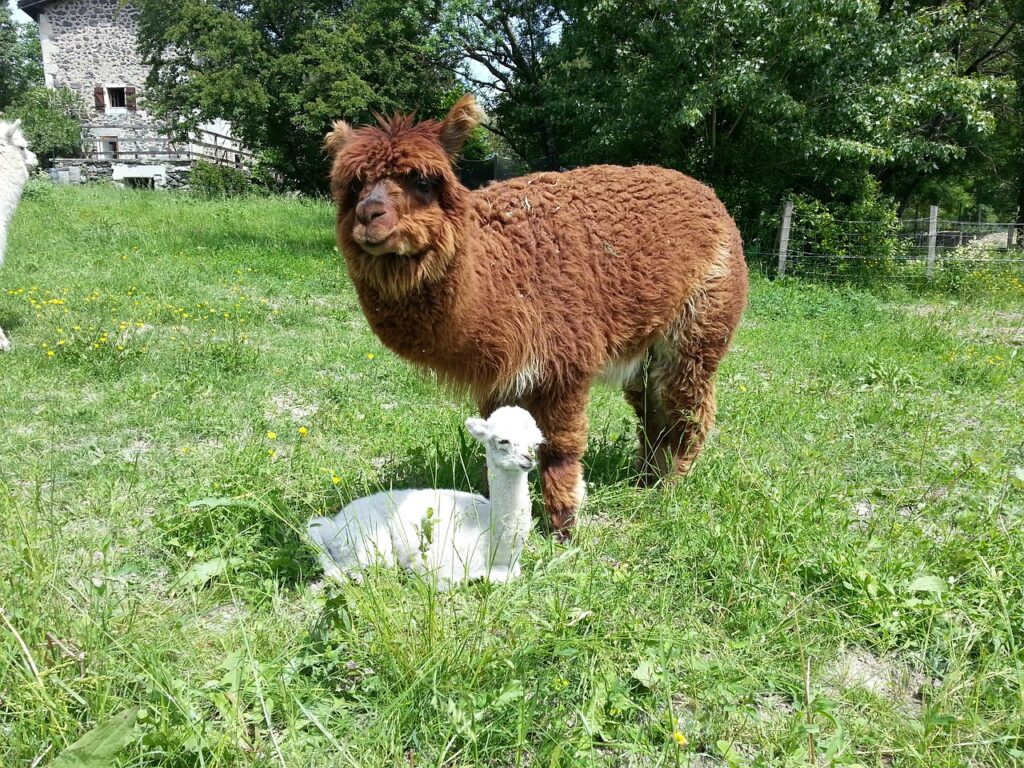 Yeah, unlike the other animals, alpacas give birth only in the morning. By giving birth in the morning, the babies will have enough time to dry themselves up, stand, and suckle before the temperature drops.

An interesting point to be noted is that alpaca babies are not cleaned by their mothers; instead, they are left to clean themselves on the grass. In most cases, the babies will stand and begin to suckle within half an hour of their birth.

An Alpaca baby is called a cria 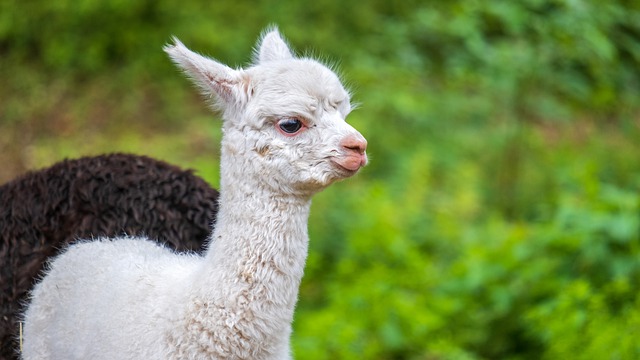 Baby Alpacas, in general, are called ‘Crias.’ Cria is a Spanish word for baby.

Going a little deeper, the males are called ‘Machos,’ and the females are called ‘Hembra.’ It is also important to note that the distant cousins of Alpacas, the llamas, and vicunas are also known as Cria.

Yeah, not just the adults, even the baby alpacas look similar to their distant cousins’ the llamas. In fact, it is quite tricky to identify them owing to plenty of similarities.

The best way to go about identifying them is to check their weight. Baby alpacas weigh anywhere between 8 to 9kg and are lighter than their distant cousins, the llamas. Apart from that, the baby alpacas have a smushed face and smaller ears when compared to baby llamas.

Humming: Alpacas generally humm when they are tired, curious, or worried. When it comes to a cria, they start humming when their mommy can’t be found anywhere in the vicinity.

Clucking: Clucking is an indication of an alpaca getting acquainted with the others in the herd. Unlike the babies, adult alpacas make the clucking noise when they mate.

Alarm cry: As the name suggests, an alarm cry is a distress call or an indication to stay alert. It’s interesting to note that this behavior isn’t commonly seen in the case of domesticated alpacas. Rather it is seen in the case of alpacas that freely roam around in the wild. 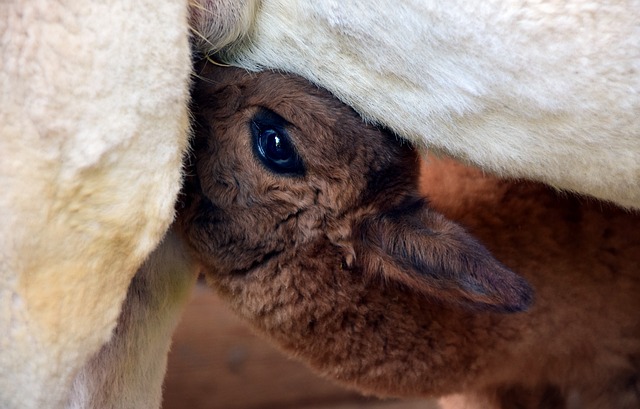 As said in the earlier sections, a baby alpaca gets on its feet almost 30 minutes after they are born and start to suckle. The mother’s milk with high calcium and phosphorus content and low sugar and fat are essential for its survival and health. And they survive solely on their mother’s milk for the first six months after birth.

You shouldn’t get yourself an Alpaca that’s less than six months old.

If you are planning to bring an Alpaca home, as a pet, make sure that you get one that’s at least six months old.

Also, you need to keep in mind that you cannot feed the baby crias milk from a goat or cow owing to the high-fat content in them.

Baby alpacas are capable of spitting like an adult

Yeah, baby alpacas are capable of spitting like an adult. Unlike an adult, they don’t spit to show their dominance; rather, they spit when they are threatened or irritated. Despite being a baby, its spit can be as slimy and stinky as that of an adult.

You need to be careful when you handle one!

Baby alpacas are inquisitive in nature 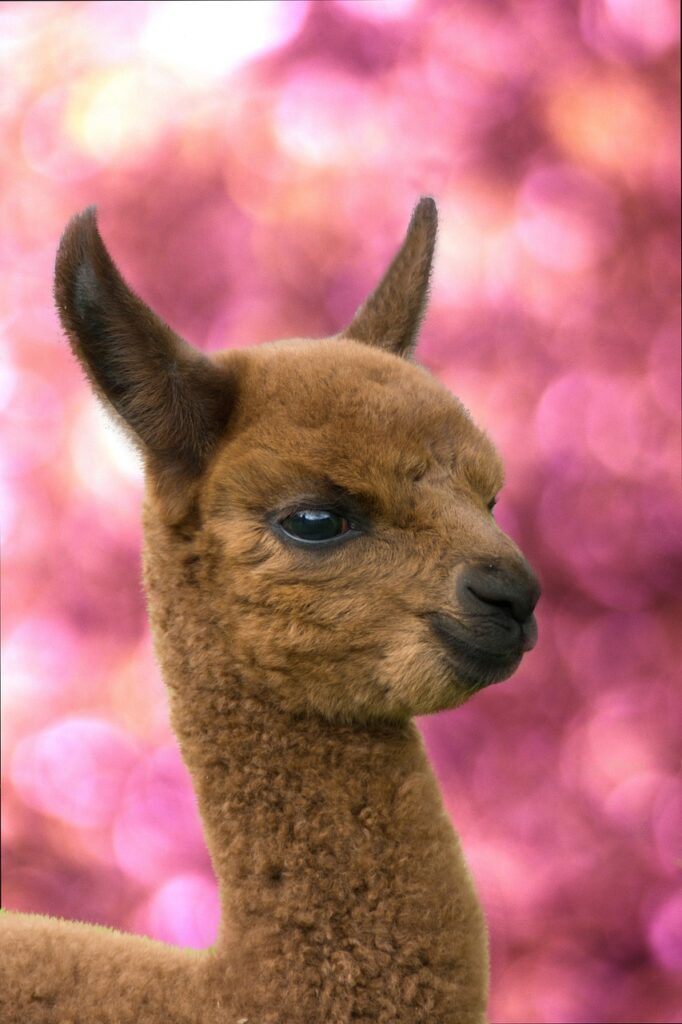 Similar to the adults, baby alpacas are curious animals. Since these babies stand up almost after half an hour of birth, they are capable of venturing out in a couple of days. It is rather interesting to see the babies finding their way around exploring the new world.

Alpaca mothers can be quite protective of their babies, and they don’t let their babies venture out of their vicinity.

If you see a baby alpaca out there alone, be careful when you approach them. Since these babies are known to be extremely curious, they will let you get close to them and freak out when you are near.

The chances are that their mothers will be somewhere close, and right after she hears her baby’s cry, she is going to charge towards you. That means trouble for you! If you aren’t lucky enough to get time to run, get ready to be sprayed up on!

Never feed fruits that are sweet to baby alpacas

Though it may appear as if fruits are safe to be fed to baby alpacas, they shouldn’t be.

As with all other animals, baby alpacas require enough time to adapt its digestive system to the food other than its mother’s milk. Introducing fruits out of the blue to their diet can cause excessive bloating and other digestive issues.

Alpacas have a gestation period of 12 to 15 months

A little hard to believe, huh? But yeah, baby alpacas remain in their mother’s womb for 12 to 15 months before they are delivered.

Unlike the other commonly seen pets that naturally trusts humans, alpacas do not. They are livestock animals, and it is their instinct to keep a safe distance from anything they perceive to be a threat. So is the case with humans too.

If you plan on bringing an alpaca as a pet, it is crucial that you get a baby alpaca and treat them with love. Because for them to be comfortable being around you, you need to earn their trust.

The bonding the alpaca develops with you, as a baby will help you in winning its trust.

Training an alpaca is a walk in the park 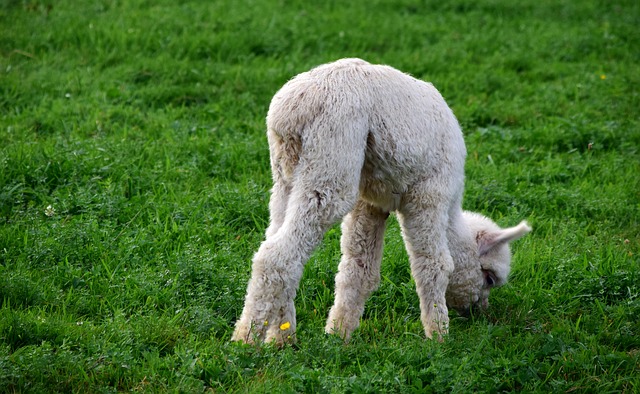 Alpacas are highly intelligent animals, and it is easier to train them. They are, in fact, the easiest to be raised and handled among all the livestock animals.

That being said, it is best to start training them from the time they are young. Because that is the time when you can easily earn its trust.

Taming an adult alpaca can be a bit difficult.

Though it may sound crazy, alpacas in the general potty train themselves. It doesn’t matter whether you have a heard of alpaca or a single alpaca as a pet, they would find a spot in the barn and relieve themselves. This makes cleaning an alpaca poop easier than cleaning the poop of other pets.

The cost of a baby alpaca varies a lot