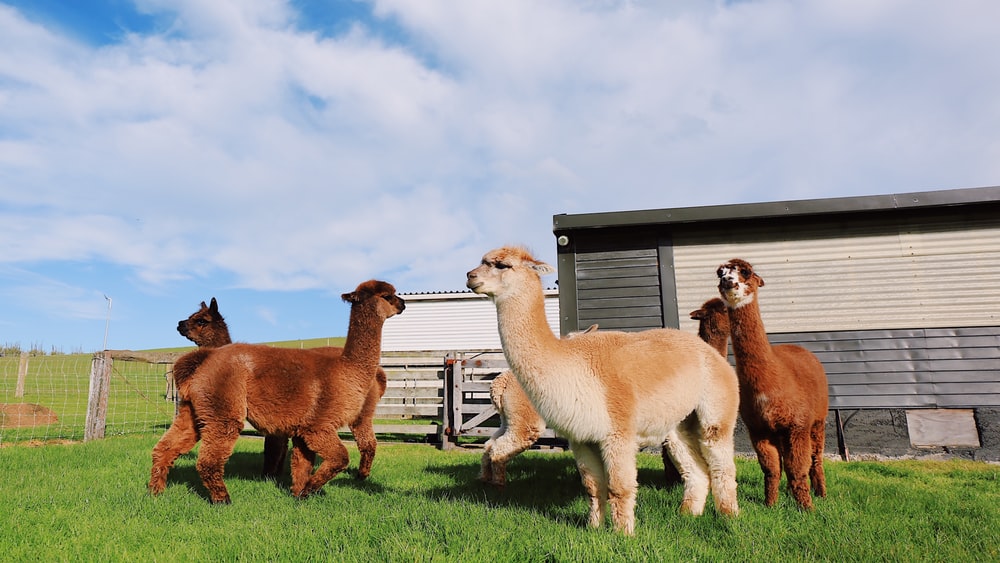 Alpacas are cute and furry camel-like creatures that are found mostly in South America. They’re known for their friendly nature and their fluffy hair over their bodies.

If you’re looking for names for these adorable creatures, here are some cute and funny alpaca names that you should consider using.

A funny name for an animal can always lighten up the mood because you’ll most likely end up chuckling when you say the name out loud. If you want to name an alpaca something funny, here are some names you should consider.

Each of the names listed below is based on puns of other names of people, characters, and movies.

Alpacino: Odds are, you’ve heard of the famous movie star Al Pacino. Well, now you can name an Alpacino, considering it’s a pun on the actor’s name.

ChewPaca: If you’re a fan of the iconic sci-fi film series Star Wars, you’ll be familiar with the character Chewbacca. For those of you who don’t know, Chewbacca is a gigantic bear-like creature called a Wookie. He’s also extremely hairy like alpacas, so naming an alpaca ChewPaca is a great way to honor the beloved character across the world.

Alpapella: This name is a pun of “a cappella.” A cappella is a form of music in which groups of people sing different melodies and riffs that come together to form a song. There are no musical instruments used in a cappella. The percussive sounds are also created through one’s voice.

Alpacinator: If you’re a fan of sci-fi films, you’ll appreciate this name. It’s a play on the name of the 1980s hit sci-fi film Terminator. You can expect your alpaca to be back every time it walks away from you.

Alpacalypse: This is a rather dark name because it literally references the end of the world. That said, if you’re a fan of dark humor, this name is a funny name that’s hard to forget.

If you’re still looking for more funny names for alpacas, here some you can use. 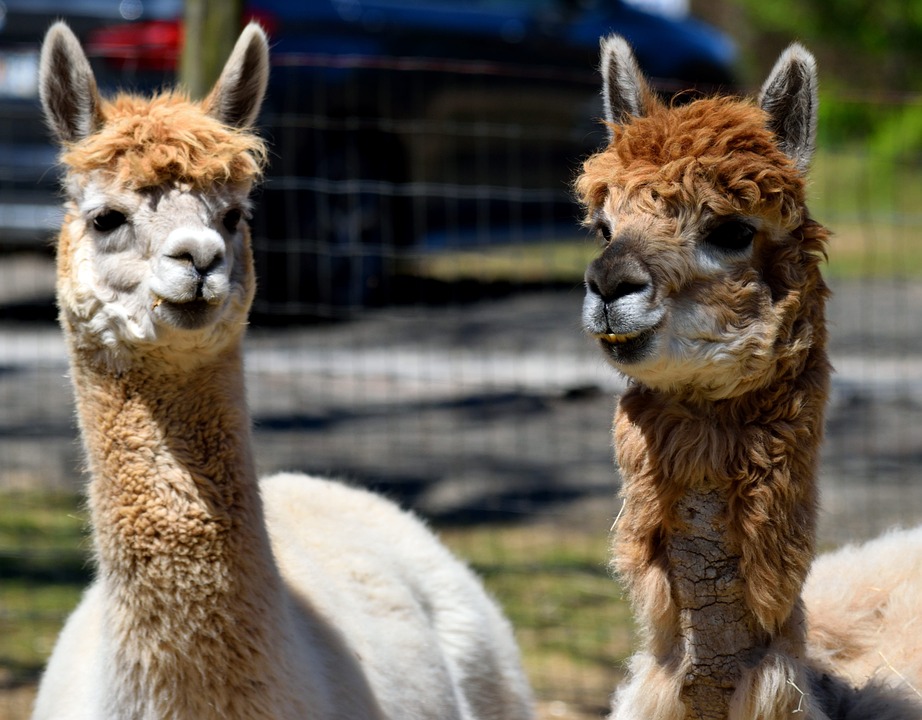 Alpie: This is a shortened form of alpaca, so why not give an alpaca that name? It also sounds similar to an existing and common nickname Alfie.

Fluffy: Out of all the animals, alpacas definitely have some of the most interesting kinds of fur on their bodies. The hair is curly, and it has a lot of volume, making the animal look very fluffy. Thus, making the name Fluffy an obvious cute choice for the animal.

Grumpy: Alpacas are known for being calm and friendly creatures. So, naming an alpaca Grumpy is an ironic play on the behavioral characteristics of the fluffy creatures.

If you’re looking for some cute names for alpacas, here are some more you should consider.

We consider almost all of the names in this article to be good. However, there is one name, in particular, that is funny and relevant to this category.

NotaLama: A llama is a mammal that looks fairly similar to an alpaca, but is a different species. The similarity between the two animals sometimes causes people to mix the names of the two. NotaLama is a blunt way of letting people know that an alpaca is, in fact, not a lama.

Names are subjective. What we may think is a great name may not be the same for others. That said, we picked some of our favorite cute and funny names for alpacas and have added them to the list below.

Here are some of the best alpaca names that you can use.

Most people like to name their animals according to the gender they belong to. Whereas on the other hand, some people are okay with naming their female pet George.

If you prefer naming animals according to their gender, here’s an exhaustive list of male alpaca names that you can choose from.

There’s no doubt that alpacas are fluffy creatures. Thus, here are some fluffy alpaca names you can consider using.

Fuzzy: The excessive fur on alpacas’ bodies make them rather fuzzy creatures. So, you could consider naming an alpaca after the way it looks and feels.

Furry: This name is another variant of the name mentioned above. Like Fuzzy, this is also a cute name for an alpaca.

Cloudy: Have you ever noticed that some white alpacas look like they have clouds over their bodies because of how their hair looks? Well, if you didn’t, you know now. Thus, Cloudy seems like an apt name for an alpaca.

Below, you’ll find a comprehensive list of girl alpaca names. If you’re looking for names for a female alpaca, here are some that you should consider using. You should note that you can use some of these names for any alpaca – male or female.

Homer: If you’ve watched the popular animated comedy TV series The Simpsons, you’ll be aware of how uncool one the main protagonists Homer Simpson is. Therefore, naming a relatively cool alpaca after that character is ironic and kind of funny too. That said, Homer was also the name of a popular philosopher, and his work and thoughts were pretty cool too.

Curly: A common type of alpaca found in South America is called Suri. These alpacas are known for having curly and fluffy hair, making Curly an apt and cute name for them.

ElPaca: This name is a pun of the Spanish word el (which means “the”) and alpaca. It sounds cute and funny as well.

Rosa: Other than Rosa being a popular Spanish name, it’s also the name of a rather cool character from the TV show Brooklyn 99. If you think alpacas are cool, you should consider using this name.

Camilla: This is the name of a young pop star, Camilla Cabello. If you’re a fan of the artist, you can’t go wrong naming an alpaca Camilla.

Hairy: Alpacas are pretty hairy creatures; they have long and thick fur all over their body. So, the name Hairy is an apt and stupid name for an alpaca.

Rudolph: Now, we realize that Rudolph is a reindeer, but this is a stupid names category, so this name is an appropriate addition to the list. 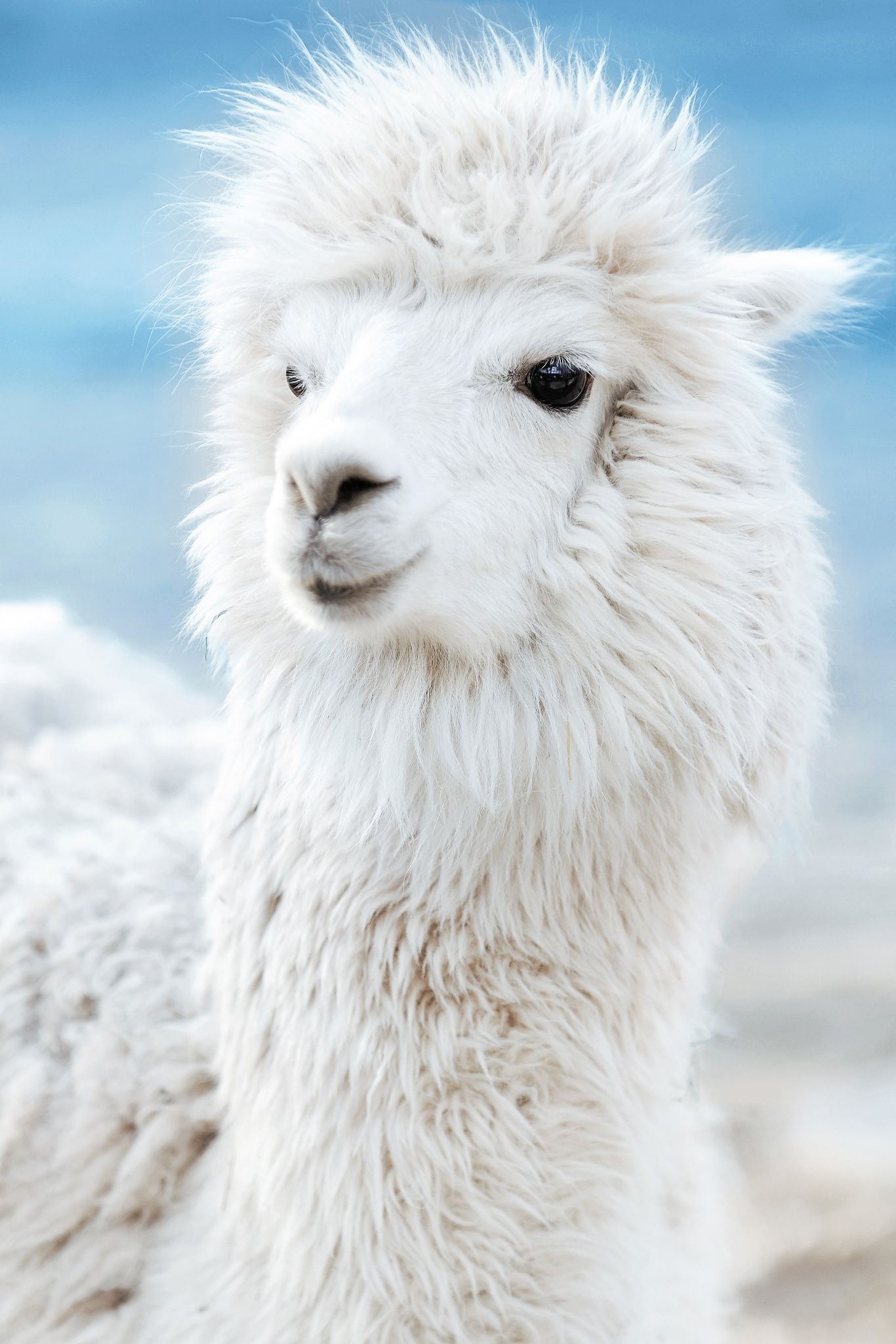 White Alps: The Alps is the longest mountain range in the world. It’s situated in Europe and is filled with snowy caps. So, White Alps seems a rather straightforward but apt name for a white alpaca.

AlpaCamel: Considering that alpacas are from the camelid family, red alpacas look a lot like short and fluffy camels. Thus, if you’re looking for a good name for a red alpaca, you should consider AlpaCamel.

Alpacas look like adorable clouds walking on this earth. So, if you’re looking for some great names for these creatures, you can choose from one of the above-mentioned cute and funny names for alpacas.