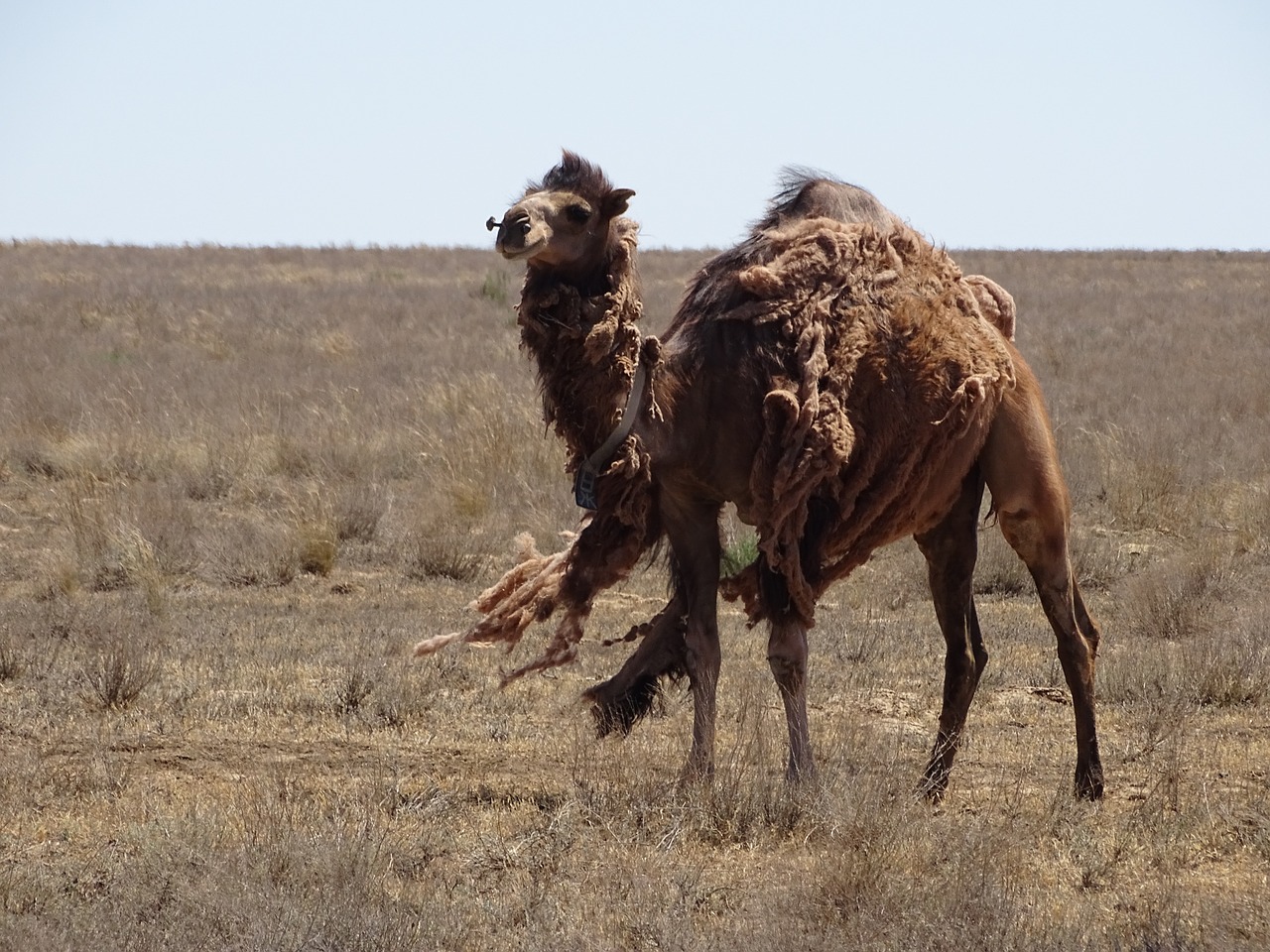 There are two kinds of true camels, the Arabian camel with a single hump, and the two-humped camel or Bactrian. The term dromedary is often applied to the Bactrian camel, but a dromedary is really a breed of one-humped camel that has been developed especially for riding and racing.

Bactrian camels are never correctly called dromedaries. Neither the dromedary nor the Bactrian has a hump at birth. The hump develops gradually as the camel gets older.

It is thought probable that neither species of camel now exists in the original wild state, although in some areas there are wild camels which are probably offspring of domesticated camels that escaped from captivity.

These animals were descended from a herd that was imported by the United States Government in 1856 and used as pack animals in expeditions across arid regions of the country.

This experiment was eventually abandoned, but for many years an occasional camel appeared in the area to startle inhabitants and travelers. Some of these reports are relatively recent, but it is not recommended that a camel-hunting expedition is organized on the assumption that herds of camels are still roaming the deserts of the west and southwest.

Although no true camels are native to the western hemisphere, they have relatives in South America-the alpaca, the llama, the vicuna, and the guanaco.

None of these animals has humps, but only a glance at their facial expression and their feet is required to see the similarity between them and the camels. Of these four “American camels,’, the llama and the alpaca are domesticated while the vicuna and the guanaco are found in the wild state.