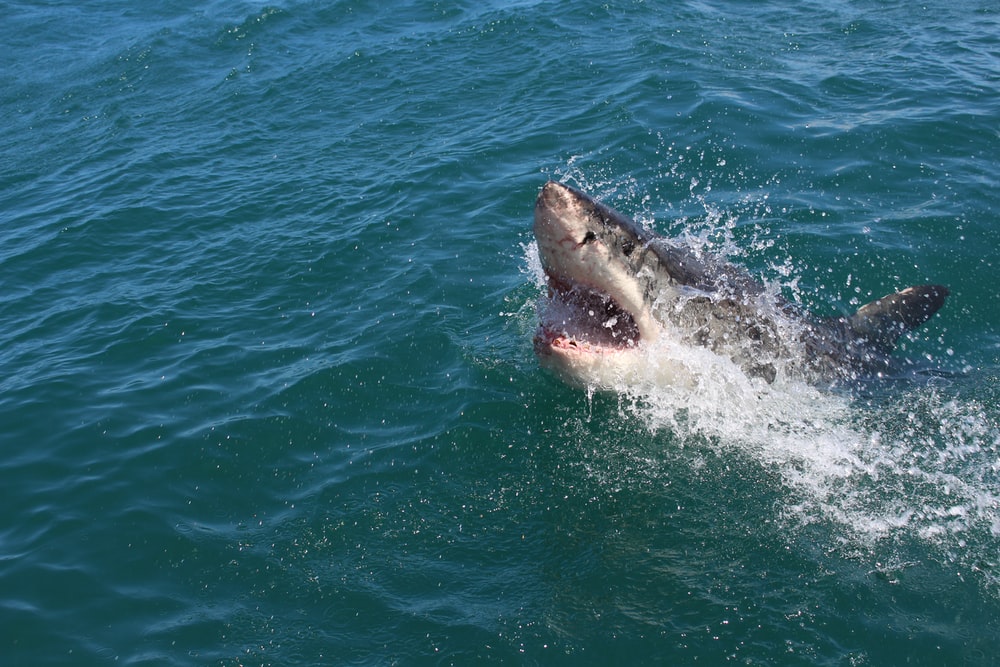 Sharks are magnificent sea creatures that vary greatly in size. You’ll probably never be able to keep a shark as a pet. However, if you ever have the opportunity to name some of these creatures, here are some cute and funny names for sharks that you can use.

When you think of a shark, feelings of fear and danger may come to mind. So, you can alleviate some of those dark thoughts by giving a shark a funny name. This will lighten up the mood, and you may get a laugh or two when you share the name with others. Here are some funny shark names you can consider.

Greg White: One of the most popular shark species out there is the Great White Shark. It is also the largest predatory shark in the world. It’s about 15 to 20 feet long, on average, and weighs about 4,000 to 7,000 pounds. It’s found in most of the major oceans and the world. If you’re naming a Great White Shark, be it a real one or a stuffed plushie, Greg White is a funny name that you can use.

Jawshua: Sharks are generally known for their large and scary-looking jaws. So, the name Jawshua is a play on the name Joshua, as it incorporates the word Jaw in it as well. The end result is a funny shark name that you can use.

If you’re still looking for more funny names for sharks, here are some that you can use.

Here’s a good shark name that is derived from the name of an iconic film that was released in the mid-70s.

Jaws: Jaws is an iconic thriller film that was created in 1975. It was directed by one of the most well-recognized movie directors Steven Spielberg. The film was based on the novel Jaws by Peter Benchley. The film received critical acclaim and has become a relevant part of popular culture as well – think about the theme being referenced in various other TV shows and films. If you’re a fan of the film or just like a short and easy name, you can’t go wrong with naming a shark as Jaws.

Here’s a cool shark name that you can consider using.

Small Teeth: A Great White Shark has about 300 small teeth in its mouth. What’s interesting about this fact, however, is that it doesn’t use those extraordinary numbers of teeth to chew its food. Instead, it uses these teeth to rip its prey into small pieces. The shark then swallows those pieces whole. Therefore, the name Small Teeth is cool because it’s derived from an interesting fact about the species.

Old Hitler: Old Hitler is a legendary hammerhead shark that existed in the Tampa Bay area. The fishermen in the area gave it that name because that deadly fish was a source of problems for many of them. If you’re looking for a good name for a hammerhead shark, you should definitely consider Old Hitler.

If you’re looking for female shark names, here’s an exhaustive list of names you can use.

Sharks are not creatures that you would generally associate cuteness with. That said, giving it a cute name can definitely change your perception of the creature.

If you’re looking for some cute names for sharks, here are some that you can consider.

Snappy: Sharks generally have large jaws that snap when they’re swallowing their prey. So Snappy is a cute and apt name for a shark.

Sleepy: Most sharks don’t sleep the way people do. They just have rest periods while they constantly swim. Therefore, the name Sleepy is cute and ironic for a shark. 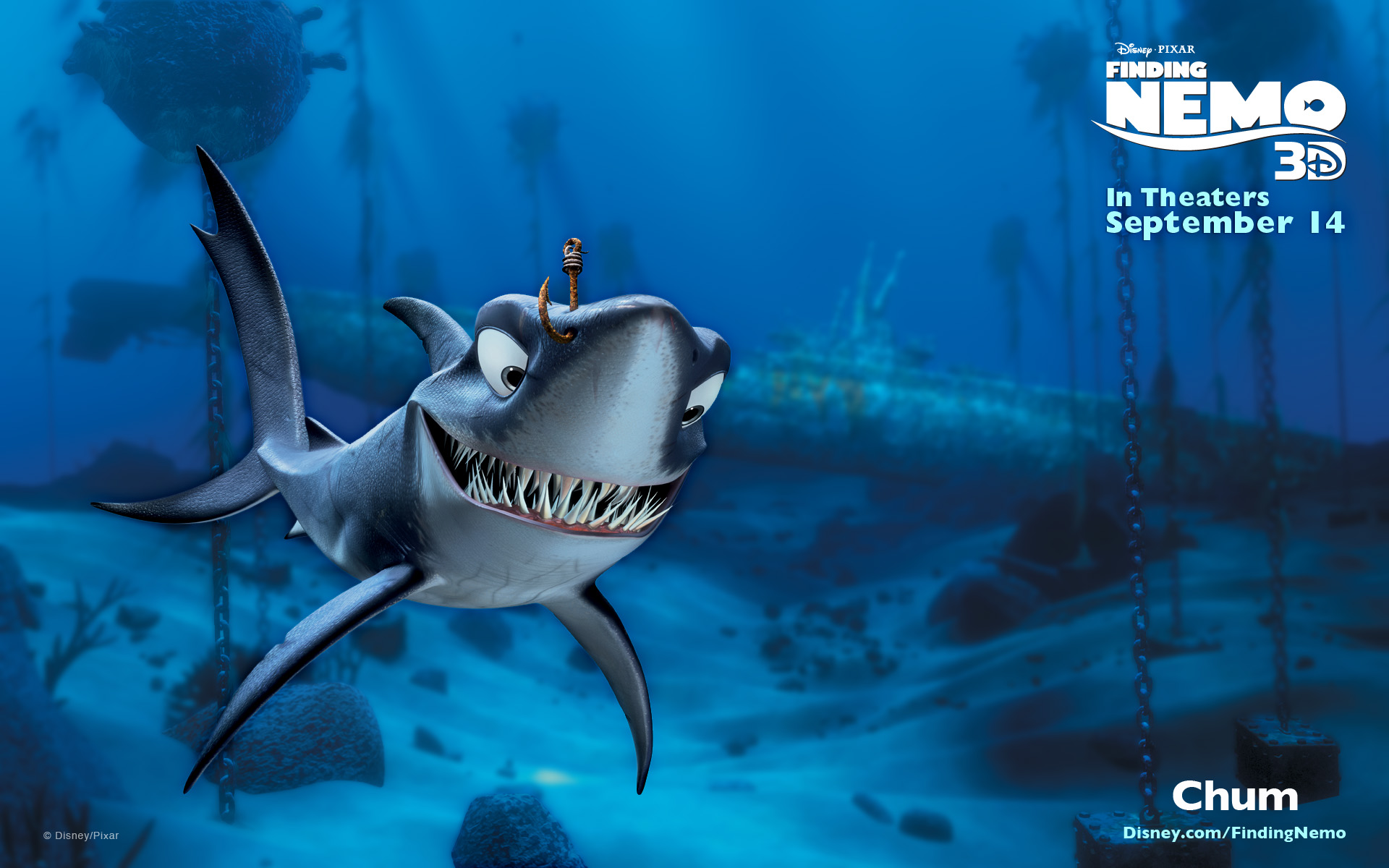 Chum: Chum is a Mako shark in the animated film Finding Nemo, which was released in 2003 by Pixar. Chum is a member of a support group of sharks that are friendly to fish. That said, he doesn’t like dolphins. If you’re a fan of Finding Nemo or if you’re naming a friendly shark, Chum is a name you must consider.

Doo Doo: The chances are high that you’ve heard the song Baby Shark by Pinkfong. The song was created for children and has a catchy rhythm to it. A part of this rhythm is achieved from the lyrics “doo doo,” as they repeat over and over again. So, you could consider taking inspiration from those lyrics and name a baby shark Doo Doo. It’s a silly name, but it’s also cute in its own way.

Jabberjaw: Jabberjaw is a comedic animated TV series that was created for children in 1976. The show was based on a shark, and it only ran for one season. Jabberjaw is a name worth considering even if you weren’t a fan of the TV show. 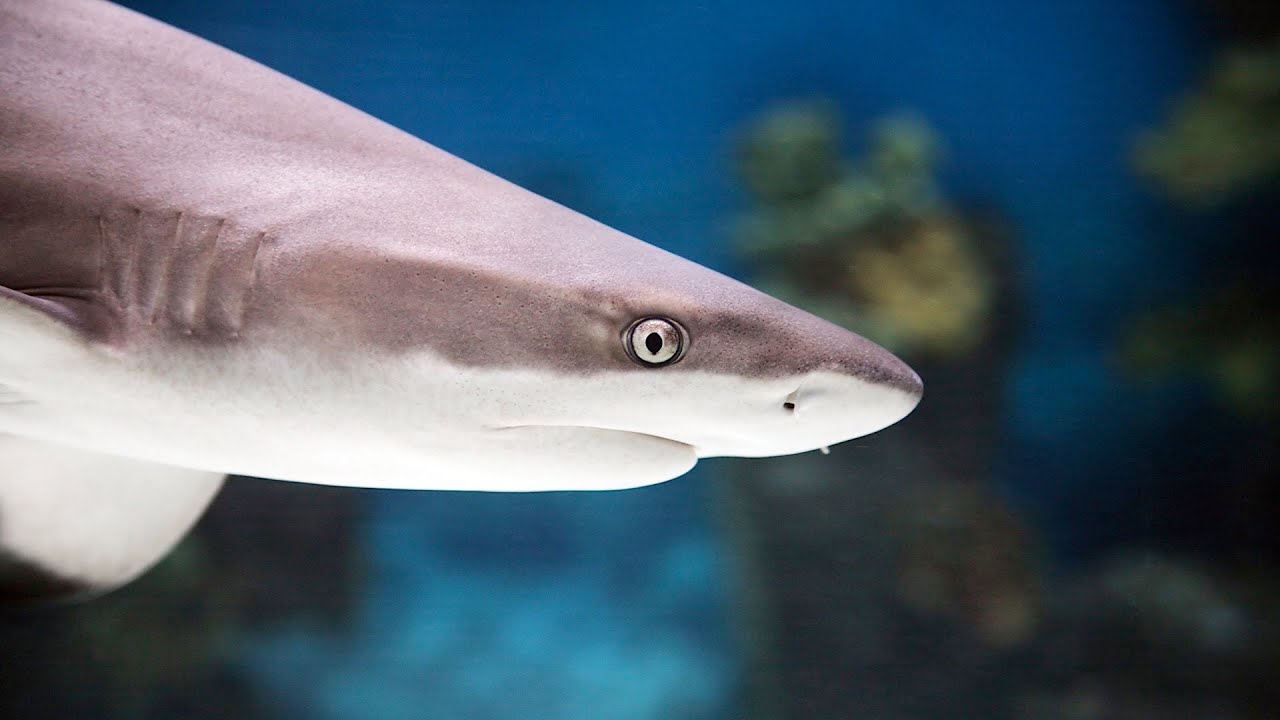 Here are some cute and funny name pet shark names that you can you use for a pet shark.

Man-Eater: In the film Jaws, the main shark is commonly referred to as a man-eater. Because of this, there’s a general idea that sharks eat people.

This cannot be far from the truth. Sharks rarely attack people.

Even if they do, it’s because they mistake a human being for another sea creature like a seal. They also simply “sample bite” humans and then release them. This shows that they don’t have the intention of eating human beings.

It’s about time that we began to accept sharks as regular living creatures instead of labeling them as killers. Therefore, the name Man-Eater is antithetical to what sharks really are. Hence, it’s a good ironic shark name that you can use.

Cookiecutter: a cookiecutter shark is a very small species of shark. It has a unique appearance with a large open jaw. It’s also known as a cigar shark. If you’re looking for a great and unique shark name, this is it.

Kingfish: This is also another type of fish. This name is apt for a shark because one could argue that since a Great White Shark is a great predator, it is the king of the sea.

It’s common for people to take gender into consideration when they’re naming an animal – this is for pets or otherwise. If you would like to give a male shark a male gender-specific name, here’s a long list of male shark names you can consider using.

Sharks are commonly misunderstood as deadly creatures that kill human beings and other creatures around them. It’s important for us to start seeing them in a different light. This way, we can love all creatures, allowing them to live peacefully in this world.

Giving an animal a name is a great way to show it some love. If you are looking for some cute and funny names for sharks, you can use the names we have mentioned above.