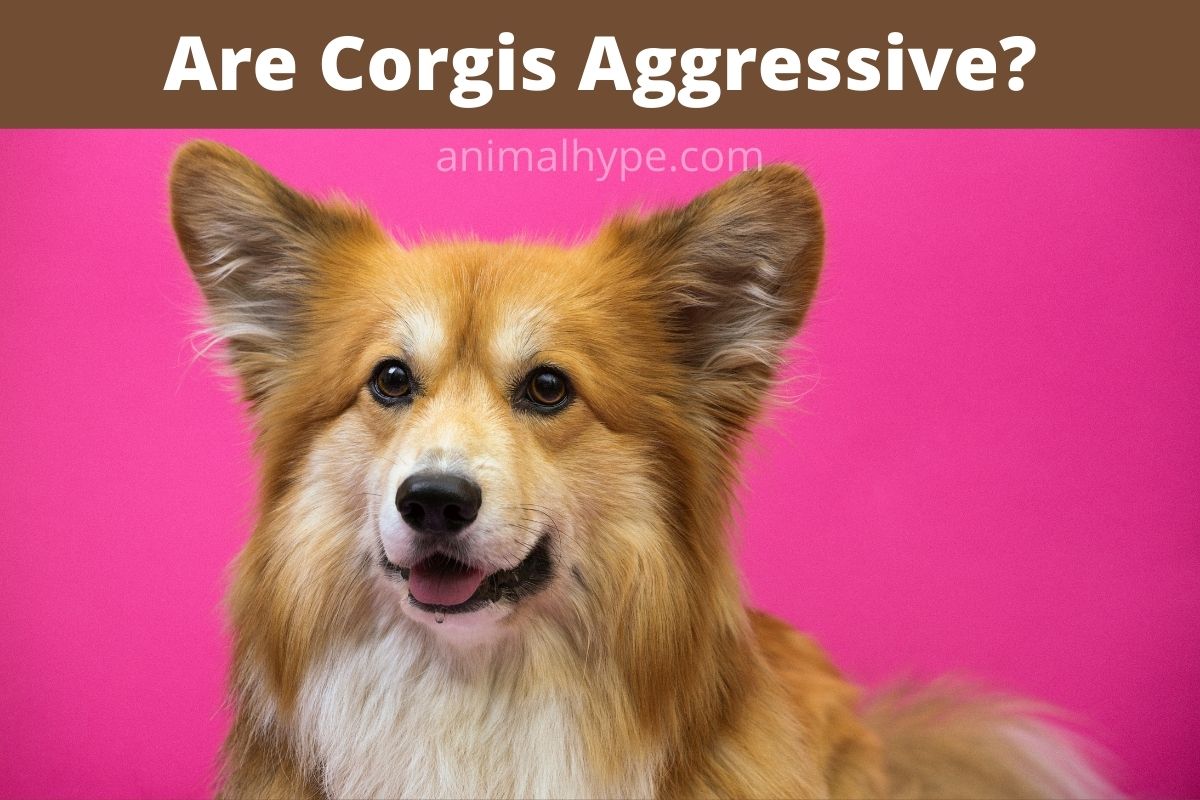 Corgis are an active, affectionate, and smart dog breed that are extremely loyal to their owners. Due to their intelligence and high trainability, these dogs are most sought after as household pets. However, some people are eager to bring home a Corgi but worry about having heard that they are aggressive. Such claims make them hesitant. But is there any truth to these claims?

Are Corgis aggressive? Yes, being herding dogs, Corgis can sometimes be aggressive. The extent of aggression in them is highly subjective and varies from one dog to another. However, as far as the Corgi dog breeds are concerned, these dogs are not vicious. With the right training, they can be very well-behaved.

Today, we are going to talk about the most probable reasons behind the Corgis’ aggression. We will also discuss how you can tackle an aggressive Corgi.

The Temperament Of Corgis

Corgis are primarily playful, energetic, and strong-willed dogs. Although these dogs do have an aggressive streak, they are not known for their aggression, unlike the Bull Terriers, Basenjis, or Saint Bernards.

They are loyal and loving pets that derive great pleasure in pleasing their owners. There have been very few instances where these dogs are known to bite or lash out. They are intelligent and hard-working dogs and can be trained easily.

Under normal circumstances, it is not likely for Corgis to display aggression. If your Corgi is displaying undue aggression, there might be a problem you need to tackle.

In the canine world, it is often seen that males are more aggressive than their female counterparts. They can get very territorial and difficult to deal with until neutered.

However, the power balance for the Corgis works the other way round. The female Corgis are more drawn to an alpha’s role than the males, who have quite a laid-back attitude and like to keep to themselves.

This doesn’t mean that the males are incapable of being aggressive. Proper training is as essential for them as for their female counterparts.

When Are Corgis Most Likely To Show Aggression?

Like us, the Corgis have individual personalities as well. Therefore, not all of them are triggered by the same things.

However, to speak more generally, the following are the common circumstances in which your canine pets are likely to behave aggressively:

The Corgis have a long history of being herding dogs to humans, which is why they are used to taking charge as they did with the cattle animals in the farms.

Being a herding dog demands a little bit of sternness and ruthlessness, which explains why these dogs like to control everything around them.

The need to establish dominance

The need to be the dominant one in the room probably finds its root back in their herding nature.

If you bring home a new dog in the presence of your Corgi, they are bound to feel threatened of losing their position as the favorite pet. Aggression is how they convey the fact that they’re still the first dog of the household.

Most animals, including humans, often turn to aggression when they feel frightened, and the same is true for your canine pet. However, fear is rarely the reason behind their aggression unless they have a traumatic history.

If you’ve brought your Corgi home from a shelter, you might want to check with them for the details about their past.

Common Signs Of Aggression in Corgis

It is fairly easy to find out if your Corgi is aggressive.

Here are the common signs that indicate your dog’s aggression:

Although Corgis are herding dogs, they are not always instinctively aggressive.

If your Corgi is displaying the aforementioned signs of aggression, one of the following factors likely has something to do with it.

Poor socialization is among the leading causes of aggression in Corgis. While they are friendly around most humans, they are untrusting other animals, particularly new pets, and can even attack them if you don’t keep them in check.

Corgis are playful and highly active dogs that need constant physical and mental stimulation. If they are not given enough playtime and engagement, they can end up being frustrated and bad-tempered.

If your Corgi is in any pain and discomfort, you cannot expect them to be their usual, cheery self. The inability to express their pain makes them more aggressive.

Psychological issues, such as phobias or separation anxiety, are not uncommon among dogs. If your pet is suffering from these, they will bark and whine more often and avoid human contact.

With a history of being herd dogs, the Corgis are strong-willed and territorial. If you fail to assert your authority over them, it will be impossible for you to handle them.

Do Corgis Bite A Lot?

Many people have brought forward the concern that the Corgis are ferocious biters. This, however, is not quite true.

In fact, it is the Corgi puppy that is more inclined to bite people than adults. But again, they do it only because they can’t understand that it is wrong. For them, it is just a playful gesture.

However, if these puppies are not trained at the right time, their biting habits might persist and can pose a threat to the family they are living in. To avoid such a problem, it is best to start their training to curb biting at a young age.

How Do Corgis Behave With Other Dogs?

Corgis are not generally aggressive towards other dog breeds. However, the way these dogs are raised plays a key role in their behavior towards the other dogs.

If you do not expose your Corgi to other dogs while growing up, they might get fearful or aggressive in front of unfamiliar dogs. However, if you get them to socialize with other dogs when they are young, they will feel much more relaxed in their company.

How Should You Handle Aggressive Corgis?

We understand that living with an aggressive Corgi can be tiring for anyone. However, there are different ways in which you can tackle their aggression to make them well-behaved.

If you train your Corgi properly, beginning when they are young, they are less likely to be aggressive. It includes lessons of socialization, for which you can take them to any local dog class in your neighborhood.

However, if your Corgi has been trained well and is still behaving aggressively, below are your alternatives.

Looking for the root cause

The first and foremost step to handle your aggressive Corgi is to get to the bottom of what is causing the aggression. As we mentioned in the previous sections, there can be many reasons for your pet’s aggression.

The first thing you can do is monitoring your pet closely for any apparent signs. If you can identify it, it will be fairly simple for you to eradicate it.

However, it is not always possible for the dog-owners to recognize the root cause, so we have suggested the next option.

As we discussed in the earlier sections, Corgis often behave aggressively when suffering from pain or illness. While you might not be able to figure that out by yourself, your vet has been trained to do exactly that. Therefore, visiting your vet might be a good idea.

If your Corgi is really suffering from an ailment, the vet can treat it effectively. This should decrease their aggression considerably. However, if the problem is not medical, you have only one choice.

There are many professional dog behavioral experts out there who are experienced in handling aggressive or difficult dogs. These experts have several techniques and practices to help your dog behave in a better, calmer manner.

Do Corgis get along well with cats? Yes, Corgis are usually friendly with cats once they get to know them. However, their first encounter might be awkward. Again, some Corgis might react better to cats than the others.

Do Corgis bark a lot? Yes. Corgis are among one of the more vocal dog breeds, which is why they bark a lot. In fact, their biting habit is what makes most people believe that they are an aggressive breed.

To answer your original question: yes, Corgis do have an aggressive streak. But they are also loving, loyal, and playful dogs that be very well behaved if they have received proper training while growing up. Moreover, training these dogs is easier than you would think.

Being herd dogs, they have a knack for intelligence. If you’re able to assert your authority over them at the right time, they will gladly listen to you.