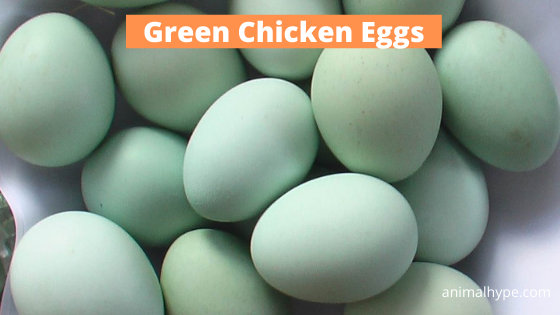 Did you know that there are hundreds of different chicken breeds in the world? It shouldn’t be difficult to comprehend the fact that not all of them lay regular, white-colored eggs. All of us know about the chicken breeds, which lay brown eggs, such as the Australorps, Golden Comets, Rhode Island Red chickens, etc.

But how many of you have heard of chickens laying eggs that are neither white nor brown in color? There are certain chicken breeds that lay blue eggs, green eggs, and black eggs as well. These exotic-looking eggs are used for eating just the regular ones. However, they are also used as decorative pieces, especially during festivals and other celebrations.

Sounds fascinating, doesn’t it? In this article, we are going to know in-depth about these chicken breeds, understand their egg-producing capabilities, and find out if they can be kept as a backyard pet. 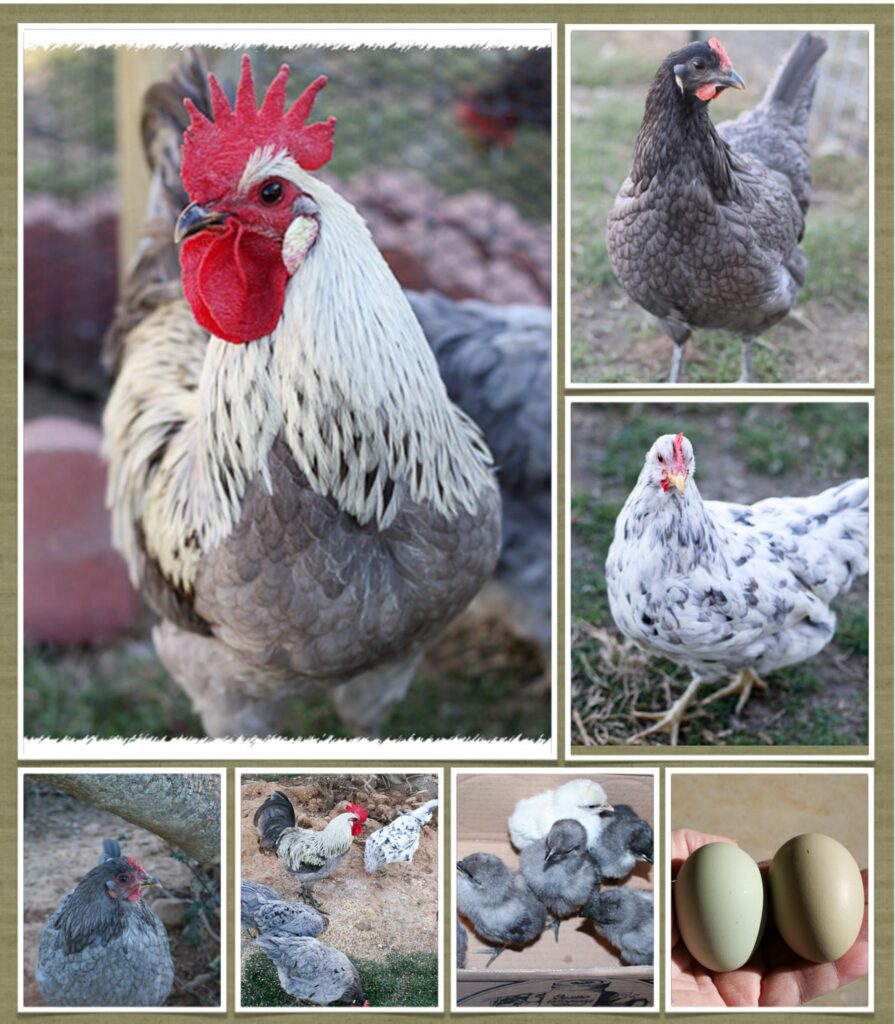 Also called the Blue Isbar, Isbar is a chicken breed that originated from Sweden around the 1960s. The credit of their breed’s development goes to Martin Silverudd, a Swedish monk who intended to create a breed of auto-sexing chickens who laid colored eggs.

It is believed that he wanted to give these chickens blue color. However, unfortunately, Silverudd passed away before this could be achieved.

Despite it, the Isbars turned out to be a beautiful chicken breed. They were created by cross-breeding the New Hampshires, the Cream Legbars, and the Rhode Island Reds.

They are large fowls who weigh around 5-7 pounds, with the male and female of almost the same size and weight. While most of the Isbars are black-colored, you can also find some of them to have a blue or coppery shade. They have a single comb.

The Isbar hen lays about 200 green eggs in a year. Their eggs vary in shades of green (mossy, coppery, or dark green) and sometimes have brown freckle-like spots on them. The size of each egg is somewhere between middle to large.

Isbar chickens make great pets. They are quite sturdy and can survive in all kinds of climate. They are smart and mix well with humans. Baby chicks can initially be skittish, and grow calmer within months. 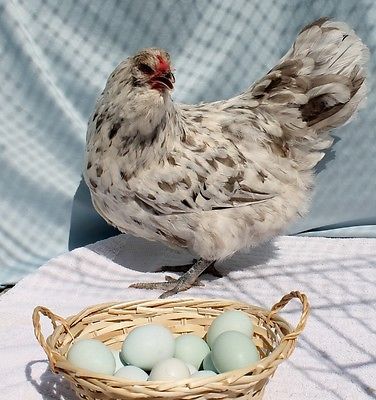 The Favaucanas are a relatively new breed of chicken that originated in the United States. They are hybrid species created by cross-breeding the Faverolles and the Ameraucanas.

While the former lays brown eggs, the latter’s eggs are blue in color, and, as a result, their cross-breed lays green-colored eggs. The Favaucanas do not have the formal recognition of the American Poultry Association (APA) or the American Bantam Association (ABA).

The Favaucanas are large chickens, with their weight ranging between 5 to 8 pounds. Both males and females are about the same size. They have a coppery brown body with a small beak and a pea comb.

Due to their unique parentage, these birds can withstand both hot and cold climates with ease. Their eggs are said to have a sage green color. Due to insufficient information, we don’t have an estimate of the number of eggs they lay every year.

In temperament, the Favaucanas are shy and reserved. They make great pets, but if you already have other chicken breeds as pets, bringing them home might not be a great idea. Other chicken species often bully these chickens. 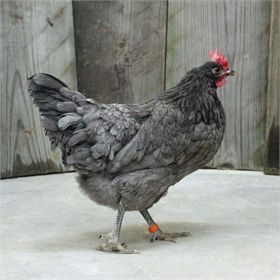 These chickens have either blue or black body. They can easily adapt to every climate like their parents and can make great backyard pets. We don’t have an estimated egg count for them, but it is probably between the range of 180-200 eggs in a year. 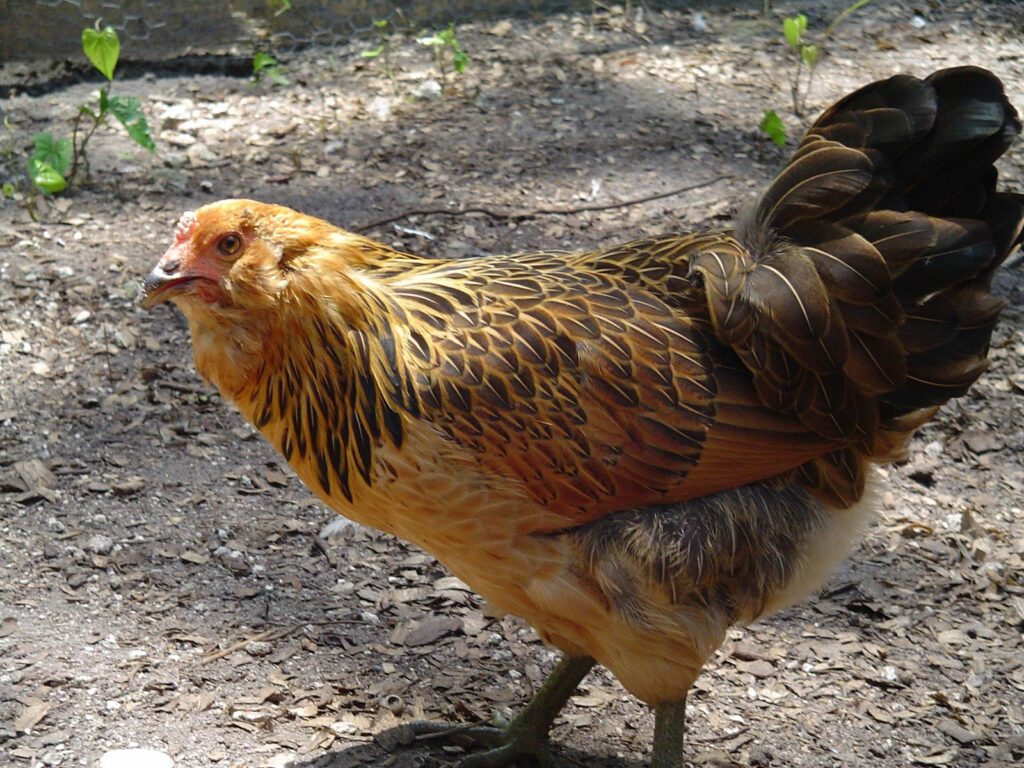 The Easter Eggers have been named after the Easter festival, in which eggs are painted with bright colors and used as a decoration. But why have these chickens been named after Easter? It is because they are said to have what is “rainbow genes” and can lay different colors of eggs, such as pink, brown, blue, green, etc.

Due to their mixed parentage, all Easter Egger chickens look different from each other. Therefore, it is difficult to mention any physical trait or characteristic that is common to all of them. The Easter Eggers do not have the formal recognition of the American Poultry Association (APA) or the American Bantam Association (ABA).

The Easter Eggers are fiery and super friendly with humans as well as other chicken breeds. If you are thinking of getting one for your backyard, you can go ahead by all means. However, if you are specifically looking for chickens that lay only green eggs, Isbars are a much better choice. 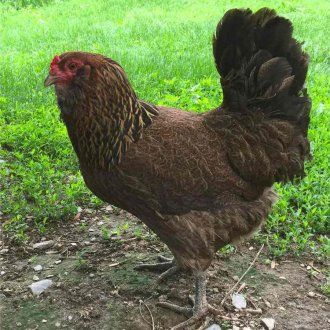 As is evident from the name itself, the Olive Eggers are the offspring of Easter Eggers. But which breed is their other parent? Oliver Eggers can be created by cross-breeding the Easter Eggers with the chicken species that lay dark brown eggs, such as the Barnevelders or the Marans.

These offsprings produce eggs that are olive in color and are, thus, called Olive Eggers. If you have a brown egg-laying chicken breed, you can buy the Easter Eggers and get them to cross-breed at home itself to create the Olive Eggers.

Little is known about their egg production capabilities, but we can be certain that they lay no less than 150 eggs in a year. Just like the Easter Eggers, these chickens also lack the recognition of the American Poultry Association (APA) and the American Bantam Association (ABA).

What makes the eggs of these chickens green?

All the eggs inside the hens are initially white in color. When the egg passes through the oviduct, the green egg-laying chicken breed’s genes release a pigment that makes them green. The process is more or less similar to the dyeing. As a result, a green egg is laid.

Do a chicken’s ears determine the color of their eggs?

The myth that the color of a chicken’s ears determines their eggs’ color has been popular for a long time. However, this has no relevance to the truth.

The color of a chicken’s ears has nothing to do with the color of its egg; it has no role in egg formation or coloration. Moreover, many of the blue egg-producing chickens have red ears, and the Silkies, who have blue earlobes, lay white eggs.

Expecting a chicken to lay eggs of the color of their ear has no logical explanation and is, therefore, baseless.

Does the rooster alone determine the color of an egg?

Certainly not. If that was true, there would be no hybrids in the world of the chickens. The hybrid chickens inherit the traits of both their parents. Take the example of the Ice Cream Bar Chickens. They inherit the genes of both the blue egg-laying Cream Legbar as well as the green egg-laying Isbar. Thus, the eggs they lay are bluish-green in color.

How is a green-colored egg different from the other eggs?

The only difference between a green-colored egg and any other egg is of its color. The color of the egg can change little about the egg itself. It has no effect on the egg’s taste or nutritional value.

The taste and quality of an egg depend upon the diet and lifestyle of its parent chickens and not its color. If the chicken is healthy and eats plenty of nutritious food, its eggs are bound to be of the best quality without a doubt.

Therefore, if you have recently started eating green eggs and notice a difference in the taste, shape, or size of it, the root of the problem is the mother hen and not its color.

Does the egg of a stressed hen look any different from the regular eggs? Yes, stress can have a major effect on the egg. If the mother hen is distress while laying the egg, its shell will appear to be a lighter shade than the other eggs. At times, stress can cause damage to the shell or even the whole egg. Therefore, in order to get healthy eggs, it is essential to keep the hen healthy and happy.

Can a single chicken breed lay eggs of more than one color? Yes, it is possible for a single chicken breed to lay different colored eggs, and the Easter Eggers are the perfect example of it. Create by the cross-breeding of the blue and brown egg-laying chicken breeds, the Easter Eggers inherit a “rainbow gene”, which enables them to lay eggs of different colors. If you have these chickens as pets, your egg basket will always look colorful.

Can any chicken breed lay purple-colored eggs? No. So far, there is no recognized chicken breed that is capable of laying purple chickens. Some eggs do appear purple right after they are laid. This is because of the protective layer around the egg, called the bloom, which keeps it fresh. However, when you wash it off, you will find the egg to be white or brown.

To sum it up: Chicken Breeds That Lay Green Eggs

To conclude, let’s do a recap of all the chicken breeds that can lay green eggs: the Isbars, the Favaucanas, the Ice Cream Bar chickens, the Easter Eggers, and the Olive Eggers. Although they all lay green eggs, each egg can be distinguished from the other due to some of the other unique features or coloration. Very soon, we might encounter more green egg-laying chicken breeds as well.