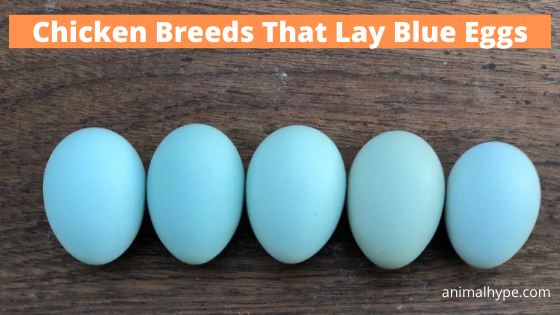 When you visit the local grocery store to buy eggs, what are your choices? White eggs, the most obvious choice, and, if you are lucky, you can even find some brown eggs. Some markets keep a permanent stack of brown eggs to add more variety in their store.

After all, these eggs have uses besides eating as well. Some people, when they organize a house party, keep their egg basket on the countertop for a decorative display. But while some of these baskets contain eggs in the shades of white and brown, there are baskets that contain blue eggs as well.

Are you wondering how these eggs are different from the regular white ones? Or is your concern about the safety of these eggs for your health?

Whatever your questions are, they will be answered very soon. In this article, we’re going to discuss in detail about the chicken breeds that lay blue eggs, and everything you need to know about these eggs. 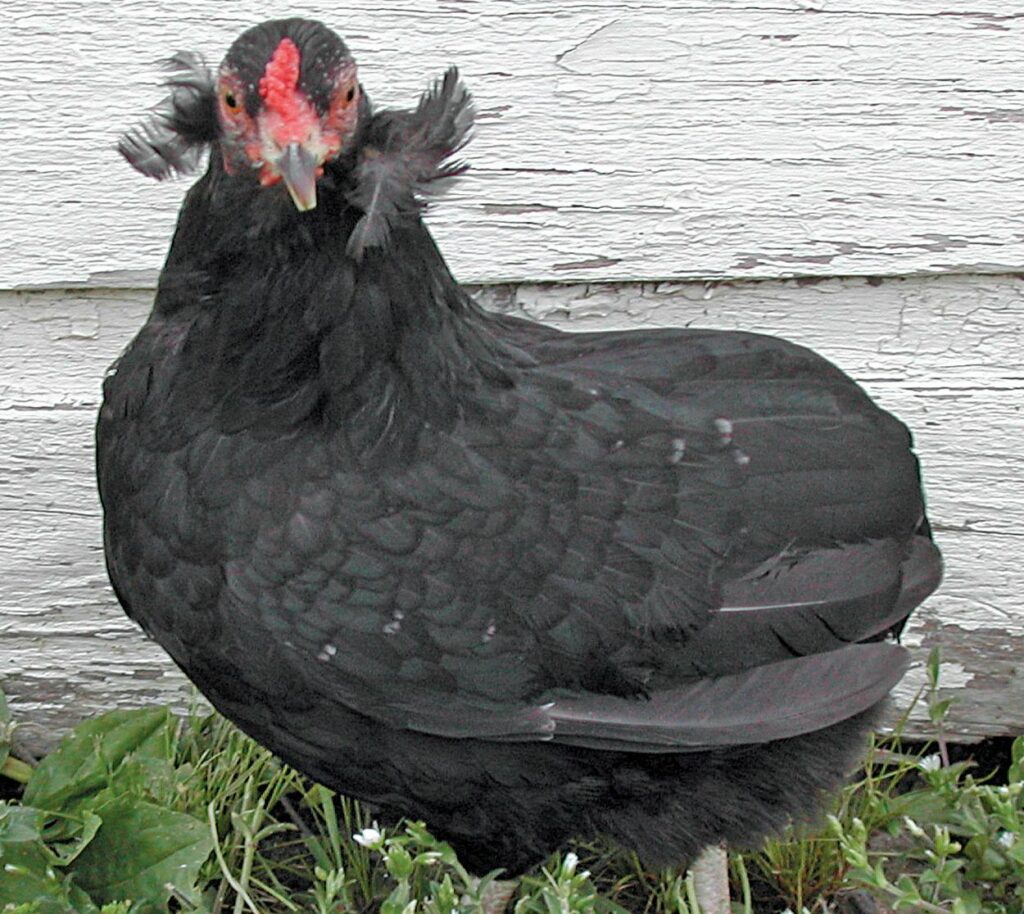 Native to Chile, South American, the Araucana chicken, is an ancient breed of domestic chicken with an unusual appearance that easily distinguishes it from the other chicken species. Araucana chickens got their name from the Araucania region of Chile, where these chickens are said to have been originated.

These chickens have long, feathered tuft near their ears, which is also called “peduncle”. All Araucana chickens are born with peduncles; it is not something that they develop as they grow.

Another important feature of their body is the absence of a rump, which has led to them being called “rumpless” in some regions. They also have a small pea comb like the Silkies. The pea comb protects them against the harsh winter climate. On average, these chickens weigh about 4-5 pounds, with the males being slightly heavier than the females.

It is believed that the Araucana chickens were born from the cross-breeding between the Colloncas and the Quetro chickens back in the 1880s. Dr. Ruben Bustos was the brain behind it.

The Colloncas chickens were rumpless and laid blue eggs, while the Quetros had ear-tufts, a full tail, and laid brown eggs. Consequently, they have ear-tufts, lack tail or rump, and lay blue eggs. In 1976, the Araucanas were accepted as a breed by the American Poultry Association. They can lay about 220-250 eggs in a year.

You won’t see many Araucanas around because these chickens are a rare species. This is because the tuft genes are lethal and often kill many chicks within the egg-shell. Only some lucky chicks survive.

Although these rumples chickens look very adorable, it is not a good idea to keep them as your backyard pet. This is because they are not the friendliest among all the chicken species. They like to keep to themselves and do not mix well with other breeds. 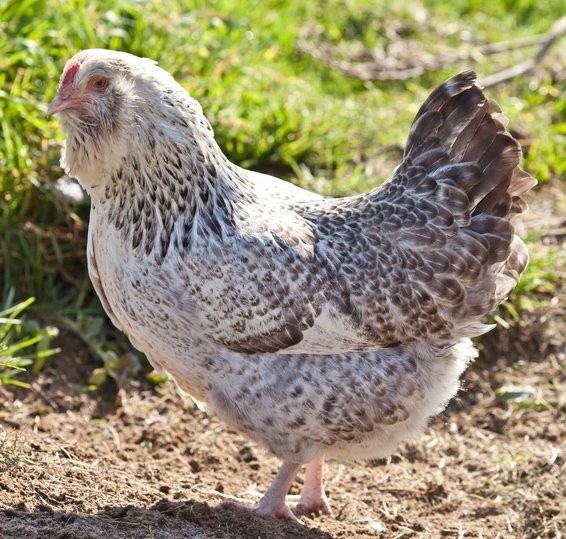 Like we mentioned in the last section, the American Poultry Association admitted the Araucana chickens as a breed in 1976. Before 1976, the American agricultural scientists had a different idea of the perfect Araucana.

To create the Araucana they had envisioned, they experimented with the cross-breeding of the Araucanas with several American chicken species. This is how the Ameraucana chickens came into existence. Due to their parentage, these chickens are also called the “American Araucana chicken”.

The Ameraucana chickens have a pretty blue-greyish feathered body. They have a full feathered tail, a pea comb, muffs, and a feathered beard. Their legs are blue, with the bottoms being white.

They lack the lethal tufting gene that is the cause behind the declining population of the Araucanas. Both the male and the female weigh about the same, around 5 and a half pounds. In nature, they are slightly friendly but mostly docile. Just like their parent (Araucana chickens), they can lay blue eggs as well. However, their egg production capacity is slightly lower than that of the Araucana chickens; these chickens can lay about 180-200 eggs in a year.

The Ameraucanas were formally recognized by the American Poultry Association (APA) in 1976 and the American Bantam Association (ABA) in 1984. Due to their docile nature, these chickens are easy to keep as backyard pets. They are people-friendly and can tolerate confinement, but it is best to let them free-range once a day. 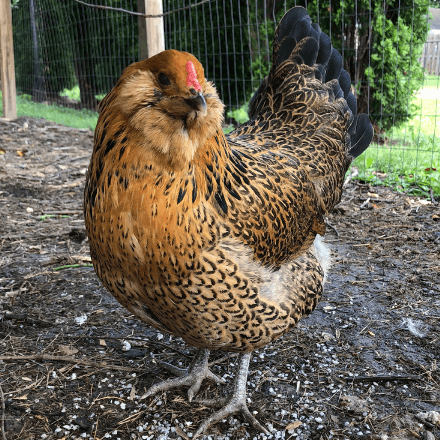 The Easter Eggers are born from the cross-breeding between the Ameraucana or the Araucana and any other chicken breed that produces brown eggs. Therefore, not all the Easter Eggers are capable of producing blue eggs; some can lay green, brown, or even pink eggs.

Due to their mixed and uncertain parentage, it is difficult to define the physical traits of the Easter Eggers. All Easter Eggers look different from each other and have different features: some are rumpless, some have a feathered beard, some have blue feathers, while others are red or black.

The Easter Eggers make great backyard pets. However, if you expect to get blue eggs, you should go for an Ameraucana or an Araucana instead.

If you cross an Easter Egger with a dark brown chicken breed, such as a Barnevelder or a Marans, the chicken born will produce olive-colored eggs. These Easter Eggers are called Olive Eggers. 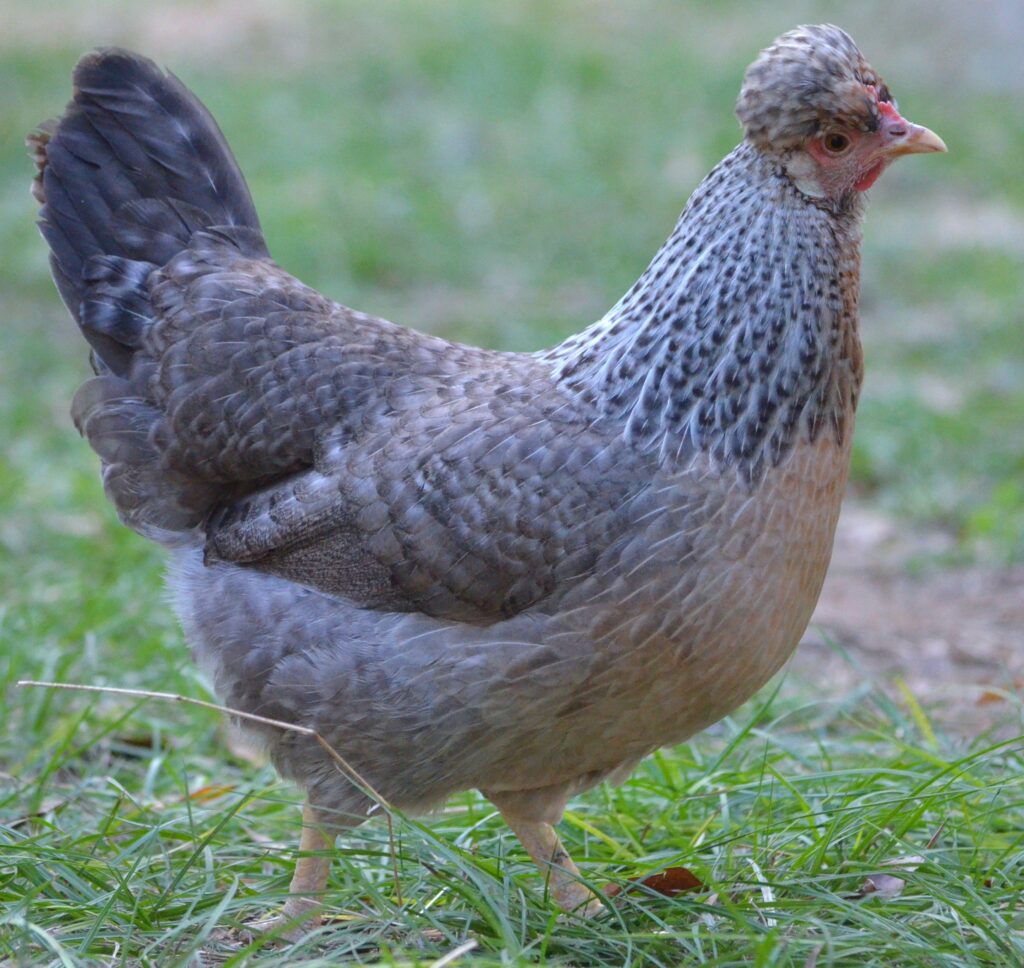 The Cream Legbars are a relatively recent addition in the world of poultry. The credit for this breed goes to the two Cambridge professors, Michael Pease and Reginald Crundall Punnett. These professors were working with chicken genetics at the time and wanted to create an auto-sexing chicken.

The Cream Legbars are born from the cross-breeding between the Cambars, the Leghorns, the Barred Plymouth Rock chickens, and the Araucanas.

They have reddish-orange eyes, a small crest, and an extended comb. These chickens are quite large in size, muscular in build, and great at foraging. The males are about six and a half pounds in weight, slightly heavier than their female counterparts. Their legs are long, yellow, and feather-less, with well-spread toes.

The Cream Legbars can lay about 180-200 eggs every year. The color of their eggs ranges between blue to green. If you’re willing to get a Cream Legbar as a pet, you wouldn’t be disappointed. They are very friendly and active. 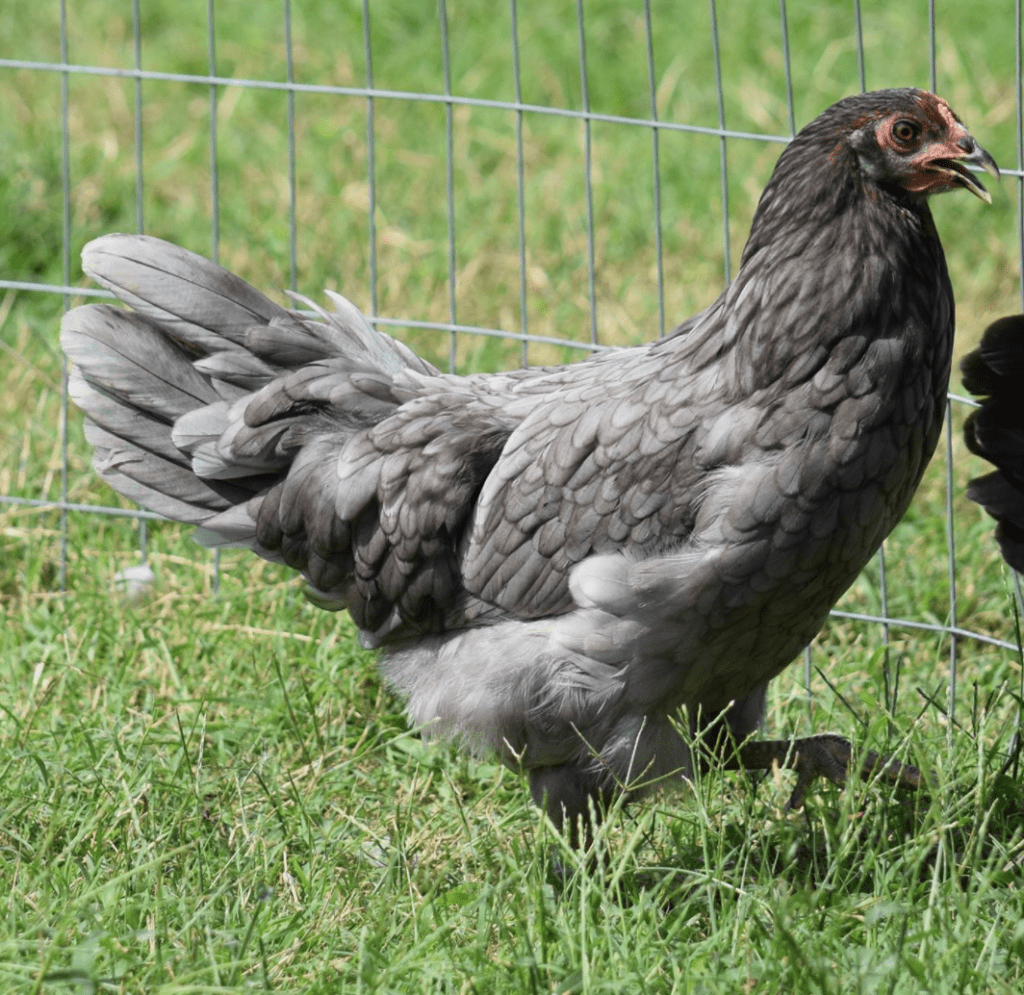 The Whiting True Blue chickens are named after Dr. Tom Whiting, the creator of this species who lives in Colorado. While creating them, Dr. Whiting had two main objectives in his mind: he wanted these chickens to have the best quality hackle feathers and lay blue-colored eggs. Thus, these chickens meet both requirements.

The Whiting True Blue chickens were created by the cross-breeding of the Araucanas and the white Leghorns. As a result, these birds have beautiful feathers that are dark near their head and get lighter towards the tail. They come in various colors: red, brown, blue, black, etc. They can lay about 200 eggs in a year.

As backyard pets, the Whiting True Blue chickens are quite amazing. They are active, more alert than most of the other chicken species, and grow up very soon. They are also very friendly with humans and love to spend time around them. 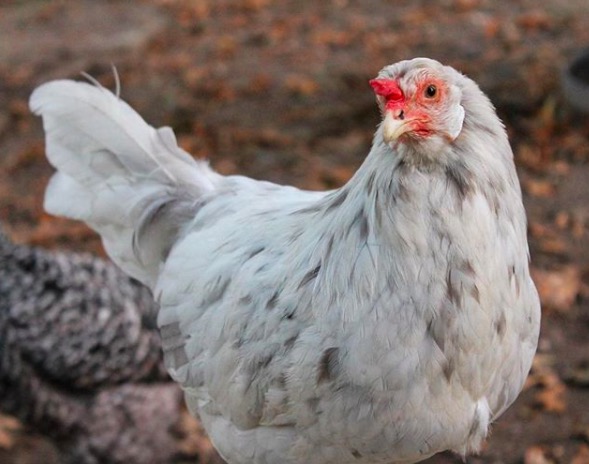 The Arkansas Blue chickens are an experimental breed developed in the University of Arkansas-Fayetteville by Dr. R. Keith Bramwell. While their parentage is the same as that of the Whiting True Blue chickens (Araucanas and white Leghorns), these chickens look more like the Sumatra chickens; they have a pea comb with yellow legs and skin.

Although they are the offspring of the Araucanas, they don’t have their ear-tufts or muffs. All they have received from this side of lineage is the ability to lay blue eggs, and they do this efficiently. The Arkansas Blue chickens can lay about 250-350 eggs in a single year.

These chickens have not yet been formally recognized by the American Poultry Association (APA) or the American Bantam Association (ABA). They are not well-suited to be kept as backyard pets. They don’t mix well with humans or other chicken species and are panicked easily.

The Lushi and the Dongxiang chickens 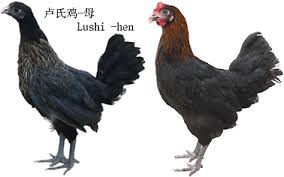 Both the Lushi and the Dongxiang chickens belong to China. Very little is known about these species.
The Lushi chickens are a single comb breed that is smaller in size than the other chickens.

The males weigh about 4 pounds, while the females weigh 3 pounds. These chickens can lay both pink as well as blue eggs, a trait which is also found in the Easter Eggers. There could be a genetic relationship between the two. But due to a lack of evidence, it remains a mystery.

The Dongxiang chickens are similar to the Indonesian breed of Ayam Cemani in appearance. They have a fibromelanistic gene that makes feathers, skin, muscles, and organs black. While the chickens are entirely black in color, their eggs are sky blue.

The Dongxiang chickens have not been found anywhere outside of China yet. There is not enough information about them to give an estimate of their egg-producing capabilities.

What makes the eggs of these chickens blue?

All the eggs are initially white. The process of coloration begins in the uterus, borrowing the dye (protoporphyrin) from the hemoglobin.

However, in the blue eggs, the process is quite different. At the beginning of the egg-shell formation, oocyanin, a liver pigment, starts to mix with the calcium carbonate. The eggs are, therefore, blue from both inside and outside.

How are blue eggs different than the regular white ones?

Many people seem to think that just because the blue eggs look different, they will taste different as well. This, however, is not true.

Contrary to popular belief, the taste of the egg has nothing to do with its color. Almost all the chicken eggs taste more or less the same. Whatever difference you can notice is due to the health and diet of the chicken, and not of its color.

Just like white or brown eggs, blue eggs are also safe for human consumption. There’s a common myth that the blue eggs have a lower amount of cholesterol. However, this fact has been denied by the Scientists.

Blue chicken eggs were around from the ancient time. However, it was numbered due to the lethal genes of the blue egg-producing chickens. Agricultural scientists have now found a way to create a safer way of getting blue eggs. In the future, we are bound to see new species who lay blue eggs.