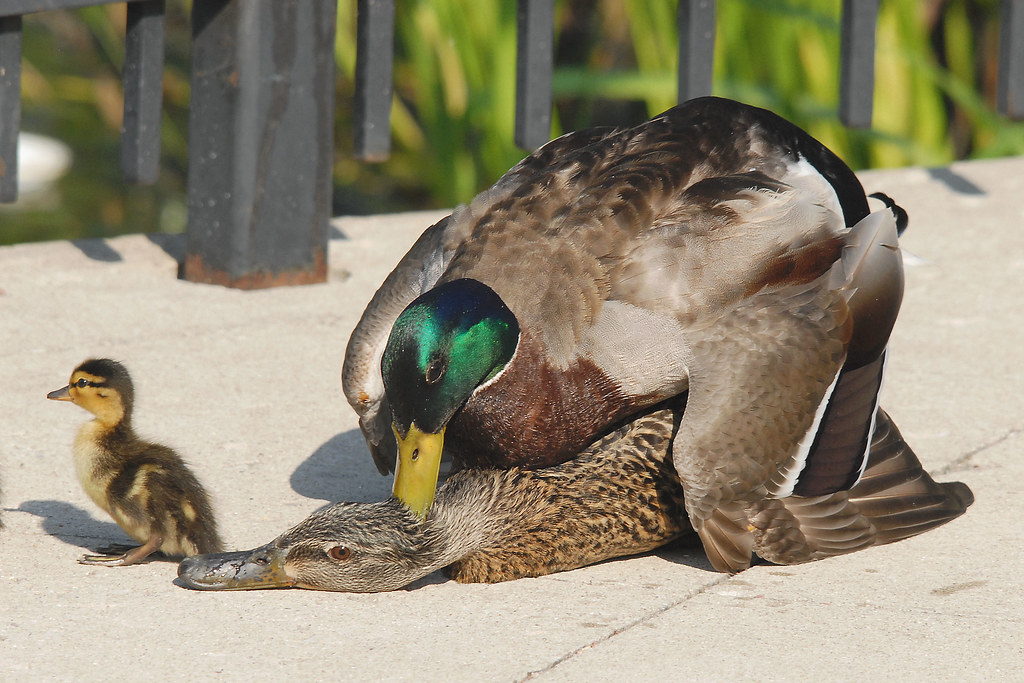 Sitting bored in a park while looking at those ducks I wondered that how do ducks mate. Well, I never saw a duck couple mate before so I was very curious to know about their mating behavior. So, one of my friend Ricky, who is a duck owner showed me a live mating session of duck couple and it was not easy to watch it.

So, how do ducks mate? Unlike other birds, ducks actually mate like mammals. Male duck has a long spiral organ (corkscrew-shaped) which goes into the female’s opening and shoots its sperm in her opening. Ducks usually mate in water and the whole mating session is very aggressive where male duck dominates over females.

Well, honestly ducks mating session is quite terrifying to watch. When the male duck goes over the top of the female, he tries to grab her neck from behind with his beak which is very painful for females. The neck sometimes starts to bleed but the male keeps on dominating her until the mating process is finished.

Male ducks are very aggressive when it comes to mating. Ducks usually prefer to mate in the water so that females can bear the weight of the male. Male grabs her female duck’s head with his bill and pushes her head under the water which looks like he is trying to drown her but this is just the act of showing his dominance over her.

You’ll be surprised to know that duck’s genital is usually around 10 to 16-inch long and it is known for its weird shape similar to a corkscrew. Argentinian lake duck is known for the longest genital (16 inches).

60% of the ducks mating sessions are simply forcefully where a female is attacked by 3 or 4 male ducks. This generally results in bleeding injuries or sometimes even death of female duck.

Fortunately, females have evolved their genitals in such a way that they can reject the unwanted sperm out and can prevent unwanted pregnancies. The side pockets in the genital help in collecting the unwanted sperm which later is thrown out.

Signs that Ducks are Going to Mate

Ducks get ready to mate after 1-year of their age. Male ducks often try different techniques to charm females such as head-pumping, wing flapping, etc. If the female duck is ready, she’ll show it by swimming with her head down to the surface of the water. This behavior indicates the male that she is ready to breed.

These are various signs that male ducks show to seduce females: 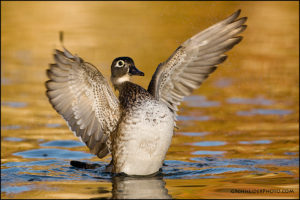 This is a common ritual among male ducks to show off their beautiful wings to females. In this process, male duck repeatedly flap its wings in the horizontal direction with raising its belly forward. 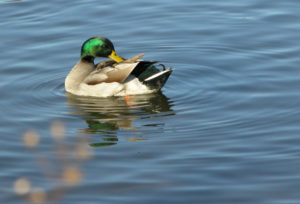 Preening is the act of cleaning up and repositioning the wings with the beak. This also comes under the art of seduction for a duck. It is done by moving the beak backward and removing mud, removing damaged feathers and interlocking the feathers to look more pretty for the female. 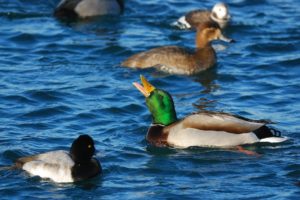 Head pumping is done by both male and female ducks to give a sexual invitation to each other. In this process ducks repeatedly bob their heads. 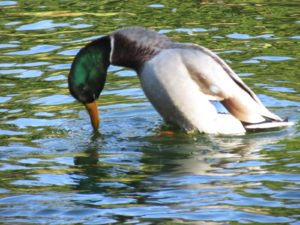 It is a momentarily display shown by male ducks where they raise their heads up near the surface of the water and blows a whistle later followed by a grunt to seek the attention of female ducks.

When do Ducks Mate and Lay Eggs?

Since ducks don’t mate for life, they find new partners every mating season which starts from late winter and ends in early summers. Some domestic ducks mate all year-round. The egg-laying season begins in the mid-march and extends up to mid of July.

Do Ducks Have Teeth?