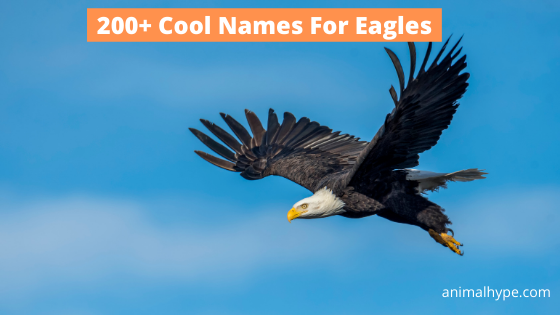 Eagles are one of the largest birds among the bird fraternity and are ardently loved by animal lovers out there for their power to touch the sky! These mighty creatures use the negative energy of the storm to soar even higher, but there is so much more that sets them apart from others. While most people believe that eagles can be anything but domesticated, we cannot help but fall for their watchful, sharp gaze.

Once you set your eyes on an eagle, it will be difficult not to adore their magnificent selves for their aviation capabilities. Moreover, the fact that eagles are one of the most respected species of animals in the Mongolian culture speaks for itself. These birds fall at the top of the food chain, with some species feeding on gigantic prey like sloths and monkeys.

Did you know that eagles possess the strongest sense of sight? Owing to their ultra-large eyes that are known to occupy almost 50% of their heads, eagles’ vision is 4 to 5 times sharper than that of humans. While humans have 200,000 retina cones per square millimeter, they possess a million! This makes them impeccable hunters.

To help you decide on the most fitting thing to call your winged companion, we’ve assembled a list with over 200 options. Scroll through this article to find some of the coolest names for an eagle if you’re seeking perfection! 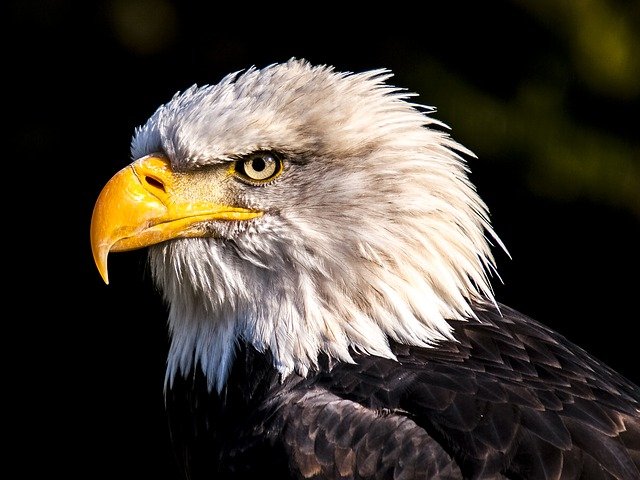 Eagles are hands down, the coolest animals ever! If you don’t know this by now, you are probably living under a rock. But, if you do and you’re on the lookout for some cool names for your feathery friends, here are some great ones for you.

Strong is an amazing descriptor when it comes to addressing eagles. Whether you’re expressing their robust physique, impressionable personality, or their character—there are myriads of names who exemplify their disposition.

Remo — Translates to “the strong one” in Greek.

Foxy — This name sure is incredibly foxy. Also, it is Matthew McConaughey’s pet’s name.

Farris — An Arabic, masculine name that translates to “knight”.

Regal — Rhymes with the eagle, translates into “the anticipated one,” quite literally!

Fury — This name comes from a Norman origin, ideal to describe an eagle dressed in an extravagant mix of hues.

Potter — We love a little Harry Potter touch, it definitely redefines the meaning of “cool” and takes it up a notch.

Waren — A German name, that means “loyal”. Indeed, eagles are one of the most loyal animals across the animal kingdom if you strike a chord with them.

Jordan — This brews from German origin and translates to “flowing down,” which pretty much sums up an eagle’s favorite thing to do!

Hercules — The renowned Greek lord, son of Zeus, and a remarkably strong man.

Harpy — A famous (and the rarest) American eagle, known to inhabit tropical rainforests. It is the strongest raptor you’ll find in America.

Lucifer — Perhaps one of the coolest eagle names ever. A Latin name that means “morning star.” 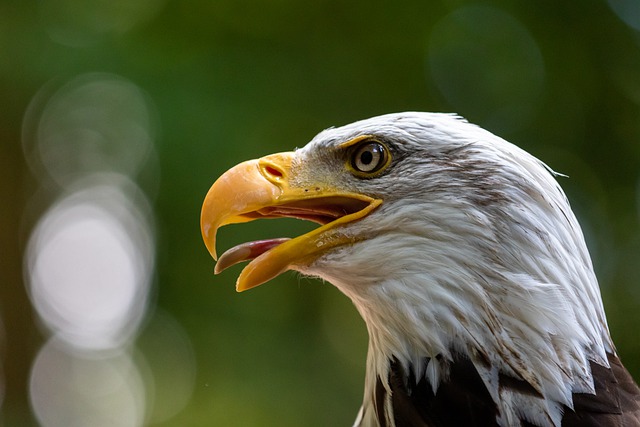 Although eagles are the most compelling raptors living on the Earth, yet, calling them by a funny, whimsical name wouldn’t hurt. There’s no denying the fact that you require heaps of understanding and training to gain their trust. But, once you have spent sufficient time with an eagle, you’re sure to have a devoted and dependable companion for life!

Here are some funny eagle names that you will certainly want to consider.

Did you know? Female eagles possess a unique characteristic, termed by scientists as the “reverse sexual dimorphism,” wherein their build is typically larger than that of their male counterparts.

Moreover, female eagles are known to be more skilled hunters than male eagles, and that’s what makes them supremely special.

We believe that getting to know an eagle before attempting to settle on a name helps you make the right selection. So, owing to their mystic characteristics, you ought to choose a name that defines them. To help, we have handpicked some universal female eagle names that’ll awe you in no time!

Amber — The princess in Disney’s animated series, Sofia The First.

Ruth — Translates to “friend” in Hebrew.

If you are soaring in excitement over welcoming this bird-friend to your family, your next step is finding the best eagle name that describes your pet. Many believe eagles to be a bit too intimidating to have as a pet. Believe us, with a little time, patience, and training, you’ll find yourself wondering how you ever lived without them.

Pro Tip: A fool proof-method of bonding with eagles is to train them for at least 30 minutes each day. Once done, reward them with a tiny piece of meat. Continue the same process for two weeks and touch their head to get them under the habit of petting.

Listed below is a list of some great pet names for eagles, so stay hooked!

Regardless of what others say, deep down eagles possess a cute personality overshadowed by their grim appeal. Here are some cute eagle names that you should definitely consider.

Eagles are popular across the animal world for their exotic ways. Because of their strength and expertise in catching prey, eagles have been regarded as a token of imperial power since time immemorial.

One of the most interesting things about eagles is that these creatures are regarded as a symbol of divine power and mercy in The Bible. Also, word has it that to have faith in God is equivalent to soaring high like an eagle! Even countries like Mexico and Serbia exemplify the exoticism and courage of eagles by bearing them on their flags.

If you’re thinking of adopting an eagle for your animal farm or conservation, have a look at the following names:

Rhianna — Nothing better than naming your eagle after a celebrity!

While the females are the backbone of the eagle family, the male eagles are lauded for their strength and prowess to give a hard fight to win their territory. Check out the following names if you are looking for intense, mighty ways to address an eagle.

As their name suggests, sea eagles inhabit water bodies and predominantly survive on a diet composed of fish. If you are searching for suitable choices, here are some of our favorite sea eagle names:

Eagles are athletic birds, and with an impressive wingspan, it almost appears as if they own the skies! When they’re little, baby eagles, also known as eaglets nest for 10 to 12 weeks. They master the art of flying by hopping to nearby branches, jumping in their nests, and frequently flapping their wings.

Despite their authoritative spirit, baby eagles are extremely cute and a delight to observe from a distance! Here is a list of dainty names you can choose from, to name an eaglet.

Consider yourself lucky if you get to name a species as extraordinary as an eagle. They are cool. They are charming. They are everything their animal friends want to be! Choosing the right name can be pretty irksome at times, but it’s best to go with the name that comes naturally, is unique to their personality, and embodies that specific eagle.

We hope these names for eagles have offered you a kickstart for finding the perfect moniker that floats your boat. Happy naming!