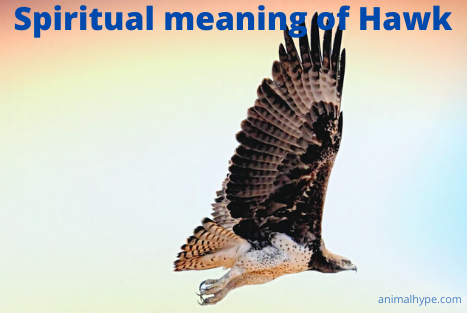 Hawks are indeed majestic birds that are known for their powerful vision and sharp observation. If you didn’t know, hawks have eight times sharper eyesight than humans.

Due to their sharp eyesight and grandeur, hawks have had a significant place in the mythology and folklore of many ancient cultures. Reference to hawks could primarily be seen in Egyptian mythology where gods like Ra, Horus, Khensu, Ptah, Mentu, Rehu, Sokar & Keghsenuf were portrayed as accompanied by hawks.

In Hindu mythology, Hawks are believed to be messengers from heaven. Similarly, in all other mythologies, hawks have a unique spiritual significance.

So what does a hawk mean spiritually? In every culture and belief system, hawks symbolize sharper vision, intense focus, and keen observation skills. Hawks are also considered as messengers from the spirit world, carrying a message from the universe that it is time for you to embrace your awareness and look for answers within you.

It isn’t quite easy to interpret what a hawk might be symbolizing in your life because it depends on the phase of life that you are going through and other factors as well.

Sometimes it may be a warning for you to keep your eyes open and to stay safe in the pursuit of your goal, or it might be an indication to focus your energies on better things in life.

In this article, we will have an in-depth look at the spiritual significance of a hawk, its symbolism, omens, and how to interpret them correctly. 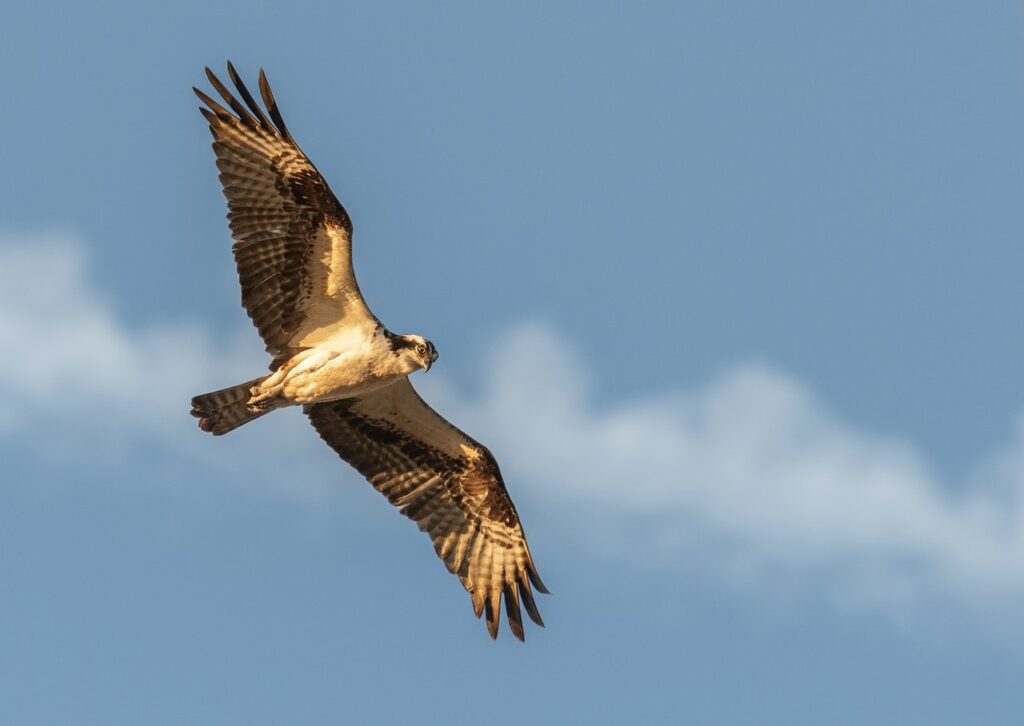 As said earlier, apart from their grandeurs, hawks are known for their strong eyesight and sharp observation. Hadn’t it been for these skills, how do you think they could spot potential prey while circling high in the sky?

How a hawk hunts a prey shows its determination and focus. In most cultures, Hawks are considered to be symbolizing the need for focus and determination to succeed in life.

Another symbolism lies in the fact that hawks are solitary birds. Due to their solitary nature, hawks are portrayed to be self-motivated and lone survivors.

In Indian culture, hawks are considered as a symbol of leadership and determination.

In the Greek mythology goddess, Circe, a sorceress and the daughter of Helios, the sun god, and the ocean nymph Perse were often associated with hawks. Similarly, in the Polynesian folklore and mythology, hawks are portrayed as a prophetic bird with healing powers.

Though Hawks are considered to be associated with the divine, what it symbolizes in our life varies. Sighting a hawk can symbolize different things depending on the stage of life that you are going through.

In the following section, we will have a detailed look into the various symbolisms that are associated with a hawk.

What does a hawk symbolize? 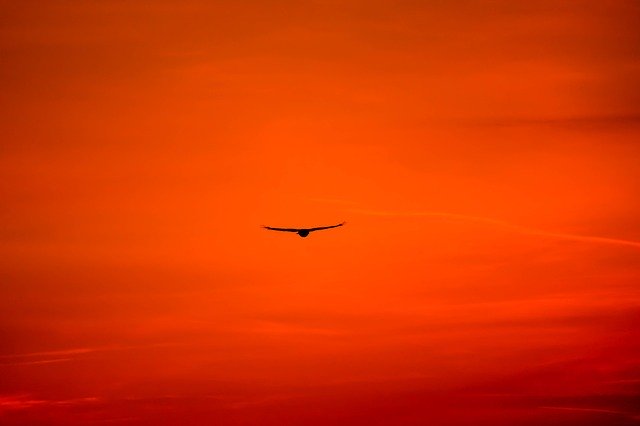 Hawks fly at great heights, yet they don’t lose sight of the ground. They are fully aware of what’s happening around them and also skillful enough to go with the flow effortlessly gliding towards their goals. This is synonymous with how most people would want their life to be.

When you start seeing Hawks in your life frequently, it might be the universe trying to convey these messages to you.

Considering the heights at which hawks fly, they are considered to be in close contact with the higher realm or divinity.

If you are someone aspiring to achieve spiritual enlightenment, spotting a hawk could be an indication that it is the right time to go for it.

It means that you need to seek divine knowledge with a calm and humble state of mind. Understand it and use the knowledge to achieve heightened spiritual awareness.

Stop being distracted in life

If you have seen the way a hawk spots and catches its prey, you might have understood the immense focus that is needed.

Once a hawk spots the prey, all that they see is the prey and nothing else. This is the kind of focus that we all need in life.

If you frequently spot a hawk during a confusing phase of life, you need to see it as a message from the universe to leave the confusion.

You need to stop being distracted by the small things in life and start seeing the bigger picture. Also, focus all your energy on your goals and the tasks at hand rather than worrying about failure.

Hawks are known for their sharp observation skills. Once they spot their prey instead of leaping on to them, they carefully observe their surroundings. This is something you might want to incorporate in your life.

While you are about to make a decision, spotting a Hawk might be an indication that you need to think more.

It is commonly considered to be a message from the universe that you need to analyze the circumstance before concluding thoroughly. It can also be a sign symbolizing the need for you to approach life with skilled precision.

Let go of your past and move forward

If you have seen how hawk flies, you might know how effortlessly they glide through the air while keeping their focus on their prey.

Due to which hawks are often considered to be an indication to you to let go of your past and move forward to achieve your goals.

Reassuring you on the path you choose to follow

Across the cultures and mythologies, hawks are considered to be the epitome of vision and observation. There comes the point in life where things that were blurred once starts becoming clearer.

You start getting a clear picture of what you want to do in life and a sense of how good it can turn out to be. Yet there might be instances where you remain skeptical about your decisions.

Spotting a hawk at such an instance can be a symbol of reassurance. It can be interpreted as a message from the universe, assuring you on the path that you have chosen.

Need for you to take control over your life

In many cultures, hawks are considered to be the divine entity corresponding to focus and observation skills. These are the two important traits that are vital for a leader.

If you spot a hawk at a crossroads in your life where you are confused, it might be an indication for you to take back the control of your life.

Focus your energies on your goal, sharpen your observation, stay aware of the situation, and move towards victory.

Seeing a hawk at such a juncture can also be seen as a reassurance from the universe on your potential. It can also be interpreted as a message to take the initiative and to work for your goals.

Question your relationships with people

Even though hawks are solitary birds they oftentimes flock together, especially during hunting. Hawks hunt in groups and they are excellent team players.

If you are someone with a big social circle or a big group of friends, hawks might be suggesting you have a closer look at the companies that you keep.

You need to start asking yourself whether those people can be trusted or not? Have a clear picture of who would help you when you are in trouble? And who all would flee when you fall.

Not just that, hawks also indicate that it’s time for you to introspect. Do you need to ask whether you are a real friend to others? Whether you would stand up for them when they need you the most?

Hawk as a spirit animal 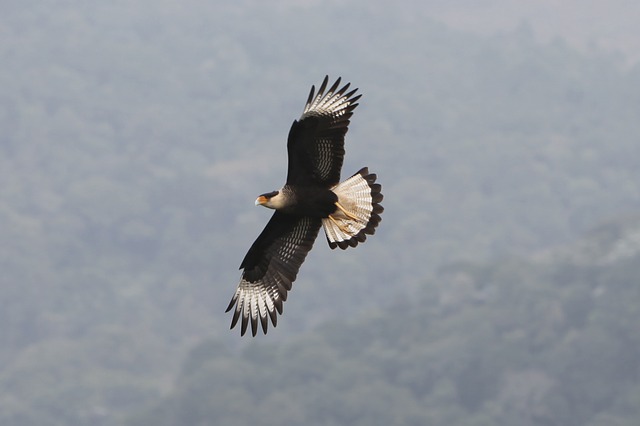 A totem animal speaks a lot about your life, your character, and how you are. Hawk people are known for their positive outlook on life and their optimism.

These people are so optimistic that they are always capable of seeing the best of what’s to come even in the worst situations.

Also, people with the hawk as their totem animals are found to have a better understanding of their intuitions and trust them.

In the next section, we will have an in-depth look at the meanings of spotting a hawk during tough times.

What does it mean when a hawk crosses your path? 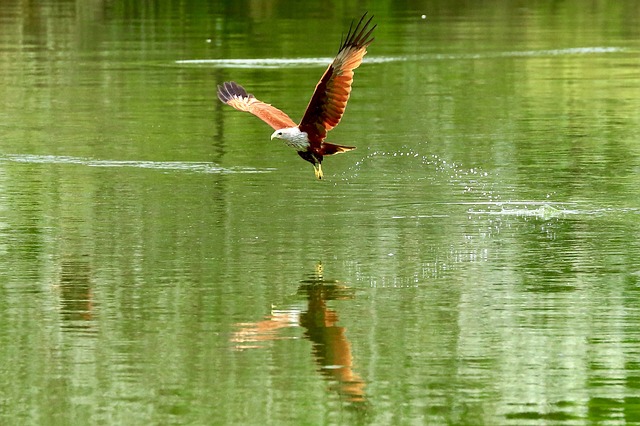 As said in the earlier sections, Hawks are considered to be divine, and they are often associated with powerful gods across cultures.

Owing to which hawks are often considered to be omens of the good things that are going to happen in your life.

Sometimes even if hawks are not your spirit animal, you may start seeing them often. This usually happens when you are feeling weak or when you are dire need of some guidance. In such cases, if you are willing to pay attention to their presence, there is a lot you can understand.

Spotting a Hawk during difficult times is often considered as a message from the universe. A message asking you to be confident and focus your energies on your goal rather worrying about failures.

Be aware of your surroundings

As said earlier, Hawks are known for their sharp observation skills. Spotting a Hawk during difficult times often means that you need to keep your eyes open and closely analyze your circumstances before you jump into a decision.

A call for leadership

Hawks, in general, are considered to be a symbol of leadership. If you see a hawk when you are in a difficult situation where you might have to take leadership, it indicates that you should take it up without any hesitation. It can also mean that you need to start taking control of your life.

What does it mean to see a hawk in your dream?

It is quite common to see hawks in your dreams, especially if hawks are your spirit animals. The meaning of seeing these birds depends on your present circumstances and many other factors.

In general, if you see a hawk in your dream, it means that you might have a lot of enemies in your life and that you need to be careful.

It can also mean that you need to be aware of your situations and give more attention to the people around you. As said earlier, the dream of a hawk can have different meanings based on your circumstances.

If you dream of a Hawk flying high in a clear sky, people will soon accept and respect you. It also means that you are doing good in life. Similarly, if you see a hawk flying with other birds, it means that you are too worried about what is happening in your life and with what is going to happen.