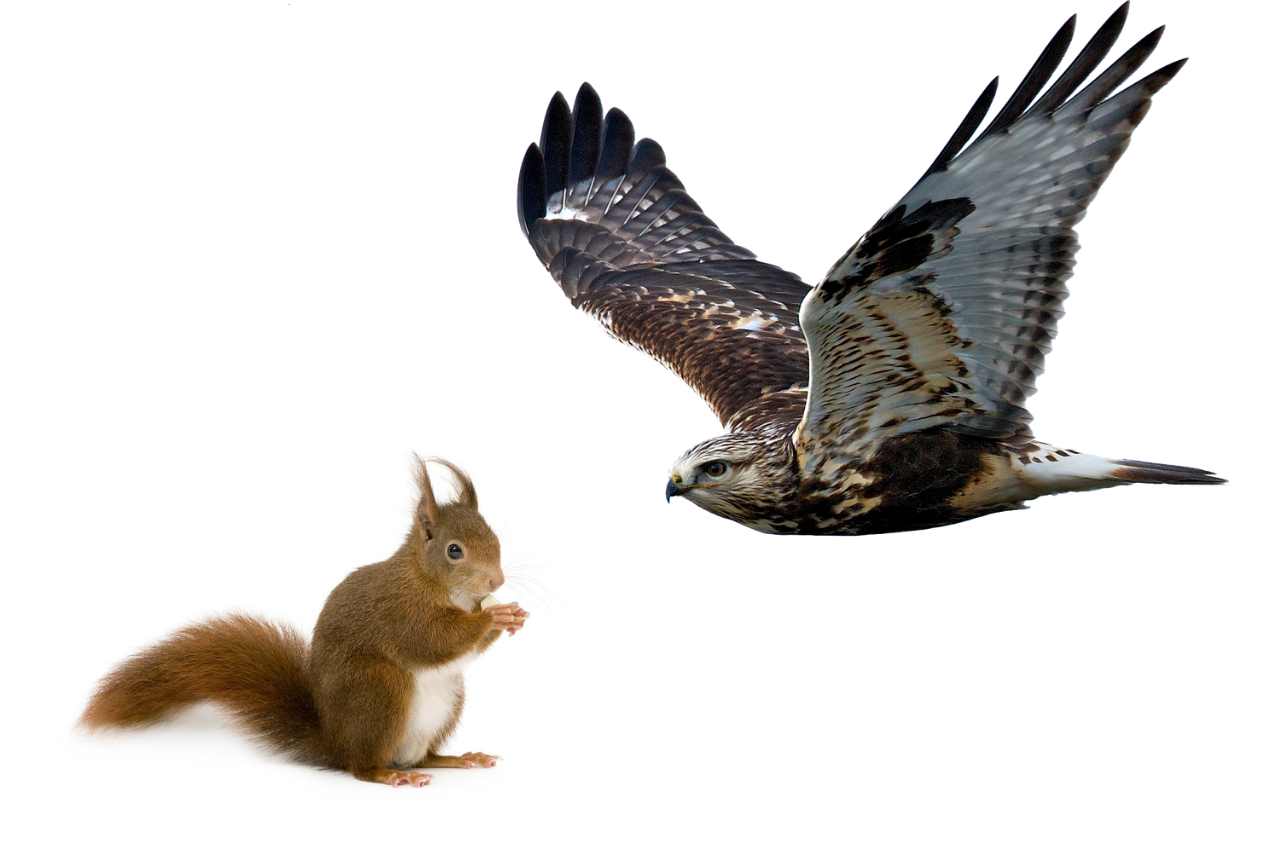 Hawks are a bird of prey, known for their keen eyesight, precision hunting, and high intelligence. As carnivores, they only hunt for meat with a very large range of prey animals. Let us find out if squirrels are at risk of being eaten by hawks as well.

To be honest, Hawk’s are a narrowed-eye species which means they are good at watching below from the sky and can see from very far away.

Hawks are said to have a vision that is about eight times better than humans. Sadly, Hawks are carnivores which means they will only eat meat, no matter the coincidence.

Sometimes, a hawk will fight in the air if they see any other Hawk carrying an animal that seems very good or like a very rare food that looks awfully appealing; so they will hunt for the other Hawk. In most cases, Hawks live from 13 to 20 years.

Hawks are opportunistic hunters and will eat anything they can. Exceptions to this rule are the smaller hawks who generally hunt for insects, while slightly larger hawks prefer songbirds and small rodents. Meanwhile the largest hawks such as the bald eagle and the osprey hunt for fish.

A good rule of thumb is a hawk can hunt and carry away anything that is equal to or less than its own body weight. Most squirrels weight under half a kilogram, meaning that squirrels are at risk of being hunted by any hawk larger than that.

How do hawks hunt squirrels?

The manner in which squirrels are hunted by hawks is about the same as any other prey that they hunt and are broken up into about three different styles. Perch, glide, and dodge hunting.

Perch hunting is exactly how it sounds. The hawk sits and patiently waits for the squirrel or other prey to get within striking range before suddenly plummeting down and striking the prey. This is actually a hawk’s preferred method of hunting, accounting for over 80% of all the hunting they do.

Though when using this method for squirrels hawks have a tendency to hunt in pairs and divebomb agile squirrels together to increase the chances of Glide style hunting is less common but has a higher degree of success when hunting other birds. Here, the hawk glides above before spotting appropriate prey and diving down for the kill.

Lastly, dodge hunting has a hawk weaving between foliage and avoiding branches before landing a killing blow. This is also primarily used for birds but sometimes insects. So yes, hawks certainly do eat squirrels. But only if they’re big enough to get away with it.