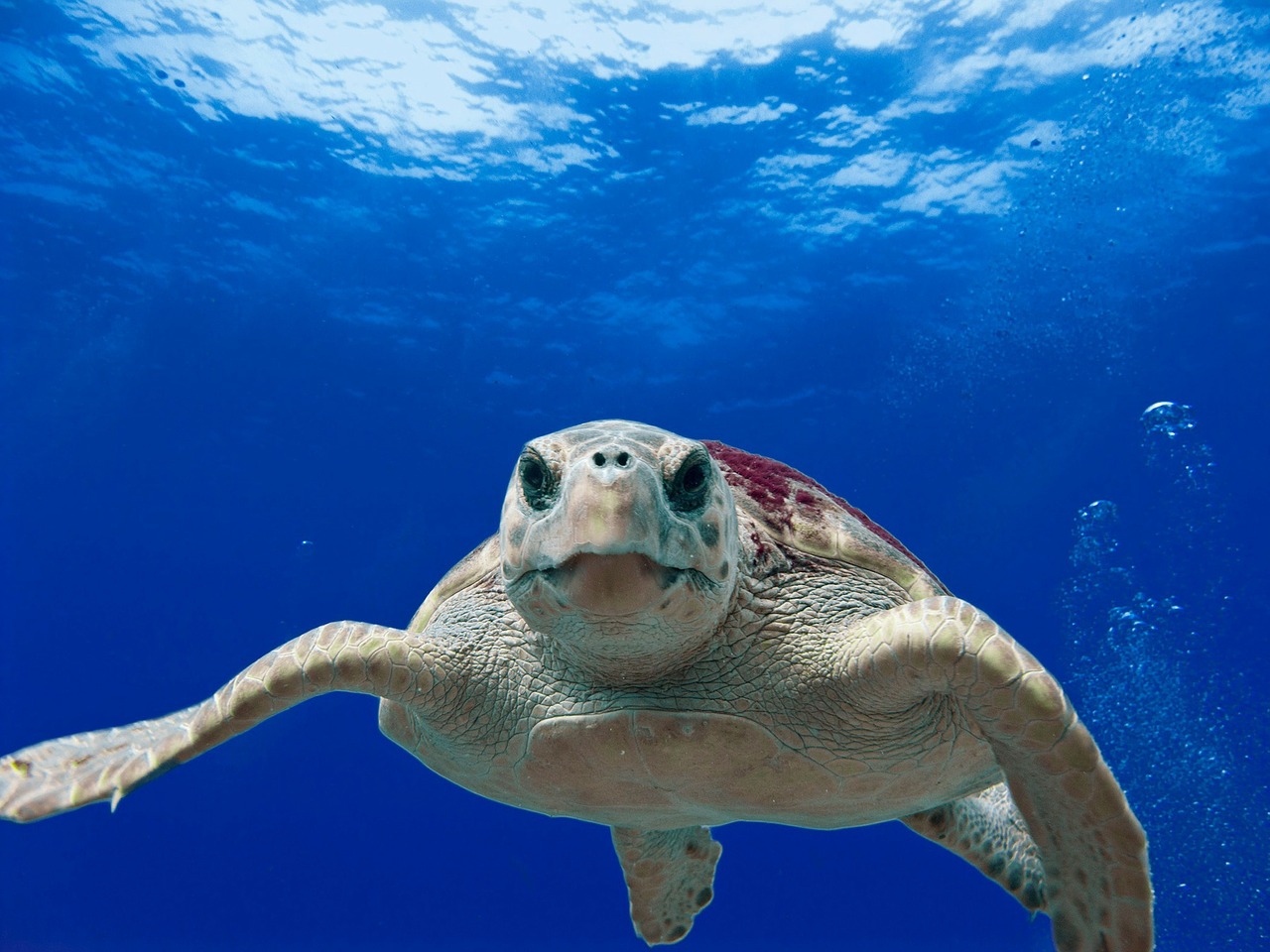 Sea Turtles are the cutest of all sea creatures but could they be dangerous? Do Turtles bite? There are many such questions that we might think of in general or maybe when we are planning a beach vacation. Let’s give you some important information about Sea Turtle’s bite. Tarry no longer. Read on!!

So, do sea turtles bite? Yes, Sea Turtles can bite. Sea Turtles have really strong jaws and very sharp beaks with which they can bite if they sense danger around them. The Turtle’s bite can be really painful and can hurt real bad creating serious skin bruises and also broken bones in extreme cases.

Sea Turtles are not usually found in a group, they are solitary beings who remain submerged underwater for most of the time that they are at the sea and this is why it gets really difficult to study them. It’s only during the courtship and the mating time that they interact with one another. Just like you, they also need their own space.

Do Sea Turtles have Teeth?

The Carnivorous Turtles have a very sharp hooked beak that they use to kill their prey, whereas the Turtles that are vegetarians have flat beaks that are broad and can be used for crushing and mashing plants that they consume as food.

It’s not that Sea Turtles never had teeth; they did in prehistoric times. Slowly when their bodies modified, they developed stronger beaks and no teeth. Hence the modern-day Sea Turtles possess no real teeth. At the time of birth, the hatchlings break the shell of their egg with an egg-tooth.

This egg-tooth is also called a caruncle which is present at the front of the upper jaw. It’s not actually a tooth but a scale that is modified. This modified scale disappears a few months after the newborn Sea Turtle hatches out of the egg.

Sea Turtles or any other variety of Turtles are docile creatures when undisturbed. For their protection, they have shells that are very effective to save them from predators.

Most Turtles also bite as self-defense if required. It’s the wild Turtles that bite mainly but a pet one can bite too. The pet Turtles are smaller in size that is why their bites are minor, but the bites of large Turtles can cause serious damage.

Turtles in the sea are known to defend themselves by biting. Varieties of Snapping Turtles, Chelydra serpentine ssp and Macroclemys temminckii greet large animals by striking their head forward swiftly and biting whatever is within their reach. They have been named after this habit of snapping. They do this only as a means to protect themselves. They are capable of causing severe damage but if not bothered, they retreat.

You might think that the Softshell Sea Turtles must be as soft as their appearance, but you are mistaken. Softshell Turtles are aquatic and if captured can defend themselves violently. They have an extremely long neck which lets them reach almost all around their body. Their bite can be very painful and it can cause fatal injuries.

Sea Turtles are in this world since the Dinosaurs’ time. They have lived in the ocean for more than 150 million years. Their physical appearance hasn’t changed much over the past so many years, just some modifications like the teeth being replaced by the beak. Sea turtles are believed to live the longest amongst reptiles.

Sea turtles become breeding adults only after 12 to 40 years. They mate inside water but to lay eggs the females come on the shore.

On a typical day, Sea Turtles eat and rest. Before it’s the nesting season, Sea Turtles migrate hundreds and thousands of miles. While traveling they are capable of sleeping on the surface when in deep water and when near the shore they sleep on the under rocks.

The hatchings sleep while floating on the surface. When sleeping their front flippers are folded on the top of their backs.

How hard does a Loggerhead Sea Turtle Bite?

Loggerhead Sea Turtle is a vertebrate that has lived long on the planet earth. It has a very complex life history. It begins with an ontogenetic shift from an oceanic habitat to a coastal neritic habitat. Then they transition from a soft oceanic prey to a hard and strong benthic prey.

The bite force of the Loggerhead Sea Turtle from hatching to a full-grown adult has been measured by many researchers. When the Ontogenetic shift occurs and the Turtle reaches a specific size the crushing capacity is good enough for them to consume abundant species of hard benthic prey that is of small size.

As they mature the bite force and performance increase and now they are able to consume harder and larger benthic prey.

There comes a point where the bite performance of Loggerhead Sea Turtle surpasses the capability of crushing by other durophagous carnivores, therefore the competition for hard benthic prey is reduced potentially.

Tips to follow when around Sea Turtle to avoid being bitten:

Can you Touch the Sea Turtles? No, you shouldn’t touch Sea Turtles because it’s illegal to do that and if you touch them for fun; you can land yourself into legal trouble. When around the Sea Turtles, make sure to not do anything that makes the Turtle feel harassed. Do not overcrowd around them and give them plenty of space.

Do Turtles Breath Air? Yes, Turtles are Reptiles that need air to breathe. They surface often and breathe. If the surface is covered by a ship or snorkelers the Turtle feels distressed, and in the panic, it can drown itself before reaching the surface. It’s very important to give Turtles their space to breathe freely.

26 Species Of Turtles In Florida