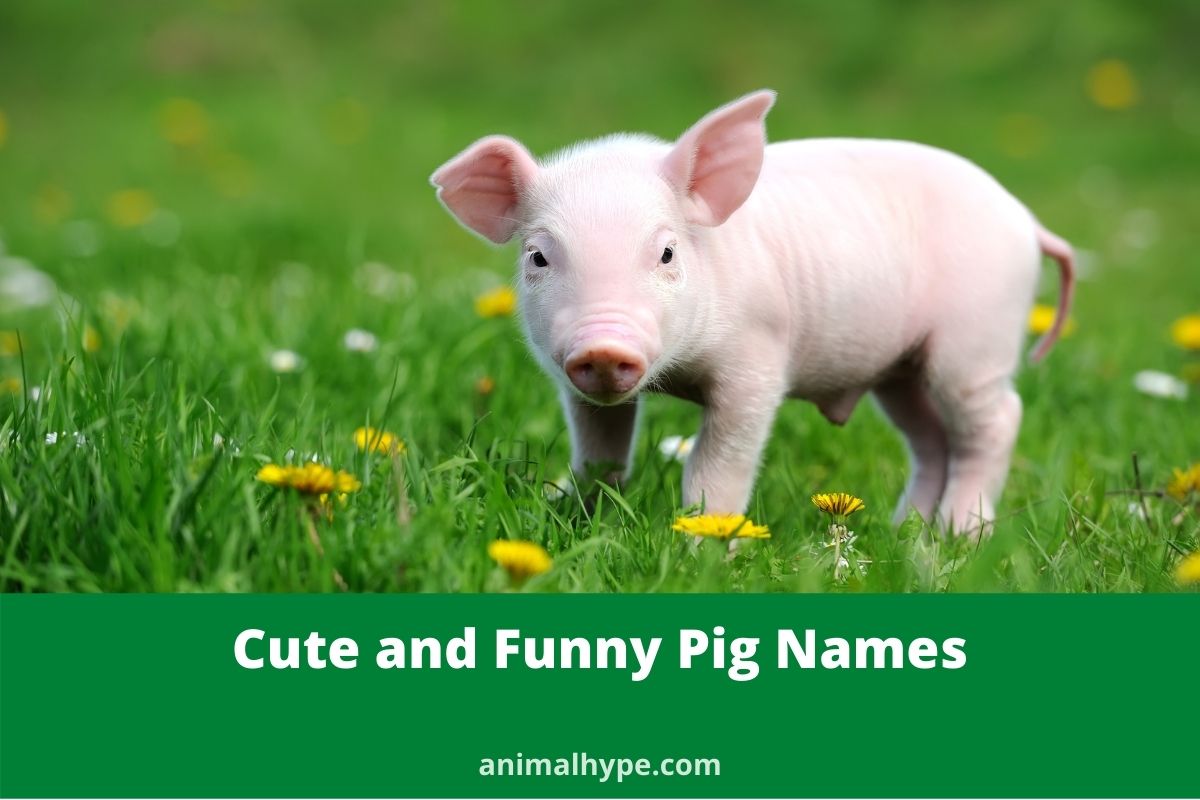 There is a surfeit of excitement that comes along whenever you add a new pet animal to the family, especially an endearing pig. However, many pet owners get completely stumped when choosing a fitting name for their beloved. Truth be told, choosing a name for your pet is no less than a challenge, and piggies aren’t any different.

Luckily, we have brainstormed over 300 names for pet pigs for you to get incited and choose the perfect title for the newest member of your family! Yet, before you kickstart your quest, it’s always best to get to know your pig’s personality.

Our all-inclusive list of tons of cute and funny pig names will be your holy-grail, carrying ingenious and adorable ones to the best laugh-inducing monikers. So, enjoy exploring the greatest pig names––we hope you come across the ideal name for your precious Piglet.

Looking for some cute names for your piggy but don’t know where to get started? We’ve narrowed a few delightful monikers for you to explore that will leave you smiling every time you call your pig’s name. Have a look!

For many pet owners, a normal name might do the job. But, if generic names sound too mundane to you, here are some of the wackiest titles you can choose from, for your pig!

If you’re searching for a rocking name for your boy pig, we have got you covered with some of the most popular, unique, and classic monikers for your pet.

If you own a girl pig, here are some of the greatest pig names for females inspired by a range of humor, food, pop culture, and more.

There’s no denying the fact that we love everything about celebrities and the latest movie characters. So, if you intend to give your pig a popular name, have a look at some of the most famous pet names that we’ve listed below:

Pet owners and visitors love and have a penchant for uniquely or cleverly named pets. If you need some inspiration and help when it comes to finding a punny name, here are our top recommendations for you:

Other Cute and Funny Names For Pet Pigs

If the previous titles weren’t your cup of tea and you’re yet to set your heart at the perfect name, here are a few more chuckle-worthy monikers to get you inspired! Have a look:

So, this was all about the greatest cute and funny pig names. We hope our list helped you find the perfect title that complements your Piglet. But, if you haven’t made a decision yet, don’t despair! Take inspiration from your pet’s habits, their likings, and the world around you until you find the best one. Remember, regardless of the name you pick, your newest piggy pal will be a fabulous addition to the family.