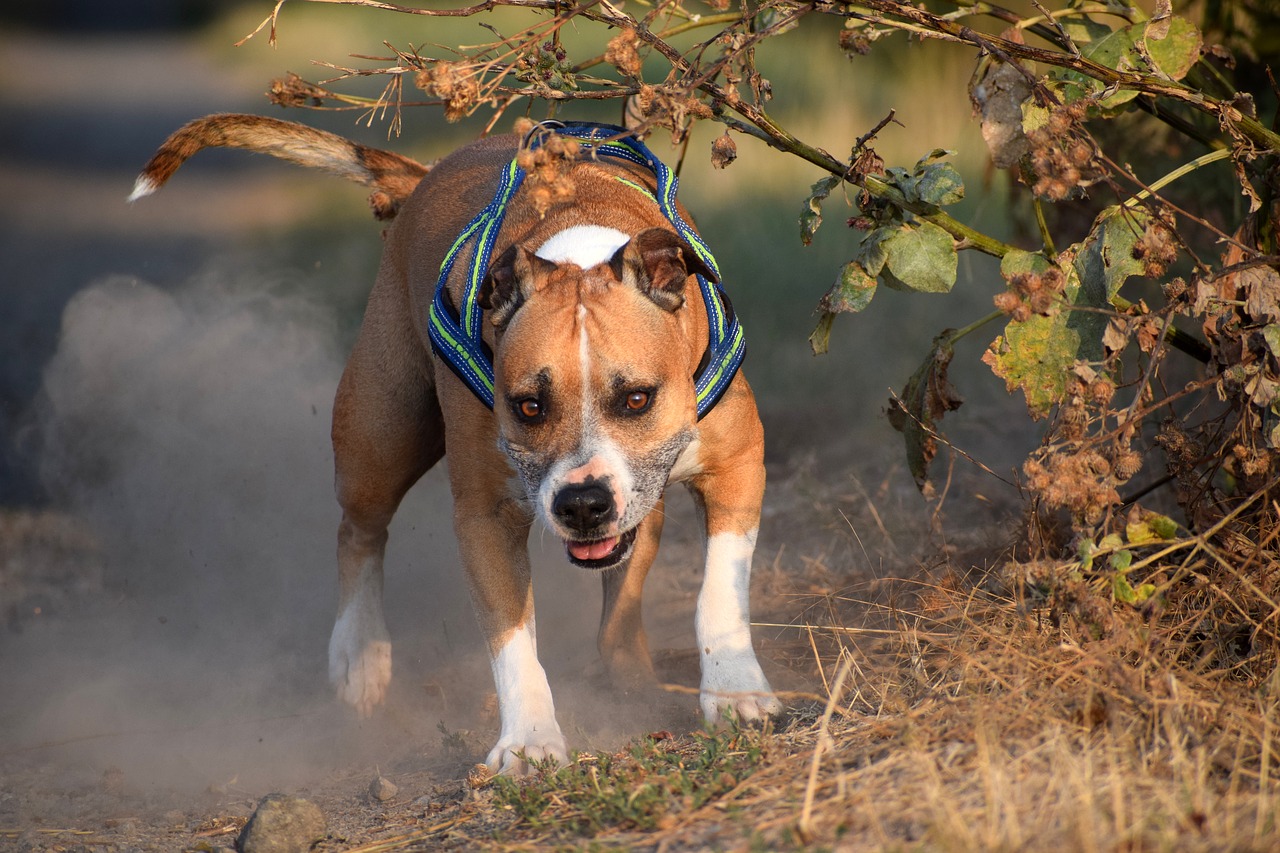 Pit Bulls or the American Pit Bull Terriers are dogs known for their muscular body, stamina, agility, and for being energetic. Apart from being great guard dogs, pit bulls are known to be excellent running companions to humans.

Owing to their muscular body and innate stamina a pit bull can come back from an hour of rigorous exercise and still crave more. The sheer will of the pit bulls, its endurance, and eagerness to please their owners make them a highly sought for dog breed among those who are into fitness.

Though pit bulls are known for their endurance and craving for outdoor activities is there a limit up to which they can be pushed? For instance, can I take them out on a long-distance run? These are some of the questions we have commonly come across.

It is important to note that excessive physical activities can trigger behavioral issues in your pit bull.

In this article, we have answered the most commonly asked questions regarding the physical activities of a pit bull and the factors to be considered while taking them out for a jog.

The Temperament of a Pit Bull

As mentioned in the previous section, Pit bulls are known for their muscular body and intimidating looks. Contrary to their looks and myths surrounding them about being extremely aggressive, pit bulls are loyal and attention-seeking dogs making them an excellent pet to have.

Though originally bred as dogs to bait bulls and as hunting dogs, over the years they evolved into being farm dogs and companion dogs. Despite their muscular physique and intimidating looks, they are gentle beasts with extreme tenacity, playfulness and courage.

According to the United Kennel Club (one of the oldest kennel club in the USA), the essential characteristics of a pit bull are strength, confidence, and zest for life. Owing to the extent a pit bull would go to please its caregivers and redlined energy levels it needs an owner who will carefully socialize and obedience train the dog.

Similarly, in a study conducted by the ATTS (American Temperament Test Society) on 900 pit bulls, it was found that they had an 87.4 pass rate. To make it easier for you to understand, the Golden Retriever got a score of 85.6% which clearly shows that pit bulls are gentle beings.

But that being said, a pit bull can have temperament issues at times and they can be quite difficult to control owing to their physique and energy. This behavior is especially seen when the pit bull hasn’t got sufficient playtime and there is a whole lot of energy tapped in them.

How much exercise does a pit bull need?

A pit bull is a breed with a lot of innate energy and enthusiasm that it can run all day long and come back asking more. So how do you know how much exercise does a pit bull need? Or when to make them stop?

Pit bulls in general need at least 1 hour of vigorous exercise. That being said they wouldn’t bother anything more than that too. It is important that they get this minimum 1-hour exercise to release all that pent up energy. Anything less than 1hr can lead to them developing reckless behavior.

It is also important to keep in mind that putting them through rigorous exercise for a longer duration can cause unwanted behavioral changes in them. For instance, barking, digging, destructive behavior and aggression.

Not just pit bulls every dog loves going out for a walk. Apart from helping the pit bull release the pent-up energy it also helps them stimulate their mind. If you have noticed a dog while it is out for a walk, you might have observed them sniffing around and marking their territories.

Owing to their physique and innate energy a pit bull can walk a long distance in one go. It is only limited by your time and energy. However, it is advised to take them out on a minimum of 45 minutes’ walk.

Other than this, you should also try and make walking a routine.

As said, pit bulls have a lot of pent-up energy in them which should be released. The best way to go about this is to find activities that can help them burn large chunks of energy in a short period.

For instance, playing fetch with your dog or playing Frisbee can be the ideal workout. Other activities include jolly ball, obstacle course, stair exercise, and so on.

Among the many outdoor activities, pit bulls in general love to do weight pulling activities like tug of war. These games can help them expend energy while helping them build muscles and strength.

Owing to their intelligence, pit bulls need to be given an opportunity to challenge their minds else they would start finding them on their own which can be quite destructive. For instance, digging and excessive barking are common ways in which a pit bull keeps itself engaged.

The common ways to provide mental stimulation includes letting them play scenting and nose games and letting them play with chew toys. These two activities are found to help pit bulls release endorphins, the relaxation hormone.

All these said exercises are the best when it comes to pitbull in general but choosing the apt exercise and duration and frequency of exercise has to be solely dependent on the age and characteristics of your pitbull.

For instance, a pit bull pup does not need a long and strenuous schedule of exercise. Similarly, for an aged pitbull, it needs more time to relax than going out on a long walk.

How much exercise does a pitbull pup and an elder pit bull need?

When it comes to a pit bull pup whose muscles and bone are still growing it needs a whole different exercise than the adult pit bulls. Putting them through strenuous exercise can cause them more harm than benefiting them.

The thumb rule in training a pit bull pup is to avoid any exercise that has an impact on its joints. Instead of taking the pup out for a long walk or run, it is better to let them play with toys or letting them socialize with other puppies.

When it comes to an older pitbull it would be less active and have lower energy levels. That being said you shouldn’t let them relax the whole day.

Rather you need to make them do activities that can keep them active and help them manage their body weight. When it comes to older pit bulls, they are more prone to arthritis so every exercise you choose for your pitbull has to be an act of balancing.

How far can a pit-bull run? (Most Important)

There isn’t a definite distance up to which a pit bull can safely run. Considering their high energy and sheer determination they can run quite a long distance. That being said you need to let them stop when they start showing signs of tiredness.

Similarly, never push a pup to run for long-distance as it can seriously injure its growth plates. You need to let your pit bull slowly work on its stamina and endurance.

Choosing a dog-friendly track to run is equally important as choosing how long to make your dog run. For instance, your dog can easily run on streets and sidewalks but running on hard surfaces can be difficult for them.

Similarly, you need to be extra cautious while you take them out during summer. Ensure that you don’t make them run on hot surfaces or during the warm part of the day.