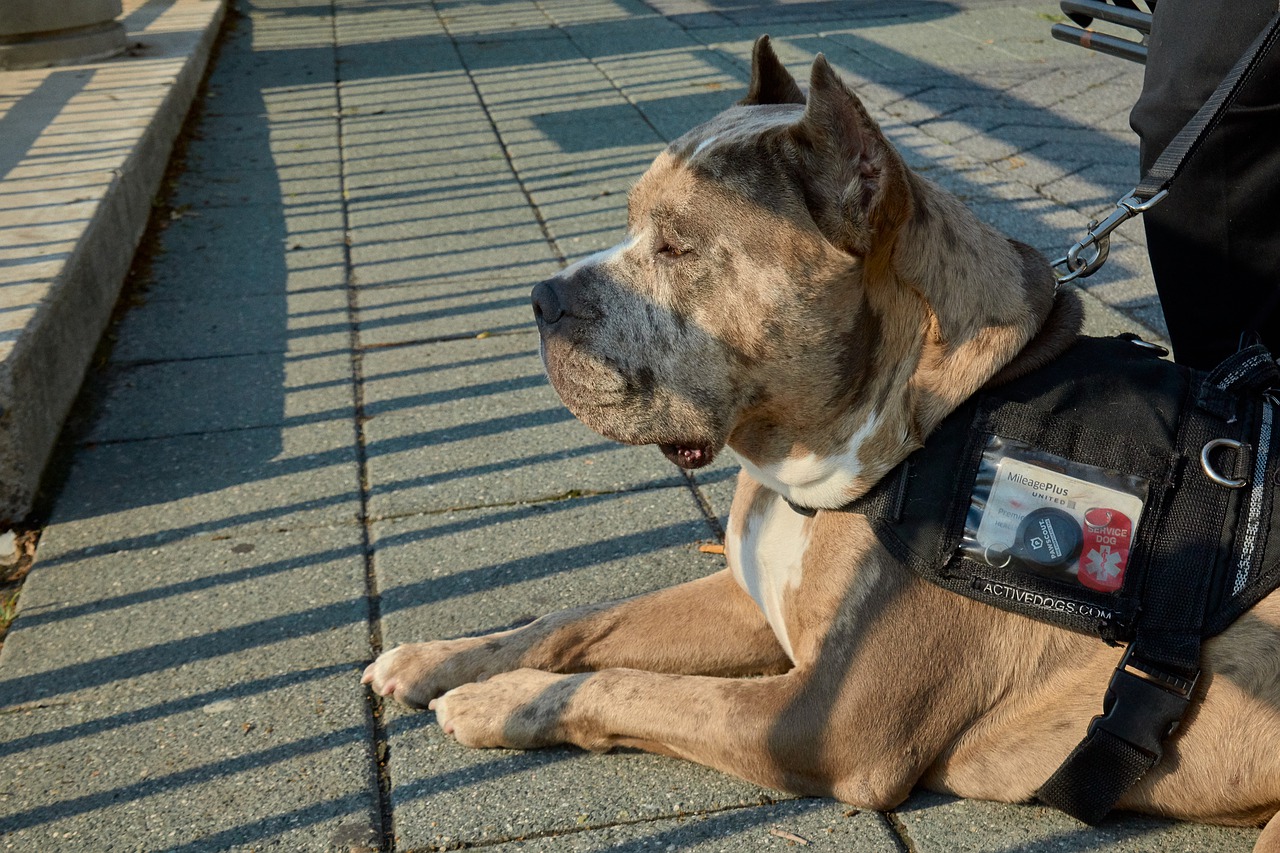 Pit bulls are the breed of dogs that are known for their muscular body, endurance, and for their high energy levels. It is interesting to note that pit bulls were originally bred as bull-bait dogs and as hunting dogs. Slowly over the years, these breeds evolved into being farm dogs and companion dogs.

Owing to these impressive physical characteristics and legacy of being a working-class of dog pit bulls are deemed to be good guard dogs. But is it really the case?

Are pit bulls good guard dogs? Pit bulls, contrary to their muscular physique and impressive energy levels and endurance pit bulls are not good guard dogs. Despite their intimidating look, they are playful and fun-loving dogs who would go to any extent to get praised by humans irrespective of who they are.

For instance, a pit bull can lead a burglar straight to the locker for a pat on its head! Quite unbelievable huh?

When you bring a pit bull home you have bought yourself a friend for a lifetime. Though they suck at being a guard dog they can be an excellent stress buster. As mentioned, pit bulls are loyal pets who wouldn’t mind walking that extra mile to make their caregivers happy.

These dogs are known for their attention-seeking behavior and love for humans which is partly a reason why they suck at being a guard dog.

In this article, we have compiled a list of information you should be aware of if you plan on getting a pit bull as a guard dog. We have also answered some of the most commonly asked questions regarding a pit bull.

The Personality of a Pit Bull

I still remember the first time I encountered a pit bull at a friend’s place. That guy was huge and muscular seeing which I was shaking and sweating.

It didn’t take me long to realize that all that a pit bull can do is to make someone laugh to death with their stupidities or probably smooch them to death. Pit bulls are gentle giants that are commonly considered to be a threat owing to their intimidating physical appearance and characteristics.

Contrary to the myths surrounding pit bulls about them being aggressive and excellent guard dogs, they are fun-loving and loyal pets who would always want to be around humans.

Their love for humans can be best seen when they are around kids. These gentle giants love kids so much that they are intelligent enough to show patience with kids.

A pit bull can be very protective of kids, sometimes in a way that surprises us. In most cases, if you have a kid at home, chances are that the pit bull won’t leave the kid’s side for long. They will always come back to them.

That being said, pit bulls can sometimes have temperament issues. It can be quite difficult to control them when they are irritated owing to their muscular physique and energy. A pit bull rarely has temperament issues and in most cases, it only happens when they haven’t had enough exercise or playtime lately.

Will a pit bull protect its owner?

Pit bulls are loyal dogs who have been humankind’s trusted companions for years.

While discussing whether a pit bull would protect its owners or not, it is important to keep in mind the fact that guard dogs are very different from personal protection dogs.

A guard dog is more like a watchdog that can alert you when someone intrudes on your premises. Whereas a personal protection dog is a one that would attack someone on your behalf.

Pit bulls can be trained to be a guard dog pretty easily when compared to being a personal protection dog. The latter requires professional training too.

Are pit bulls dangerous by nature?

No, pit bulls aren’t aggressive by nature. The reason why pit bulls have earned this bad reputation owes to the sheer number of dog attacks that have happened over the years.

According to research by animals-24, it was estimated that though pit bulls make up only 6% of the dog population in the USA they were responsible for 62% of the reported attacks since 1982.

It is important to understand that not just pit bulls, every other dog can get aggressive owing to a lot of factors. When it comes to dogs attacking, the owner has to be blamed. Not just pit bulls, any breed of dogs when ill-treated can become aggressive.

As mentioned in the previous section, contrary to the myths surrounding pit bulls about them being aggressive and excellent guard dogs, they are fun-loving and loyal pets who would always want to be around humans.

If bred properly, chances of a pit bull even barking at a stranger is nil! And there is every chance that your pit bull will happily welcome every stranger into your house for a pat on its head. These gentle beasts can’t really discriminate humans. For them, everyone is their ‘hooman’!

How easy is it to train a pit bull?

Pit bulls have a legacy of being a bull-bait dog and as hunting dogs which points to intelligence being etched in their brain. Owing to these reasons pit bulls are easier to train contrary to the belief that they aren’t.

A properly trained pit bull can be the ideal companion dogs especially in the case of blinds.

Is it safe to have pit bulls around kids?

Pit bulls love kids. In fact, if you ask anyone who has had a pit bull you would know how gentle and protective they can really be.

The reason why most people are doubtful about getting a pit bull when they have kids at home is because of their high energy levels. But Pit bulls are intelligent to be careful enough not to harm the babies even by accident.

Among the many things a pit bull is known for the most notable one is their love for babies. It seems as if when there are kids in the house, the pit bull understands that it is their responsibility to keep the little ones safe. In most cases, a pit bull seldom leaves the baby aside!

To sum up, pit bulls aren’t really a guard dog material rather they are fun-loving and loyal pets who wouldn’t mind walking that extra mile to please their humans.

When you decide to get a pit bull you are getting yourself a friend for a lifetime and a loyal companion. Pit bulls love humans and they don’t discriminate between their owners or strangers. They are all the same as pit bulls.

So if you are planning to get a pit bull only as a guard dog, you will be disappointed. In that case, we would suggest you go ahead with other breeds such as a Rottweiler, Doberman, or a Bullmastiff.