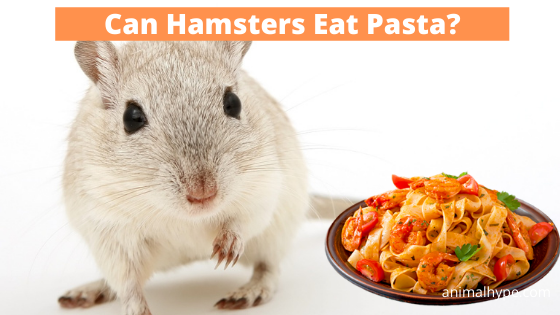 The beautiful country of Italy is popular for many things, but most of all, for its unparalleled contribution to the world of cuisine in the form of pasta. Basically made of wheat, pasta is a flexible Italian dish that can take the shape of both noodles and dumplings, can be boiled, baked, or fried, and is enjoyed in all regions of the world. Did you know that pasta has about 300 different shapes and varieties? In any case, pasta makes a delicious snack for us. But what about your pet hamster? Let’s find out whether or not hamsters can eat pasta.

So, can hamsters eat pasta? Yes, hamsters can eat pasta. Whether you have dried or fresh pasta at home, hamsters don’t mind. While pasta doesn’t add anything to your little pet’s health since it has no nutritional value, it isn’t toxic to them either. However, if you still want to feed it to your hamsters, you should be careful about moderation. Pasta is rich in gluten, which is not healthy for hamsters if consumed in a larger quantity.

Are you wondering is pasta is okay for the breed of your pet hamster to eat? Or do you want to know if cooked or raw pasta makes a better treat for them? Read on to find out everything you need to know about feeding hamsters pasta. 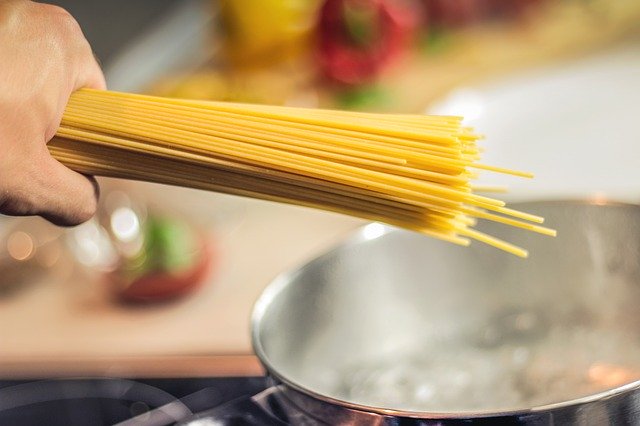 Much like mice, hamsters will nibble on anything they can find around the house. They don’t have much reservation about what they are putting into their mouth, which is why you need to be all the more careful about what they are eating. Pasta is no exception to this. If you feed them pasta, they will most likely eat it. However, in the rare instance that they don’t, it is best not to try to feed them these again.

What is pasta made of?

You might have wondered about this question every time you eat this yummy snack. What is pasta made of? The main ingredient of pasta is its dough, which is usually made of wheat flour or semolina but can vary in different regions.

Very recently, many other grains are being used to make pasta dough, such as chickpea flour, barley, rye, maize, rice, buckwheat, chestnut, etc.

But now, let us focus on durum wheat, which is still dominantly used in the production of pasta.

What is durum wheat?

Durum wheat is a tetraploid species of wheat that was created from artificial selection to get a free-threshing form of wheat. Also known as “pasta wheat”, the durum wheat is mostly cultivated in the Middle East and has been the main ingredient in pasta ever since it was introduced.

Although durum wheat doesn’t have any substantial nutritional value, it is rich in gluten, which becomes a problem in the case of people who have diseases like Non-celiac gluten sensitivity (NCGS), Dermatitis Herpetiformis (DH), or wheat allergy. This is why many manufacturers have turned to other alternatives for pasta.

What can too much pasta do to your pet hamster’s health?

To begin with, you should know that there’s a chance your pet might have a wheat allergy, in which case, it is a bad idea to feed them pasta. You can consult your veterinarian about it beforehand.

However, if your hamster doesn’t have a wheat allergy, pasta can impact their health quite adversely if fed too often. Too much pasta can lead to digestive issues in your hamster, and can also cause obesity or diabetes.

Pasta contains salt in a moderate quantity, which can dehydrate them quickly since their diet includes very little water. You should remember that hamsters have a small, sensitive body.

Feeding them too much of anything that is not a part of their recommended diet can thus even lead to their untimely death. 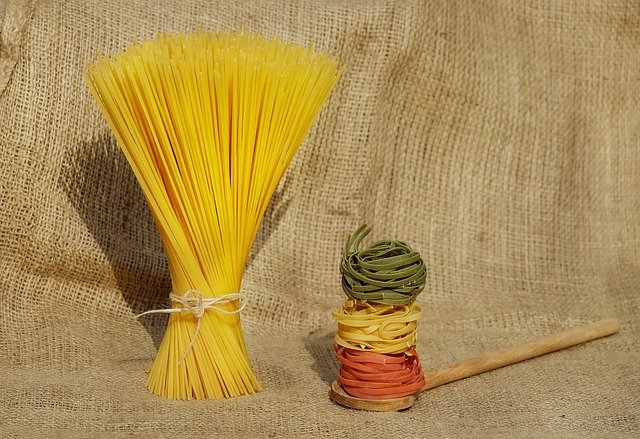 Dried pasta is the factory-made pasta which is manufactured in such a way that it can have a longer shelf life. To make it last longer, this pasta is dried at a low temperature for several days to get rid of all the vapor inside it. On boiling, dried pasta grows twice as big as the uncooked one.

Many people believe that dried pasta is not healthy and shouldn’t be fed to pets. This, however, is not true at all. On the contrary, manufacturers add additives in the pasta to make up for the vitamins and minerals lost from the durum wheat endosperm in the process of milling.

Micronutrients that are usually added in dried pasta are ferrous iron, thiamin, folate, niacin, riboflavin. Thus, dried pasta is healthier for your hamster in comparison to its other alternatives.

It is best if you do not feed pasta to baby hamsters. Hamsters are fragile pets as it is. Their babies are even more fragile, and even one wrong thing included in their diet can prove to be fatal.

Raw or cooked: which pasta is better for hamsters?

As far as safety is concerned, both raw or cooked pasta is safe to feed hamsters. However, you must know that hamsters have ever-growing teeth due to which they need to nibble on things.

Giving them raw pasta will solve this problem. Raw pasta is hard in texture and can help in wearing down their teeth. Moreover, many hamster-owners claim that their pets like raw pasta better than cooked ones. 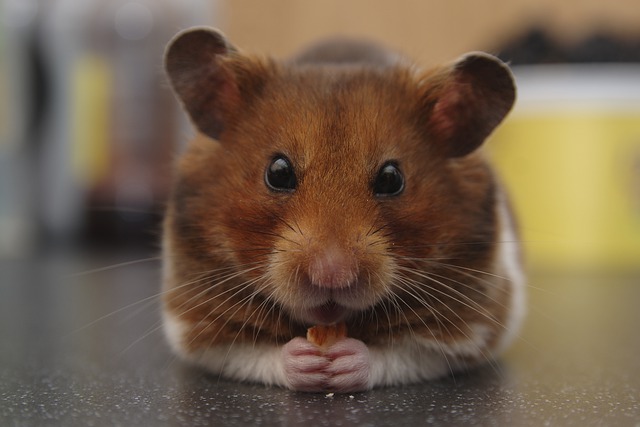 Also known as “teddy bear hamster” and “golden hamster”, Syrian hamsters are native to the arid areas of southern Turkey and northern Syria. They are the largest of all hamsters and are believed to live the longest as well.

Syrian hamsters are also very popular as household pets due to their docile nature and cuteness. Syrian hamsters can eat all kinds of pasta as long as you give them these as an occasional treat.

Roborovski hamsters are also known as the “desert hamster” and are the smallest of all hamster breeds. These hamsters do not have dorsal stripes like other hamsters.

They are popular for being great runners. Roborovski hamsters can eat pasta. However, due to their small size, you need to be extra cautious of feeding them little amounts only.

The Campbell hamster was named after Charles William Campbell by Oldfield Thomas, the man who collected the first specimen of these hamsters in 1902.

The dark fur that is present on the crown of other hamsters is absent on this one. Campbell hamsters drink water constantly and therefore eat pasta more safely than the other hamster breed.

The reason behind being called dwarf is that these hamsters are just half the size of the Syrian hamsters. They have furry feet and a thick, dark grey dorsal stripe that is more prominent than in any other breed. In the winter season, their dark fur is replaced with a thick white fur.

These hamsters are more prone to diabetes, which is why it is best to keep pasta extremely limited in their diet.

Native to northern China and Mongolia, the Chinese hamsters have a typically long tail that makes them easily distinguishable from other hamster breeds. Although these hamsters are not commonly kept as pets, if you have one and want to feed them pasta, you can do so in moderation.

Can I feed spinach to my hamster? Yes, you can certainly feed spinach to hamsters. Spinach is a powerhouse of many vitamins and minerals and can make a great snack for your little pet.

Can hamsters eat rice safely? Yes, both cooked as well as raw rice is safe for hamsters to eat. However, they have a special fondness for raw rice and like to store it in their cheek pockets.

Which cheese is best for feeding hamsters? If you want to feed your hamster cheese, it is best to go with cottage cheese. Cottage cheese is low in fat and salt and therefore involves the least health risks for your pet.

To conclude, you can feed your hamsters pasta in moderation if you want to. Pasta doesn’t contain anything that can harm your pet. However, like all human foods, pasta should also be fed in moderation to avoid any ill effects of it in hamsters.