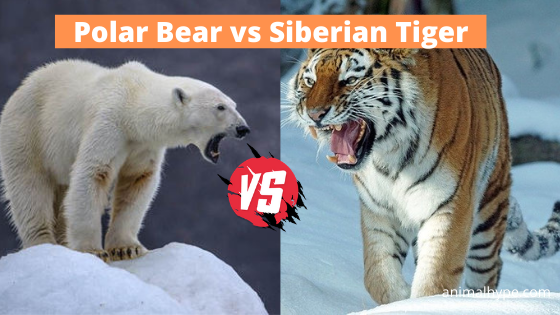 What if two of the most dangerous predators still alive—a Polar Bear and a Siberian Tiger—went head to head? That is surely going to be one hell of a battle! Who do you think has the greater chances of making it out alive and have its opponent for dinner? Let’s find out.

Polar Bears are the largest living member of its species. They are also the largest surviving predatory carnivores. They are native to the Arctic region, one of the coldest places on the planet. They are a vulnerable species today due to global warming and melting ice floes.

Siberian Tigers are the largest species of tigers that still exist. It is native to the jungles of Siberia, one of the coldest parts of Russia. A Siberian Tiger is a deadly creature, but will it defeat an animal that’s twice its size—the giant Polar Bear?

Let’s get to know the two predators

The Polar Bear is the top-most predator of the Arctic region. Its scientific name is Ursus maritimus, which translates in Latin to “Bear of the Ocean”. These huge marine mammals walk on ice floats and swim in the cold coastal waters of the Arctic. 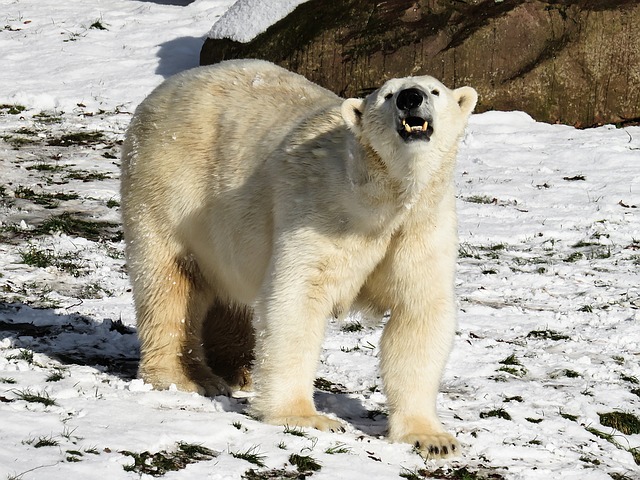 Siberian Tigers are native to Siberia, in Russia. They are also found in parts of China and North Korea. These giant beasts are the largest surviving tiger species. They are mostly found in zoos today since only a handful of them still exist. They are also known as Amur Tigers.

Polar Bears are white in color. They are armed with a thick fur coat which insulates them from the cold. This helps them survive the freezing temperatures of the Arctic. They have black skin underneath their fur, which absorbs the sun’s rays and keeps them warm. Today these majestic creatures are under threat due to climate change and melting ice cover. 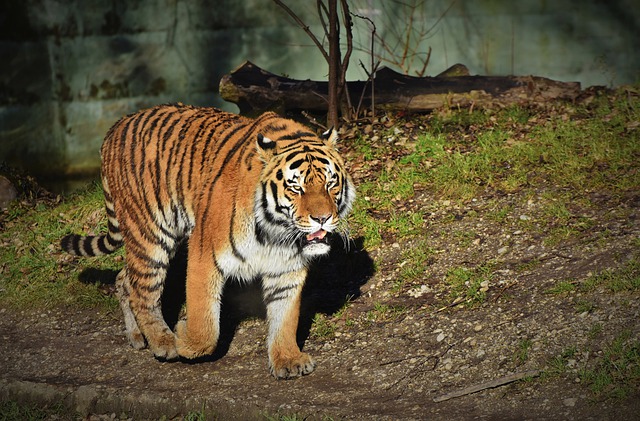 Siberian Tigers are rust-colored creatures, with black stripes across their coat. They are master hunters who sit on top of the food chain. They are aggressive and solitary creatures. Sadly, these wild cats are close to extinction today due to the threat of poaching.

Polar Bears are the largest surviving predatory carnivores. An adult male Polar Bear can weigh between 600 to 1600 pounds. Their head and body height range between 7.25 ft to 10 ft. The shoulder height lies between 4 ft to 5 ft 3 inches. They may live for 25 or 30 years in the wild.

An adult male Siberian Tiger can weigh up to 660 pounds. Its head and body height can measure about 7 ft 4 inches, while the shoulder height lies at 3 ft 3 inches. The average lifespan of a Siberian Tiger is 15 to 18 years in the wild.

Polar Bears mainly prey on seals for their large quantity of fat. They also hunt walruses, Narwhales, Beluga whales, certain types of fish, birds, and bird eggs. They like to feast on dead whale carcasses as well.

Comparing features of a Polar bear and a Siberian tiger

Strengths and weaknesses of the two beasts

A fight between a Polar Bear and a Siberian Tiger might be one of the craziest battles in animal history. Who do you think will emerge as the ultimate predator? Let us take a look at the strengths and weaknesses of the two beasts to find out.

In terms of weight, a Polar Bear is definitely on the heavier side. It can weigh up to a massive 1600 pounds, while a Siberian tiger may weigh only 660 pounds at best.

A Siberian Tiger’s claws can be very deadly for anyone who dares to cross such a beast. With 4 inches long claws, it can cause a good amount of damage to any opponent. On the other hand, the Polar Bear’s claws can measure up to 3.5 inches. This is slightly smaller.

Both animals are powerful carnivores and they have teeth perfectly suited for the purpose of tearing flesh. A Polar Bear has a total of 42 teeth, with long and sharp canines measuring up to 2 inches. A Siberian Tiger has 30 teeth, with slightly longer canines measuring between 2.5 to 3 inches.

If we look at the number of humans attacked every year by the two animals, it is very few. Although both tigers and bears have a reputation for being man-eaters, it is hardly the case. Polar Bears and Siberian Tigers attack only 1 person every year on an average.

Brain vs Brawn: Who will prove to be the ultimate predator?

A Polar Bear is twice the size of a Siberian Tiger. It is the heavier, bigger, and stronger animal of the two. At first sight, a Siberian Tiger seems no match for a Polar Bear. But in history, the battle between brain vs. brawn has always had one winner. Who do you think will emerge victorious in this case? Are you ready to find out?

The Polar Bear is massive in size and protected by layers of body fat. It is very hard to penetrate the bear’s internal organs. It has a bulky body and huge paws that can overpower the tiger in seconds. Its incredible bite force of 1200 psi will be hard to beat.

But the Siberian Tiger is the more experienced and skillful hunter. Tigers are masters of stealth, sneaking up on their prey at the perfect opportunity. They have the advantage of speed and technique. Polar Bears don’t have the speed and stamina that a Siberian Tiger can boast of.

In fact, Siberian Tigers have been known to kill Asiatic black bears and brown bears. The Polar Bear may not have the best odds before such a deadly opponent. A Siberian Tiger is a deadly killing machine, with long and sharp claws and canines that can tear into flesh with a death-like grip. It’s near about impossible to escape the clutches of such a beast.

Will a Polar bear and a Siberian Tiger ever meet in real life?

What are the chances that a Polar Bear and a Siberian Tiger will ever meet in real life? They live far apart on the globe, in two completely different ecosystems.

A Polar Bear is a marine mammal. It lives in the Arctic region, spending half its time walking on ice floes and swimming in the cold coastal waters. A Siberian Tiger is native to the forests and woodlands of Siberia in Russia. Both the animals are top predators of their ecosystem and have no natural enemies.

There’s little chance that the two animals will ever meet in real life. A battle between a Polar Bear and a Siberian Tiger can only be a hypothetical battle. But if the two beasts ever happen to meet, it is sure to be one of the wildest animal battles ever!

In a hypothetical battle between a Polar Bear and a Siberian Tiger, who do you think will be the last animal standing? Will victory go to the bigger beast, or will the smarter animal win? Well, here’s our final verdict.