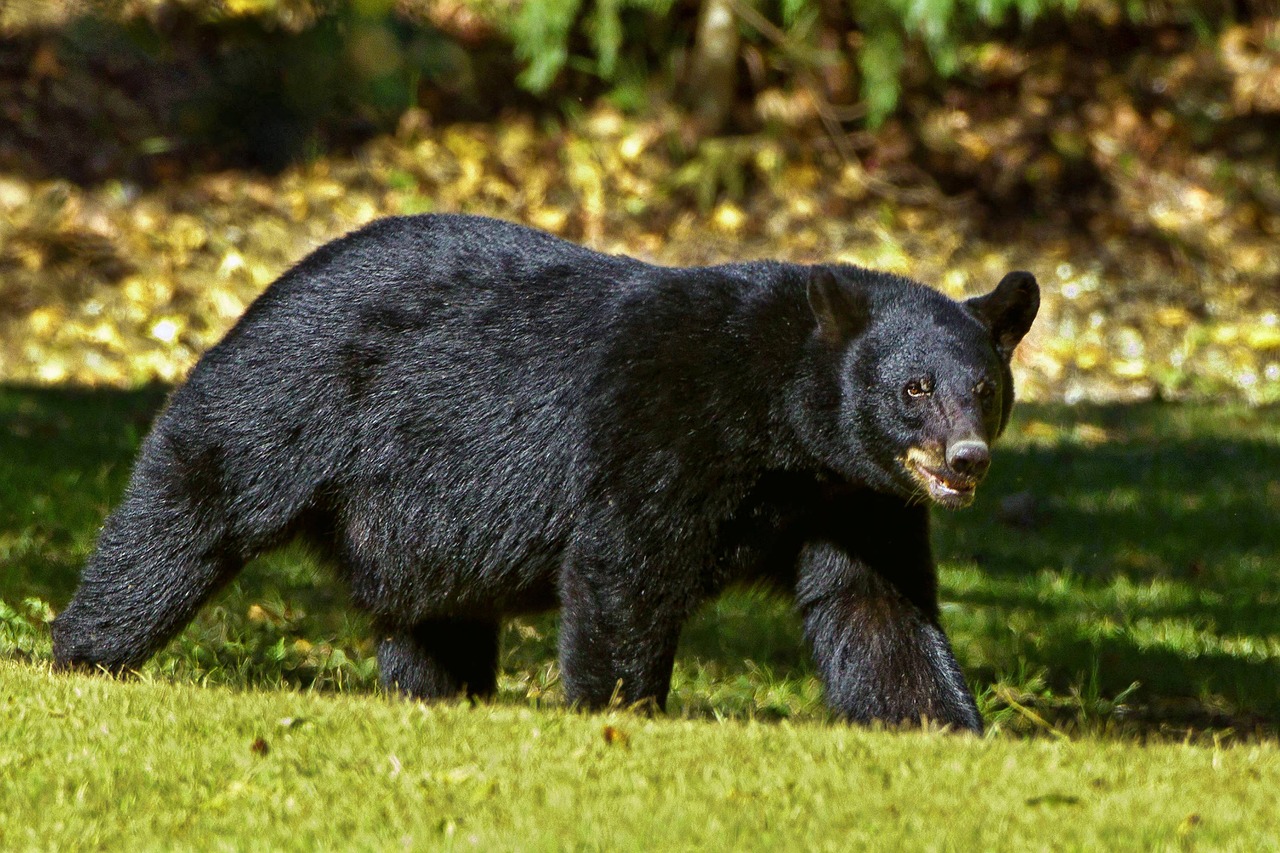 So how fast do black bears run? Black bears can run really fast: up to 35 miles per hour (56.3 kilometers/h). The top speed is achieved over short distances when they are running quickly from danger or when catching prey. A black bear’s powerful hind legs can propel it to such speeds which is quite impressive considering this mammal can weigh up to 400 pounds!

Black bears are extremely fast animals. They are the fastest among the eight extant families of bears. According to the latest research, the average adult black bear can run at speeds of up to 45 to 60 kilometers per hour.

Bears are fat and chubby species that are known for being irresistibly cute. But don’t be deceived by their looks, bears are carnivorous species known for being extremely aggressive and strong. A simple swing of a bear’s paw can cut open human flesh in half.

Among the 8 extant species of bear that currently live on our planet, Black Bears are the smallest, and yet they can weigh anywhere between 45 to 250 kg. It is interesting to note that despite being heavy and fatty black bears are surprisingly agile and are able to run fast considering their size and weight.

The world record holder in 100m sprints, Usain Bolt can get to top speeds of 27 mph. Bears are hostile animals with enormous strength that are capable of running quite fast, this makes bears truly dangerous.

In this article, we will have an in-depth look into how black bears are capable of running at high speeds and a lot of other interesting factors about black bears.

How fast do black bears run?

Black bears, in general, are found to run at speeds of 40 kph on flat grounds. That’s faster than what the Olympic gold medallist & the world record holder in 100m sprints, Usain Bolt can run.

To give you better clarity, a black bear can outrun a racehorse over a short distance.

There is a common misconception among most people that bears can run fast only on flat grounds and that they are slow while running on slopes or downhill.

Because of this, some believe that the best thing to do if you encounter a black bear is to run downhill. But this is not true because technically if you can run faster downhill so do bears can which makes it more dangerous. So when bears are running downhill or on a slope they can run at speeds of more than 40 kph.

It is important to note that in most cases of fatal injuries or death after an encounter with a bear in the wild, running plus the speed a bear reaches is believed to be the number one reason why people get killed.

How do black bears run fast?

There is a common misconception that bears are fat and they are incapable of running fast. What most people fail to see or are unaware of is that bears have strong muscles under the layer of fat you see. These muscles are more than enough to support a bear weighing 250 kgs.

You might have seen a bear standing on its hind legs and lumbering. They do this because most of their body weight is distributed to their hind legs. Imagine how strong would the hind legs have to be to support such an enormous weight?

These strong hind limbs are also responsible for the high speeds a black bear can achieve. Apart from the muscular strength, the sharp claws in the front and hind limbs give them an additional grip.

Similarly, if you have closely observed the morphological shape of bears in general, you can see that there are a lot similar to dogs. This is another reason why they can attain speeds of 40 kph easily.

Though it may sound silly, not just bears most four-legged animals can run faster than humans because they have 2 extra legs for generating that extra power.

How long can black bears keep up their pace?

Now that we have a clear understanding as to how fast a black bear can run, the next obvious question would be how long can they keep up their pace? Would they run out of juice fast?

Though we can’t generalize how long can a black bear can run at full pace, there is some interesting observation made by biologists. In the Yellowstone conservatory, scientists have observed a black bear running a distance of over 2 miles at speeds of 25-28 kph.

Similarly, there have been reported cases of a black bear running at 30 kph for more than a quarter miles.

It is important to note that none of these bears stopped running because they were out of breath. So no one knows how long can they keep up their pace.

It doesn’t matter how far a black bear can keep its pace, if you ever encounter a bear in the wild you don’t stand a chance of outrunning a bear. The only way a human can outrun a bear is they get a minimum of 2 miles’ head start. Well, that is never going to happen.

Can humans outrun a bear in the wild?

No way can a human outrun a bear because they can run almost double the speed at which a human can run. Let us imagine that you need to outrun a bear to a safe house that’s 1 mile away from where you stand.

Considering the maximum speed at which a human can run it will take you a minimum of 2 minutes to reach there. And all that it takes a bear running at 35 mph is 1 minute 10 minutes. So that makes it clear that humans don’t stand a chance against outrunning a bear.

The only way you can outrun a bear is if you get a minimum of 2 miles’ head start and you are a trained athlete with good stamina. This is never going to happen because at 2 miles you can’t even detect a bear. Once you are in the awareness zone of a bear the best thing to do is to use your brain rather than your foot.

How fast can a black bear climb a tree? 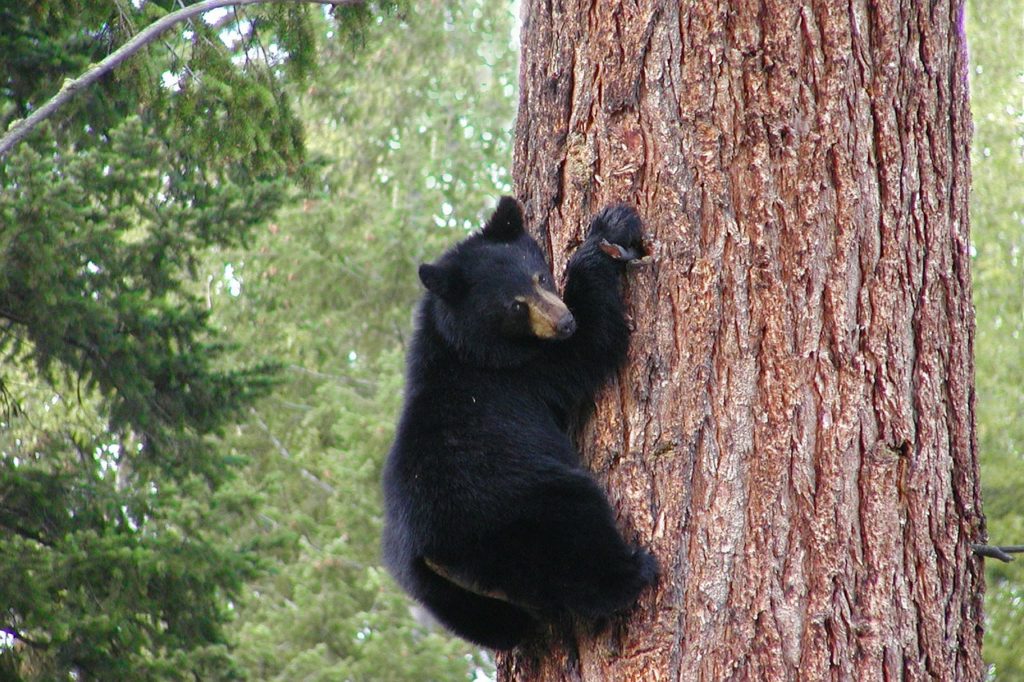 Black bears are not just agile on the ground they are extremely agile on trees too. Black bears can climb a 100ft high tree in less than 30 seconds. Climbing a tree in case of an encounter with a black bear is going to end up fatal.

The best chance one will have is to keep standing your ground until a bear leaves and walk away calmly.

How fast can a black bear swim?

Yes, black bears are good swimmers apart from being good runners. In fact, black bears love swimming and they are found to explore the waters in the area they live in.

These bears can effortlessly swim across rivers and lakes and there has been a reported case of a black bear that swam 9 miles to the Gulf of Mexico.

Fishes comprise the common diet of a black bear and they love foraging in the water for their favorite snack. It is interesting to note that baby black bears are born swimmers and they get accustomed to water easily.

Do black bears prey on humans?

According to a study conducted in 2011, it was estimated that black bears are responsible for most human attacks in the United States and Canada. Male and female black bears tend to attack humans for entirely different reasons.

Female bears are motivated to attack humans to protect their cubs or when she thinks that humans are going to be a threat to their cubs. That is not the case with male black bears. These giants see humans as a potential source of food and are more of a threat than females.

If you ever encounter one in the wild, never try to outrun it because it is virtually impossible. Always be prepared while you travel through a bear country remember to carry a binocular and always scan the territory.

If you spot one, slowly step back and leave the trail for the bear and move away quietly. The best defense against a black bear is to carry bear pepper spray with you when you go trekking through the bear territory.

Black bears are pretty amazing creatures. You may encounter them while hiking in a forest, or even while driving through the country. They are shy by nature and will keep their distance from you, as long as they are sure you aren’t going to hurt them.

But if you make them feel threatened, they will attack. If you see a bear while you are hiking, walk away slowly while staying calm. Never startle them because black bears have poor eyesight.

And that brings us to the end (pause for dramatic effect) of our article! We’ve covered how fast black bears run, along with a few other truly fascinating facts about them.

That must have been longer than you were expecting! On that note, I’ll thank you for reading and hope to see you again. Don’t forget to check out other articles on the site while you’re here. And if you get a chance, please email us — we love to hear your feedback and thoughts!