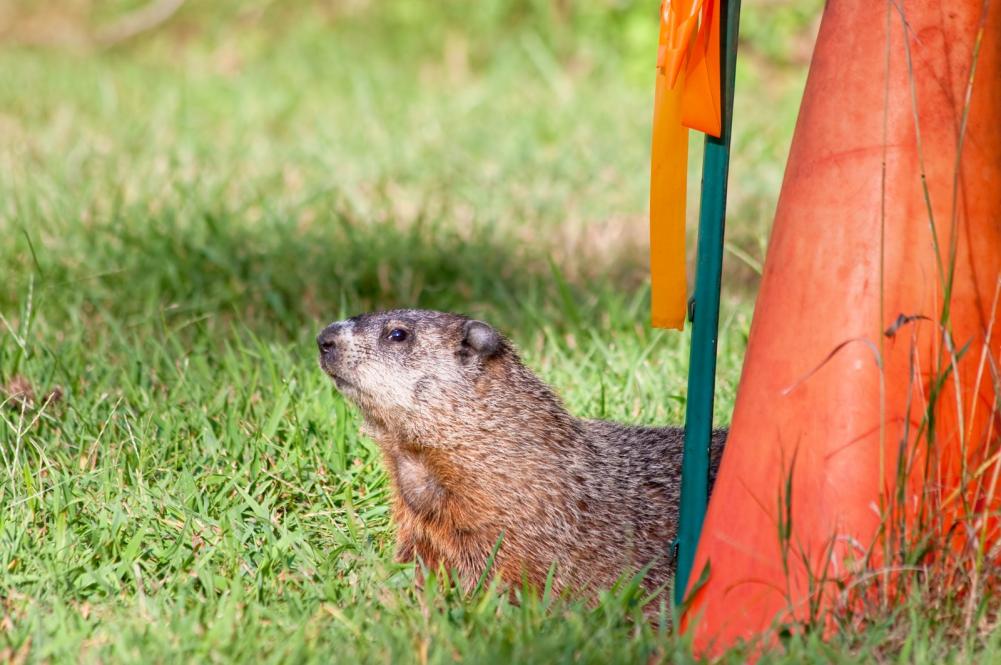 Groundhogs are adorable furry creatures that burrow in the ground, spend time on their own, and occasionally climb trees. In addition to that, they’re an important part of American culture.

Every year during Groundhog Day celebrations, a special groundhog is chosen as the main guest. Their job is to help us predict how early Spring will come that particular year. This is made possible by observing the creature’s shadow against the sunlight.

While this process may not be an accurate method of weather prediction, it’s an important part of a tradition that’s entertaining for the general population.

If you’ve been given the honor to name a groundhog, here are some cute and funny names for groundhogs that you can consider using.

Here’s a pet groundhog name that is based on the terms that are used for groundhogs in general.

Yellowbelly: A yellowbelly marmot is a type of rodent that’s similar to a groundhog.

In many instances, the two creatures’ names are used interchangeably. These small rodents are usually found in the western parts of the United States and the southwestern parts of Canada.

Therefore, this makes a great name for a pet groundhog. 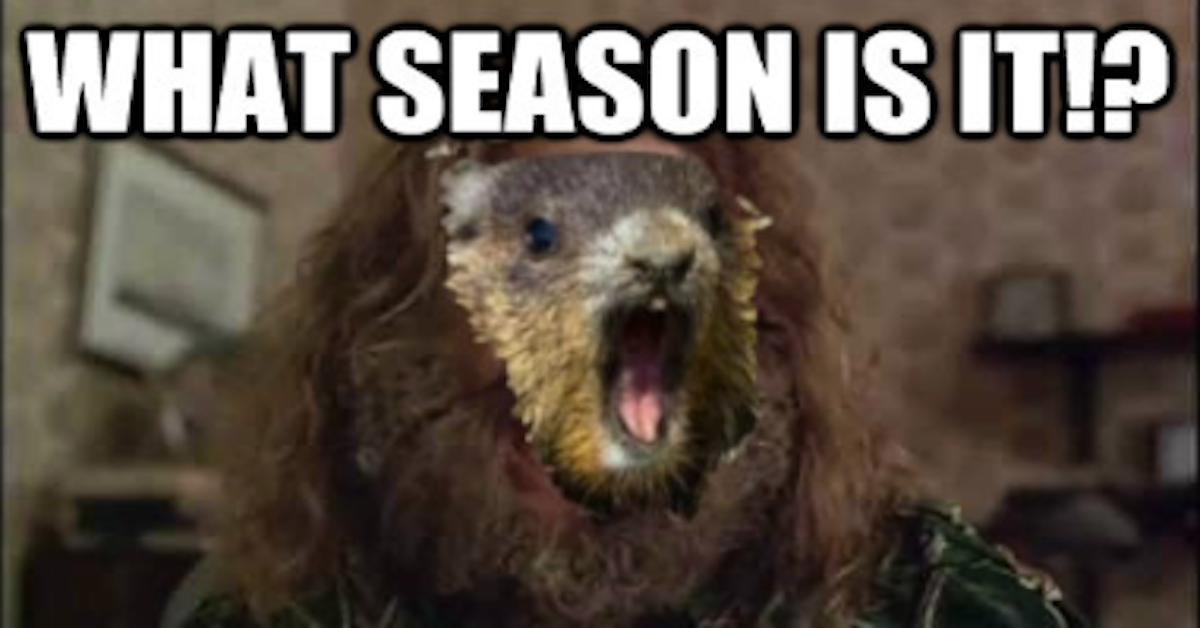 Giving a groundhog a funny name can be entertaining. So, here are some funny groundhog names you can use.

Whistle Pig: Groundhogs are sometimes also referred to as whistle pigs. This is because they tend to whistle when they’re alarmed by a predator. It’s a warning sign for other groundhogs in their colony that indicates a predator is nearby. It’s a funny name that you can definitely use for a groundhog.

Winter Potato: Groundhogs predict how long the existing winter season will last. And they also arguably look like walking potatoes. They’ve got the right color and shape. Based on these two characteristics, you can consider naming a groundhog Winter Potato.

SpringBringer: In North American culture, groundhogs are used to predict if there’ll be an early Spring that year. So, you could give a groundhog the name SpringBringer. It’s funny and apt, considering their predictions are only relevant for Spring.

Shadowfall: On Groundhog Day in North America, people often look at the position of an important groundhog’s shadow to predict when Spring will come that year. So, you consider naming a groundhog Shadowfall. The name has some significance to it as well.

Chattanooga Chuck: This is the name of a groundhog from the Tennessee Aquarium. He’s one of the most popular beautiful creatures living there. He’s also been staying in that aquarium for over 8 years now.

He’s known for making predictions about the weather. He does so with help from the staff members at the Tennessee Aquarium. He also has his own Twitter account, where he shares his thoughts with his many followers.

If you want to name a groundhog, you should definitely consider naming it after this famous resident in Tennessee.

Jimmy the Groundhog: This name is given to a groundhog that bit Jonathan Freund’s ear when he was mayor of Sun Prairie, Wisconsin, in 2015. Because of that incident, Jimmy the groundhog has become the official groundhog of that city.

He’s no longer kept in custody and has been released in the wild. He has been replaced by another groundhog since then. However, during Groundhog Day celebrations, he’s kept in a cage. This to prevent any further accidents from occurring.

So, if you’re naming a groundhog that’s a biter, you should consider the name Jimmy.

Punxsutawney Phil: This groundhog has been living on this green planet for over 132 years old, according to the Pennsylvania club. He’s definitely not one of the most accurate predictors of the weather. His accuracy percentage is only 39%.

If you’re naming a groundhog that you’re hoping will live as long as Punxsutawney Phil, you should definitely consider using his name.

Weatherman: Groundhogs are generally known for making predictions of the weather just before the spring season comes. So, it seems apt to name a groundhog Weatherman. They do make great predictions sometimes.

Here are some more good groundhog names that you can use. 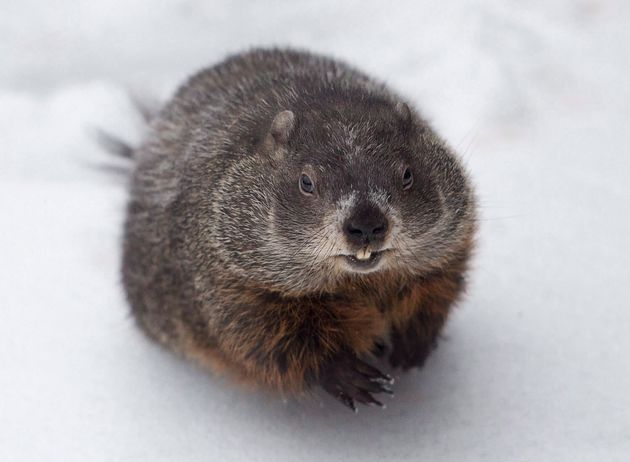 Groundhogs are also found in parts of Canada. There have been some popular groundhogs from this country over the years. So, here are some Canadian groundhog names.

Like most other groundhogs, Willie used to predict the upcoming weather for that year. Sadly, Wiarton Willie left this world in 2006. However, you can honor him by naming a groundhog Willie. It’s also a fairly easy name to say out loud.

Shubenacadie Sam: This is the name of a groundhog who resides in the Shubenacadie Wildlife Park. This park is situated in a small town in Nova Scotia called Shubenacadie. So, Sam’s first name comes from where he’s from.

Sam was also used to make predictions of the upcoming spring season every Groundhog Day, the 2nd of February. Sam is a particularly important groundhog because they make the first prediction in all of North America. This is because of the time zone in Nova Scotia.

So, Sam is a cute groundhog name that has relevance in Canadian culture.

Groundhogs enjoy spending time on their own. Because of that, the female ones usually like to wander off for about a year until they need to mate.

If you’re looking to name a girl groundhog, here are some names you can consider.

Sidewinder: This is the original name of the famous groundhog that’s commonly known as Dunkirk Dave. Sidewinder’s owner, Bob, who’s a wildlife rehabilitator licensed by the state, used her for a very long time to predict when the spring weather would come.

Because of that, she was featured in the local newspaper, Dunkirk Evening Observer. After that, Sidewinder was popularly known as Dunkirk Dave.

If you’re looking for a great name for a girl groundhog, you can’t go wrong with Sidewinder. It’s cool, and the name has a story to it, too.

Here’s a comprehensive list of some more cute and funny female groundhog names that you can consider using.

Here are a couple of popular groundhog names that you can consider using.

Woodchuck: This term is also used to describe groundhogs. This is because there’s a common misconception that groundhogs chuck wood, i.e., they eat it.

That said, they do chuck dirt when they’re burrowing into the ground. So, Woodchuck is a nice pet name for a groundhog because there’s a story behind the name.

T-Boy: T-Boy the Nutria is a groundhog from New Orleans. Since 1996, T-Boy has been predicting the weather every year during Groundhog Day celebrations. If you’re looking for a cool and popular name for a groundhog, T-Boy may be it.

Here’s a cool groundhog name you can consider using.

Wolverine: Anyone who knows anything about superhero comic books knows about the character Wolverine. Wolverine is a mutant from Marvel Comics and is a part of the team called the X Men.

Wolverine has metal claws that eject out of his fists at his will. What some people may not know is that a wolverine is also an animal.

A wolverine belongs to the weasel family and looks somewhat similar to a groundhog, even though the latter is a rodent and not a weasel.

So, if you’re looking for a cool name for a groundhog, you should consider Wolverine.

Groundhogs are an important part of traditional celebrations. Therefore, they need great and memorable names. Well, the good news is that you can’t go wrong with choosing any of the cute and funny groundhog names that we’ve mentioned above.

Where Do Groundhogs Live?