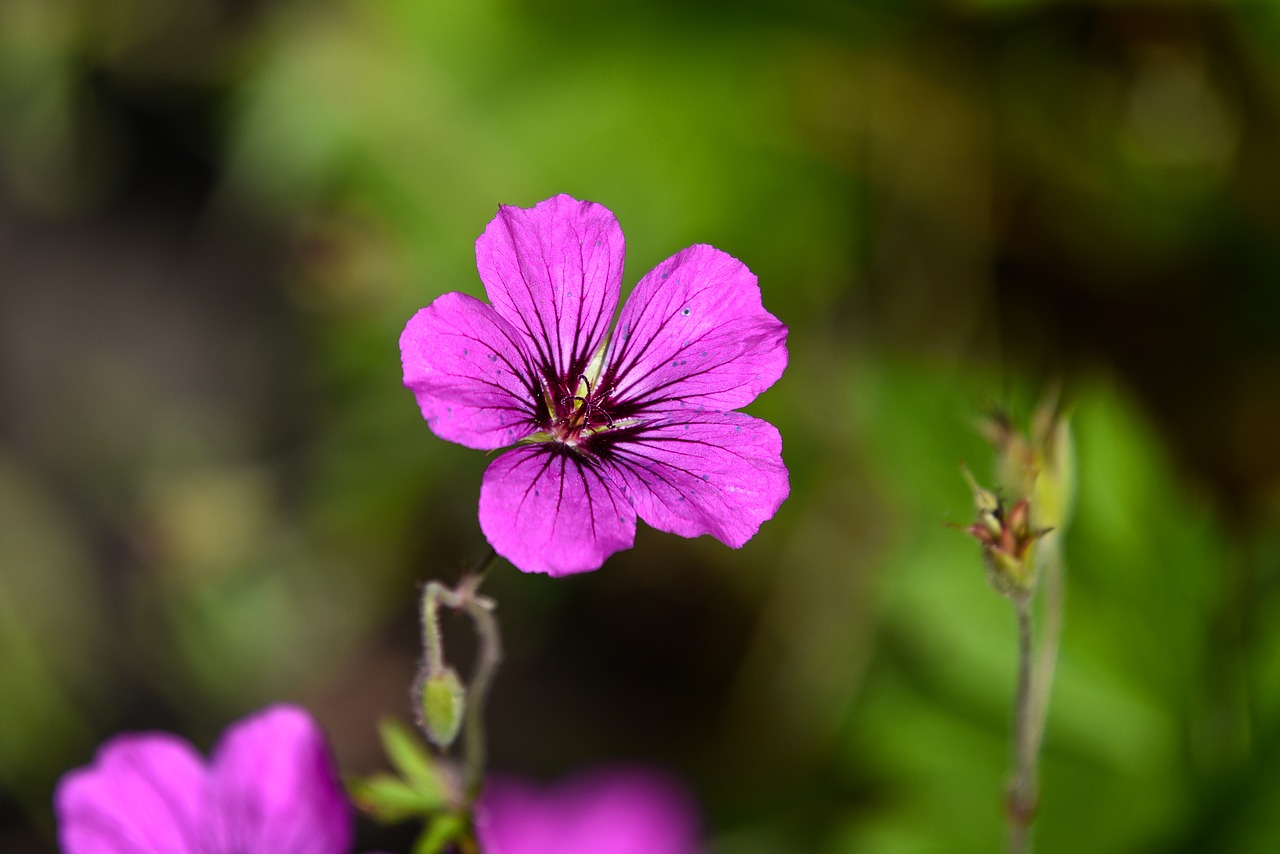 I was making a list of annual deer resistant plants for the greenhouse. One of my friends told me about geraniums which really caught my attention. I wanted to know whether deer eat geraniums or they really hate their scent as my friend told. So, I decided to do a little bit of research myself and here is what I found.

So, do deer eat geraniums? No, most of the deer species do not like to eat geraniums at all. In fact, geraniums are used as a good deer repellent that can ward off a deer away from your garden. It is the scent, bitter taste and high toxicity level of geraniums that causes deer to go away from this plant.

Before we get into what deers don’t like, let’s identify what they do. Deers are herbivores. Their diet consists of plants, nuts, shrubs and fruits along with all parts of the fruit tree (especially young trees).

According to researchers from the University of Rhode Island, who’ve studied white-tailed deer damage in the Northeast, they show preference to narrow-leafed evergreens. It is also noted that deer will go after fertilized plants over non-fertilized plants.

Though there are many things that will ward off deer, geraniums are known by many to be a good deer repellent.

Geraniums are actually separated into two genus groups. These are the geranium genus (more hardy) and the Pelargonium genus more tender). They are bright flowers that are easy to take care of and bloom from spring until fall.

Geraniums originate in the temperate parts of the world, and in the mountainous regions of the tropics. They are also located in the eastern part of the Mediterranean. True geraniums are known as cranesbills. There are 422 different kinds.

Deers usually turn their nose up at fragrant geraniums with strong pungent scents. It is most definitely an appetite snatcher for them. There is an endless list of scented geraniums. They come in scents such as citrus, fruit, mint, nut and pungent.

Flowers such as bearded irises, bleeding hearts, Wildwood, juniper, variegated oak leaf, and peonies are too fragrant for these animals. Herbs such as sage, mint, lavender, lemon balm, and rosemary are all seen as stinky and undesirable to them.

Plants with that are spiked or fuzzy or have spiked or fuzzy leaves are no desire of any deer either (unless very desperate). So plants such as lamb’s ear and spires will not be sought out.

As expected, they also don’t like geraniums with high toxicity levels. Daffodils, nightshade, alliums, poppies, and foxgloves are examples of such.

They will eat lower toxicity level plants with a mix of other shrubbery and nuts to negate the toxic effects. This is attributed to being ruminants.

Ruminants, also known as cud-chewers have a stomach made of four chambers. This helps the digestion process and also makes them less susceptible to illness-related symptoms when it comes to toxic plants. The lower the toxicity level the better to mix in with their diet.

The higher the toxicity the higher the chance they can become ill or make it harder to digest what they have consumed. Deer need a mixed diet to receive all the nutrients their body needs.

With all these characteristics such as bitter, heavily scented, toxicity, fuzzy, or being prickly geraniums are considered deer repellents. Many people plant geraniums in their gardens to ward off deer from eating and destroying their gardens.

When bought, most stores will have a deer-resistant symbol or tag where the information card of the plant is located. Though they are not 100 percent effective, they do a decent job deterring these animals from making hunting grounds out of one’s yard.

Why Did a Deer Eat My Geraniums?

When deer eat geraniums, it is usually out of desperation. Their heaviest browsing period is in the colder times of the year. This is from October to February. This is when food is most scarce and when deer become their most desperate.

Geraniums are not usually desired by deer and are usually avoided. Other factors such as rainfall, temperature difference, species, location and the abundance of typical diet sustenance should also be considered when taking into account the willingness of a deer consuming geraniums.

All in all, when it comes to deer like many animals they have a very specific diet. Being that geraniums are not favored in this diet by the deer themselves, gardeners use that as an advantage.

They are not only appealing in appearance but also help in making their garden as deer resistant as possible. All things considered, geraniums are the best natural deer repellent.

Deer’s brain is wired in a way that it can sense poisonous plants from a distance. They try to stay away from these types of plants hence, we can grow certain plants such as foxgloves, daffodils, peonies, etc.

Deer also try to stay away from strong-smelling plants such as lavenders, sages, irises, etc. Deer nose is very sensitive to smell and strong-smelling herbs can really irritate a deer.

Deer like any most other herbivores animals definitely don’t like to eat bitter herbs. Plants such as lobelia red cardinal are very bitter in taste, therefore, they like to stay away from these plants.